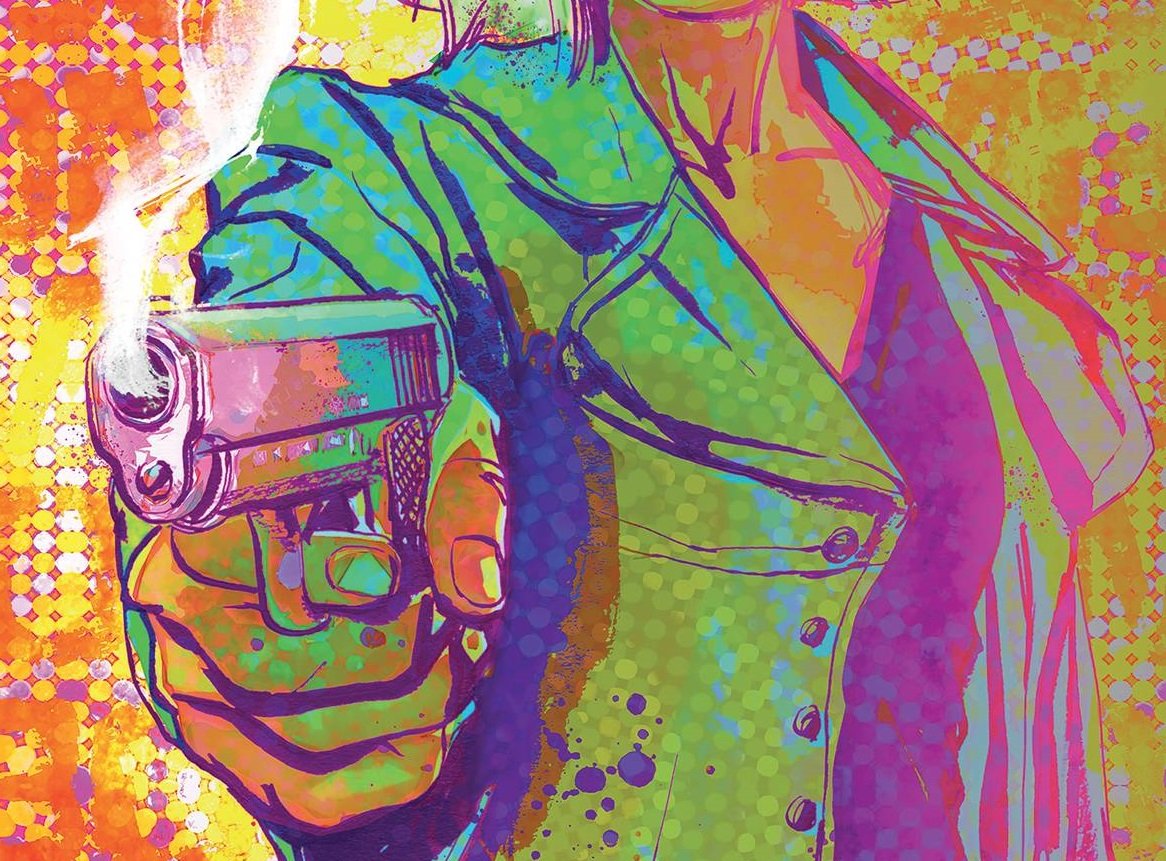 Our list of best crime, mystery and thriller comics and graphic novels for the March 2022 includes highly-anticipated titles such as Pearl Volume 1 as well as the conclusion to popular series Sleeping Beauties.

Note: For Mystery Tribune’s recent coverage of the most notable comics titles, you can also check out “Best Military-Themed Comic Books and Graphic Novels” and “Best Crime, Drama and Thriller Graphic Novels For Black History Month”.

Sir Roland King was Britain’s most famous spy. Now, he’s riddled with bullets and dying in a slum apartment. But in his time of greatest need, an old love has returned to nurse him back to life.

She wants him back on his feet to finish his self-assigned final mission: murdering all the men and women in high office that he knows are to blame for the absolute mess the world has become. He is happy to oblige.

Pearl Tanaka’s an outsider among outsiders. A Japanese American with albinism, she was born into a world ruled by the American yakuza. Now she uses her unequaled skills as a tattoo artist to make a living in San Francisco, and all that she owes to the yakuza is the occasional kickback from her shop.

That all changes the day that she meets Rick Araki…and saves his life. Rick is another tattoo artist, who’s run afoul of a different yakuza clan. By interfering with their hit on him, Pearl risks drawing her patron into a deadly gang war.

Worse, Pearl has revealed to her yakuza bosses one of her deepest secrets: she has a talent for killing. Now, to pay off her debt, she must become an assassin for her yakuza clan. But Pearl Tanaka’s secrets run more than just skin deep.

This is the 9th installment in “The Good Asian” comic series: Following Edison Hark—a haunted, self-loathing Chinese-American detective—on the trail of a killer in 1936 Chinatown, THE GOOD ASIAN is Chinatown noir starring the first generation of Americans to come of age under an immigration ban, the Chinese, as they’re besieged by rampant murders, abusive police, and a world that seemingly never changes.

If you are new to the series, here you can check out the 1st installment.

We Only Kill Each Other (comiXology Originals) #5

The year is 1938. The threat of World War II looms over the United States, where Nazi sympathizers and fascists have taken root on American soil in alarming numbers. In New York City, resistance to the American Nazi movement grows amongst the ranks of Jewish-American gangsters.

Enter Jonas Kaminsky, a rising small-time gangster who’s embroiled in a turf war with Levi Solomon, an old-time mob boss with millions tied up in gambling and booze.

When thrown together in an unexpected circumstance, it turns out that the one thing these gangsters hate more than each other is Nazis. We recently reviewed this series here:  it’s indeed one of our favorite comic series this season.

This is the 5th installment in a new comic series by CHIP ZDARSKY (Daredevil) and JACOB PHILLIPS (THAT TEXAS BLOOD): EASTON NEWBURN is a private detective without loyalties, investigating conflicts between rival crime factions while collecting enemies along the way.

In the DEBUT ISSUE, a man is murdered after stealing from his own mafia family, but they aren’t the ones who ordered the hit. In the #5 issue, Newburn finds himself in his most dangerous position yet—in prison, surrounded by the men he helped put there. Here’s the link to the first installment.

The sold-out, Eisner Award-nominated horror series has returned with a riveting bloody entrance and we only up the ante from here! From RODNEY BARNES, the writer behind such hit shows as Marvel’s Runaways and STARZ’s American Gods, and JASON SHAWN ALEXANDER, the artist who redefined SPAWN.

SeeSaw, the universe-bending vampire who has traveled through time and space, has proven himself a powerful ally to the heroes fighting vampire queen Abigail Adams’ reign of terror.

But this massive step-up brings unwanted attention from a mysterious figure who plans to crush the rebellion. Now, America’s untold history is finally laid bare…will SeeSaw find a way to save the city, or will the undead flesh be ripped from his bones as a warning to others? (see Issue #1 here).

This is the Issue #20 in this comic series: the creative powerhouses behind the bestselling, critically acclaimed GOD COUNTRY, Thanos Wins, and REDNECK returns with Crossover.

Imagine everything you thought was fantasy…was real. And now join us, in a world where reality is dead…and anything is possible.

Follow Me Into The Darkness #2 (You Promised Me Darkness)

An overview of the story: Approximately every 75 years, Halley’s Comet orbits around the sun, and every time this happens people around the world are born with incredible abilities, special auras that grant them with supernatural skills, but those auras can also be cursed.

Yuko and Sebastian, two siblings with special auras are constantly running from an evil being, known as the “Anti-everything,” who feeds from these special auras, getting stronger with each intake. This being is obsessed with these brothers’ auras and will not stop until he feasts on them.

In this issue, the end of the world is close. In Alaska, Sebastian and Jolene are escaping from a group known as the Comet Society. Meanwhile, in the not-so-distant future, Sage and the others fight with an old friend. The darkness grows.

Lucky: A Scar Is Born

The Roaring Twenties: A decade of wealth, excess and prosperity for many – but not all. While the successful segments of American society were living lavishly, the darker corners were spawning, shaping and honing the talents of young and enterprising criminals. With the impending doom of economic disaster looming, and the prohibition of narcotics and alcohol, the country, culture, and economics were primed for a new era of gangsterism to evolve.

Overview of the comic series: Based on the horror novel by Stephen and Owen King and adapted by Rio Youers (THE FORGOTTEN GIRL) and Alison Sampson (HIT GIRL, WINNEBAGO GRAVEYARD)! With A covers by Annie Wu (BLACK CANARY, HAWKEYE)! A strange sleeping sickness, known as Aurora, has fallen over the world, and strangest of all, it only affects women.

In the small town of Dooling, a mysterious woman has walked out of the woods; she calls herself Eve and leaves a trail of carnage behind her. More mysterious: she’s the only woman not falling asleep. (see the Issue #1 here).

Issue #10: This is the end. Sleeping Beauties #10 is the finale we’ve all been waiting for. How will your favorite characters fare?