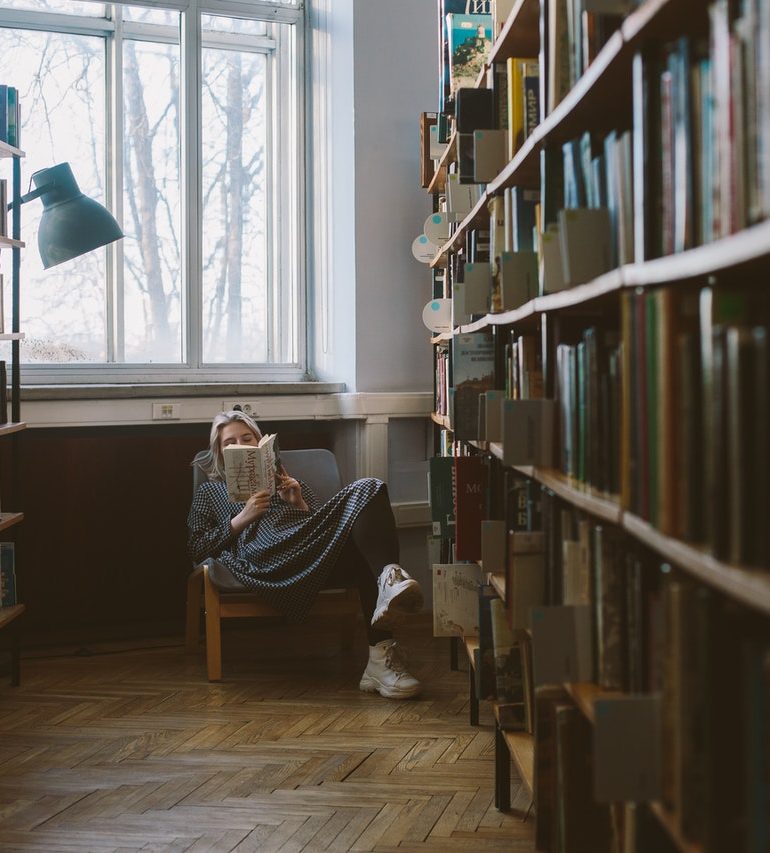 Our picks for best crime, mystery and thriller books of April 2021 include Tom Clancy-style novel Special Activities by Mark A. Hewitt as well as cozy mystery novels such as Purrfectly Dead by Dixie Lyle.

These mystery and thriller books will surely bring joy to avid crime fiction and mystery readers.

Levi’s War by Julie Thomas (April 7). Levi Horowitz isn’t a natural-born soldier. But in November 1938, Berlin is a volatile place for a Jew, and the talented young musician secures passage to Switzerland. Instead, Levi is taken to a Danish border checkpoint and from then on his war becomes secret, even from those he loves best.

In 2017, a recording emerges, showing Levi in 1945 and revealing a story in equal parts shocking and heroic. It is a journey that leads him face-to-face with Hitler, and into a position to change the final outcome of the war.

Levi’s War follows on from the enthralling historical novels The Keeper of Secrets and Rachel’s Legacy, this time tracing the story of the eldest Horowitz son. Whether you’re discovering Julie Thomas’s books for the first time, or making a return visit to the saga of the Horowitz family, Levi’s War will leave you utterly breathless.

Lady Joker, Volume 1 by Kaoru Takamura (April 13). Tokyo, 1995. Five men meet at the racetrack every Sunday to bet on horses. They have little in common except a deep disaffection with their lives, but together they represent the social struggles and griefs of post-War Japan: a poorly socialized genius stuck working as a welder; a demoted detective with a chip on his shoulder; a Zainichi Korean banker sick of being ostracized for his race; a struggling single dad of a teenage girl with Down syndrome.

The fifth man bringing them all together is an elderly drugstore owner grieving his grandson, who has died suspiciously after the revelation of a family connection with the segregated buraku community, historically subjected to severe discrimination.

Intent on revenge against a society that values corporate behemoths more than human life, the five conspirators decide to carry out a heist: kidnap the CEO of Japan’s largest beer conglomerate and extract blood money from the company’s corrupt financiers.

Inspired by the unsolved true-crime kidnapping case perpetrated by “the Monster with 21 Faces,” Lady Joker has become a cultural touchstone since its 1997 publication, acknowledged as the magnum opus by one of Japan’s literary masters, twice adapted for film and TV and often taught in high school and college classrooms.

Dance with Death (A Barker & Llewelyn Novel) by Will Thomas (April 13). In June of 1893, the future Nicholas II travels to London for a royal wedding, bringing with him his private security force and his ballerina mistress, Mathilde Kchessinska. Rumored to be the target of a professional assassin known only as La Sylphide, and the subject of conspiracies against his life by his own family who covet his future throne, Nicholas is protected by not only private security, but the professional forces of both England and Russia.

All of these measures prove inadequate when Prince George of England is attacked by an armed anarchist who mistakes him for Nicholas. As a result, Barker and Llewelyn are brought in to help track down the assassin and others who might conspire against the life of the tsesarevich. The investigations lead them down several paths, including Llewelyn’s old nemesis, the assassin Sofia Ilyanova.

With Barker and Llewelyn both surviving separate attempts on their lives, the race is on to find both the culprit and the assassin they hired. Taking them through high society (including a masked ball at Kensington Palace) and low, chasing down motives both personal and political, Barker and Llewelyn must solve the case of their life before the crime of the century is committed.

The Bully (A Paranormal Thriller) by K.J. Kwon (April 15). Since the day I declined my boss’ sexual advance, all hell has broken loose. She has abused me with impossible assignments during our work day and haunts me as a vicious spirit at night.

I am losing my mind. I am constantly seeing my boss transforming into a vicious spirit. Desperate to set myself free, I pay her a visit with a final plan…but even my extreme measure doesn’t provide a way out. Maybe there is a world of demons hidden just beneath the surface of everyday life.

Games People Play by Owen Mullen (April 20). While her parents are just yards away, thirteen-month-old Lily Hamilton is abducted from Ayr beach in Scotland. Three days later, her distraught father turns up at private investigator Charlie Cameron’s office. Mark Hamilton believes he knows who has taken his daughter. And why.

Against his better judgment, Charlie takes the case—and when bodies are discovered, he suspects this may not be an isolated crime. Is there a serial killer whose work has gone undetected for decades? Is baby Lily his latest victim? Charlie won’t be able to give up on this case. Memories and guilt from his childhood won’t let him.

Prisoner by Ross Greenwood (April 22). Prison Officer Jim Dalton works on the male side of HMP Peterborough. It’s a dangerous place, fuelled by testosterone-driven violence, but he’s done the job for a long time. He understands the unwritten rules, and he has the prisoners’ respect.

When Dalton is transferred to the female side of the prison his next shift is so easy he can’t believe that the officers over there get paid the same wages. He sleeps well for the first time in years.

Billie hasn’t had it easy in life, and she has earned the nickname Damage because she can give as good as she gets. Ending up in prison might have been inevitable, but Billie hasn’t given up on her dreams yet. If there’s a way to make her time inside easier and to get out of prison faster, she’s going to find it.

When Dalton is assigned to the young offenders’ wing, dealing with female prisoners no longer seems so simple, and in Billie he fears he may have met his match. As every day passes, Dalton is slowly drawn in to new traps and a new nightmare. And as Billie starts to turn the screw, Dalton stands to lose everything.

Special Activities by Mark A. Hewitt (April 29). When Iran’s leaders celebrate the creation of a bioweapon that could potentially annihilate the United States, the news sparks a race to acquire or stop the most lethal virus in the world.

CIA pilot Duncan Hunter has conducted “special activities” across three continents for twenty years; finding hostages and facilitating their rescue, finding and destroying drug labs and submersibles, killing drug crops with technology, and hunting down and eliminating the high-profile men who seek to become the next leader of international terrorism.

Iran has always been off limits. When U.S. Navy SEALs rescue an American woman from an ISIS compound, analysts suggest the bride of a captured terrorist could have key information of a plan to spread a contagion via commercial airliners and international airports.

But the woman will not talk to just anyone. The Agency’s most secretive and successful black program is winding down. Does Duncan Hunter have anything left in his bag of tricks before he is booted out of the agency?

Purrfectly Dead by Dixie Lyle (April 27). When zillionairess Zelda Zoransky throws a party, she means business. Assistant extraordinaire, Deidre “Foxtrot” Lancaster knows she’s in for a night when anything can—and will—happen. The evening’s festivities include a high-stakes game between two escape artists locked in a bitter rivalry.

PURRFECTLY DEAD. The magic turns tragic when one of the escape artists ends up dead. This is no disappearing act—it’s murder. The suspects include a scientist with a 3D printer, a psychedelically-impaired rock star, and a serpent-tongued ghost with ties to the Garden of Eden. Now it’s up to Foxtrot, Tango, and Whiskey figure out which guest commited the crime before they reach they end of this deadly game of Clue. How will this tail end?

No Sleep Till Wonderland by Paul Tremblay (April 20). Like most private eyes, Mark Genevich is something of a lone wolf. So group therapy isn’t a great fit. But his landlord/mother is convinced it will help his narcolepsy—ignoring the fact that his disorder is a physical condition. Truth is, he has the time. It’s been a year and a half since his last big case, or any case.

It’s never a wise choice to go on a two-day bender with someone you meet in group therapy, but there’s something about Gus that intrigues Genevich. And when his new drinking buddy asks him to protect a female friend who’s being stalked, the PI finally has a case.

Unfortunately, he’s about to sleepwalk right into a very real nightmare. Before long he’s a suspect in an arson investigation and running afoul of everyone from the cops to a litigious lawyer and a bouncer with anger management issues. Genevich must keep his wits about him—always a challenge for a detective prone to unexpected blackouts and hallucinations—to solve the crime and live to show up at his next therapy session.

Skelton’s Guide to Suitcase Murders by David Stafford (April 22). November 1929. A woman’s dismembered corpse is discovered in a suitcase and police quickly identify her husband, Doctor Ibrahim Aziz, as their chief suspect. Incriminating evidence is discovered at his home and his wife was rumored to be having an affair, giving him clear motive.

With his reputation for winning hopeless cases, barrister Arthur Skelton is asked to represent the accused. Though Aziz’s guilt does not seem to be in doubt, a question of diplomacy and misplaced larvae soon lead Skelton to suspect there may be more to the victim’s death.

Aided by his loyal clerk Edgar, Skelton soon finds himself seeking justice for both victim and defendant. But can he uncover the truth before an innocent man is put on trial and condemned to the gallows?

Farewell My Herring by L C Tyler (April 22). Ethelred Tressider and his agent Elsie Thirkettle have been invited to lecture on a creative writing course at Fell Hall, a remote location in the heart of ragged countryside that even sheep are keen to shun.

While Ethelred’s success as a writer is distinctly average, Elsie sees this as an opportunity to scout for new, hopefully more lucrative, talent. But heavy snow falls overnight, trapping those early arrivals inside, and tensions are quick to emerge between the assembled group.

When one of their number goes missing, Ethelred leads a search party and makes a gruesome discovery. With no phone signal and no hope of summoning the police, can Ethelred and Elsie identify the killer among them before one of them is next?