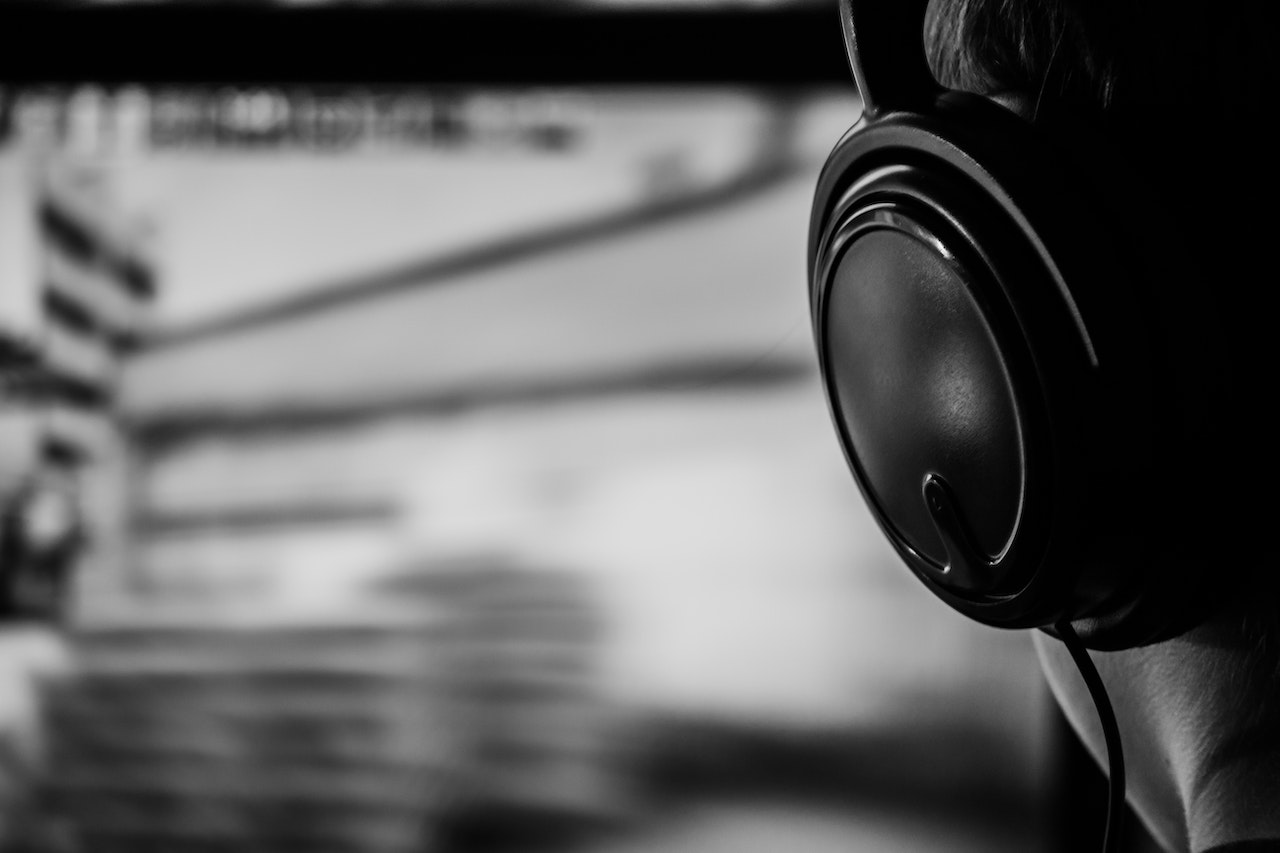 Our new list of best-selling crime, mystery and thriller audiobooks for September 2022 includes new Longmire mystery Hell and Back by Craig Johnson as well as highly anticipated Forsaken Country by Allen Eskens.

For our coverage of best and most notable audiobooks, please visit here.

One of the hottest audiobooks out there now:

Charlie Reade looks like a regular high school kid, great at baseball and football, a decent student. But he carries a heavy load. His mom was killed in a hit-and-run accident when he was ten, and grief drove his dad to drink. Charlie learned how to take care of himself—and his dad. When Charlie is seventeen, he meets a dog named Radar and her aging master, Howard Bowditch, a recluse in a big house at the top of a big hill, with a locked shed in the backyard. Sometimes strange sounds emerge from it.

Charlie starts doing jobs for Mr. Bowditch and loses his heart to Radar. Then, when Bowditch dies, he leaves Charlie a cassette tape telling a story no one would believe. What Bowditch knows, and has kept secret all his long life, is that inside the shed is a portal to another world.

King’s storytelling in Fairy Tale soars. This is a magnificent and terrifying tale in which good is pitted against overwhelming evil, and a heroic boy—and his dog—must lead the battle.

Early in the Pandemic, King asked himself: “What could you write that would make you happy?”

“As if my imagination had been waiting for the question to be asked, I saw a vast deserted city—deserted but alive. I saw the empty streets, the haunted buildings, a gargoyle head lying overturned in the street. I saw smashed statues (of what I didn’t know, but I eventually found out). I saw a huge, sprawling palace with glass towers so high their tips pierced the clouds. Those images released the story I wanted to tell.”

Oath of Loyalty by Vince Flynn

Another top audiobook: With President Anthony Cook convinced that Mitch Rapp poses a mortal threat to him, CIA Director Irene Kennedy is forced to construct a truce between the two men. The terms are simple: Rapp agrees to leave the country and stay in plain sight for as long as Cook controls the White House. In exchange, the administration agrees not to make any moves against him.

This fragile détente holds until Cook’s power-hungry security adviser convinces him that Rapp has no intention of honoring their agreement. In an effort to put him on the defensive, they leak the true identity of his partner, Claudia Gould. As Rapp races to neutralize the enemies organizing against her, he discovers that a new generation of assassins is on her trail. A killer known to intelligence agencies only as Legion.

The shadowy group has created a business model based on double-blind secrecy. Neither the killer nor the client knows the other’s identity. Because of this, Legion can’t be called off, nor can they afford to fail. No matter how long it takes—weeks, months, years—they won’t stand down until their target is dead. Faced with the seemingly impossible task of finding and stopping Legion, Rapp and his people must close ranks against a world that has turned on them.

US President Keegan Barrett has swept into office on his success as Director of the CIA. Six months into his first term, he devises a clandestine power grab with deadly consequences.

Barrett personally orders CIA agents Liam Grey and Noa Himel to execute his plan, but their loyalties are divided. The CIA serves at the pleasure of the president, yet they’ve sworn to support and defend the Constitution of the United States against all enemies, foreign and domestic.

When the threat comes directly from the Oval Office, that’s where the blowback begins.

The Bullet That Missed (A Thursday Murder Club Mystery, Book 3) by Richard Osman

A favorite audiobook of ours this month: It is an ordinary Thursday, and things should finally be returning to normal. Except trouble is never far away where the Thursday Murder Club are concerned. A decade-old cold case—their favorite kind—leads them to a local news legend and a murder with no body and no answers.

Then a new foe pays Elizabeth a visit. Her mission? Kill or be killed. Suddenly the cold case has become red hot.

While Elizabeth wrestles with her conscience (and a gun), Joyce, Ron, and Ibrahim chase down the clues with help from old friends and new. But can the gang solve the mystery and save Elizabeth before the murderer strikes again?

From an upmarket spa to a prison cell complete with espresso machine to a luxury penthouse high in the sky, this third adventure of the Thursday Murder Club is full of the cleverness, intrigue, and irresistible charm that listeners have come to expect from Richard Osman’s bestselling series.

Other best-selling audiobooks in our September 2022 list include the following: