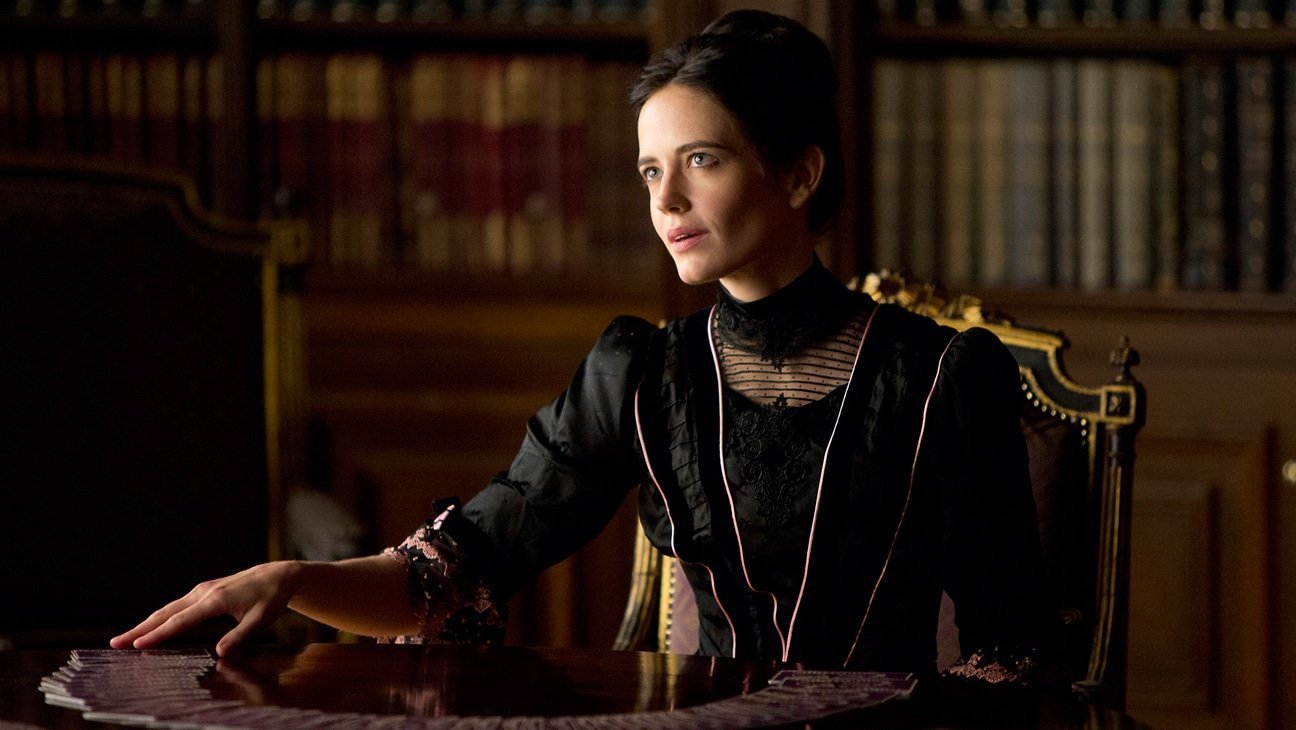 Freshly compiled, our list of 16 Best Horror TV Shows On Amazon Prime combines our analysis of new, exciting and absorbing shows with feedback and comments of our readers on what shows they have loved the most.

Our list includes popular titles such as The Walking Dead as well as classic TV shows including Tales of the Unexpected.

For 2020 and beyond, if you are having difficulty working your way through Amazon Prime horror shows and want to be entertained in a big way, here is your go-to guide. Hopefully our list will make the life easier for you.

Note: For other notable titles in the crime and thriller genre, please visit 36 Best Crime Drama And Thriller Shows On Amazon Prime: 2020 Edition.

An anthology horror series based on the 1982 movie features vignettes that explore terror, murder, the supernatural and the unexplainable. 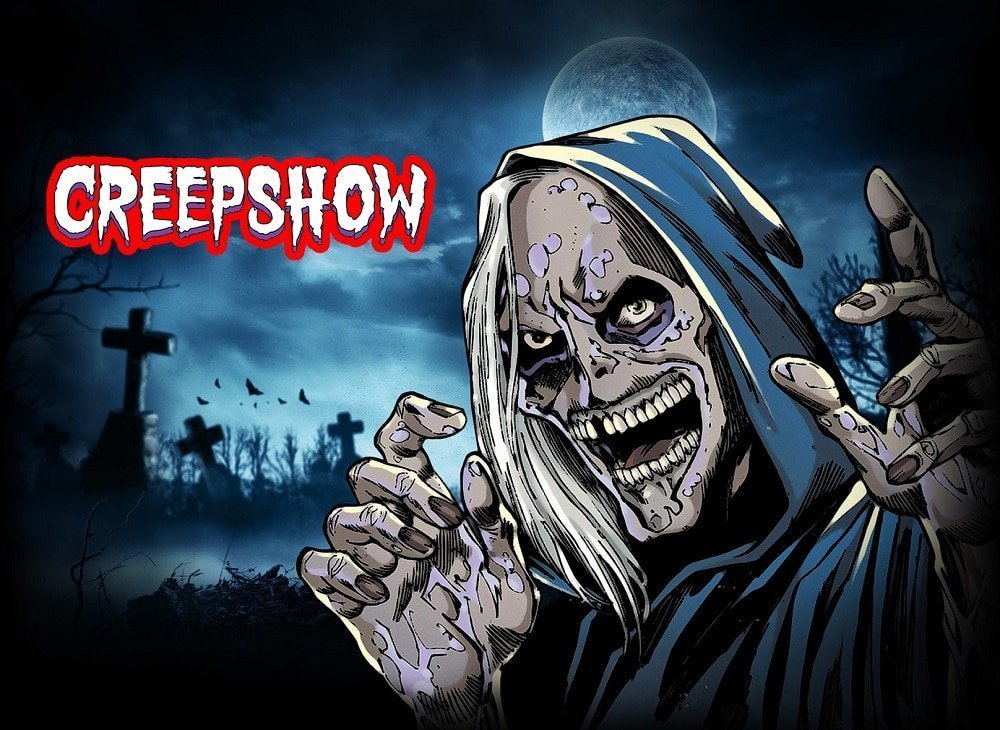 Many people are familiar with classic literary characters like Dr. Frankenstein and Dorian Gray. “Penny Dreadful” brings those and other characters into a new light by exploring their origin stories in this psychological thriller that takes place in the dark corners of Victorian London. 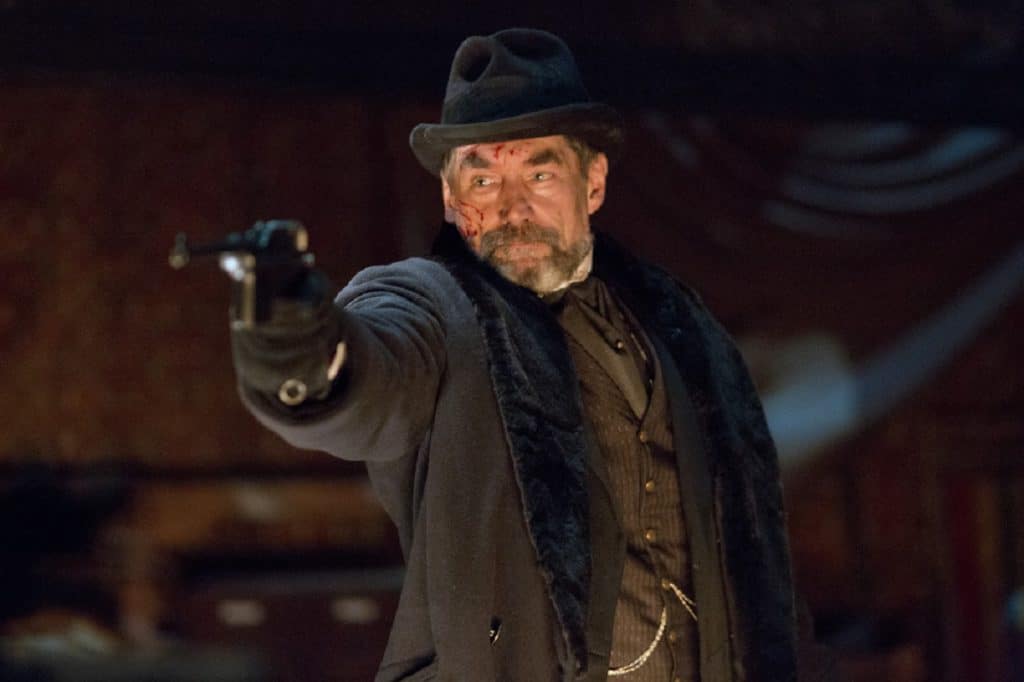 Sir Malcolm is an explorer who has lost his daughter to the city’s creatures, and he will do whatever is needed to get her back and to right past wrongs. His accomplice, seductive clairvoyant Vanessa Ives, recruits charming American Ethan Chandler to help locate Sir Malcolm’s daughter and slay some monsters. Oscar-winner Sam Mendes (“American Beauty”) is one of the series’ executive producers.

Based on the comic book series written by Robert Kirkman, this gritty drama portrays life in the months and years that follow a zombie apocalypse. A group of survivors travel in search of safety and security, constantly on the move in search of a secure home.

Klaus, the original vampire/werewolf hybrid, returns to New Orleans – which his family helped build – to investigate rumours of a plot against him, in this spin-off of `The Vampire Diaries’. He finds his former protege, Marcel, reigning powerful over its inhabitants, causing growing tension in the supernatural community. 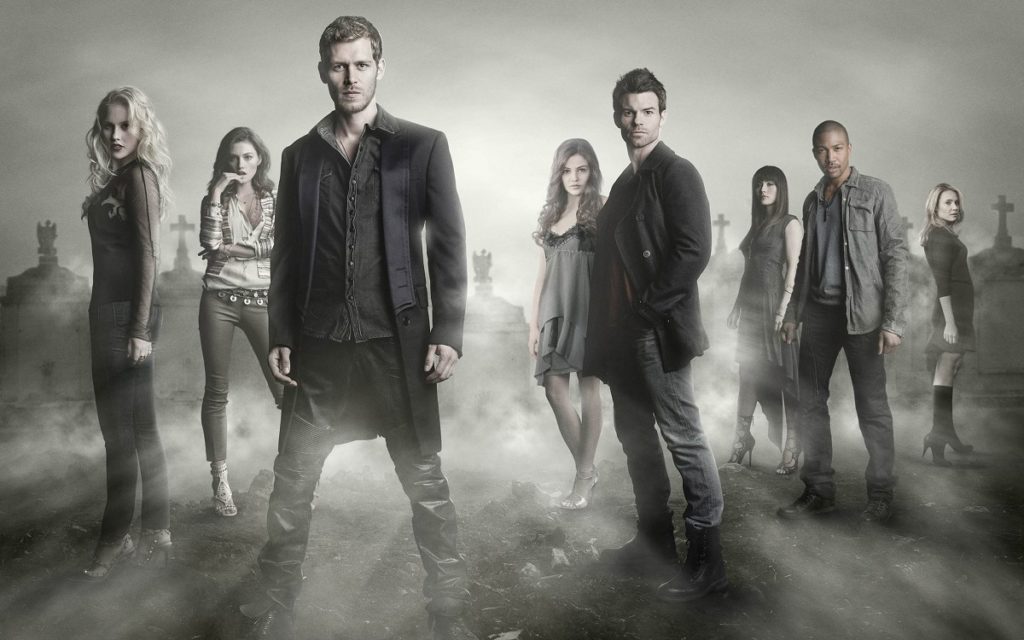 Klaus’ brother, Elijah, joins him, and they learn that werewolf Hayley has fallen into the hands of a defiant witch who has life-changing information. Klaus and Elijah plan to reclaim the city, and while waiting to see if their last remaining sibling, Rebekah, will leave Mystic Falls to join them, they form an alliance with the witches to help further their cause.

After the death of her husband, Norma Bates buys a motel in the picturesque coastal town of White Pine Bay, giving herself and teenage son Norman a chance to begin anew.

Shy Norman is reluctant at first, but with the help of his mother — with whom he shares an intensely close relationship — the boy begins to open up to others and make new friends. Some locals, however, aren’t as friendly and welcoming to the Bates, who discover that because White Pine Bay isn’t as peaceful as it appears, they are forced to do whatever it takes to survive.

The drama series, from executive producers Carlton Cuse (“Lost”) and Kerry Ehrin (“Friday Night Lights”) and inspired by the seminal 1960 horror film “Psycho,” explores the formative years of Norman Bates and how his complicated bond with his mother forged a serial killer.

The Day After (Vyzhit Posle)

After a pandemic, eleven strangers find themselves responsible for determining the future of all mankind.

Fulfilling a promise to his deceased father, one-time outlaw Jesse Custer returns home to West Texas to take over his dad’s church. Jesse’s mission, however, becomes twisted when his body is overcome by a cryptic force that unleashes within him a highly unconventional power. 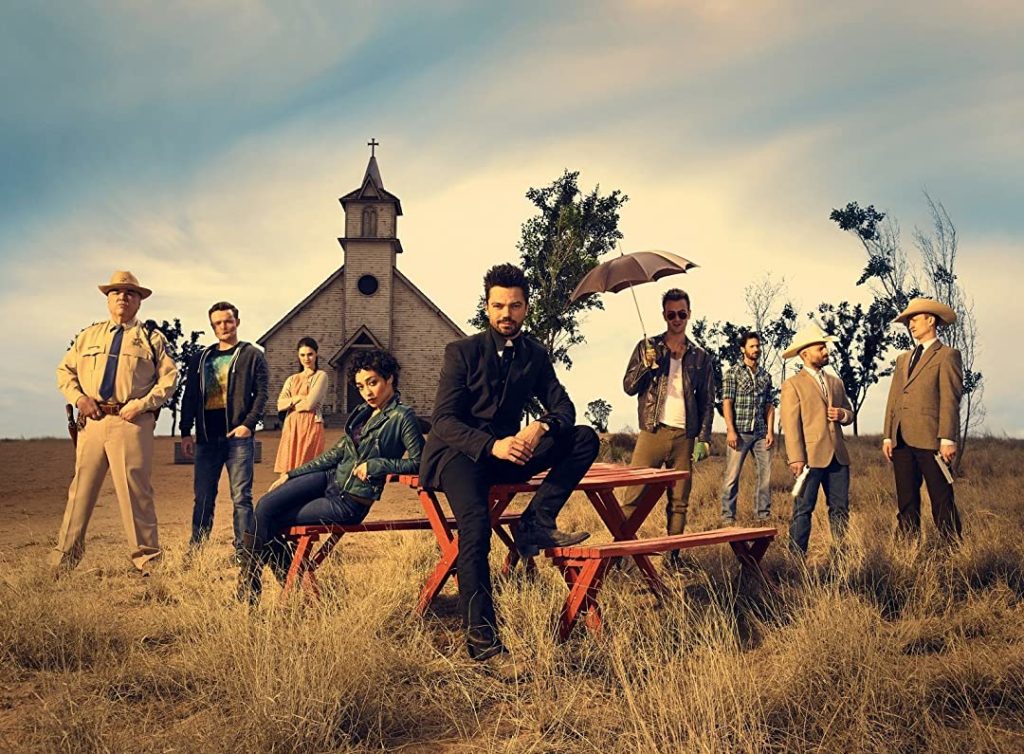 Together with hell-raising ex-girlfriend Tulip and Irish vagabond Cassidy, the preacher-in-training embarks on a journey to find God in a world inhabited by holy, hellish, and everything-in-between characters. The darkly comedic “Preacher” is based on Garth Ennis and Steve Dillon’s popular 1990s comic book franchise of the same name. Executive producers include Sam Catlin (“Breaking Bad”), and Seth Rogen and Evan Goldberg (“Superbad,” “Neighbors”).

As the wife of an ailing but very wealthy town selectman, Mary Sibley holds the distinction of being the most powerful sorceress in Salem, Mass. Ruthless yet vulnerable and with many secrets to hide, Mary leans on her ageless accomplice, Tituba, to help advance her agenda. When Mary’s long-ago love interest — Salem native John Alden — returns from war duty to find the town paralyzed by fear of a witch hunt, her plans take an unexpected turn.

Against a backdrop of townspeople pledging to rid Salem of evil by any means necessary, Mary and John are thrust into a world where horror, hysteria and the supernatural reign. Mary must fend off adversaries, old and new, who are vying for her throne. What really fueled the infamous witch trials in 17th-century Massachusetts? “Salem” — WGN America’s first original drama — dares to uncover the dark, unearthly truth. 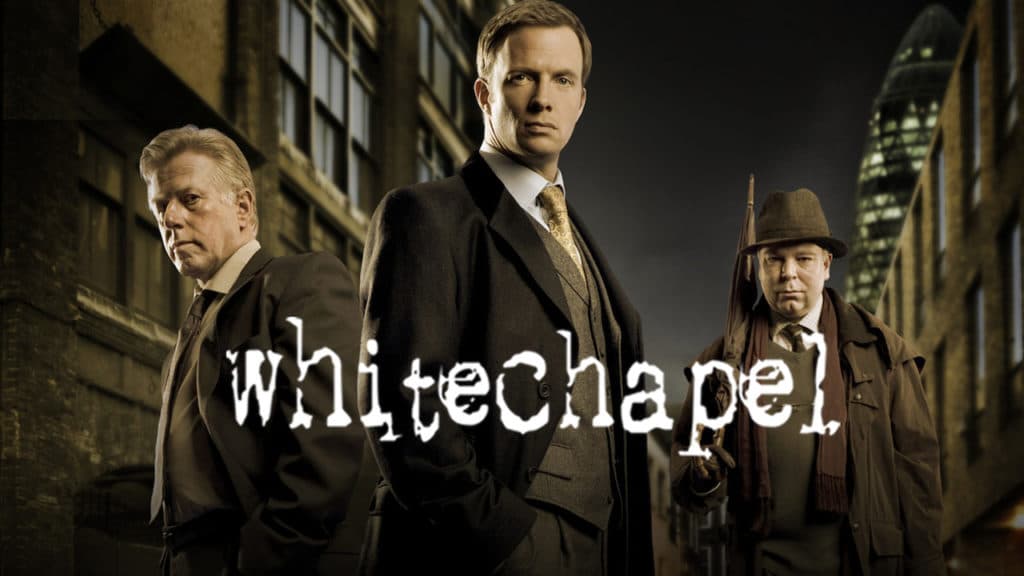 Whether it’s a Jack the Ripper copycat committing horrific murders in the Whitechapel district of London, or gruesome crimes in the East End prompting a look back at 300 years of history, it’s up to the investigative team led by Detective Inspector Joseph Chandler, Detective Sergeant Ray Miles and jack-of-all-trades historical adviser Edward Buchan to decipher the nightmares of the past to help solve the horrors of the present. Summoning ghosts, however, can be a tricky proposition, especially when it leads Chandler, Miles and Buchan to places darker still.

Seven years after a series of murders claimed the lives of her mother and five others, Abby Mills returns to her hometown of Harper’s Island to attend the wedding of her best friend, heiress Trish Willington, to boy-next-door Henry Dunn. There’s no happily ever after, though, as a serial killer begins picking off family members and friends one by one in this serialized horror-drama series some have described as ” ‘Scream’ meets ‘Ten Little Indians.’ “.

The Vampire Diaries is an American supernatural teen drama television series developed by Kevin Williamson and Julie Plec, based on the popular book series of the same name written by L. J. Smith.

The FBI calls on Ryan Hardy, a former agent with physical and emotional scars, when Joe Carroll, a notorious serial killer he apprehended years earlier, escapes from death row. Carroll, an English professor and novelist fixated on Edgar Allan Poe, mutilated and killed 14 women before he was imprisoned. Hardy and the FBI learn that while be was incarcerated, Carroll spent his time gathering a collection of cultlike followers.

The recruits prove themselves willing to commit murder, facilitate abductions, and even sacrifice themselves in order to help Carroll with his deadly objectives and achieve his ultimate goal — to exact revenge on Ryan Hardy.

Tales from the Crypt

Based on the EC Comics series of the same name, this campy and stylized anthology series recounts a string of horrific yarns introduced by the show’s moldering host, the Crypt Keeper. Episodes feature a number of well-known actors and actresses, including Dan Aykroyd, Malcolm McDowell, Christopher Reeve and Sam Waterston. Michael J. Fox, Tom Hanks, Robert Zemeckis, Richard Donner and John Frankenheimer are among notables who directed episodes.

Tales of the Unexpected 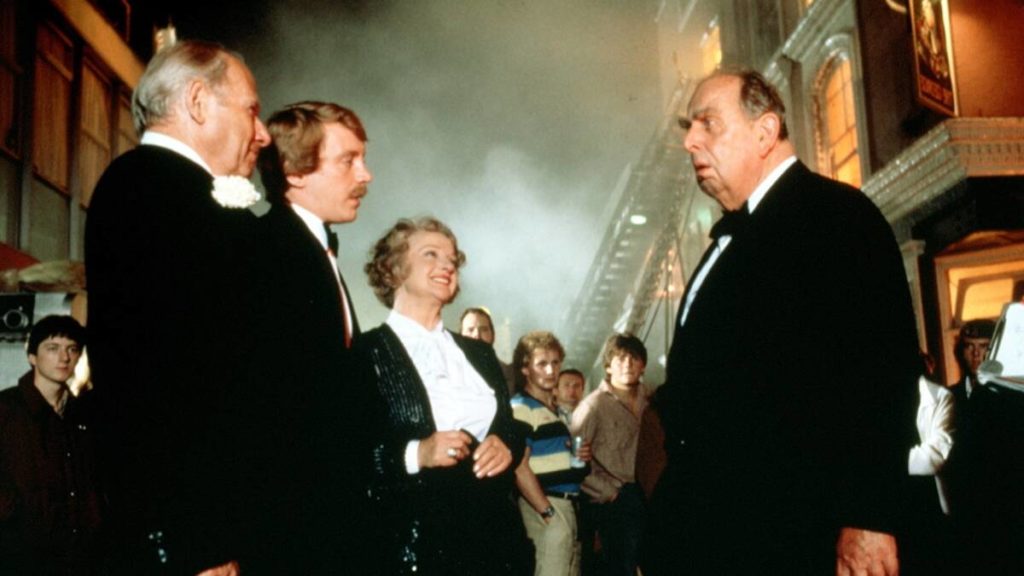 Star-studded sinister and amusing stories, each with a twist in the tale.

A homicide detective and a medium combine their sixth senses to investigate haunted locations where a deadly crime was committed. Steve DiSchiavi is a retired detective with more than 20 years of experience with the New York City Police Department, and Amy Allan is a paranormal researcher and psychic who has worked with many private investigators and police agencies.

In each episode, the duo investigate a case independently and keep their findings hidden from each other to preserve the integrity of their discoveries. At the episode’s end DiSchiavi and Allan share with the property owner what they discover, and it often points to an undeniable conclusion.