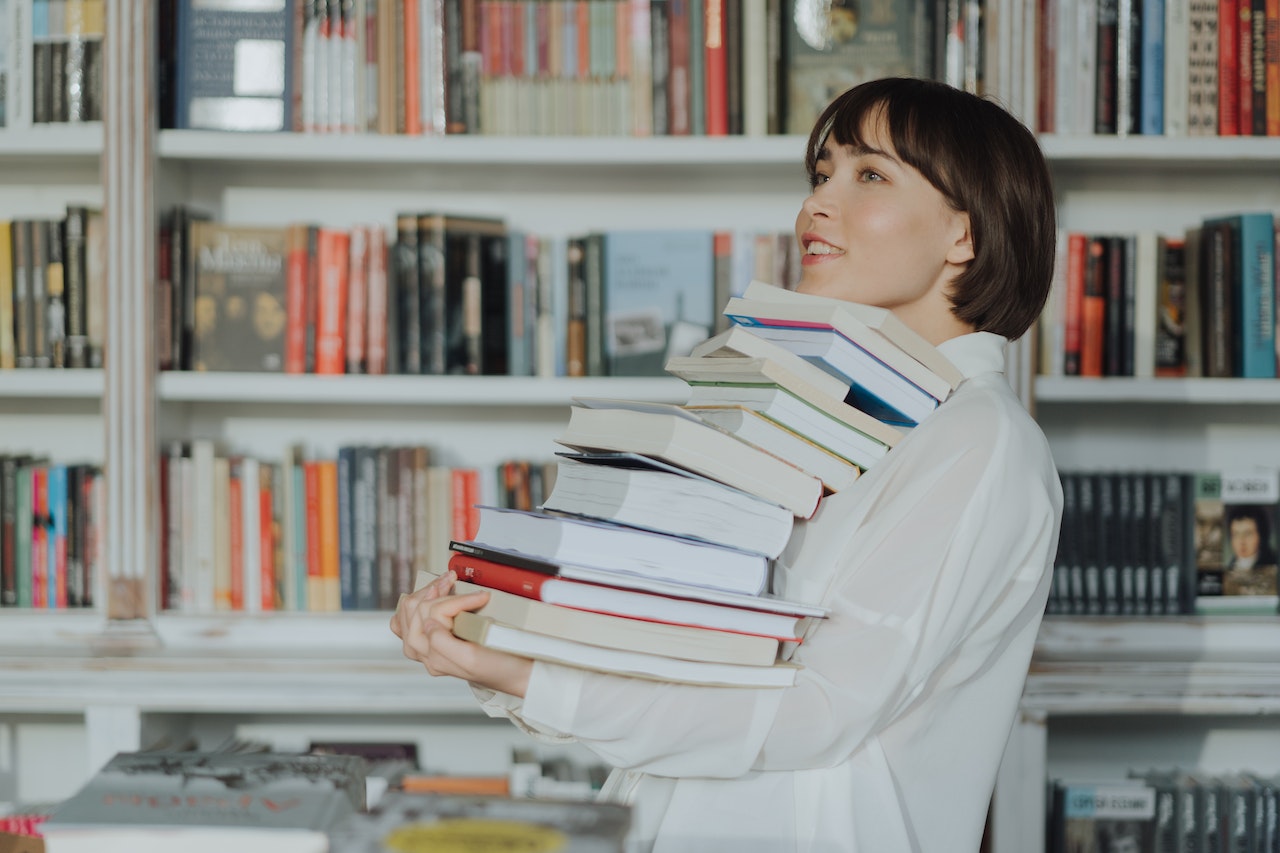 Our list of 23 best crime, mystery and thriller books of October 2022 include highly-anticipated titles such as Righteous Prey by John Sandford and Distant Thunder by Stuart Woods as well as notable releases such as Jackal by Erin E. Adams.

Note: Mystery Tribune’s Reading Lists include the best crime and thriller books of each month as well as our picks for different sub-genres: Check them out here.

In Weepers (Book 1), Angelo and his gang, with a bit of help from his beloved “uncle” Nunzio Sabino, defeated the notorious Satan’s Knights. Now, in this standalone sequel to Weepers, it’s 1960 and Nunzio is still the most powerful organized crime boss in New York City, protecting what’s his with political schemes and ‘business’ deals.

Against this backdrop of Mafia turf wars, local gang battles, and political power-plays in the mayoral election, the bodies begin stacking up. An unlikely assassin arrives fresh from Naples after killing a top member of the Camorra to avenge the murder of her family.

She blends seamlessly into the neighborhood and with the focus on the threat from the Satan’s Knights, no one suspects that Angelo’s father and Nunzio are next on her hit list. Nunzio has lived his entire life by the mantra; Be a fox when there are traps and a lion when there are wolves. Will Nunzio be a lion in time?

From J. Todd Scott comes a chillingly engrossing thriller about a cult survivor who must confront the horrors of her past to ensure the safety of the future.

Ten years after a fiery raid kills her family, former cult member Sybilla “Billie” Laure has a completely new identity. She’s settled in rural Colorado with her daughter, hoping for a quieter life. But the world has other plans.

With wildfires raging and birds dropping from the sky, Billie wonders if her cult leader father’s apocalyptic predictions are finally coming true. When an intruder murders her husband and kidnaps her daughter, Billie has no choice but to confront the secrets of her past. But Billie’s journey has other perils, too—namely, a police chief hot on her trail, determined to expose the dangers of the defunct doomsday cult.

To save her daughter, Billie will have to go back to where it all began—to the ruined compound in New Mexico where the real threat is the truth.

Liz Rocher is coming home…reluctantly. As a Black woman, Liz doesn’t exactly have fond memories of Johnstown, Pennsylvania, a predominantly white town. But her best friend is getting married, so she braces herself for a weekend of awkward and passive-aggressive reunions. Liz has grown, though; she can handle whatever awaits her. But on the day of the wedding, somewhere between dancing and dessert, the bride’s daughter, Caroline, goes missing—and the only thing left behind is a piece of white fabric covered in blood.

As a frantic search begins, with the police combing the trees for Caroline, Liz is the only one who notices a pattern: a summer night. A missing girl. A party in the woods. She’s seen this before. Keisha Woodson, the only other Black girl in school, walked into the woods with a mysterious man and was later found with her chest cavity ripped open and her heart missing. Liz shudders at the thought that it could have been her, and now, with Caroline missing, it can’t be a coincidence. As Liz starts to dig through the town’s history, she uncovers a horrifying secret about the place she once called home. Children have been going missing in these woods for years. All of them Black. All of them girls.

With the evil in the forest creeping closer, Liz knows what she must do: Find Caroline, or be entirely consumed by the darkness.

Curse of the Reaper by Brian McAuley – October 4

Scream meets The Shining in this page-turning horror tale about an aging actor haunted by the slasher movie villain he brought to life.

Decades after playing the titular killer in the 80s horror franchise Night of the Reaper, Howard Browning has been reduced to signing autographs for his dwindling fanbase at genre conventions. When the studio announces a series reboot, the aging thespian is crushed to learn he’s being replaced in the iconic role by heartthrob Trevor Mane, a former sitcom child-star who’s fresh out of rehab. Trevor is determined to stay sober and revamp his image while Howard refuses to let go of the character he created, setting the stage for a cross-generational clash over the soul of a monster. But as Howard fights to reclaim his legacy, the sinister alter ego consumes his unraveling mind, pushing him to the brink of violence. Is the method actor succumbing to madness or has the devilish Reaper taken on a life of its own?

In his razor-sharp debut novel, film and television writer Brian McAuley melds wicked suspense with dark humor and heart. Curse of the Reaper is a tightly plotted thriller that walks the tightrope between the psychological and the supernatural, while characters struggling with addiction and identity bring to light the harrowing cost of Hollywood fame.

Soul of a Killer by Abby Collette – October 4

In this mouthwatering cozy mystery series, fraternal twins Keaton and Koby are trying to run their combined soul food café and bookstore, but they find themselves searching for a cold-hearted killer.

Keaton and Koby are fraternal twins who were separated as children, but now they’ve found each other and opened Books & Biscuits in the pleasant Pacific Northwest town of Timber Lake. Business is booming, but even so, trouble always seems to find them.

Mama Zola, Koby’s devoted foster mom, has taken up residence in Timber Lake. She and Pete, one of the bookstore’s quirky employees, bring a peach cobbler over to her church’s potluck, and then someone who sampled the cobbler is found dead. Mama Zola and Pete find themselves suspects in the murder, but luckily Koby and Keaton are ready to sling out a side of justice.

Amateur detective Mallory Viridian’s talent for solving murders ruined her life on Earth and drove her to live on an alien space station, but her problems still follow her in this witty, self-aware novel that puts a speculative spin on murder mysteries, from the Hugo-nominated author of Six Wakes.

From idyllic small towns to claustrophobic urban landscapes, Mallory Viridian is constantly embroiled in murder cases that only she has the insight to solve. But outside of a classic mystery novel, being surrounded by death doesn’t make you a charming amateur detective, it makes you a suspect and a social pariah. So when Mallory gets the opportunity to take refuge on a sentient space station, she thinks she has the solution. Surely the murders will stop if her only company is alien beings. At first her new existence is peacefully quiet…and markedly devoid of homicide.

But when the station agrees to allow additional human guests, Mallory knows the break from her peculiar reality is over. After the first Earth shuttle arrives, and aliens and humans alike begin to die, the station is thrown into peril. Stuck smack-dab in the middle of an extraterrestrial whodunit, and wondering how in the world this keeps happening to her anyway, Mallory has to solve the crime—and fast—or the list of victims could grow to include everyone on board.

“We’re going to murder people who need to be murdered.”

So begins a press release from a mysterious group known only as “The Five,” shortly after a vicious predator is murdered in San Francisco. The Five is made up of vigilante killers who are very bored…and very rich. They target the worst of society—rapists, murderers, and thieves—and then use their unlimited resources to offset the damage done by those who they’ve killed, donating untraceable Bitcoin to charities and victims via the dark net. The Five soon become popular figures in the media …though their motives may not be entirely pure.

After The Five strike again in the Twin Cities, Virgil Flowers and Lucas Davenport are sent in to investigate. And they soon have their hands full–the killings are smart and carefully choreographed, and with no apparent direct connection to the victims, the killers are virtually untraceable. But if anyone can destroy this group, it will be the dynamic team of Davenport and Flowers.

Stone Barrington finds himself in hot water in this exhilarating adventure from the #1 New York Times bestselling author.

During an intense storm in Dark Harbor, Maine, a perplexing murder lands a dead man on Stone Barrington’s doorstep. As secrets swirl around this mystery man’s identity, Stone quickly sets out to unravel a web of cunning misdirections and lies.

Soon enough, he is embroiled in an elaborate game of cat and mouse between the CIA and nefarious foreign forces, including a bewitching new companion who comes under his protection. But when Stone’s actions draw the attention of an old enemy, one who will stop at nothing to prevent the truth from getting out, Stone realizes he may have finally met his match.

The other titles in our list of best crime, mystery and thriller books for October 2022 include: