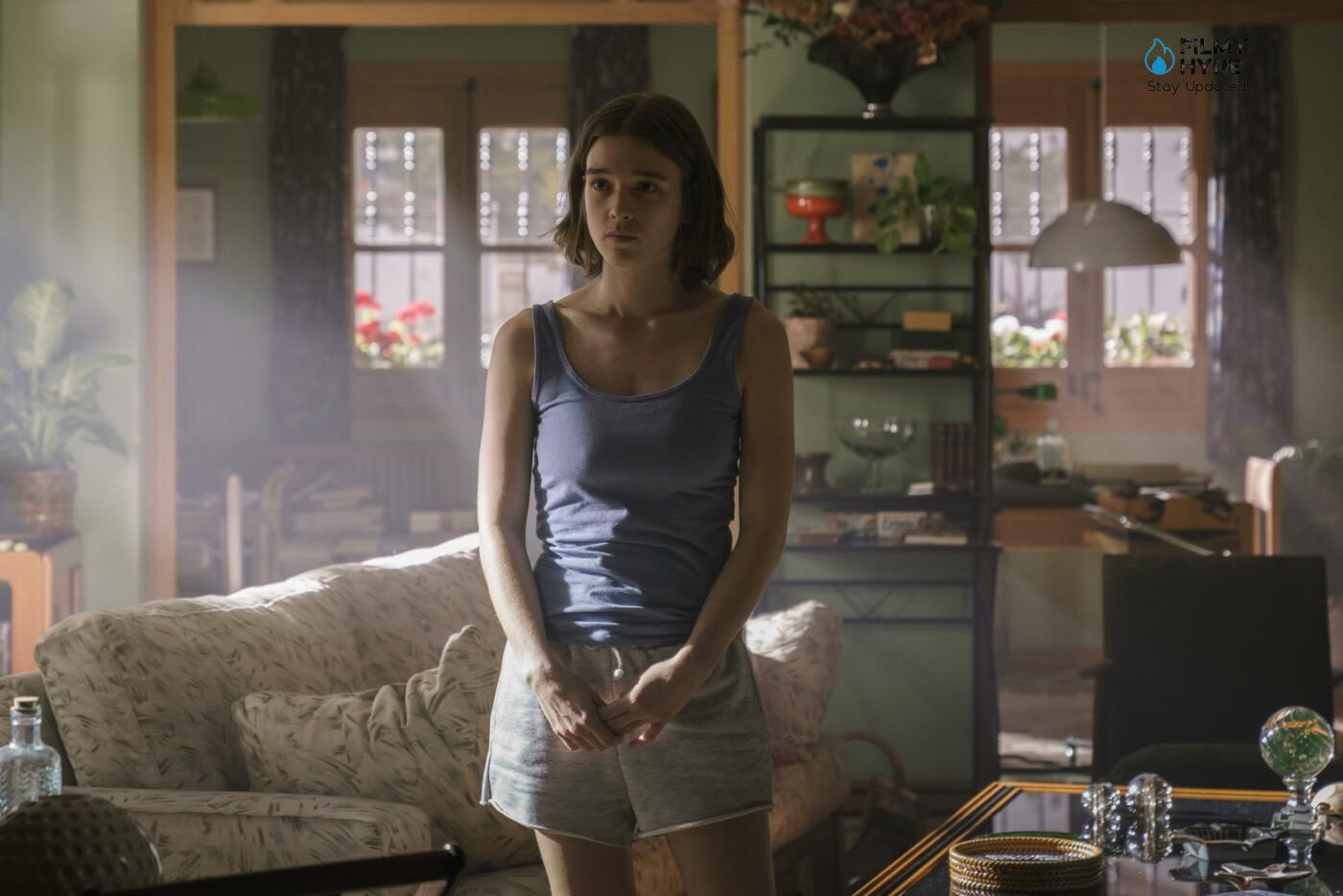 Our 2022 list of best Spanish crime and thriller TV shows on Netflix includes fan-favorite series such as Money Heist as well as new shows such as Feria: The Darkest Light.

Our overall list of crime, mystery and thriller shows of 2022 on Netflix is available here. For best Spanish crime shows in previous years, go here.

The following is the list of 25 best Spanish crime and thriller TV shows on Netflix:

A woman organizes a escape plan camouflaged as a kidnap to protect her children from her husband’s enemies.

With a thriller format, ‘Fugitiva’ is a story that revolves around Magda, played by Paz Vega. Magda is an attractive woman who, at a crucial moment in her life, sees her world explode into pieces and is forced to take a drastic decision. 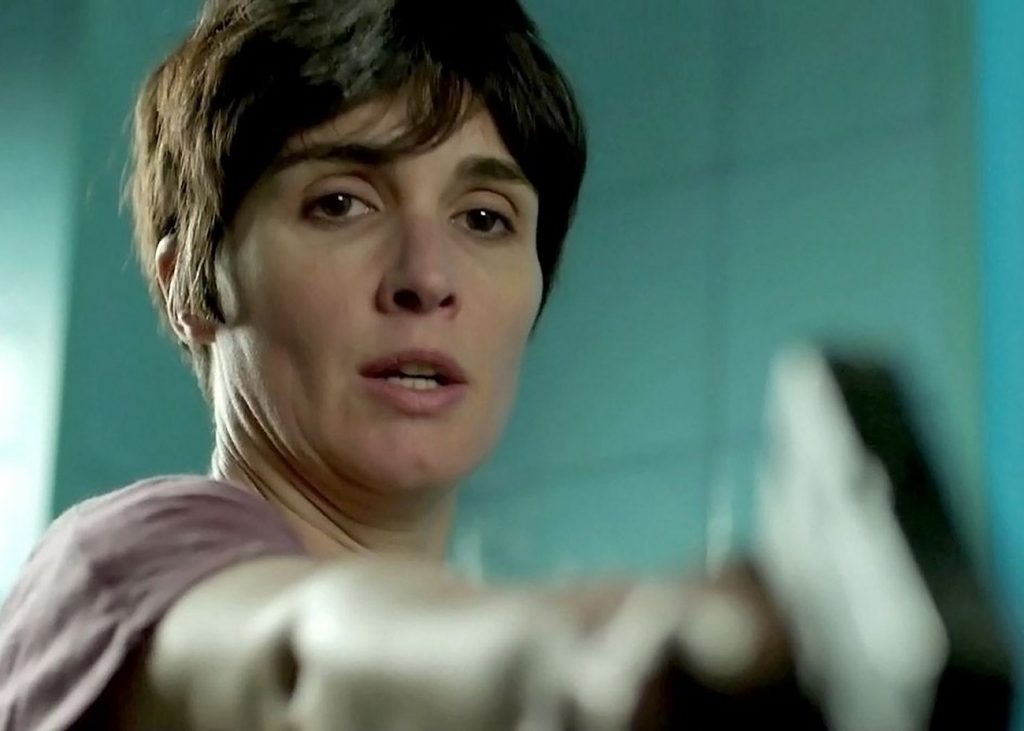 In this story, located between Mexico and Spain, Paz Vega is accompanied by Mexican actor Julio Bracho, which plays her husband; and by Roberto Álamo, who plays José K, a private investigator who will closely follow the steps of the fugitive. The creator of the series and screenwriter, Joaquín Oristrell, describes ‘Fugitiva’ as “the story of 90 hours in the life of a family subjected to an extreme situation in which everyone is responsible, with characters facing constant obstacles and very emotional situations. powerful”.

While investigating the disappearance of a teen girl in a tight-knit Galician town, a Civil Guard officer uncovers secrets linked to a loss of her own. 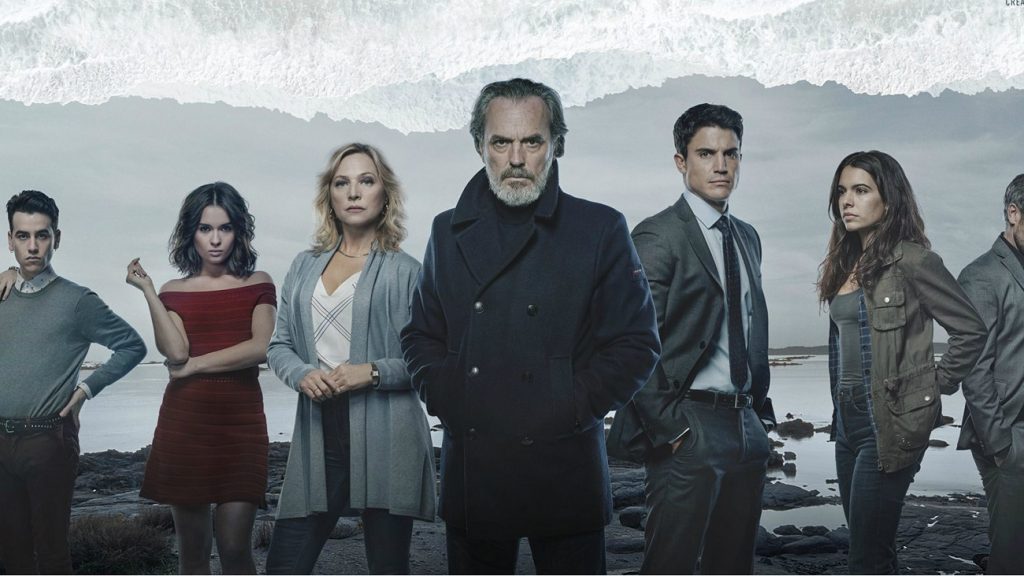 When a Galician shipper and drug lord hiding his Alzheimer’s reveals plans to retire, his second-in-command plots to steal the empire from the heir.

A policewoman whose childhood friend disappeared in Patagonia years ago starts a new search to find answers, and soon finds her own life in danger. 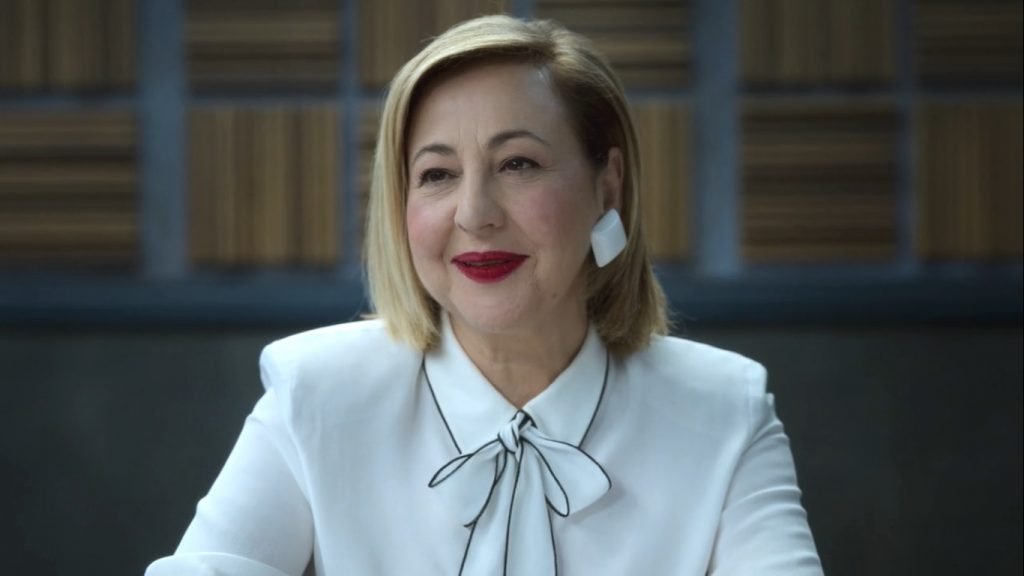 Criminal: Spain is part of Netflix’s Criminal, an anthology series consisting of twelve episodes with three episodes each set across four countries filmed in local languages – France, Spain, Germany and the UK.

In the series, psychological games abound between detectives and suspects in a tense interrogation room, where the search for answers sometimes comes at a moral cost.

The Minions of Midas

A millionaire publisher receives a blackmail note just as a reporter is about to break a Syrian war story involving him.

In Spain, family, friends, police and others weigh in on the unsolved disappearance of teenager Marta del Castillo.

After seven years in a Málaga prison, a male stripper is released pending retrial and sets out to prove his lover framed him for her husband’s murder.

Four cops with very different personality unite to create a skilled narcotics squad in the Spain of late 70s.

The Alcàsser Murders is a Spanish true crime documentary television series that premiered on Netflix on 14 June 2019, directed by Elías León and starring Luisa Gómez, Martín García and Fernando García.

The Alcàsser Murders explores the 1992 event of three teenage girls from the small town of Alcàsser, Spain being kidnapped, raped, tortured and murdered and the media circus it created in the country at the time. The series contains new interviews and archival footage of news reports and eye-witness accounts. 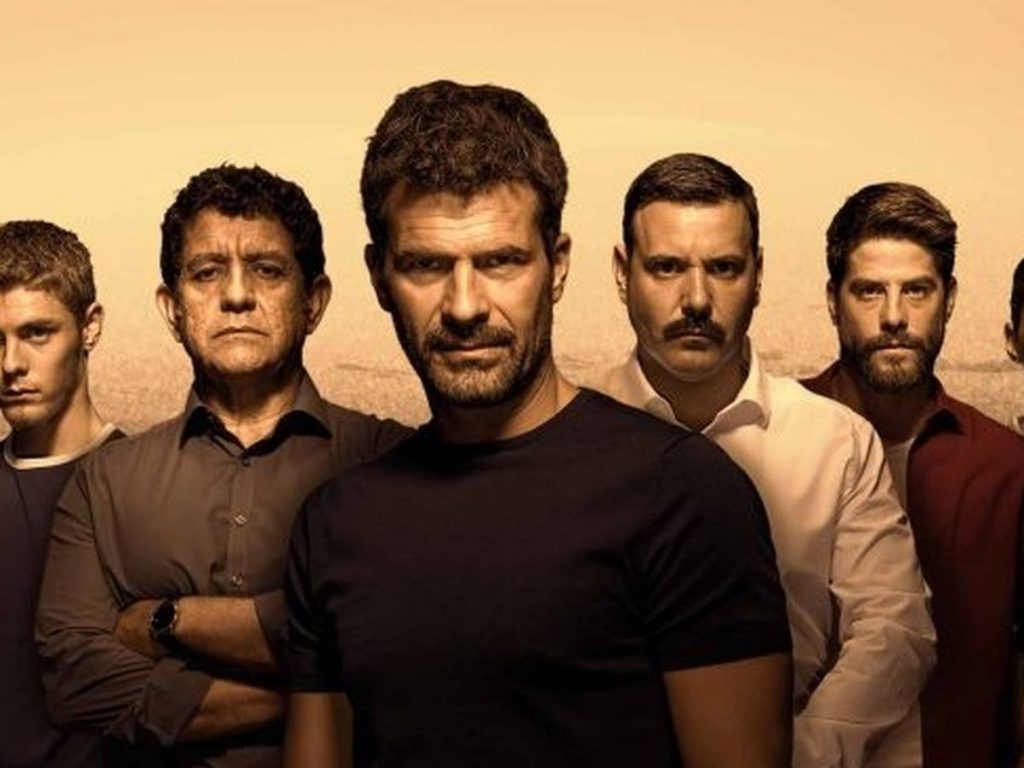 In a town in southern Spain where racial tensions run high among the workers in its many greenhouses, a cop investigates the murder of a young woman.

Someone Has To Die

In conservative 1950s Spain, a possible relationship between a young man and a Mexican classical dancer creates some harrowing consequences. 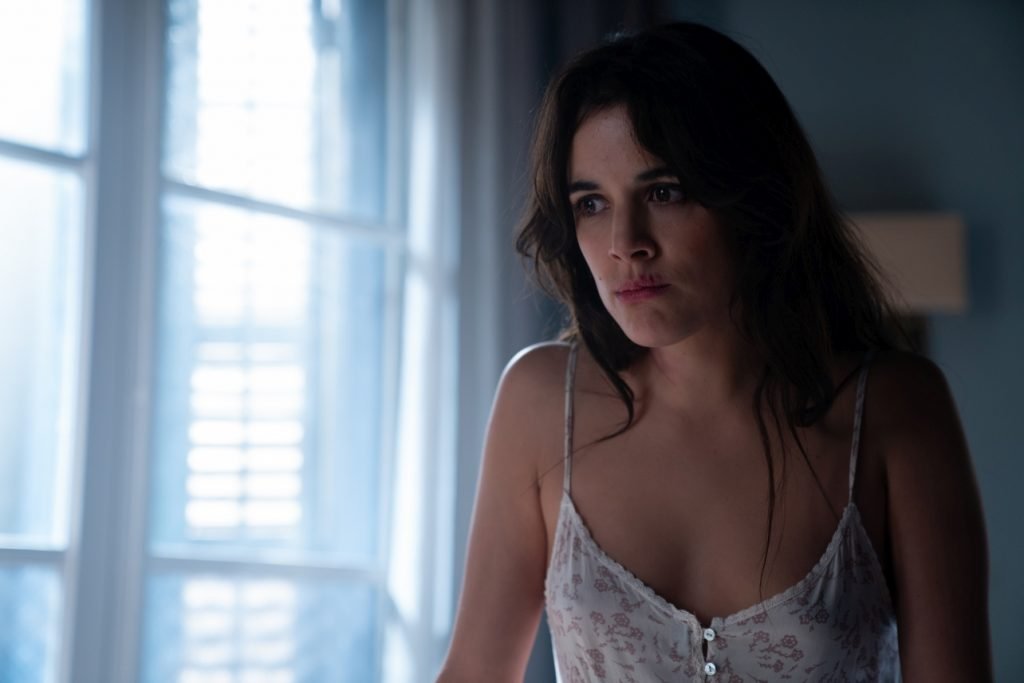 As prostitute Helena gains the love of a dangerous heroin cartel leader in 1960s Barcelona, she hones the skills needed to rise up the ranks.

The Innocent is the seventh stand-alone novel by American crime writer, Harlan Coben. The novel was first published in April 2005. The novel was made into a Spanish television miniseries of the same name that was released on Netflix in April, 2021.

What is it about: The horror of one night is forever etched in Matt Hunter’s memory; the night he innocently tried to break up a fight-and ended up a killer. Now nine years after his release from prison, his innocence long forgotten, he’s an ex-con who takes nothing for granted.

Mysterious deaths on a luxurious ship travelling from Spain to Rio de Janeiro in the 1940s uncover secrets surrounding two sisters who are travelling together.

Cocaine Coast tells the incredible true story of how a sleepy, unassuming corner of Spain became the cocaine gateway into Europe form Columbia, exposing a new generation of criminals, cartels and corrupt officials, more efficient and ruthless than any who came before.

Manipulated into embezzling funds for her boyfriend and sentenced to prison, a naïve young woman must quickly learn to survive in a harsh new world.

A young journalist with a promising future must abandon his comfortable life in order to save his family from ruin and avenge his father, who fell victim to the greed of his partners.

A sex worker who has addiction and money problems finds her life spiraling into a dark abyss.

Two cops (Bruno Gagliasso, Raúl Arévalo) must learn to work together to catch the world’s most-wanted drug dealer, whose face has never been revealed.

When three working-class teens enroll in an exclusive private school in Spain, the clash between them and the wealthy students leads to murder.

Two sisters must face a new reality — and supernatural elements — when it’s revealed their parents participated in a cult ritual ending in death.

A criminal mastermind who goes by “The Professor” has a plan to pull off the biggest heist in recorded history — to print billions of euros in the Royal Mint of Spain. To help him carry out the ambitious plan, he recruits eight people with certain abilities and who have nothing to lose. 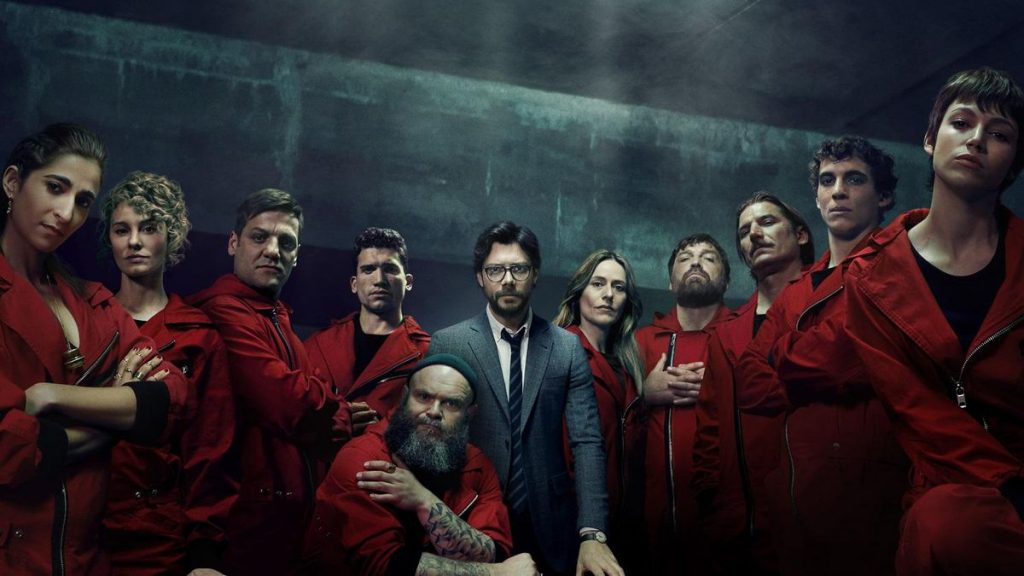 The group of thieves take hostages to aid in their negotiations with the authorities, who strategize to come up with a way to capture The Professor. As more time elapses, the robbers prepare for a showdown with the police.

Allegations of child sexual abuse in Spain’s Catholic institutions are examined in interviews with survivors, clergy, journalists and other experts.