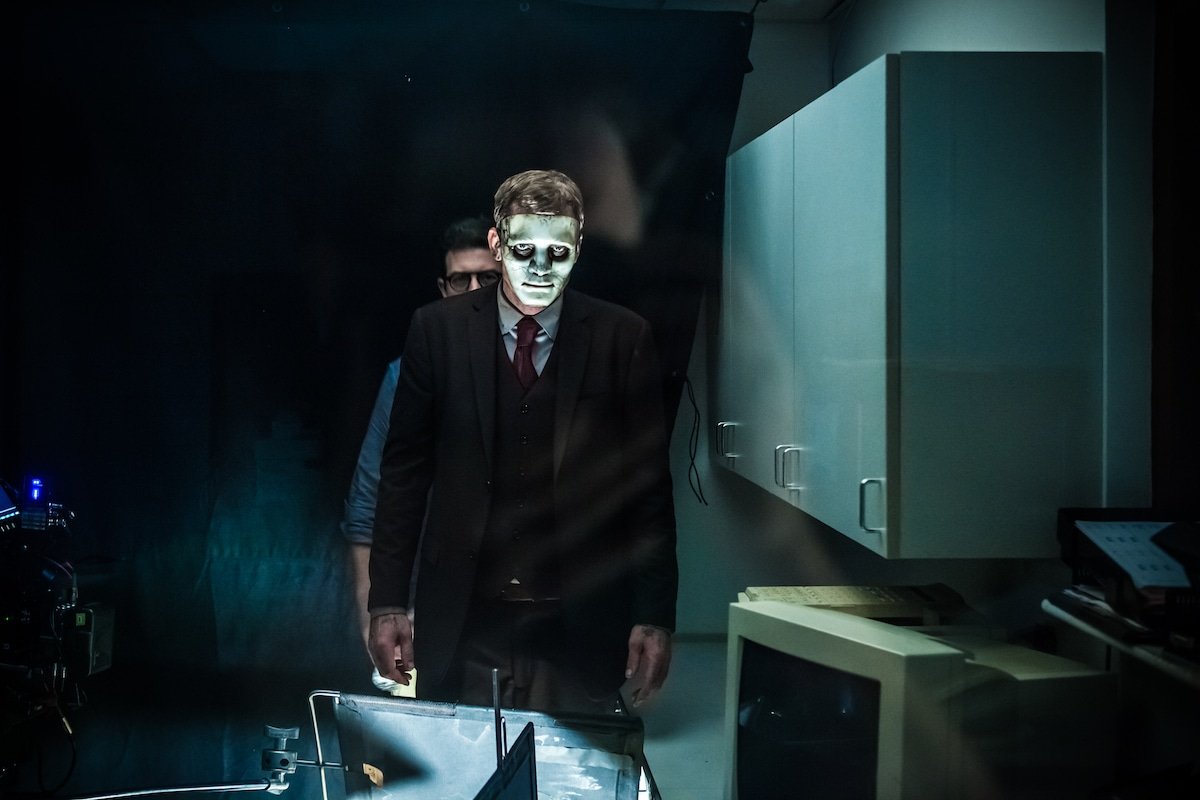 For our 2020 collection of best heist movies on Netflix, we have compiled a list of best classic titles such as The Score as well as most notable recent robbery crime movies such as Triple Frontier.

Two estranged sisters hatch a scheme to rob a bank to save their brother. The heist begins smoothly, but mayhem soon ensues when the defiant manager sends them to a basement-level vault where something truly evil dwells. 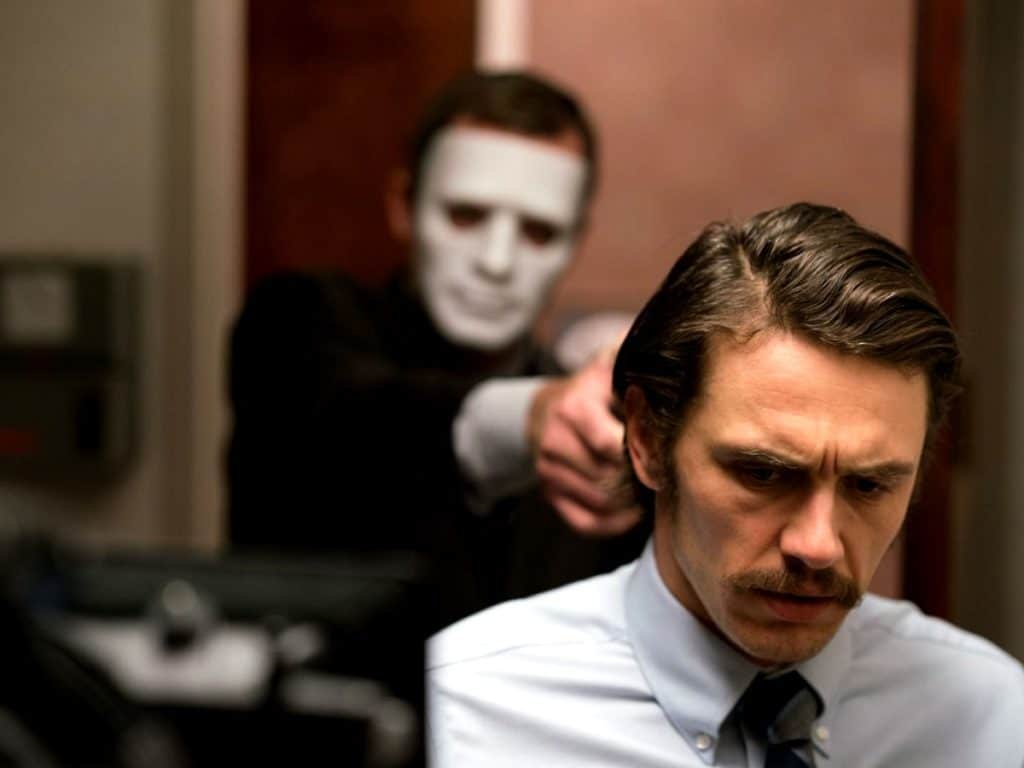 Former Special Forces operatives reunite to plan a heist in a sparsely populated multi-border zone of South America. For the first time in their prestigious careers, these unsung heroes undertake this dangerous mission for themselves instead of the country. 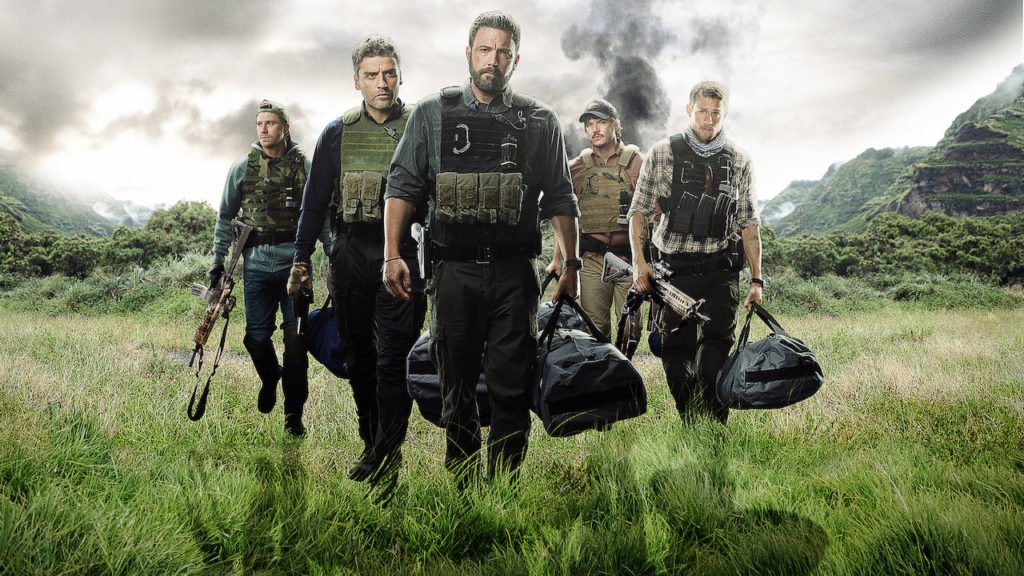 But when events take an unexpected turn and threaten to spiral out of control, their skills, their loyalties, and their morals are pushed to a breaking point in an epic battle for survival.

Son of a Gun

JR, a small-time, teenage criminal finds himself locked up for a minor crime and forced to adapt to the harsh realities of prison life. Fellow prisoner and Australia’s most notorious criminal, Brendan Lynch, offers JR protection, but it comes at a price. Upon release, JR must help secure Lynch’s freedom by staging a daring prison break.

Where the Money Is 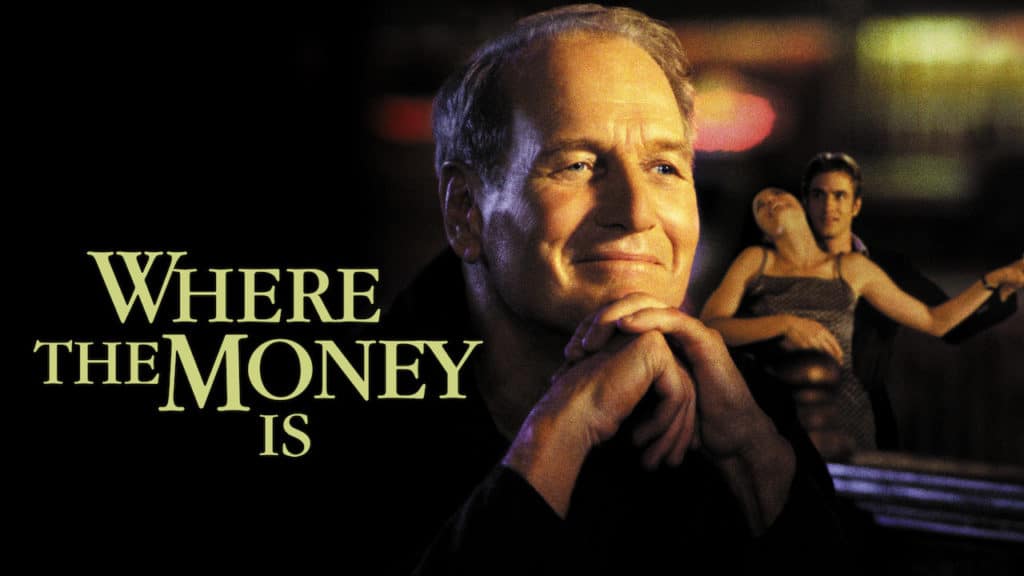 Henry Manning (Paul Newman) has come up with a new way to break out of prison: fake a stroke and get transferred to a nursing home. It’s a perfect plan, except for one thing: the woman assigned to take care of him at the nursing home, Carol Ann McKay (Linda Fiorentino), has a plan of her own.

Dom Cobb (Leonardo DiCaprio) is a thief with the rare ability to enter people’s dreams and steal their secrets from their subconscious. His skill has made him a hot commodity in the world of corporate espionage but has also cost him everything he loves.

Cobb gets a chance at redemption when he is offered a seemingly impossible task: Plant an idea in someone’s mind. If he succeeds, it will be the perfect crime, but a dangerous enemy anticipates Cobb’s every move.

The rural town of New Hope, Ala., has a pair of super-sized problems heading its way: There’s a hurricane bearing down on the Gulf coastline, and there’s a team of 30 well-armed mercenaries intent on looting the local treasury facility.

Gordon Jennings (Idris Elba) and his friends enjoy a luxurious lifestyle funded by bank robberies, and they avoid capture by sticking to a strict set of rules. As they celebrate the latest job, a former associate arrives with a daring plan to rob an armored car.

The lure of so much cash is too tempting to resist but, unbeknown to Gordon’s men, this heist puts them on a collision course with Russian mobsters and a detective (Matt Dillon) who will do anything to capture them.

A group of thieves, including an illusionist, a computer hacker, a wannabe actor and an explosives expert, plan a robbery. But destiny could have something else in store for them.

Inside Man: Most Wanted 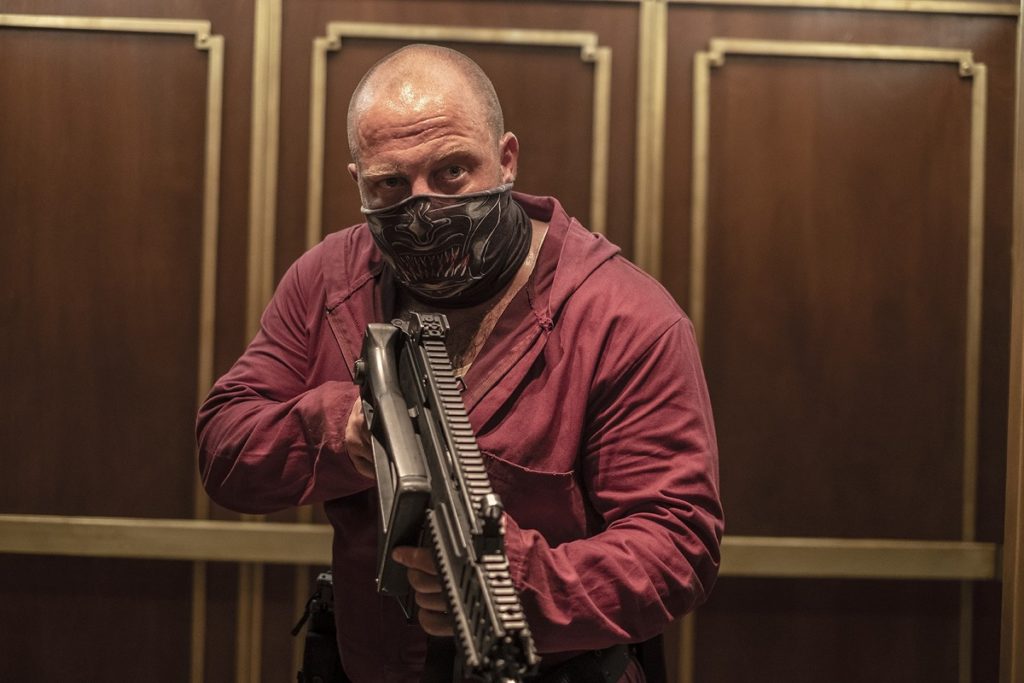 A hostage negotiator from the NYPD teams up with an FBI agent to save hostages at the Federal Reserve Bank.

Four teens hatch a daring plan to break into the United States Mint and steal millions to save their prestigious Philadelphia prep school.

Lupin the Third: The Castle of Cagliostro

In the twilight of his career, master thief Lupin the Third’s latest and greatest caper has hit a snag. What should’ve been bags of cash from a national casino turns out to be expert counterfeits. Together with his partner-in-crime Jigen, Lupin heads to the remote European nation of Cagliostro to exact revenge.

The Art of The Steal

Crunch Calhoun (Kurt Russell), a motorcycle daredevil and art thief, agrees to help his brother with one last heist. As Crunch gathers his old team and plans to steal a priceless book, he has no idea his brother has his own hidden agenda.

Frankie picks a less-than-ideal partner (Ben Mendelsohn) to help him, but despite their combined incompetence, they manage to make off with the mob’s money. In retaliation, Markie’s bosses hire Jackie Cogan (Brad Pitt), a mob enforcer, to eradicate those responsible.

The Fury of a Patient Man 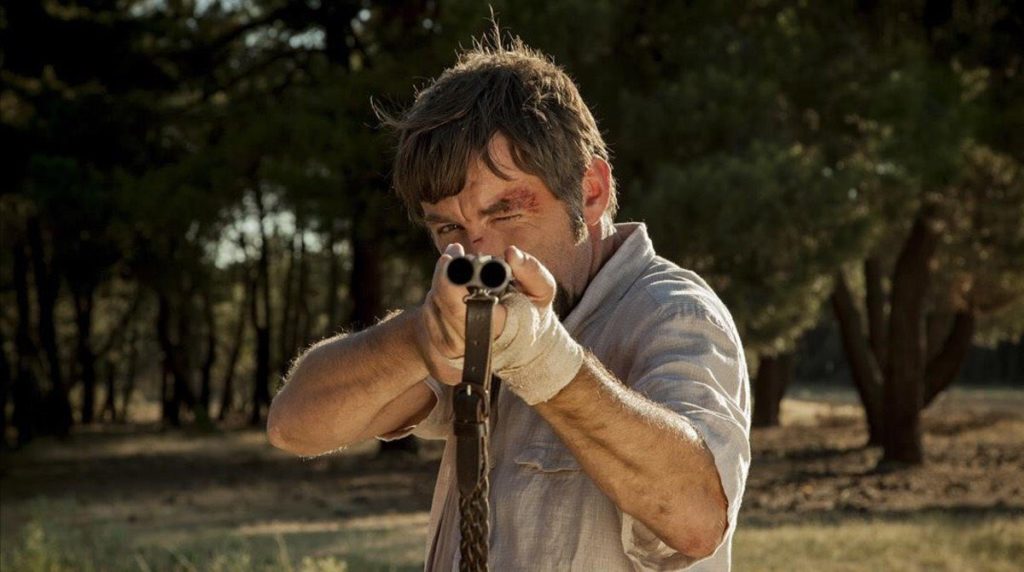 A circumspect man (Antonio de la Torre) quietly plots bloody revenge against the band of robbers who left him without a family.

A notorious thief allies with a street racer for a grand heist involving an elaborate game of deceit with authorities, who have their own dirty secrets.

Trying to reconnect with his son Danny, big shot Wall Street broker Will takes his family on a hunting trip to the cabin where he grew up. The trip takes a deadly turn when they go hunting and stumble upon several robbers and witness the murder of one of the criminals.

After becoming entangled in a bank heist gone bad, which results in the kidnapping of Danny, Will is forced to help the kidnappers evade the police chief and recover the stolen loot in exchange for his son’s life.

Discovering a cache of cash in their dead tenant’s apartment, a couple in debt take the money and find themselves the target of a deadly adversary, the thief who stole it.

The Place Beyond The Pines

A bank robber stops at nothing to free his brother from prison, launching himself into a nightlong odyssey through New York’s dark and dangerous criminal underworld. 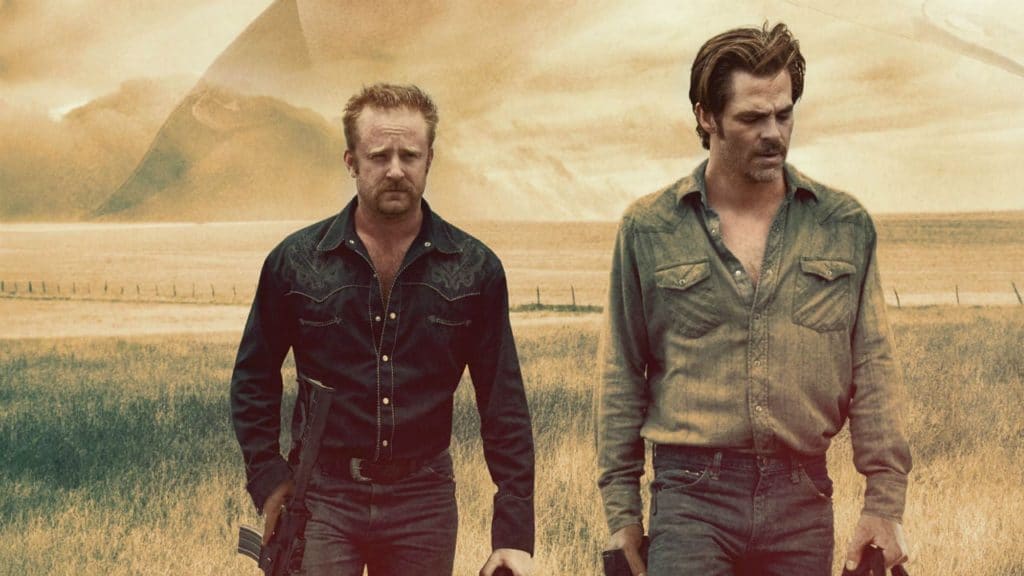 Toby is a divorced father who’s trying to make a better life for his son. His brother Tanner is an ex-convict with a short temper and a loose trigger finger.

Together, they plan a series of heists against the bank that’s about to foreclose on their family ranch. Standing in their way is Marcus, a Texas Ranger who’s only weeks away from retirement. As the siblings plot their final robbery, they must also prepare for a showdown with a crafty lawman who’s not ready to ride off into the sunset.

Posing as crew members, two con men compete to see who can swindle an elderly baker out of his lottery winnings while he is on a cruise from Spain to Mexico with his family.

Career thief Nick Wells (Robert De Niro) is about to mastermind a nearly impossible theft that will require his joining forces with a clever young accomplice (Edward Norton).

The unlikely alliance, arranged by Nick’s longtime friend and fence, Max (Marlon Brando), interrupts Nick’s plan to retire from crime and settle down with his fiancée, Diane (Angela Bassett). Worse, it requires that Nick violate his most important rule: Always work alone.

Three career criminals find themselves trapped in a warehouse, with the law closing in and an even worse threat waiting inside.

A successful team of armored truck robbers (Sami Bouajila, Guillaume Gouix, Youssef Hajdi, David Saracino) get pressured into helping with a large-scale robbery by drug dealers who refuse to take “no” for an answer.

Professional burglar and blowtorch expert Víctor is recruited by the Russian mafia to break into a vault as part of an elaborate bank heist. 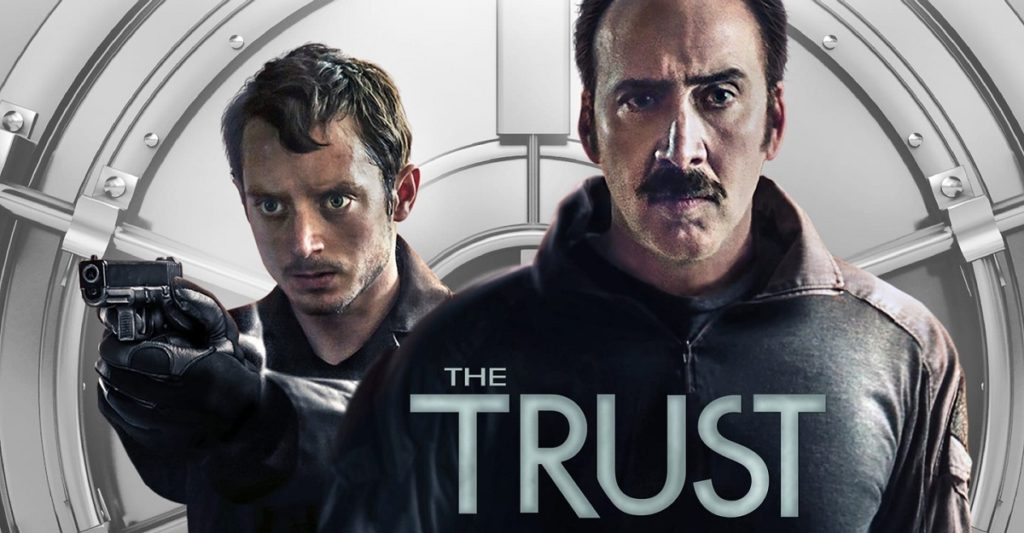 Corrupt cops working in the police department evidence room make plans to rob a vault full of drug money in the back of a convenience store.

After being busted for a heist, a former CIA contractor is sent to a Mexican prison. His former CIA boss offers him freedom if he can break into the prison vault and steal $50 million.

When a heist goes wrong, a betrayed man looks for revenge with the help of the most dangerous gangster in the city.