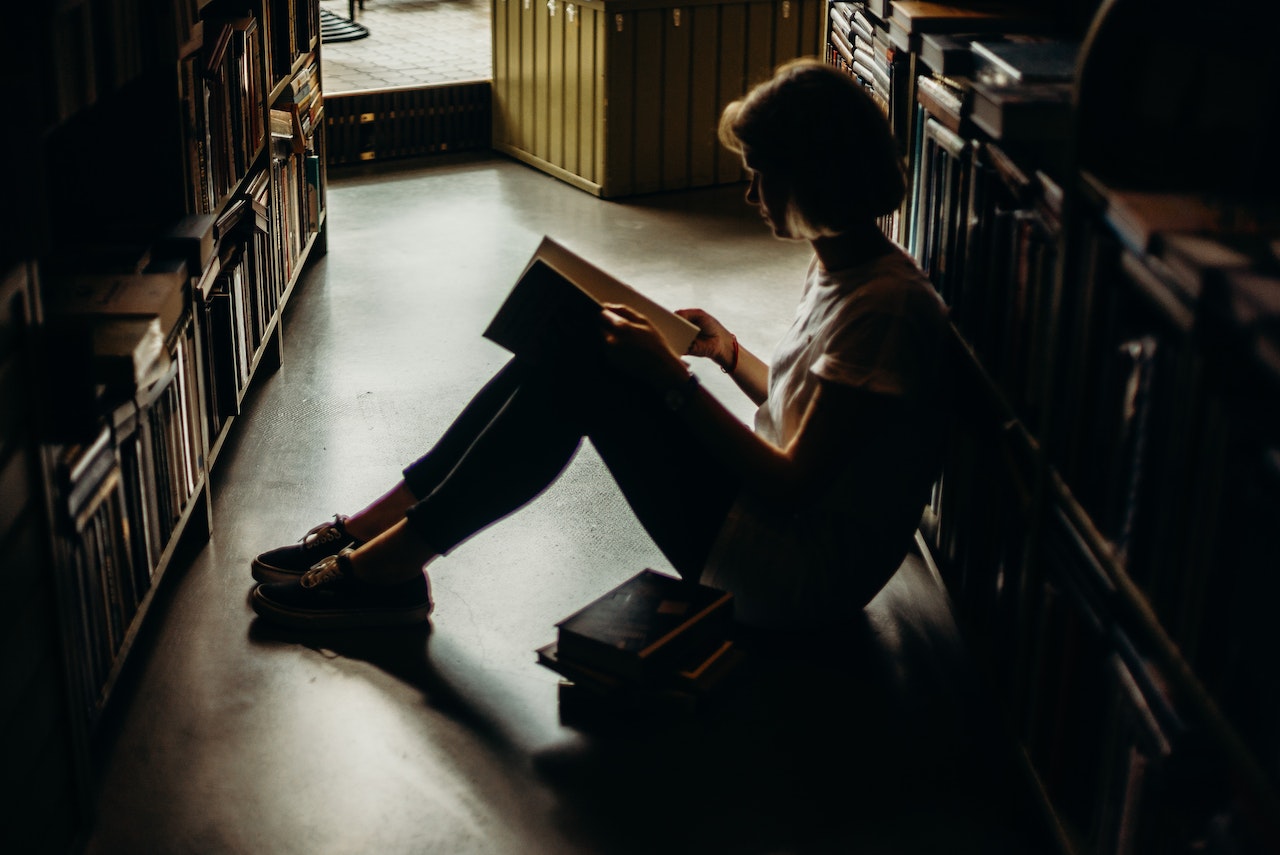 Our list of 30 best crime, mystery and thriller books of November 2022 include highly-anticipated titles such as Racing the Light by Robert Crais and Hunting Time by Jeffery Deaver as well as cozy mysteries such as Flight Risk by Cherie Priest.

Note: Mystery Tribune’s Reading Lists include the best crime and thriller books of each month as well as our picks for different sub-genres: Check them out here.

Roman Roulette: Murder in the Catacombs, the Second Daria Vinci Investigation. For Commissioner Daria Vinci, it was supposed to be a night off, attending a benefit concert for the Institute of America in Rome. But little did the wealthy, distinguished guests know that beneath their feet, in the ancient catacombs, a very different kind of gathering was being held.

One that would end in murder. In Roman Roulette, the second Daria Vinci investigation, the glamorous and high-principled police commissioner of DIGOS, Italy’ s FBI, must investigate what at first seems a simple case of suicide. In doing so, she attracts the attention of her boss, the Questor of the Province of Rome, who has his own reasons for wanting her off the case. Now, Daria Vinci must solve the murder in 36 hours, while risking her career and, possibly, her life.

Willi Geismeier is proving to be a headache for the Nazis yet again as leader of the Flower Gang – a secret organization helping people flee Germany. But is his cover about to be blown?

1944. Captain Charlie Herder’s plane is shot down in woods near Munich. A week later, he has managed to evade capture by the SS, but for how much longer? As the American pilot desperately tries to make his way to the French border, a huge manhunt ensues.

Former Munich police detective Willi Geismeier is still proving to be a thorn in the side of the Gestapo in his new incarnation as leader of the Flower Gang, a flourishing network of secret operatives helping Jews and others escape Germany. But a catastrophe occurs when the gang’s plan to help Charlie is compromised, and Willi faces a race against time to work out how their scheme was derailed if he and his operatives are to stand a chance of surviving the war.

Private investigator Elvis Cole and his enigmatic partner Joe Pike are back on the case in this brilliant new thriller from #1 New York Times bestselling author Robert Crais.

Adele Schumacher isn’t a typical worried mom. When she hires Elvis to find her missing son, a controversial podcaster named Josh Shoe, she brings a bag filled with cash, bizarre tales of government conspiracies, and a squad of professional bodyguards. Finding Josh should be simple, but Elvis quickly learns he isn’t alone in the hunt—a deadly team of mysterious strangers are determined to find Josh and his adult film star girlfriend first.

With dangerous secrets lurking behind every lead, Elvis needs his friend Joe Pike more than ever to uncover the truth about Josh, corrupt politicians, and the vicious business cartels rotting the heart of Los Angeles from within. And when Elvis’s estranged girlfriend Lucy Chenier and her son, Ben, return, he learns just how much he has to lose…if he survives.

Written with the heart, humor, and relentless suspense for which Crais is famous, Racing the Light delivers Elvis Cole’s most dangerous case yet.

How does witnessing a crime change a person? This powerful collection of stories by a star-studded roster of contributors examines this very question, with proceeds benefitting the Alliance for Safe Traffic Stops.

Inspired by recent true events, the all-original stories in Witnesses for the Dead are set in motion by the act of witnessing. The characters who populate these pages are not themselves the perpetrators of the crimes they see, but as they grapple with what to do—take action or retreat into the shadows—their lives are indelibly changed.

In “Envy” by Christopher Chambers, a sweet, shy wallflower looks on as something horrific happens in his neighborhood—revealing something horrific about himself. Agatha Award–winner Richie Narvaez’s “The Gardener of Roses” sees a Puertorriqueña college student on the run from the FBI for her accidental involvement in a “terrorist” plot. Anthony Award–winner Gary Phillips confronts police corruption in “Spiders and Fly.”

And the protagonist of “A Family Matter” by IPPY Award–winner Sarah M. Chen investigates the murder of a stranger, leading her to question the political structure of Taiwan entirely. Other stories feature a brothel, the film industry, immigrant detention centers at the Mexico-US border, World War II–torn France, and the COVID-19 pandemic. The stories are incisive, unflinching, wry, dark, and, in some cases, terrifying. You’ll ask yourself: If I saw what they saw, what would I do?

THERE ARE TWO FUNDAMENTAL RULES OF SURVIVAL.

#1: NEVER BE WITHOUT A MEANS OF ESCAPE.

Allison Parker is on the run with her teenage daughter, Hannah, and Colter Shaw has been hired by her eccentric boss, entrepreneur Marty Harmon, to find and protect her. Though he’s an expert at tracking missing persons—even those who don’t wish to be found—Shaw has met his match in Allison, who brings all her skills as a brilliant engineer designing revolutionary technology to the game of evading detection.

The reason for Allison’s panicked flight is soon apparent. She’s being stalked by her ex-husband, Jon Merritt. Newly released from prison and fueled by blinding rage, Jon is a man whose former profession as a police detective makes him uniquely suited for the hunt. And he’s not alone. Two hitmen are also hot on her heels—an eerie pair of thugs who take delight not only in murder but in the sport of devising clever ways to make bodies disappear forever. Even if Shaw manages to catch up with Allison and her daughter, his troubles will just be beginning.

SHAW IS ABOUT TO DISCOVER RULE #3: NEVER BELIEVE ANYTHING.

As Shaw ventures further into the wilderness, the truth becomes as hard to decipher as the forest’s unmarked trails…and peril awaits at every turn.

The Twist of a Knife by Anthony Horowitz (November 15)

In New York Times bestselling author Anthony Horowitz’s ingenious fourth literary whodunit following The Word is Murder, The Sentence is Death, and A Line to Kill, Horowitz becomes the prime suspect in a murder investigation—and only one man can prove his innocence: his newly estranged partner in solving crime, Detective Hawthorne.

“I’m sorry but the answer’s no.” Reluctant author, Anthony Horowitz, has had enough. He tells ex-detective Daniel Hawthorne that after three books he’s splitting and their deal is over.

The truth is that Anthony has other things on his mind.

His new play, a thriller called Mindgame, is about to open at the Vaudeville Theater in London’s West End. Not surprisingly, Hawthorne declines a ticket to the opening night.

The play is panned by the critics. In particular, Sunday Times critic Margaret Throsby gives it a savage review, focusing particularly on the writing. The next day, Throsby is stabbed in the heart with an ornamental dagger which turns out to belong to Anthony, and has his fingerprints all over it.

Anthony is arrested by an old enemy…Detective Inspector Cara Grunshaw. She still carries a grudge from her failure to solve the case described in the second Hawthorne adventure, The Sentence is Death, and blames Anthony. Now she’s out for revenge.

Thrown into prison and fearing for both his personal future and his writing career, Anthony is the prime suspect in Throsby’s murder and when a second theatre critic is found to have died in mysterious circumstances, the net closes in. Ever more desperate, he realizes that only one man can help him. But will Hawthorne take the call?

Inconsistent psychic Leda Foley and Seattle detective Grady Merritt return to solve the case of a missing couple in this sequel to the “delightful” (The New York Times Book Review) mystery Grave Reservations.

When psychic travel agent Leda Foley is approached by a man searching for his sister, she quickly agrees to help. The missing woman disappeared with a vintage orange car, a fat sack of her employer’s cash, and a grudge against her philandering husband—a man who never even reported her missing.

Thanks to DNA matching, Grady learns that the leg has something to do with Leda’s new client, and soon the two cases are tangled.

Theories abound, but law enforcement is low on leads. Lucky for Grady, Leda has a few ideas that might just be crazy enough to work. They’ll need one yellow dog, a fair share of teamwork, and perhaps a bit of Klairvoyant Karaoke to piece the clues together in this “undeniable treat” (Gwenda Bond, New York Times bestselling author) of a mystery.

The other titles in our list of best crime, mystery and thriller books for November 2022 include: