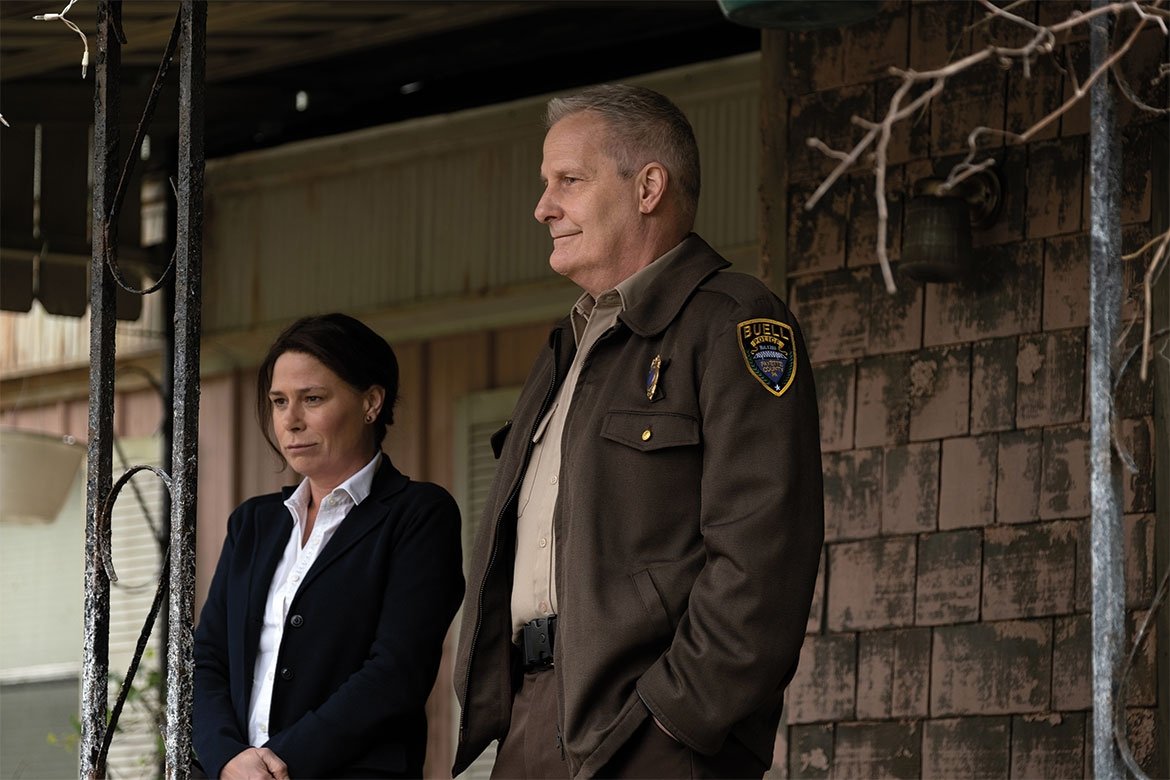 Our 2022 list of best crime, mystery, and thriller shows on Showtime has been updated with existing new releases such as Your Honor (featuring Bryan Cranston and Yellowjackets as well as familiar shows such as Dexter or Penny Dreadful.

In case you’re interested in our coverage of Showtime movies and TV shows, you can start by Penny Dreadfuls: The Ultimate Guide To Their Origins, Decline and Legacy. For best crime and thriller shows on platforms such as Netflix, Hulu, Amazon and others, you can visit our Watching Lists here.

Wealth, influence and corruption collide in this drama set in New York. Shrewd U.S. Attorney Chuck Rhoades is embroiled in a high-stakes game of predator vs. prey with Bobby Axelrod, an ambitious hedge-fund king. To date, Rhoades has never lost an insider trading case — he’s 81-0 — but when criminal evidence turns up against Axelrod, he proceeds cautiously in building the case against Axelrod, who employs Rhoades’ wife, psychiatrist Wendy, as a performance coach for his company. 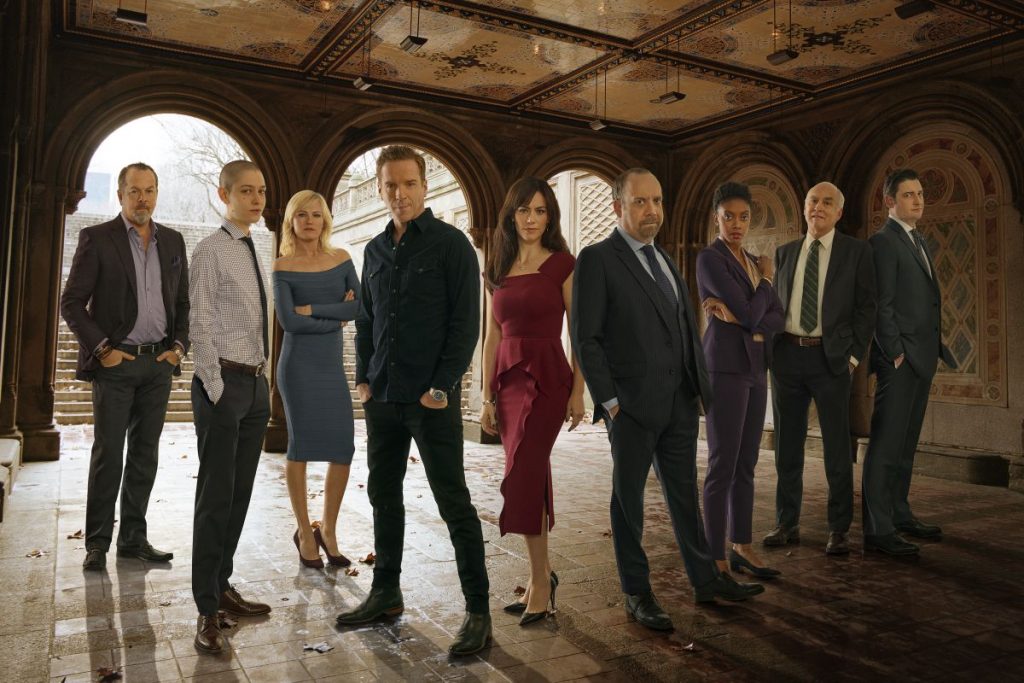 Wendy, who has been in her position longer than Chuck has been in his, refuses to give up her career for her husband’s legal crusade against Axelrod. Both men use their intelligence, power and influence to outmaneuver the other in this battle over billions. The high-profile cast is led by Emmy winners Paul Giamatti (“John Adams”) and Damian Lewis (“Homeland”) as Chuck Rhoades and Bobby Axelrod, respectively. 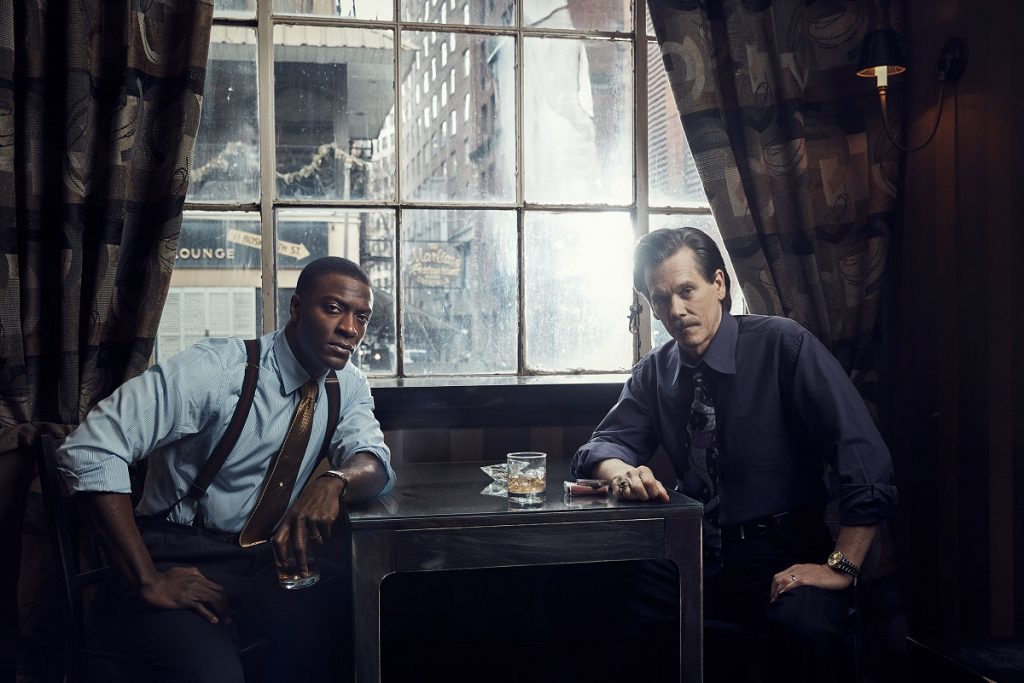 “Wakefield” is a psychological mystery revolving around the staff and patients who populate Ward C of a psychiatric hospital perched on the edge of Australia’s spectacular Blue Mountains in New South Wales. Nikhil “Nik” Katira, a psychiatric nurse working at Wakefield, is the son of Indian immigrants.

As his patients are getting better, he finds himself questioning the line between reality and madness as he feels his own sanity starting to slip. The drama shines a comedic light on what happens when the sanest individual working in a psych ward begins to lose his grip, and is inspired by creator Kristen Dunphy’s personal experiences.

Freddy and Baba are a deadly duo, drawn together by violence and the dark past that haunts each of them. DS Lola Franks and DI Jackson Mendy are new partners thrown together to catch the killers before they strike again. 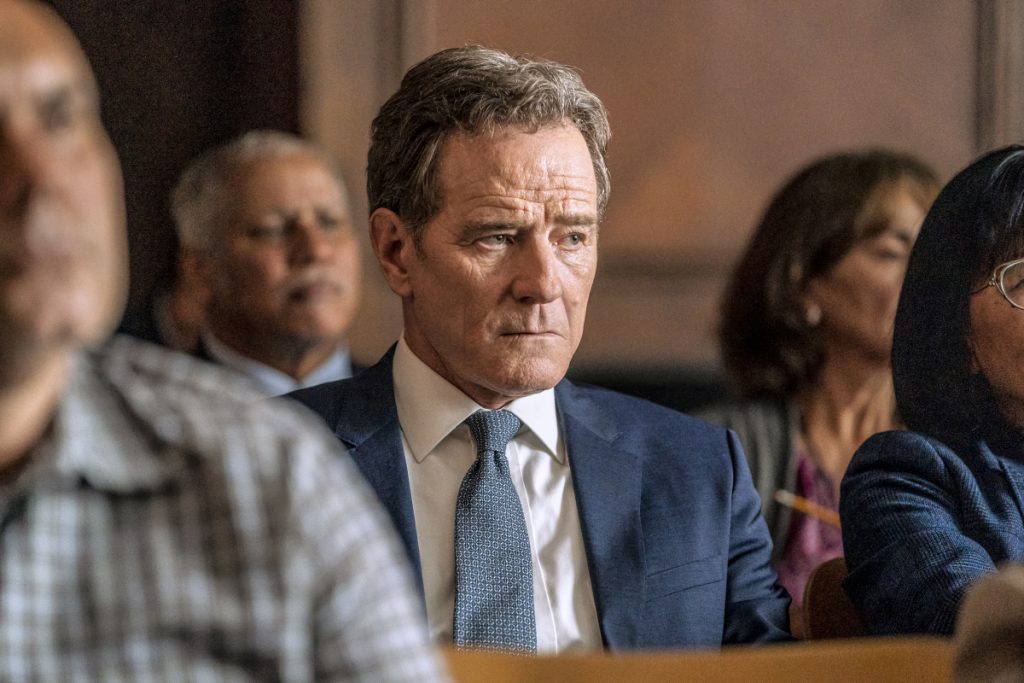 Bryan Cranston stars as a judge confronting his deepest convictions when his son is involved in a hit and run that embroils an organized crime family. He faces a series of impossible choices and discovers how far a father will go to save his son’s life. Developed by Peter Moffat.

Ignited by a bombshell story revealing that the Pentagon had been tracking UFOs for years, this series examines the history of the phenomenon through cultural and political touchpoints, including testimony from eyewitnesses across the country.

Jonathan Rhys Meyers is Henry 8 as you’ve never seen him before. The epic series reveals the scandalous life of a young king whose affairs and obsession with producing a male heir changed marriage, the church, and the world forever. Created By Michael Hirst.

“Yellowjackets” tells the narrative of a team of wildly talented high-school girls soccer players who survive a plane crash deep in the Ontario wilderness. The series chronicles their descent from a complicated but thriving team to warring, cannibalistic clans, while also tracking the lives they have attempted to piece back together. 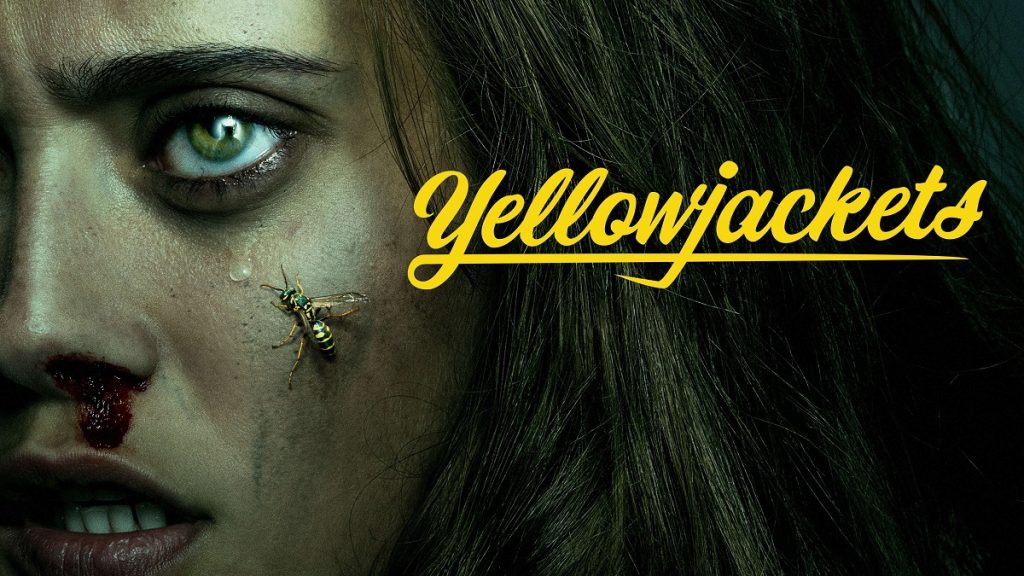 This groundbreaking documentary series offers an unflinching, intimate look at remarkable, terminally ill people facing their own mortality. It provides a tangible, hopeful reminder of the finite nature of our time here on earth.

A riveting one-hour drama series about a federal agent (Michael Ealy) who goes deep undercover inside a group of Islamic terrorists in Los Angeles, led by a true believer for whom any act of violence is moral if it serves his cause. Created by Ethan Reiff.

Ray Donovan is a “fixer” for Hollywood’s elite. He is the go-to guy that the city’s celebrities, athletes and business moguls call to make their problems disappear. It’s a much more lucrative job than his previous work as a ruthless South Boston thug, vaulting him within reach of the truly wealthy and powerful. 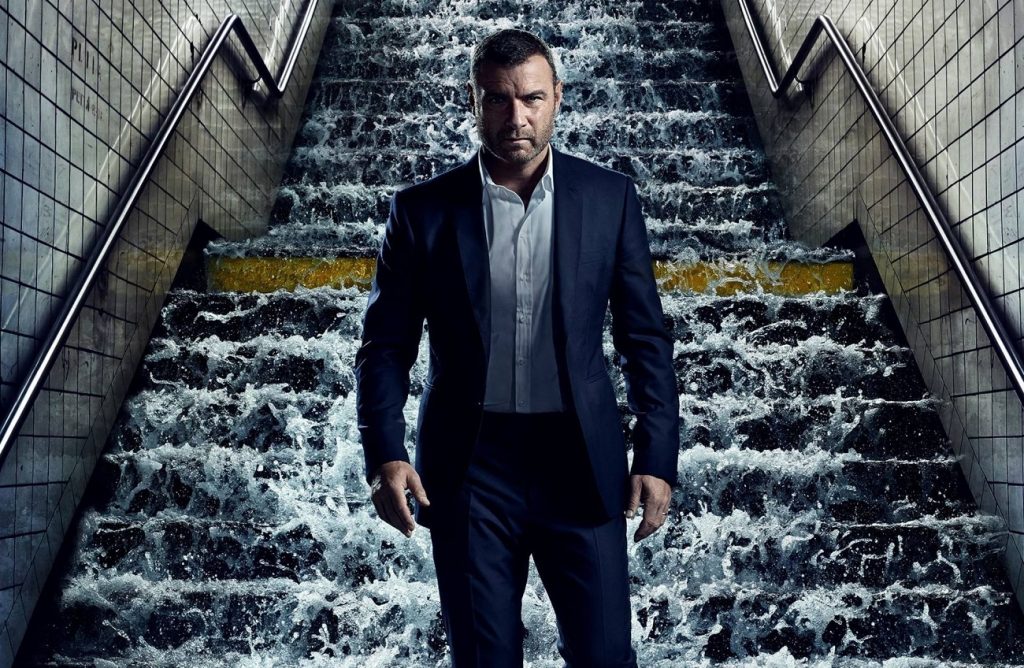 But no amount of money or the expensive things it can buy can completely mask Ray’s past, a past that continues to haunt him with troubled brothers always calling and his father’s recent release from 20 years spent in prison. Now a free man, Ray’s father, Mickey, arrives in Los Angeles to get what he feels is rightfully his. Mickey’s desire to reconnect and settle old scores with his family — including Ray’s wife and kids, who have never met the family’s patriarch and are anxious to get to know him — threatens to destroy everything Ray has built for himself.

Penny Dreadful is a psychological thriller filled with dark mystery and suspense, where personal demons from the past can be stronger than vampires, evil spirits and immortal beasts. Created by John Logan.

When a grisly murder shocks Los Angeles in 1938, Detective Tiago Vega and his partner Lewis Michener become embroiled in an epic story that reflects the rich history of the city. Created by John Logan.

A five-part documentary series examining the gripping story of high school football star Greg Kelley who was arrested, convicted and jailed for sexual assault of a 4-year-old boy, and his supporters’ quest for truth and justice. 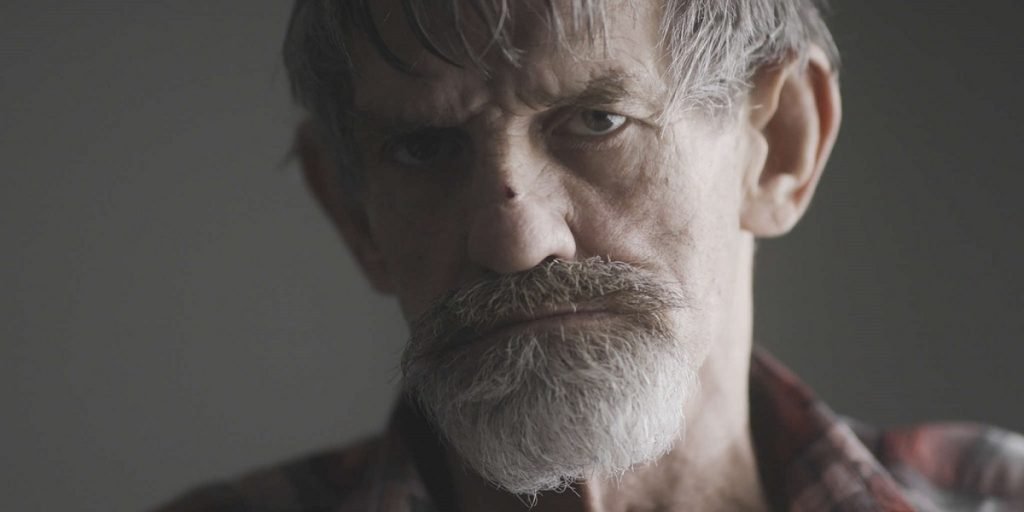 Based on a best-selling book, this five-part true crime docu-series investigates the unsolved murders of 8 women whose bodies were discovered in drainage canals. Thie story is based on a book by Ethan Brown.

When Marine Sgt. Nicholas Brody returns home following eight years in captivity, CIA agent Carrie Mathison thinks he has turned and is connected to a terror plot to be carried out on American soil, so she engages him in a dangerous game of cat and mouse that puts America’s national security at risk.

Later on, Carrie gets a promotion and returns to the front lines overseas. She is assigned to one of the CIA’s most volatile and dangerous stations in the Middle East, where she is in the heart of battle in the war on terror. Years later, after being disillusioned and placing herself in a self-imposed exile in Berlin, Carrie becomes estranged from the CIA, eventually returning stateside where she works for a foundation providing aid to Muslims living in America.

This six-part limited series tells the story of a couple whose relationship and values are tested when they cross over from political activism to radical militancy in 1970s London. Written by John Ridley.

Based on the award-winning novel by author James McBride, “The Good Lord Bird” is told from the perspective of Henry “Little Onion” Shackleford, a newly freed teenager who joins abolitionist John Brown on a holy crusade to end slavery. 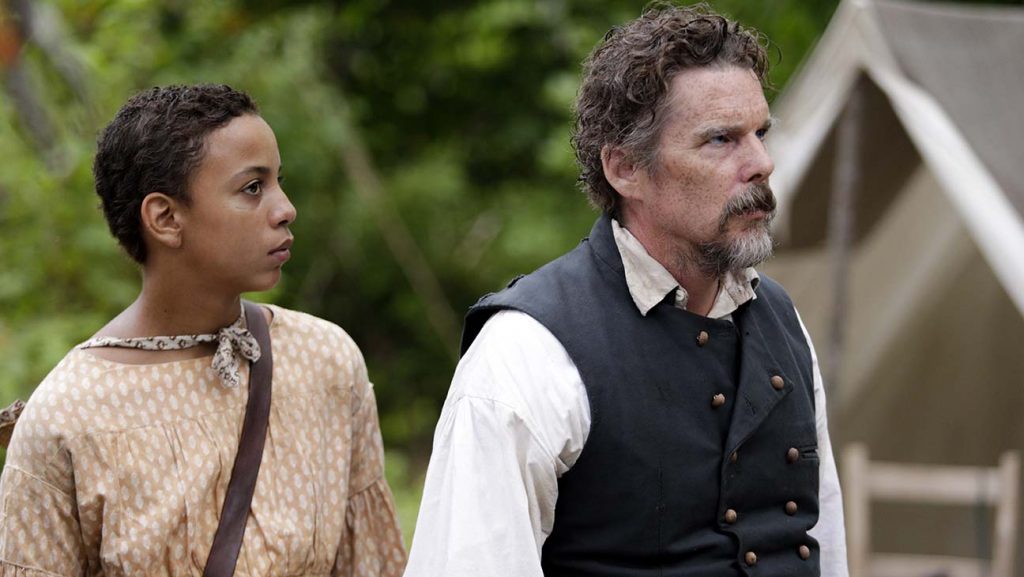 Onion encounters Frederick Douglass and Harriet Tubman, and he finds himself as a part of the famous 1859 raid at Harpers Ferry. “The Good Lord Bird” is equal parts absurd and tragic as it spotlights the ever-changing racial, religious and gender roles that make up the American identity.

The small sleepy town of Dannemora is home to the Clinton Correctional Facility, a maximum security prison. Two inmates, Richard Matt and David Sweat become entangled in the life of a married female prison employee in the summer of 2015.

Tilly Mitchell, an employee at Clinton Correctional Facility becomes romantically entangled with both convicts and aids in their escape from the facility. Emmy winner Ben Stiller executive produces and directs all episodes.

A documentary series that explores the furthest reaches of the internet and the people who frequent it, Dark Net provides a revealing and cautionary look inside a vast cyber netherworld rarely witnessed by most of us. Narrated by Lauren Terp.

The South Side of Chicago carries daily danger, and the smallest and simplest of decisions can have life or death consequences for the residents. Life continues as the kids prep for school and their parents shuffle off to work. The young adults of the area are trying to scrape a living for themselves, while the elders sit on their front porches and observe the goings on. 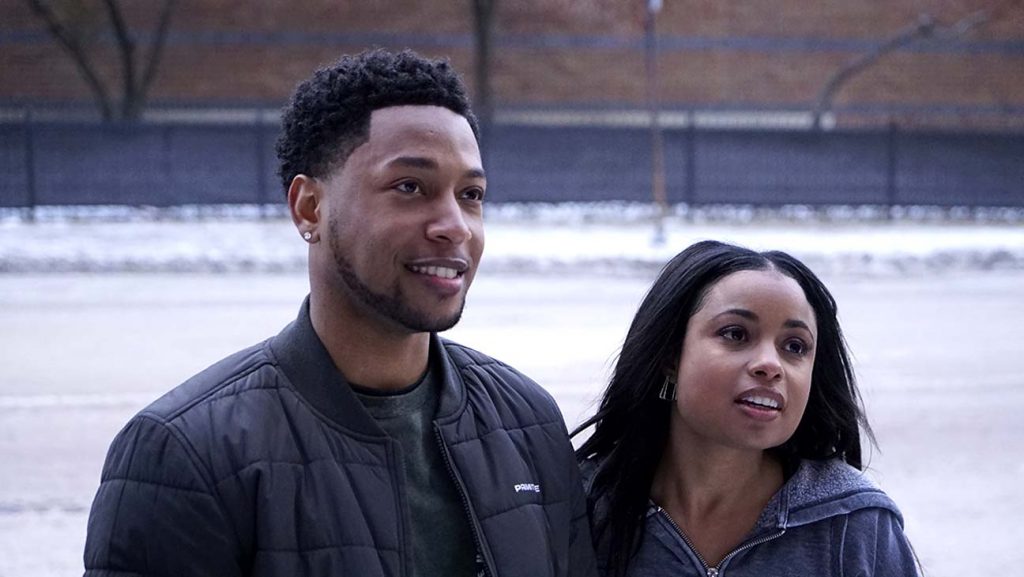 The South Side has the potential to crush dreams, and this coming-of-age series focuses on Kevin, a preteen who embraces the normal rites of childhood, Brandon, who makes a leap of faith to succeed in love and life with Jerrika, Emmett, who seeks guidance from his mother, and Ronnie, who is a drifter struggling to be loved. All of them are linked together by sheer coincidence as they seek redemption.

Oscar winner Jeremy Irons stars as the charismatic Rodrigo Borgia, the head of an infamous Renaissance-era Italian family who will let nothing and no one stand in the way of his relentless quest for power. Created by Neil Jordan.

In 1969 a girl is murdered. In 1989 her best friend suddenly remembered witnessing the brutal crime and the man who committed it – her own father. The explosively controversial trial that followed was the first criminal case based on a repressed memory. Written by Yotam Guendelman.

The Caffee brothers live in an Irish-American neighborhood in Providence, R.I., known as “the Hill.” Tommy Caffee is a family man whose ambition and street smarts help him navigate the world of Providence politics, protecting the Hill at all costs. 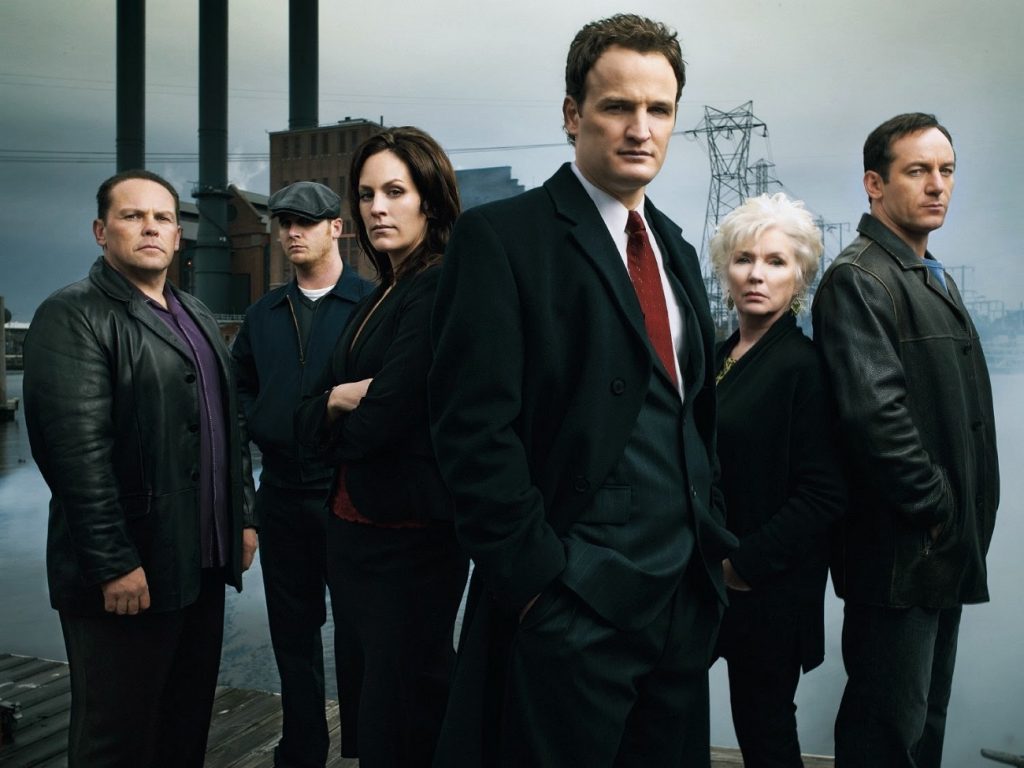 Travel back to October 19, 1987- aka Black Monday, the worst stock market crash in history. This outrageous comedy series tells the story of how a group of outsiders took on the blue-blood, old-boys club of Wall Street. Created by David Caspe.

This four-part docu-series explores the legalization of sports gambling and its evolving impact on the gambling community. It chronicles professional gamblers, bookies and oddsmakers and documents the effects of legalization through their eyes.

The Affair explores the emotional effects of an extramarital relationship between Noah, a dissolute schoolteacher and novelist, and Alison, a waitress trying to piece her life and marriage back together in the wake of a tragedy. Created by Sarah Treem.

“Back to Life” is a British dark comedy-drama about Mira Matteson. After serving a sentence of 18 years in prison for a terrible crime she committed in her teens, Miri is finally able to return home to her small town. 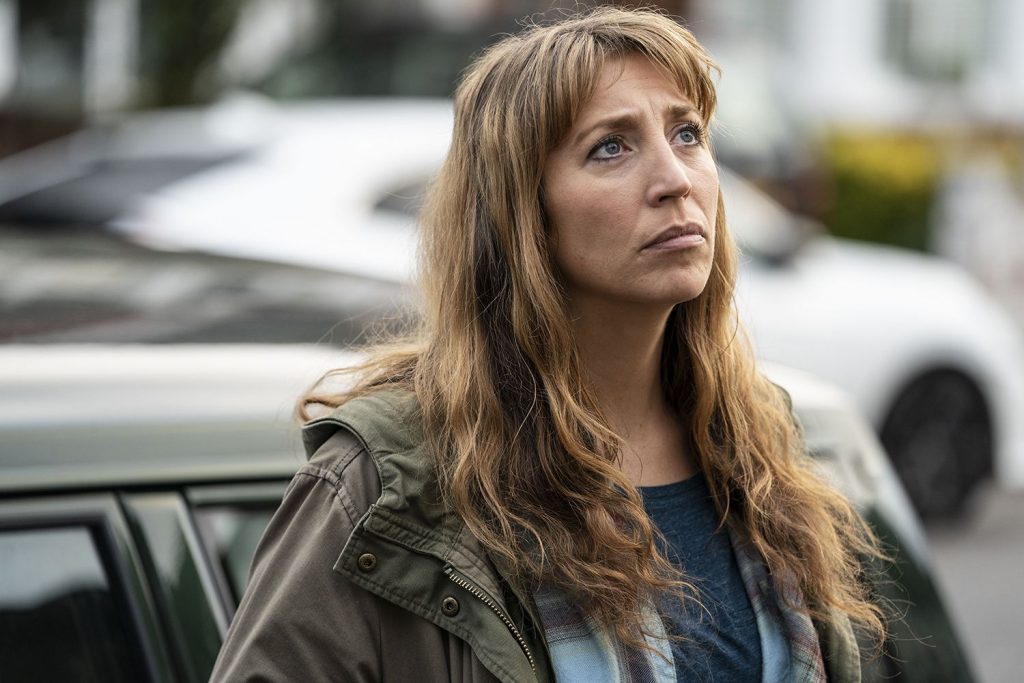 Although Miri would like to move on from her dark and conflicted past, her neighbors have not forgotten what happened all those years ago. Now 36, Miri wants to rebuild her life and makes a start by moving back in with her parents. She soon finds herself with no friends, no job or any clue about how to move on with her life.

This documentary series takes an in-depth look at eight mass shootings in the U.S., from the Aurora, Colo., theater incident to the church shooting in Charleston, S.C., and the Pulse nightclub massacre in Orlando. 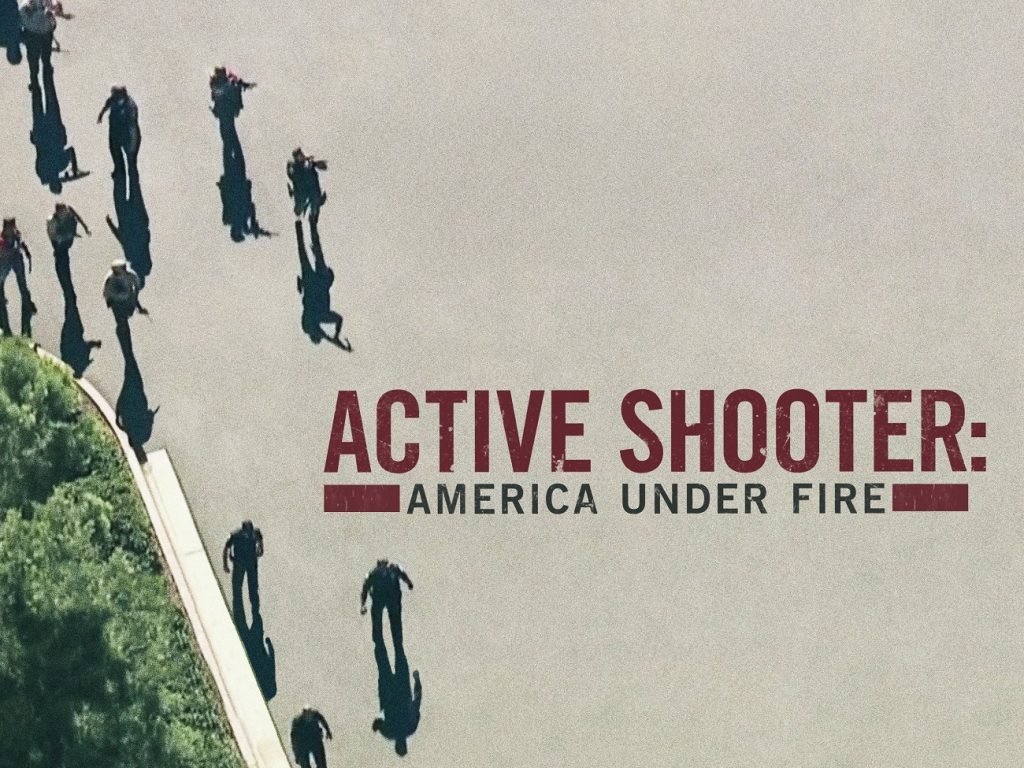 Each episode focuses on one event, explores how it unfolded and examines the lasting impact on the community and the country at large. Interviews with survivors, families of the victims, and first responders capture the terror, sorrow, courage and determination born from the life-changing tragedies. 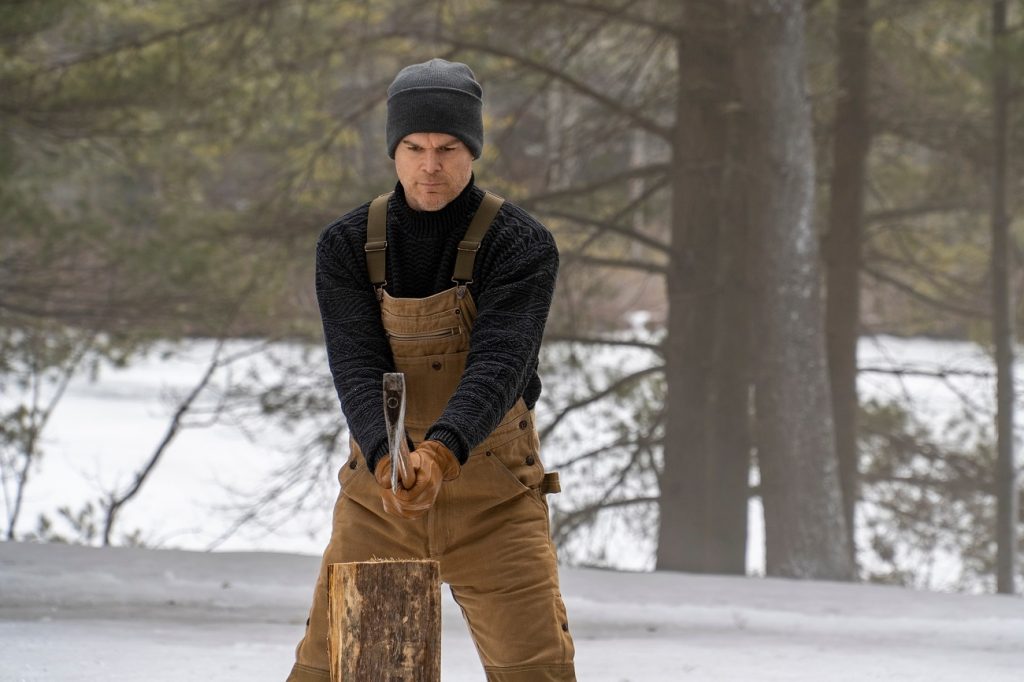 Showtime Original. Dexter Morgan is missing, presumed dead and living a homicide-free life under an assumed name when his son shows up. Thrown off balance, Dexter soon finds that his Dark Passenger is alive and well, and that he has very dangerous company in Iron Lake, NY.

Based on Philipp Meyer’s novel of the same name, “American Rust” explores the tattered American dream through the eyes of a police chief in a Rust Belt town in southwest Pennsylvania. 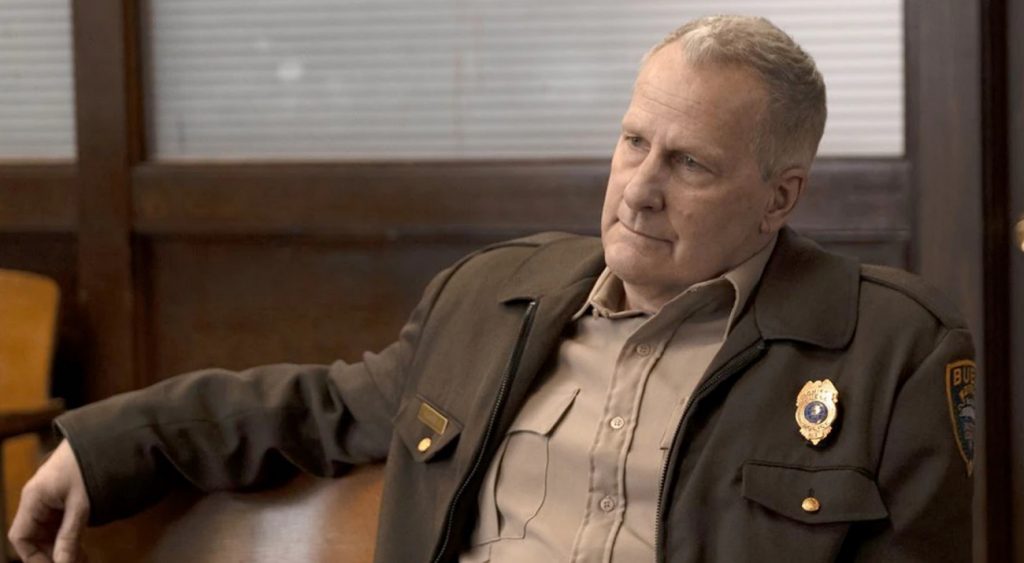