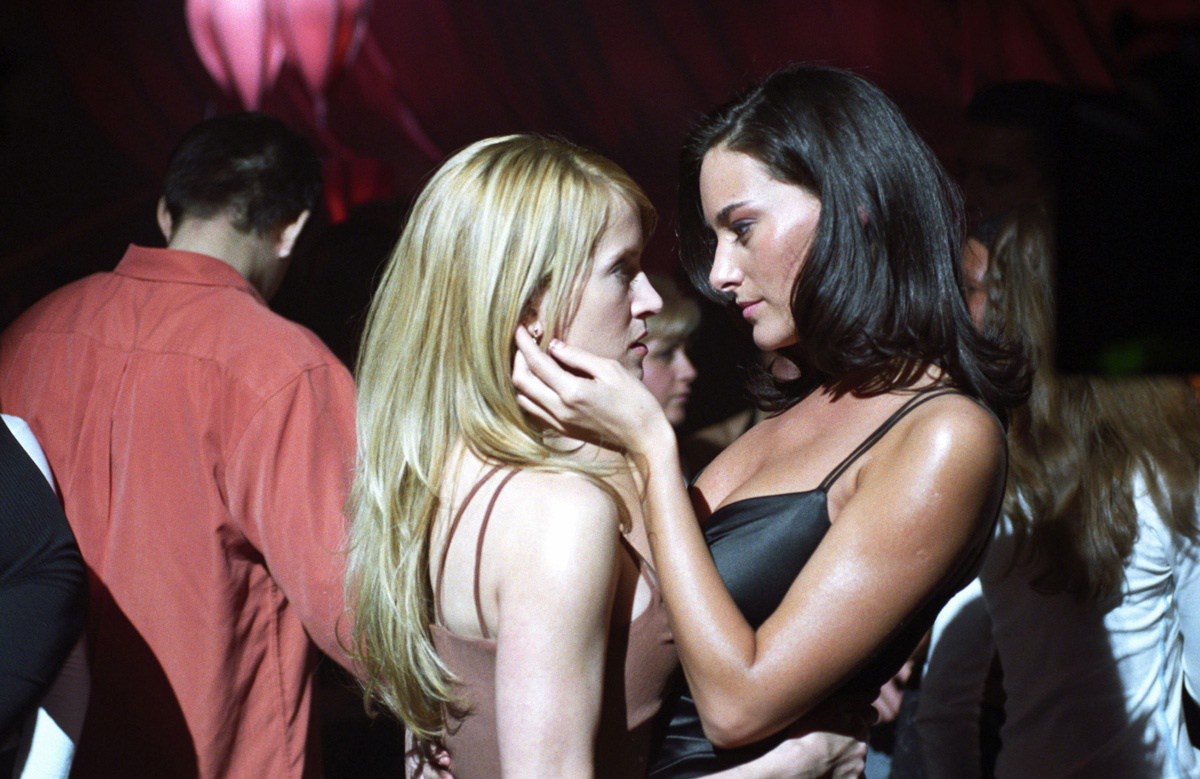 If you’d like to explore more of our lists featuring the best crime, mystery and thriller shows and movies across different streaming platforms, check out our Watching Lists.

Our list of best crime movies featuring steamy sex scenes, which covers many classics, include: Sparks fly when Violet (Jennifer Tilly) sets eyes on Corky (Gina Gershon) in an elevator. Violet is the girlfriend of a violent gangster, Caesar (Joe Pantoliano), while Corky is fresh out of prison and doing renovations on the apartment next door.

As the two women launch into a passionate love affair, they assemble an intricate plan for Violet to escape from Caesar, with two million dollars of the mob’s money — but the important part is to make it out alive.

A psychopath is scouring New York City gay clubs and viciously slaying homosexuals. Detective Steve Burns (Al Pacino) is ordered to don leather attire, hang at the city’s S&M joints and keep an eye out for the killer.

But as Steve becomes immersed in club hopping, he begins to identify with the subculture more than he expected. Meanwhile, Steve behaves distantly around his girlfriend, Nancy (Karen Allen), the police force’s homophobia becomes apparent and the killer remains at large.

Looking to escape her unhappy marriage, villainous femme fatale Bridget Gregory (Linda Fiorentino) convinces her husband, Clay (Bill Pullman), to sell cocaine, then steals the profits and runs out on him. 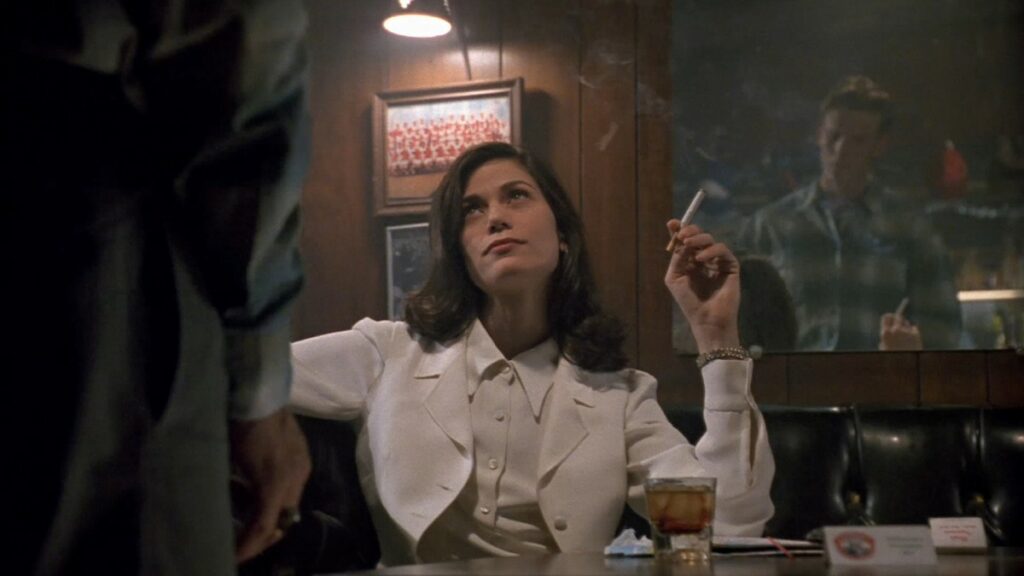 She stops in a small town en route to Chicago, where she ensnares her next conquest, insurance man Mike Swale (Peter Berg). After getting a job at his insurance company, Bridget convinces Mike to run a scam — but things take a deadly turn when she recruits him to help get rid of her husband.

When a prominent art dealer is found murdered, the man’s death leads to an intriguing investigation steeped in sex, corruption and crime.

District Attorney David Corelli (David Caruso) gets assigned to the case and discovers that a key suspect is his ex-lover Katrina Gavin (Linda Fiorentino), a beautiful psychologist who has settled down with his old friend and peer, Matt (Chazz Palminteri). As Corelli gets deeper into the case, he uncovers dark secrets with far-reaching implications. 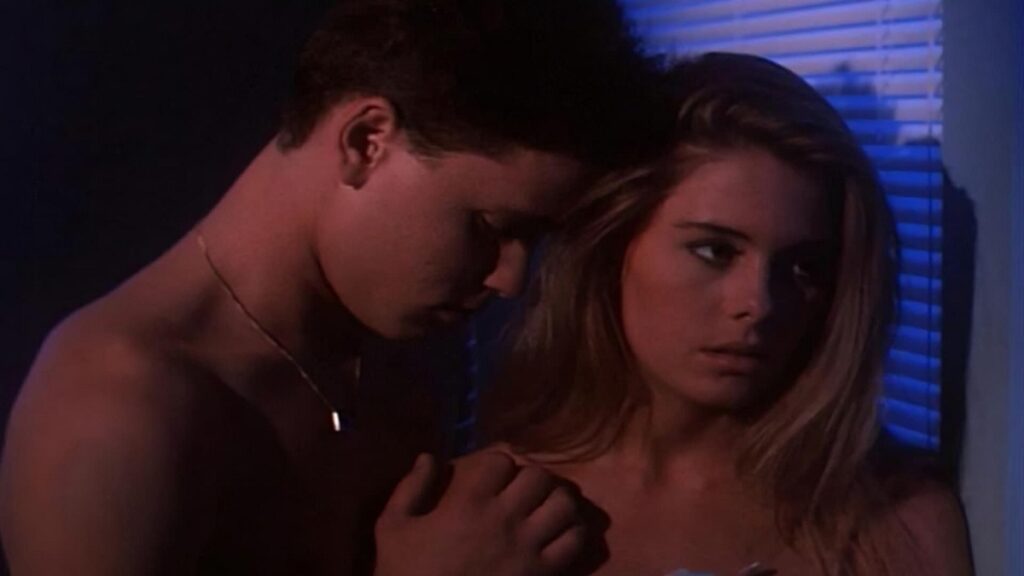 Residents of a trailer park in St. Petersburg, Fla. — all convicted sex offenders — discuss their experiences living in the outside world.

In 1952, a prominent black woman killed a white doctor in Florida after suffering years of sexual abuse at his hands. Despite abundant evidence that she was acting in self-defence, a jury found her guilty and sentenced her to death.

In this Michael Crichton adaptation, Tom Sanders (Michael Douglas) is a senior executive at a cutting-edge technology corporation on the verge of releasing an innovative new product.

Sanders’ boss, Bob Galvin (Donald Sutherland), is putting the final touches on a potentially lucrative merger and everything is in order for Tom until a vamp from his past, Meredith Johnson (Demi Moore), swoops in, stealing his impending promotion and then — doubling down — suing him for sexual harassment.

After an attempt at securing the services of a prostitute goes slightly awry, Joel hires gorgeous Lana (Rebecca De Mornay) for a night of delight. Stunned by the amount of Lana’s “bill” the next morning, Joel grows frantic after he crashes his father’s Porsche. In an effort to raise lots of money fast, a desperate Joel turns the house into a brothel.

Gang In-ho uncovers sexual and physical abuse at a school for hearing impaired children. With the help of a human rights activist, Gang fights against the community to expose the abuse and put a stop to it. 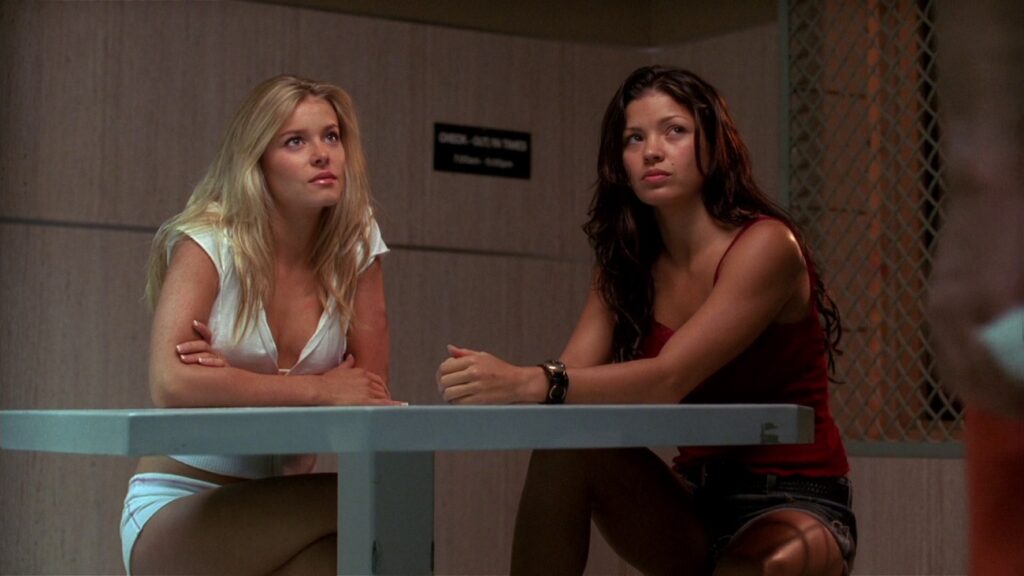 Two young women will stop at nothing for one to gain a $4 million inheritance of two priceless diamonds, while two detectives try to thwart their plans, but find complications abound.

College student Jeffrey Beaumont (Kyle MacLachlan) returns home after his father has a stroke. When he discovers a severed ear in an abandoned field, Beaumont teams up with detective’s daughter Sandy Williams (Laura Dern) to solve the mystery.

They believe beautiful lounge singer Dorothy Vallens (Isabella Rossellini) may be connected with the case, and Beaumont finds himself becoming drawn into her dark, twisted world, where he encounters sexually depraved psychopath Frank Booth (Dennis Hopper). 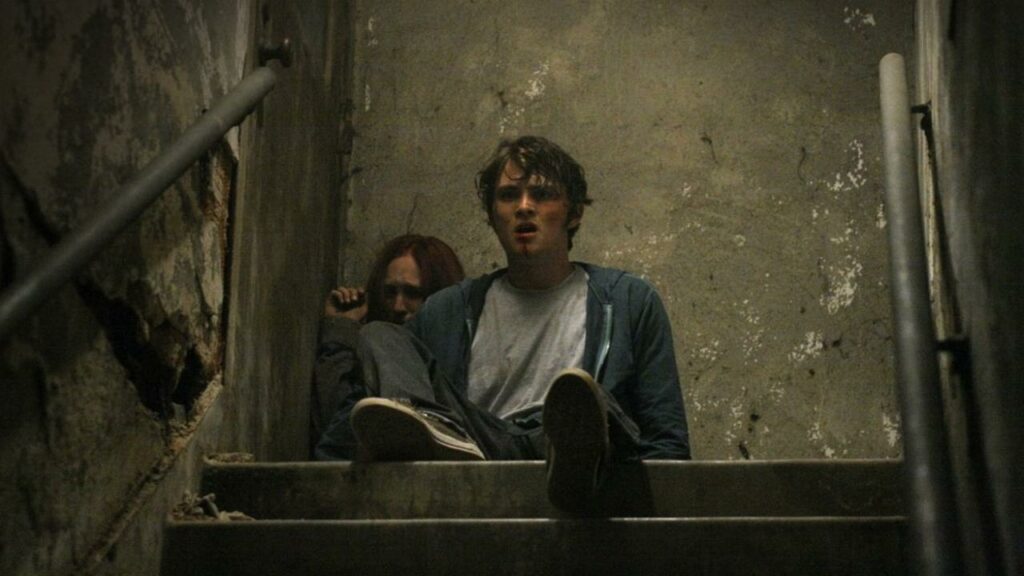 Three young men break into a morgue to see the corpse of a beautiful actress, and decide to be the last people to have sex with her.

Bobby (John Laughlin) owns a gadget store by day and takes surveillance jobs by night. A businessman hires him to spy on Joanna (Kathleen Turner), a fashion designer suspected of committing white-collar crimes.

But Bobby finds that Joanna’s transgressions aren’t business-related; instead, she spends her evenings as a prostitute specializing in fetishes. Intrigued, Bobby begins to woo her, but their relationship is complicated by Shayne (Anthony Perkins), a deviant priest who’s stalking Joanna.

Alex Linden (Art Garfunkel) is a psychiatrist living in Vienna who meets Milena Flaherty (Theresa Russell) though a mutual friend. Though Alex is quite a bit older than Milena, he’s attracted to her young, carefree spirit.

Despite the fact that Milena is already married, their friendship quickly turns into a deeply passionate love affair that threatens to overtake them both. When Milena ends up in the hospital from an overdose, Alex is taken into custody by Inspector Netusil (Harvey Keitel). 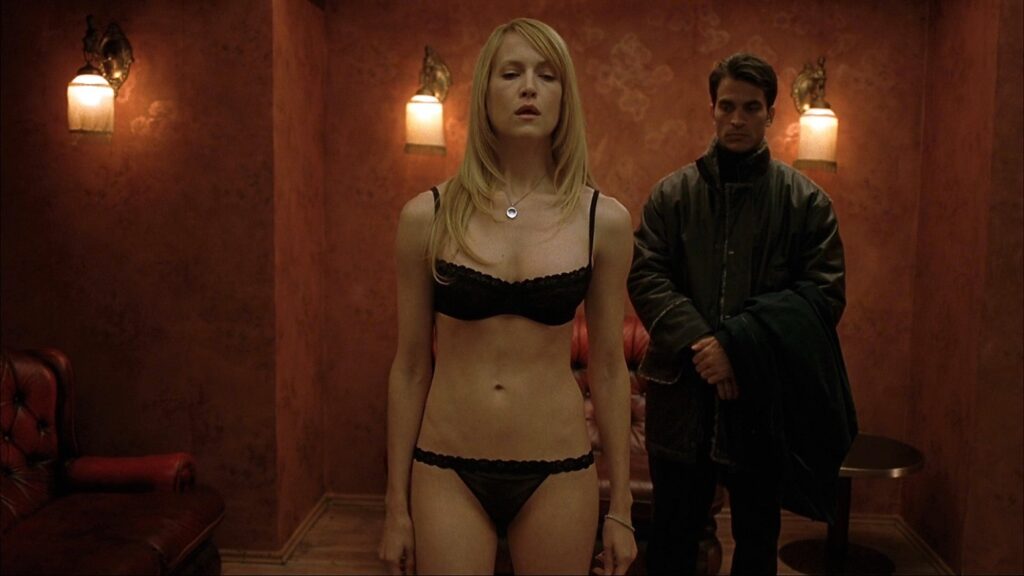 In a desperate attempt to save the well-connected Harrington family from a scandal, Huxley and Tish venture into a sordid world of pornography and sex work in the backstreets of Budapest, Hungary.