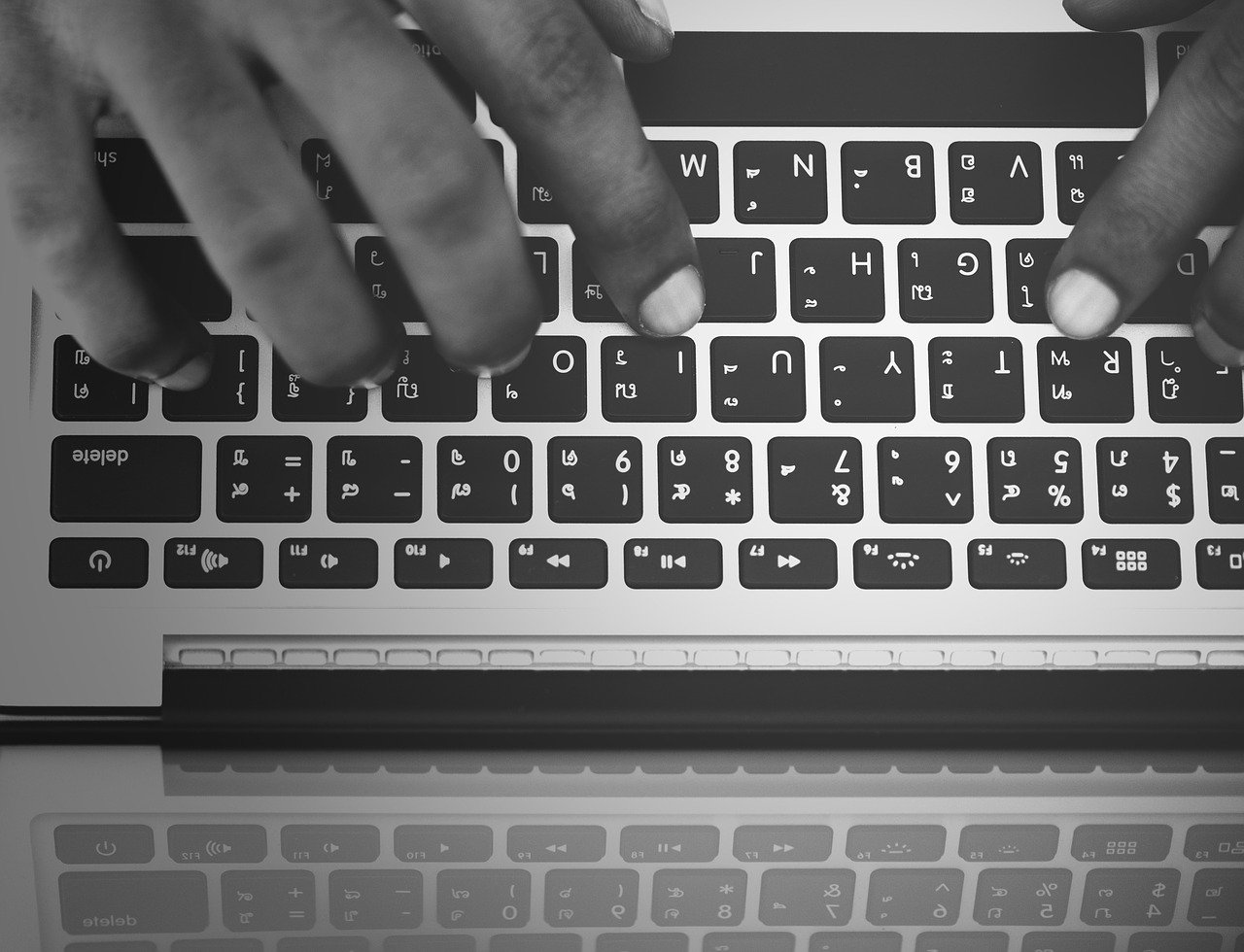 Riffle has become a go-to place for many book lovers but in case you are wondering: “What is Riffle?”, it’s a social website which has been around for few years now and some people call it the Pinterest of Books. Once you have create a profile, you can create attractive panels of book covers, just like pinboards on Pinterest. You can also follow or be followed by other users and in a visually appealing way see “What is trending or recommended”. Overall, it is a new visual concept which is similar to Good Reads in the core.

In case you are wondering, what mystery and thriller books are now trending on Riffle, here are the top picks:

Seven Wonders by Ben Mezrich: When the reclusive mathematician Jeremy Grady is murdered, it’s up to his estranged brother Jack to find out why. Jack’s search leads him on a far-flung journey—from Brazil, India, Peru, and beyond—as he unravels the mystery that links the Seven Wonders of the World, and discovers that Jeremy may have hit upon something that’s been concealed for centuries.

With the help of scientist Sloane Costa, they discover a conspiracy to hide a roadmap to the Garden of Eden—and the truth behind a mythological ancient culture.

The Truth About the Harry Quebert Affair by Joel Dicker: The publishing phenomenon topping bestseller lists around the world, with sales of more than two million copies in Europe and rights sold in more than forty countries, The Truth About the Harry Quebert Affair is a fast-paced, tightly plotted, cinematic literary thriller, and an ingenious book within a book, by a dazzling young writer.

August 30, 1975: the day fifteen-year-old Nola Kellergan is glimpsed fleeing through the woods, never to be heard from again; the day Somerset, New Hampshire, lost its innocence.

Thirty-three years later, Marcus Goldman, a successful young novelist, visits Somerset to see his mentor, Harry Quebert, one of the country’s most respected writers, and to find a cure for his writer’s block as his publisher’s deadline looms. But Marcus’s plans are violently upended when Harry is suddenly and sensationally implicated in the cold-case murder of Nola Kellergan—whom, he admits, he had an affair with. As the national media convicts Harry, Marcus launches his own investigation, following a trail of clues through his mentor’s books, the backwoods and isolated beaches of New Hampshire, and the hidden history of Somerset’s citizens and the man they hold most dear.

To save Harry, his own writing career, and eventually even himself, Marcus must answer three questions, all of which are mysteriously connected: Who killed Nola Kellergan? What happened one misty morning in Somerset in the summer of 1975? And how do you write a book to save someone’s life?

The Silkworm by Robert Galbraith: When novelist Owen Quine goes missing, his wife calls in private detective Cormoran Strike. At first, Mrs. Quine just thinks her husband has gone off by himself for a few days–as he has done before–and she wants Strike to find him and bring him home.

But as Strike investigates, it becomes clear that there is more to Quine’s disappearance than his wife realizes. The novelist has just completed a manuscript featuring poisonous pen-portraits of almost everyone he knows. If the novel were to be published, it would ruin lives–meaning that there are a lot of people who might want him silenced.

When Quine is found brutally murdered under bizarre circumstances, it becomes a race against time to understand the motivation of a ruthless killer, a killer unlike any Strike has encountered before.

NOS4A2 by Joe Hill: Victoria McQueen has a secret gift for finding things: a misplaced bracelet, a missing photograph, answers to unanswerable questions. On her Raleigh Tuff Burner bike, she makes her way to a rickety covered bridge that, within moments, takes her wherever she needs to go, whether it’s across Massachusetts or across the country.

Charles Talent Manx has a way with children. He likes to take them for rides in his 1938 Rolls-Royce Wraith with the NOS4A2 vanity plate. With his old car, he can slip right out of the everyday world, and onto the hidden roads that transport them to an astonishing – and terrifying – playground of amusements he calls “Christmasland.”

Then, one day, Vic goes looking for trouble—and finds Manx. That was a lifetime ago. Now Vic, the only kid to ever escape Manx’s unmitigated evil, is all grown up and desperate to forget. But Charlie Manx never stopped thinking about Victoria McQueen. He’s on the road again and he’s picked up a new passenger: Vic’s own son.

Innocence by Dean Koontz: In Innocence, Dean Koontz blends mystery, suspense, and acute insight into the human soul in a masterfully told tale that will resonate with readers forever.

He lives in solitude beneath the city, an exile from society, which will destroy him if he is ever seen.

She dwells in seclusion, a fugitive from enemies who will do her harm if she is ever found.

But the bond between them runs deeper than the tragedies that have scarred their lives. Something more than chance—and nothing less than destiny—has brought them together in a world whose hour of reckoning is fast approaching.

Once Upon A Lie by Maggie Barbieri: Maeve Conlon’s life is coming apart at the seams. Her bakery is barely making ends meet, and one of her daughters spends as much time grounded as the other does studying. Her ex-husband has a new wife, a new baby, and a look of pity for Maeve that’s absolutely infuriating. Her father insists he’s still independent, but he’s slowly and obviously succumbing to Alzheimer’s. And now, her cousin Sean Donovan has been found dead, sitting in his car in a public park in quiet Farringville, New York, shot through the head.

There was never much love lost between Maeve and Sean and she’s not exactly devastated by his death, but suddenly the police are poking around asking the family questions. It’s just one more hassle Maeve doesn’t have time for, until she realizes that her father, whose memory and judgment are unreliable at best, is a suspect in the murder. Maeve is determined to clear his name, but is she prepared to cope with the dark memories and long-hidden secrets that doing so might dredge up?

The Gods of Guilt by Michael Connelly: Mickey Haller gets the text, “Call me ASAP – 187,” and the California penal code for murder immediately gets his attention. Murder cases have the highest stakes and the biggest paydays, and they always mean Haller has to be at the top of his game.

When Mickey learns that the victim was his own former client, a prostitute he thought he had rescued and put on the straight and narrow path, he knows he is on the hook for this one. He soon finds out that she was back in LA and back in the life. Far from saving her, Mickey may have been the one who put her in danger.

Haunted by the ghosts of his past, Mickey must work tirelessly and bring all his skill to bear on a case that could mean his ultimate redemption or proof of his ultimate guilt.

Gods and Beasts by Denise Mina: It’s the week before Christmas when a lone robber bursts into a busy Glasgow post office carrying an AK-47. An elderly man suddenly hands his young grandson to a stranger and wordlessly helps the gunman fill bags with cash, then carries them to the door. He opens the door and bows his head; the robber fires off the AK-47, tearing the grandfather in two.

DS Alex Morrow arrives on the scene and finds that the alarm system had been disabled before the robbery. Yet upon investigation, none of the employees can be linked to the gunman. And the grandfather-a life-long campaigner for social justice-is above reproach. As Morrow searches for the killer, she discovers a hidden, sinister political network. Soon it is chillingly clear: no corner of the city is safe, and her involvement will go deeper than she could ever have imagined.