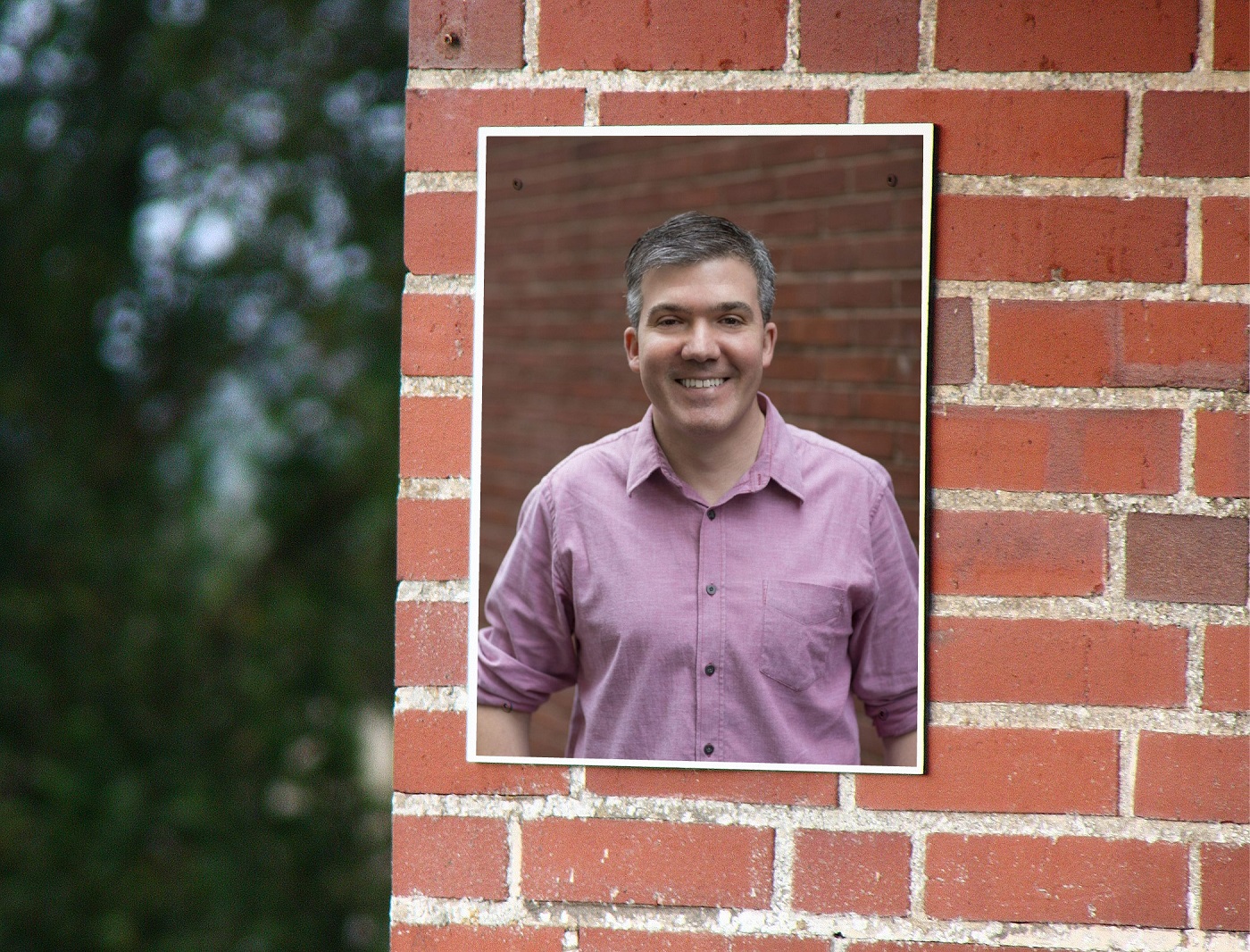 Jason Rekulak, the author of the Edgar Award-nominated coming-of-age novel The Impossible Fortress, is already a established name in the fiction world. But now, his first foray into the thriller genre comes complete with several original illustrations and a slew of early praise.

Hailed by Booklist as “Paranormal perfection” and praised by Publishers Weekly for “holding a mirror up to white, affluent Gen X and asking pointed questions about class, trauma, and horror conventions,”  his new novel HIDDEN PICTURES is a gripping mix of upper class suburban drama meets paranormal thriller that Stephen King says “won’t let you put it down.”

What follows is a conversation with Jason on the book, his writing process and authors who inspired him.

How would you describe HIDDEN PICTURES?

Hidden Pictures is a contemporary spin on a classic story: A young woman moves to a new town and takes a job caring for a small child. She’s soon convinced that something is haunting her new home, and she sets out to investigate. So imagine The Turn of the Screw in a present-day New Jersey suburb.

But the most unique aspect of Hidden Pictures is the actual pictures.  Teddy (the small child) loves to draw, and we see his illustrations throughout the book. At first they’re typical kid stuff: birds and rabbits and trees. But then he draws a body being dragged through a forest.

And a man digging a grave.  And his babysitter (Mallory, our narrator) can’t help but wonder where these pictures are coming from.  She wonders if Teddy is channeling some strange supernatural presence.  Maybe the pictures are clues to a mystery, or maybe she’s just losing her mind. The book invites the reader to play detective alongside Mallory – to study the pictures as she encounters them and try to make sense of them.

Can you tell us a bit about the main character of HIDDEN PICTURES, Mallory, and how you found her as the voice for this story?

Mallory hails from blue collar South Philadelphia and (at the start of the book) she takes a job in a very affluent suburb in New Jersey, where she feels very out of her element. I leaned on my own blue collar roots to capture her voice, and I borrowed lots of quirks and details from various friends and family.

As the story opens, Mallory’s still recovering from two years she spent addicted to prescription painkillers, and she’s looking to make a fresh start.  It’s a big challenge. She’s 22 years old, she’s estranged from her family, she has limited financial resources and job prospects, and she’s got the monkey of addiction on her back.

I have a family member who works with people in recovery, and she opened my eyes to the plight of young people like Mallory.  I remember learning about a teenage boy who went to the dentist to get a wisdom tooth removed, and within weeks found himself addicted to painkillers and (later) heroin.  And there are literally thousands of stories along these lines.

As the story opens, Mallory’s still recovering from two years she spent addicted to prescription painkillers, and she’s looking to make a fresh start.

This was maybe a full decade before the crimes of Purdue Pharma and the Sackler family fully came to light, and I was already angry.  These stories were so tragic.  Lives were ruined, families were destroyed. And I guess some of my anger (and empathy) found its way into this book.

Mallory is a recovering drug addict from Philadelphia who takes a job as a nanny in an affluent suburb of New Jersey, and while she tries to rebuild her life she gets sucked into a murder mystery with a potentially paranormal source. What made you decide on that particular setting for this story?

The story could have taken place in any city and any affluent suburb, but I just set the book in my own backyard.  I’ve lived in Philadelphia for the past 22 years, and we often drive into New Jersey to visit friends.  The story is set in the fictional suburb of Spring Brook, but anyone familiar with South Jersey will probably recognize it as Haddonfield!

HIDDEN PICTURES features original illustrations by acclaimed designers Doogie Horner and Will Staehle, allowing readers to see the images Mallory describes in real time. How did you decide to include artwork in the book?

I have been interested in the possibilities and potential of illustrated fiction for a long time now. I know some readers will dismiss “novels with pictures” as childish or gimmicky, but I think they’re an effective way to engage 21st century attention spans. In my previous life (as Publisher of an indie press) I published illustrated novels like Pride and Prejudice and Zombies (with faux 19th century engravings) and Miss Peregrine’s Home for Peculiar Children (with dozens of haunting vintage photographs). And after working on these books and several others, I decided I wanted to write an illustrated novel of my own.

I’ve been writing since my junior year of college.  Every day, an hour or two a day.  Even when I was working at a full-time job, I always carved out time at lunch (or early in the morning, or very late at night).

Sometime back in 2019, I started talking to a pair of illustrators, Will Staehle and Doogie Horner, about collaborating on some kind of book-length project. They’re both wildly creative guys and I enjoyed spending time with them; I knew they would be the perfect partners.  It took me a long time to figure out the right story for our collaboration.  I always knew I wanted the illustrations to function as clues to a mystery. They couldn’t just be decorative; I wanted the reader to be rewarded for studying them.  I considered a lot of different ideas before landing on the story of a babysitter and a five-year-old boy who likes to draw.

You previously were the publisher of Quirk Books, where you edited a number of beloved titles, and in 2017 you made your authorial debut with The Impossible Fortress. How has the transition from publisher to writer been? How has it felt to be on the other side of the publishing process?

I’ve been writing since my junior year of college.  Every day, an hour or two a day.  Even when I was working at a full-time job, I always carved out time at lunch (or early in the morning, or very late at night). And always at the expense of other things: I sacrificed a lot of time that I could have spent with friends. I missed out on a lot of prestige TV shows. I remained unpublished for a long time, and there were many years when I wondered “Why the hell am I still doing this?”  But I kept doing it, anyway.  And (thank God) my wife never questioned it.

Now that I am fortunate enough to write full-time, for a living, I can get a good night’s sleep.  My life is much more balanced.  I never miss a dance recital or a high school track meet!  And I have a little extra time for other interests, like mountain biking and climbing.  But I’ll admit, I do miss going to an office; I miss the excitement and creativity of working at a publishing house; I miss spending all day with book-nerds. I miss feeling like part of a team.  And I miss the absolute control that Publishers have over every aspect of their books!

Were there any challenges you faced while writing HIDDEN PICTURES?

The pandemic was a curveball.  I’d become pretty accustomed to writing in the monastic silence of my local library – far from the distractions of pets, laundry, ringing doorbells, etc.  But six weeks after I started Hidden Pictures, the whole world went into lockdown, my kids were sent home from school, and we were all forced to work in the same house together, 24 hours a day.

It was not an easy time, but it could have been so much worse.  We adapted and made things work, and I learned a couple things about myself.  The experience definitely made me a lot less precious about my work habits. It turns out I can write with the distractions of pets, laundry, and ringing doorbells.  I just had to put on headphones and power ahead!

A big driving force for Mallory throughout the book is a traumatic event she experienced years prior, which leads her to feel very protective of the child in her care. How did you tackle that emotional thread of the book?

Mallory loses someone very close to her, through an accident of her own making, which is pretty much the worst thing I could imagine.  Some people speculate that writers use fiction to process their thoughts and dreams and fears. So maybe that’s what I was doing?

What writers have particularly inspired you?

I love all kinds of books – fiction, nonfiction, picture books, travel guides, everything!

All-time favorites include Shirley Jackson, James Cain, Patricia Highsmith, Stephen King, Walter Tevis, Walter Mosley, Anne Tyler, Cornell Woolrich, and Ira Levin.  I suppose Anne Tyler is the odd one out on that list — but I love her warmth and humanity and all of her astute observations, and her voice is insanely readable.

I also read a lot of screenplays. The good ones offer wonderful lessons in concise storytelling.

My All-Time List of Top-Five Horror Books varies from day to day, but today it’s (1) Rosemary’s Baby by Ira Levin; (2) The Haunting of Hill House by Shirley Jackson; (3) Don’t Look Now and Other Stories by Daphne Du Maurier; (4) Deliverance by James Dickey; (5) The Shining by Stephen King.

Among contemporary writers, I really like Gabrielle Zevin and I’m excited to read her new one, Tomorrow and Tomorrow and Tomorrow. Also a big fan of Hannah Tinti and her amazing gangbusters novel The Twelve Lives of Samuel Hawley. I’m always eager to read new fiction from George Saunders, Kelly Link, J. Robert Lennon, and Joe Hill.  Horror novelist Grady Hendrix is hilarious and I am in awe of his productivity.

I also read a lot of screenplays. The good ones offer wonderful lessons in concise storytelling. Michael Arndt’s script for Little Miss Sunshine is extraordinary. In the realm of thrillers, I loved David Koepp’s script for Panic Room.  And Scott Frank’s adaptation of Elmore Leonard’s Out of Sight is another all-time favorite—what a movie!

Mystery Tribune’s archive of conversations with notable and award-winning authors in crime fiction, mystery and thriller is available here.