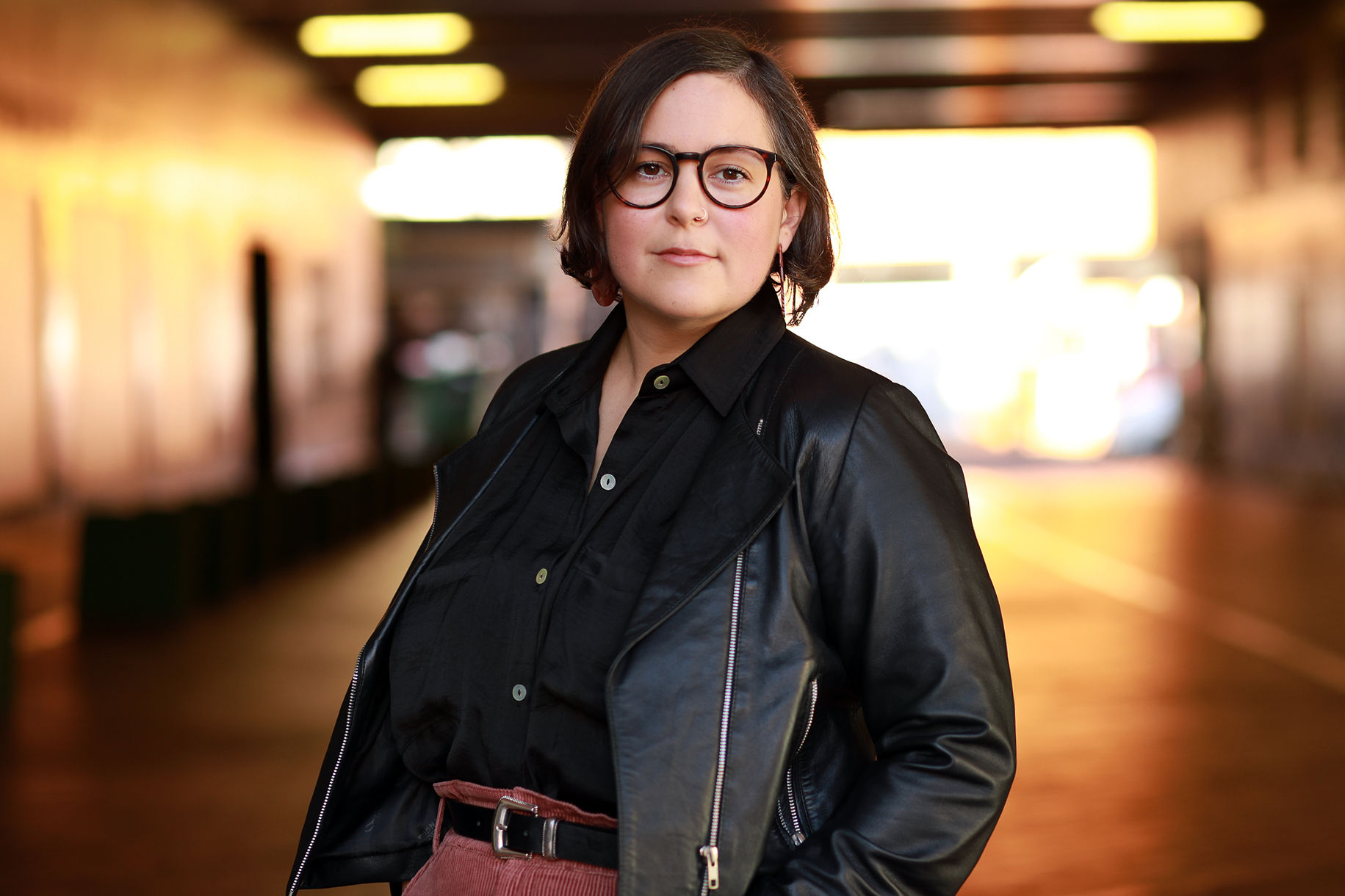 We are thrilled to introduce a new Australian novelist to you who has written a remarkable debut mystery: Hayley Scrivenor, author of DIRT CREEK, traces the ripples caused by the disappearance of one little girl in a rural Australian town on the brink of getting swept off the map.

What follows is a conversation with Haylay on the book, his inspirations and characters in Dirt Creek:

What is Dirt Creek about? Can you tell us in a few sentences?

Dirt Creek is the story of Esther Bianchi, a young girl who doesn’t make it home from school in her small Australian country town. It’s about what happens when we lose someone. It’s also deeply interested in what we hide from others, and from ourselves.

Your debut novel is set in the fictional down of Durton, or Dirt Town, as the residents jokingly call it. Are there any real places in Australia that inspired the landscape and the tight-knit community there?

I grew up in a small town in the Riverina region of New South Wales, in country Australia. It’s far away from any capital city, but it’s not what I would consider ‘the outback’ either. We’re talking an eight-hour drive from Sydney. The Riverina region is farmland, with cattle and wheat and canola. It’s hot and dry in summer, and cold in winter.

Dirt Creek is the story of Esther Bianchi, a young girl who doesn’t make it home from school in her small Australian country town.

Durton Creek (which, by the same logic that sees the kids call Durton ‘Dirt Town’, becomes ‘Dirt Creek’) is pretty much a perfect match for the creek that I remember that ran (and sometimes dried up) near my school. Durton has problems, but I think for the children that live there, it’s where all their friends are, it’s the only life they know. I hope the book shows the positive aspects of living in a small community, even while we also see some of what happens behind closed doors, and the way gossip and hearsay operate in a small town like that.

You bring to life the heat and the ruined landscape of Durton so vividly that the town feels like its own character in the novel. The ensemble cast of people who live there become their own character, too, through your use of collective narration, or, as Catriona Menzies-Pike has called it, “[t]he group-hug of the first-person plural.” What inspired you to write from the perspective of the residents of Durton with this collective “we”?

That collective of children who speak together about a girl who has gone missing from their town was really the entry point into the story for me. The very first thing I wrote—it was meant to be a short story, but it would eventually become Dirt Creek—was a group of kids, making their way home from school on a hot afternoon.

It was only once I had written pages of details, things that still felt fresh to me from my own childhood, that the idea of a missing girl came to me. Esther is like the hole at the center of the book, everything revolves around her. That collective of kids works a bit like a Greek chorus in a traditional play; they know more than the reader about what has happened, and they tell us important information we wouldn’t get another way. They helped me bring a depth to the town that I think serves the story.

The disappearance of twelve-year-old Esther Bianchi sets the whole town reeling, including her schoolyard friends Lewis and Ronnie, who always seems to be leaving behind a trail of sweets. How did you so convincingly bring to life their voices?

As you point out, the collective of the children I mention about are not the only voices in the book—we also hear from Esther’s best friend, Ronnie, her mother, Constance, and a boy named Lewis who saw something on the day Esther went missing but who refuses to tell police. Oh, and the investigating officer!

That sounds like a lot of different points of view, but we only ever hear what is most interesting or pertinent to the story. My goal was that you could open the book to any page and know who was speaking, and that we would always be revolving around what had happened to Esther.

I would say that Esther’s best friend, Ronnie, short for Veronica, is the character closest to me: not least because she is always thinking about where her next snack is coming from! It wasn’t until I made up a care package to send to my editors in the UK and the US, so they could try all these snacks I had written about, that I realized just how many food items there are in the book. I think what is most endearing about Ronnie is her absolute faith in her friend.

That’s what heartbreaking: she is convinced Esther is coming back. I also have a real soft spot for Lewis, the boy who sees Esther on the day she goes missing. In taking myself back to the early 2000s in a small country town, I was interested in how queerness is talked about and not talked about in that space—as a queer kid myself, I know that I was always listening, picking up on cues and getting a sense that the growing understanding I had of who I was would not be welcomed.

I give a lot of that to Lewis. He’s a lot less gullible than Ronnie, sharper and more attuned to what’s going on around him. He’s in a really tough situation. I don’t think it’s too much of a spoiler to say it was important to me that Lewis gets something like a happy ending: I wanted him to be alright in the end.

When Detective Sergeant Sarah Michaels arrives in Durton, she is heartbroken over her ex-girlfriend, who works as a drag king in Sydney. How did this personal backstory for a character with such a tough exterior find its way into the story?

It’s tricky, because Sarah is only one strand of the story—she’s really only one fifth of the book—so there were a lot of things I couldn’t include that I knew about her. A lot backstory is helpful for me to know, but the reader didn’t need in the context of the main story. I do think, though, that Sarah’s experiences make her uniquely qualified to unpick what has happened in the town. Sarah is good at her job, and she cares about the work of finding missing children, and she’s also very open to the idea that people can act differently to what you expect. She knows that we are all capable of pretty much anything, given the right circumstances.

What’s next? Do you have any plans to write more about Detective Michaels?

My next book is not a follow-on to Dirt Creek, and it does not feature Det. Sgt Sarah Michaels! She is still very much lurking in a back corner of my mind, though. If I were to write another book with her, I would want to go back to her earlier career, as a young, gay, female cop coming up in the New South Wales police force.

I think it would be fascinating to explore that further. In terms of what I am working on now, I like to keep things close to my chest until I’m ready: ideas that have energy can wither and die if I show other people too soon. I will say that I am someone who loves voice-driven writing, and I always want to go deep into my characters in a way that drives the action, but also hopefully makes the reader feel more compassionate, more understanding of the people they might encounter in everyday life.

If you’ve enjoyed this conversation with Hayley Scrivenor, you can check out Mystery Tribune’s online archive of conversations with notable authors in crime, mystery and thriller genre here.