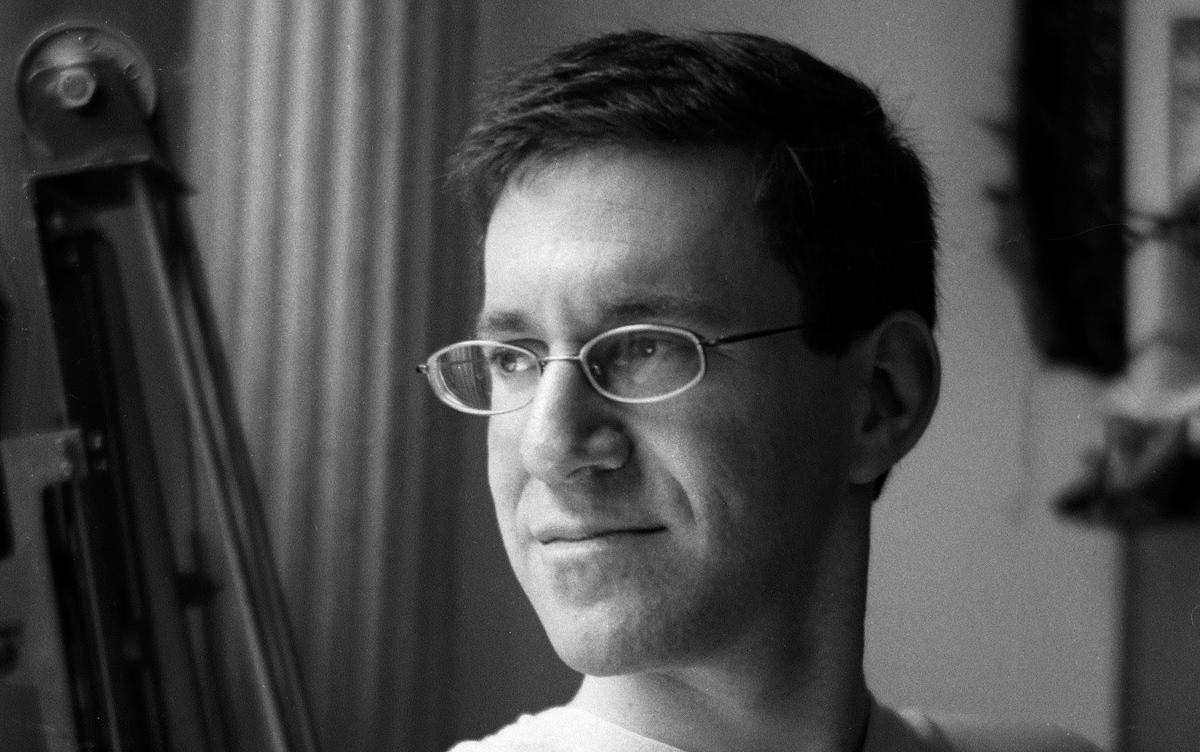 A Conversation With Charles Ardai About His New Comic “Gun Honey”

Charles Ardai, founder and editor of Hard Case Crime and the author of several crime novels, has published a number of comics before, but until recently he hadn’t written a comic himself.

Now he has, and it’s called Gun Honey.  Where did that title come from?  Charles will tell us.  Published by Titan, Gun Honey is the story of Joanna Tan, a woman who lives a dangerous life among a class of people highly criminal.  Joanna knows how to handle herself, though, and she specializes in something quite unusual.

Author Scott Adlerberg recently had a conversation with Charles that follows.

Scott Adlerberg: Just give a little backstory about where Gun Honey came from?

Charles Ardai: Well, as you know, Hard Case Crime has been going now for about seventeen years.  I actually came up with the idea twenty years ago, and it took three years to get the first books published.  Five years ago, the company we work with to print our books and distribute them, a company called Titan Publishing – they’re based in London – broached an idea to me.

Titan is one of the last family-owned businesses, they’re owned by a couple, not a big conglomerate, a man named Nick Landau and a woman named Vivian Cheung, and they also own Titan Comics. They and I were talking, and I’ve been a comic book fan for a long time, and they said, “Why don’t we do some Hard Case Crime comics?”.

My first reaction was, “Well, this would be fun, but crime comics generally don’t sell very well. You have superhero comics at the top of the heap and then maybe zombies and science fiction, TV adaptations and movie tie-ins.  But there have been some exceptions.  One of our writers, Max Allan Collins, became quite successful with a comic called Road to Perdition, which became a movie starring Paul Newman, Tom Hanks, and Jude Law.  Terrific movie.

That was one example of a crime comic that really worked.  And then more recently there was a guy named Ed Brubaker, who’s not one of our authors, but he did a series of crime comics, starting with Criminal, that were quite popular and really successful. So, I thought, why not, why don’t we try it, and I promised Nick I would write one myself.

“Why don’t we do some Hard Case Crime comics?”…My first reaction was, “Well, this would be fun, but…”

I didn’t have an idea for one yet so focused on editing other people’s work and it took me a good five or six years to put pen to paper and start writing my own comic book. But finally I did, and that was Gun Honey.

Scott: And there’s a story itself behind that title.

Charles: There is. I was out to lunch with my friend Euny Hong, and we were discussing how she might write a book for Hard Case one day.  She’s a journalist, a writer with a reputation for doing serious non-fiction, and she was saying she’d like to do the book but not under her own name. I mentioned how I came up with an anagram of my name to write for Hard Case, Richard Aleas –that was my pseudonym – and Euny said she could do that but there’s no good anagram for Euny Hong.  I thought and did some rearranging in my head about what could be a good anagram for Euny Hon and came up with Gun Honey.

Scott: Imagine that as a pseudonym?

Charles: Of course. That’s a terrible pseudonym.  Written by Gun Honey.  It makes no sense. But as a title, I liked it and I offered it to her.  She thought about it for a couple of years, but she wound up not writing the book.  Still, I thought it’d be a shame to let that good title go to waste, so what would the book be about?  I said to myself, okay, it has to have guns in it. The main character is presumably a woman.  They call her Gun Honey.  It’s probably a slightly derisive term in the criminal underworld.  Well, what’s her job?  She could shoot people, but there are so many characters who do that. It’s boring.

So I came up with something different. She’s the person who gets you the gun you need, and you can shoot someone with it.  And she’ll find a way to get it to you no matter how hard, no matter where you are, if you’re in the middle of the jungle, if you’re in Fort Knox, if you’re in a high security prison, if you’re in the White House.  Wherever you are, she’ll get it to you.  That was the idea, and I made her Asian in part as a tribute to Euny.  Euny’s written primarily about Korea, but I had the character be born and raised in Singapore, partly because I had the perverse idea to have a crime family in Singapore because Singapore is so famously not criminal.

Scott:  Have you had any reaction from anyone in Singapore?

Charles: Not Singapore, but since Gun Honey has come out and had success, I’ve been working with a television production company based in Malaysia on a possible adaptation – and we’ll see where that goes – and their reaction to the idea of a criminal family is just not even that’s silly, but just plain wrong.  No criminal would ever do business in Singapore, they said. You’d go over the bridge to Malaysia to do your business. Here I was thinking I was clever but, no, I was just the dumb white guy who didn’t know what he was talking about.  So if it ever does become a TV show, it’ll probably be set in Malaysia.

Scott (laughs): Did you draw upon any other fictional characters for inspiration for the Gun Honey character?

Charles:  Yes, there was the old British character, Modesty Blaise.

Scott: Sure.  Monica Vitti played her in the movies.

Charles: That’s right.  She was sort of a female James Bond type character, carrying out missions in various places.  If I remember correctly, she was a refugee.  She’d been found as a little girl in a refugee camp, and that’s where I got the idea that Gun Honey would grow up until she’s a teenager in Singapore and then her whole family is murdered and she has to flee to the United States to reinvent herself.

So in each issue you have a flashback to her childhood and you see how she was brought up in Singapore by this father who was an arms dealer of some sort who taught her all sorts of things.  But he loved her. For all that he was a crook, he genuinely loved her.  Her brothers were violent guys but loved her too in their own way, and overall, it was a good family. But unfortunately, they all got murdered. And so that history, that back story, plays a big part in how the story unfolds.

Scott: I take it she’s someone with physical prowess?

Charles: Yes. She’s small but her skills rely very much on flexibility and agility.  She can get into places most people can’t get into. She connives and she uses her physical beauty as an asset as well.  She’ll use anything she’s got.

Scott: How about characters like the one from La Femme Nikita?  Any influence there?

Charles: Sort of, yes, that character and the character like Sidney Bristow in Alias, Atomic Blonde, Uma Thurman in Kill Bill, but all those characters are assassins, and Gun Honey is not a killer. Her thing is she’ll provide the guns for others to use, but her hands are clean.  She does her share of things, but she’s not the one pulling the trigger.

Scott: So within that world, there’s a moral spectrum, a continuum.

Charles: Exactly.  But the thing that inspired me more, more than all the kick-ass female characters, is that she’s almost a photographic negative of thief characters.  Characters like Catwoman or any of the women in Ocean 11 type movies. Gun Honey doesn’t steal things, she puts things in. But for both these things you need the same skills.  To get into a place and leave something behind, you need the same skills you would need to get into a place and take something out.

Scott: A caper in reverse.

Scott: That’s good.  I can’t remember seeing anything quite like that.  Let me ask you, in terms of storytelling, you’d written novels, now you were doing a comic, did you approach things with any trepidation or with a difference approach than when writing books?

Charles:  I’d written prose fiction, short stories and novels, and I’d written for television a little bit, episodes of Haven on the SyFy Channel, and I think that writing comics was the most difficult of the three.  You have so many constraints.  I compare it to writing haiku, or a sonnet.  With a novel you decide on how many chapters, how many pages, and so on. A comic book has to be exactly twenty-two pages, and each page can only have so many panels on it.

It can have one gigantic panel, or six or seven, but it can’t have twenty-five.  Within each panel, you only have so much room for words.  This is all obvious, and I didn’t think of any of it.  And how do you create a surprise in a comic? If a reader is on page four with a character and can scan across and see on page five that a character is shot, there’s no surprise.  So you gotta have surprises after a reader turns a page.

I’d written prose fiction, short stories and novels, and I’d written for television a little bit, episodes of Haven on the SyFy Channel, and I think that writing comics was the most difficult of the three.

These are all the constraints you have to deal with.  You want to end a page on a certain beat, have a character go to another country at the top of a new page, but you wouldn’t necessarily have a character go to a different county in the middle of a page.  You also can’t show motion. You show a box open or closed, not in the process of being opened. So that’s the next constraint.  On the other hand, I love doing crossword puzzles and acrostics, and it’s a little bit like that.

Charles: It’s exactly like that.  I think a reason a lot of comic books get adapted by Hollywood is that directors like looking at storyboards. They’re used to it, so they say with comics, “I get that, I understand that.”  Anyway, it was hard, but rewarding.  And it feels good to know there’s a big community out there of comic book readers.  They read a comic and go on You Tube and talk about it, share their thoughts.  That’s not something you see with prose so much.  I love that there’s this community.

Scott: And from what you’ve heard, have readers responded well to Gun Honey?

Charles: They have.  It’s done well.

Scott:  Any more reverse capers in store for her?

Charles: There just might be.  I’ve been asked to do a sequel.  And I have to say, it’s the first time I’ve ever been asked to bring a character back.

Scott: That’s great.  We’ll all be looking forward to that.

If you’ve enjoyed this conversation with author Charles Ardai, you can check out Mystery Tribune’s archive of interviews with crime writers and other leading figures in the mystery community here.