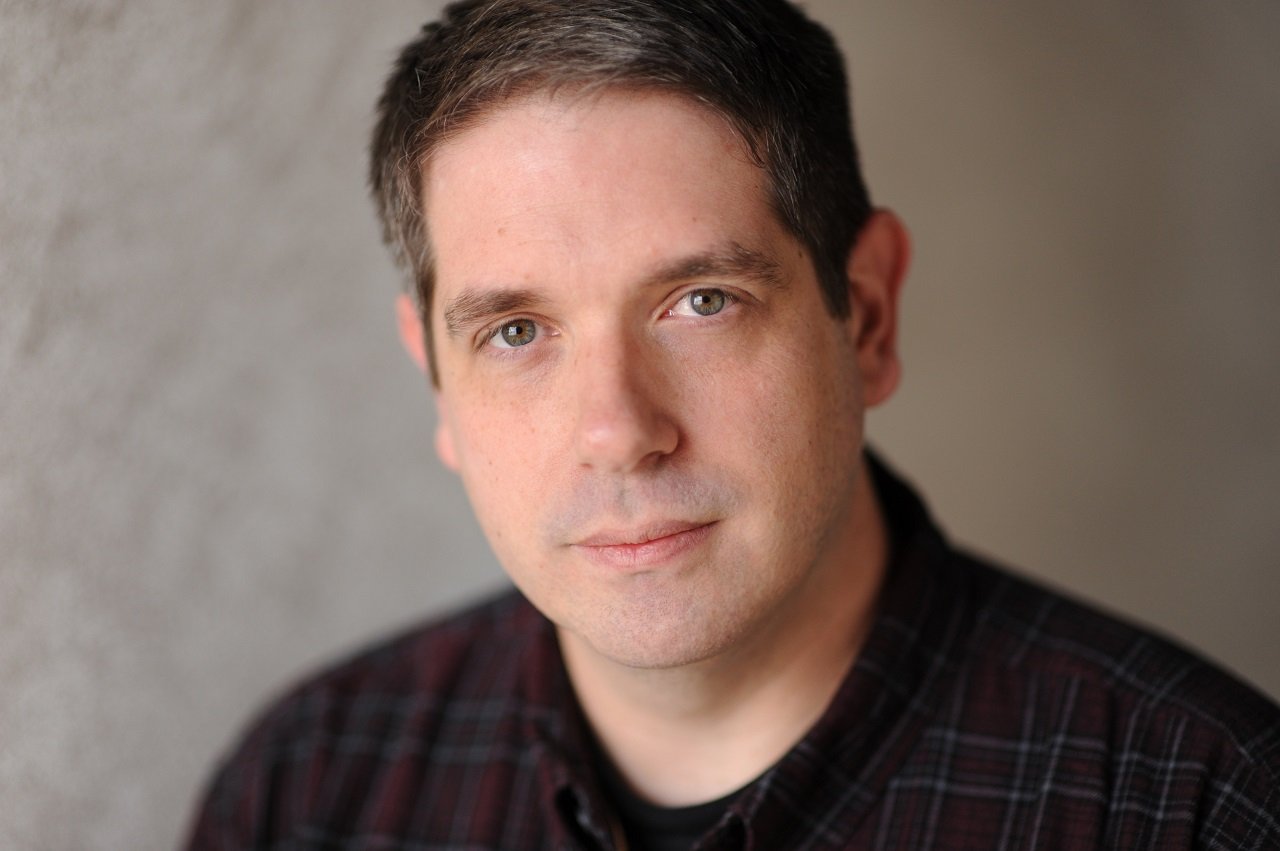 A Conversation With Tom Sweterlitsch About “The Gone World”

The Gone World, the new novel by Tom Sweterlitsch, is a curious science fiction thriller which crosses traditional genre boundaries. The book follows a special agent into a savage murder case with grave implications for the fate of mankind.

Such plot ideas are hardly new for Mr. Sweterlitsch. His earlier novel, Tomorrow and Tomorrow, happens in a time period when the city of Pittsburgh has been reduced to ash due to a blast. Why picking Pittsburgh as a setting? For one thing, because he lives there. Also, he obtained his Master’s Degree in Literary and Cultural Theory from Carnegie Mellon.

His new novel, which also happens in Western Pennsylvania, is both luminous and unsettling. What comes below is a conversation with him on his inspirations for The Gone World and the characters in the story.

Tell us about the concept and inspiration for The Gone World?

About six years ago, my sister-in-law threw my wife a baby shower at her home in Virginia (girls only), and so my brother-in-law and I went out for lunch and a movie.  My brother-in-law is an NCIS special agent, and I’d been thinking about time travel, so over hamburgers at the Tyson’s Corner mall food court I asked for his thoughts about how time travel might affect his investigations.  He thought for a moment, and then gave an intriguing answer: “Most investigations into homicides are solved when a witness, or someone close to the crime, tells the investigator what happened,” he said.  “Sometimes, though, the witnesses are too close, and won’t talk.  It would be great to travel into the future and interview people after some time has passed, and their emotions have cooled.”  I thought: what a fantastic way to explore character in a novel, to see characters at different points in their lives, to track their changing relationships.  With that mechanism in my mind, I jotted down a note: “Battlestar Galactica + NCIS + time travel.”  The Gone World grew from there.

There are a lot of books about time travel. Why is yours different?

Time travel is a perfect fictional metaphor for reverie and reminiscence, for thinking back over one’s life and for thinking ahead to the future.  I had the thought to approach time travel like other writers I admire approached memory and dreams, so I read Proust, and reread The Glass Menagerie and Strindberg, studying how they approached this material, wondering how I could apply it to science fiction.  I think the time travel element in The Gone World will feel new, the idea of visiting different possible futures, sifting through their differences for clues to the present.

How would you describe your book in terms of genre?

The Gone World is definitely science fiction—we’re in sci-fi territory from page one.  But there is also a realistic thriller plot that grounds the science fiction.

Your heroine, Shannon Moss, is certainly a strong female character—tough, smart, and more than capable of being a “badass” when she needs to be. How were you able to come up with her character?

The true answer is, and I think this is a common experience for many writers, is that the characters often “appear” in the imagination, and then the act of writing is really an act of discovery about that character.  For Shannon, I found myself writing a lot about my own childhood best friend, growing up in an Ohio town similar to Shannon’s town in Pennsylvania.  And I talked with my wife, and also my brother-in-law for some details about being a federal investigator.  There was, however, a single moment when Shannon snapped into place: I came across a National Geographic photo essay about Pittsburgh from the early 90s, one of the photographs showing a legal secretary in a sea of manila folders.  I had the impression that I was looking at a photograph of the young Shannon Moss, and from that moment onward I knew exactly who she was.

Shannon is an agent of the Naval Criminal Investigative Service (NCIS), which is an actual agency of the U.S. government. What does it do? How is its mission expanded by the existence of the “Naval Space Command” that you’ve created for your novel?

NCIS, as many people are familiar from the popular television show, is a law enforcement agency specifically tasked to investigate crimes related to Navy personnel or property.  In The Gone World, Shannon is an NCIS agent assigned to a division within the Navy called the Naval Space Command, a clandestine program of ‘deep space and deep time’ exploration.  The Naval Space Command actually once did exist, though it wasn’t running a secret time travel program…that we know of.

There are many other astonishing ideas about time and space that feature prominently in your novel, which are based on actual science. How did you research these ideas? How were you able to distill such complex ideas?

My father-in-law, Dr. Howard E. Brandt, was a remarkable man, a theoretical physicist for the Department of Defense who worked on top-secret projects in both Quantum Computing and Quantum Cryptography.  He was a genius, the kind of man who seemed to have access to an altogether different universe of thought.  I loved listening to him talk, I loved learning from him, and toward the end of his life I asked him about time travel.  He was game for the conversation, and suggested that I study wormholes.  I finished The Gone World after he passed away, and I cringe to think what mistakes he would have caught in the science, but everything in the novel was inspired by our conversations.  I did ask a physicist at Carnegie Mellon University to look over some passages of the book, to make sure the science at least seemed plausible—and hopefully, even though I’m writing about impossible things, there remains a feeling of realism.

Who are your influences as a writer, particularly among science fiction writers?

J.G. Ballard is a major influence, as is Philip K. Dick and Alice Sheldon (James Tiptree Jr.).  And for The Gone World, specifically, a novel called Ice by Anna Kavan was a direct influence.

How do you follow J. G. Ballard’s idea that science fiction should be about “inner space” rather than “outer space”?

I think about Ballard’s advice about ‘inner space’ before every novel I write, not only in the specific way he meant it, as a bridge transporting Surrealism into our technological present, but also in my approach to character.  For me, I’m excited by grand science-fiction ideas, but they only have meaning if those ideas point directly back to the characters in the novel.

How is this second novel different from (or similar to) your acclaimed first novel, Tomorrow and Tomorrow?

My first two novels are of the same genre, both science-fiction thrillers, and they are similar in the way they both use “virtual” existences as places where detective characters find clues that lead to answers in their “real” existences—in Tomorrow and Tomorrow, Dominic searches a virtual reality city called the Archive to solve a mystery in the real world, and in The Gone World, Shannon travels to mercurial “futures,” that both do and don’t actually exist, to learn about crimes in her present.  On the other hand, in terms of character, I think The Gone World is diametrically opposed to Tomorrow and Tomorrow.  Special Agent Shannon Moss is a woman of action, a thoughtful and clever action hero; Dominic Blaxton is more of a Hitchcockian everyman, swept up in events that are beyond his control.

Film rights to THE GONE WORLD have been sold to Fox and the project is reportedly moving ahead quickly.  How do you feel about the prospect of your novel being made into a film? Will you have a part in the making of the movie?

I’m ecstatic with Fox’s interest in the book, truly—I love movies, and even though the plots of my books are often complex and puzzle-like, I don’t write scenes unless I can imagine them first cinematically, so having film producers recognize their visual potential is an amazing feeling.  And when I learned that Neill Blomkamp was attached to adapt and direct the film, I just about lost my mind in excitement.  He’s a truly visionary filmmaker, utterly unique, and while I don’t foresee having a direct role in the making of the film, having conversations with him about the story, and sharing thoughts about the characters, has been one of the most rewarding experiences of my professional life.

You’re also working with Neill Blomkamp on his series of short films under his new studio, Oats Studios. Tell us about that project and what it’s like?

Yes!  My involvement with Oats came about organically, as a result of my conversations with Neill about The Gone World.  He invited me out to his studio in Vancouver, and although we spent hours talking about the novel, he showed me the various sets, concept art and rough footage of some short films he was making for his new studio.  I loved everything I saw, and soon our emails about The Gone World started to include thoughts about other stories, other films, and his Oats material, and before too long he invited me to actually co-write the science fiction short films.  I’ve had a blast and Neill’s been amazing to work with—he’s generous, down to earth, endlessly creative and eager to share credit with his team.  I can’t wait to see what’s next for Oats Studios.

What do you hope readers take away from your story?

I want readers who’ve read The Gone World to feel like they’ve been on a dark and unsettling adventure. I hope that they love reading about the main character, Shannon Moss.