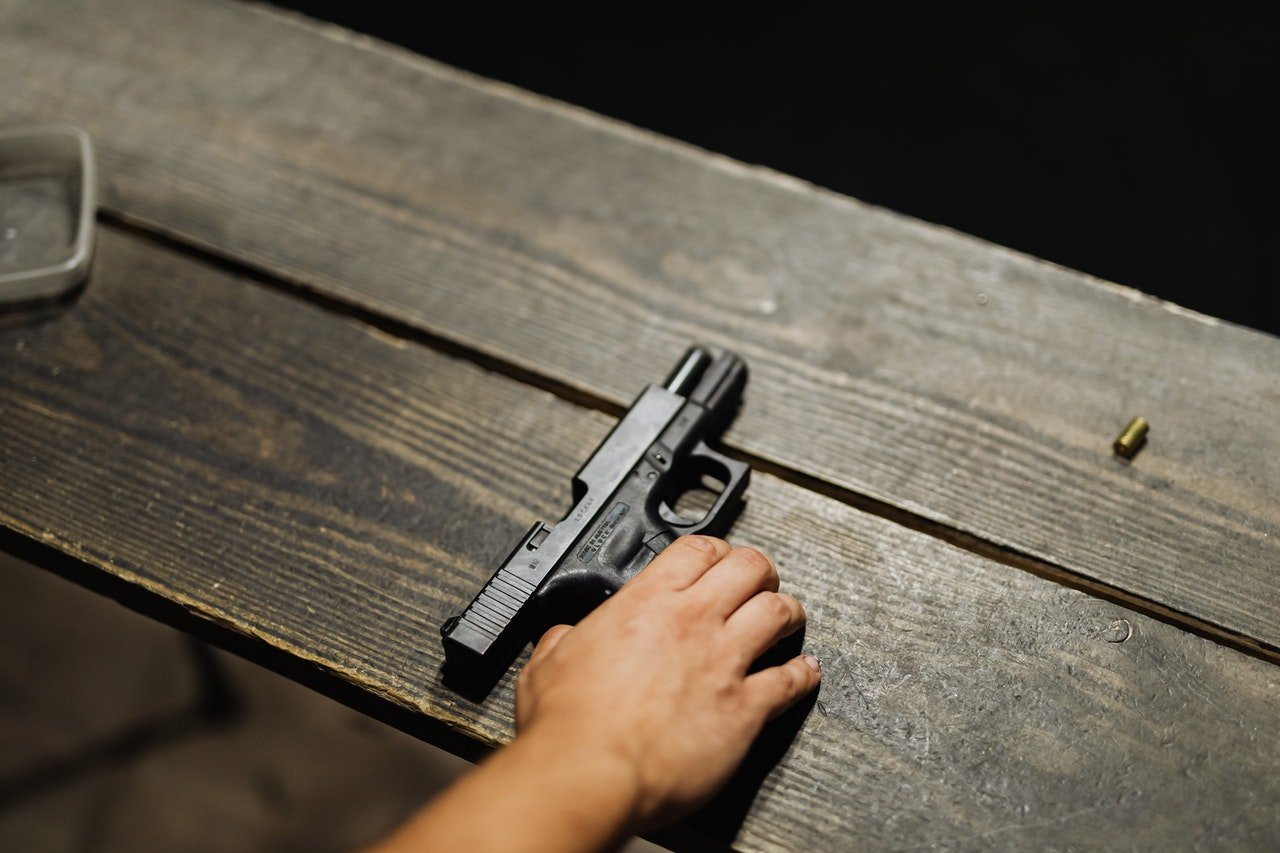 A Matter of Business: Crime Flash Fiction By Ted Flanagan

Ted Flanagan, author of A Matter of Business, has previously published crime stories in Shotgun Honey and Akashic’s MONDAYS ARE MURDER series, among others, and his debut novel, Every Hidden Thing, has been published by Crooked Lane Books.

Monty dipped the glass into the bowl of egg nog and in one motion brought it to his lips and shot it. Johnny Donato had gone heavy on the booze in this batch. But that wouldn’t matter in a moment.

Johnny D on the floor, hog-tied and big eyed. Monty wiped the back of his coat sleeve across his mouth and sat on a foot stool a couple feet away. The pistol weighed heavy in his hand and it don’t seem right to Monty to do this on the one holiday that still meant something to him, but business is business, and he knew not only would this put one major problem to rest, it would send a message to prevent many others for years to come.

Johnny D on the floor, hog-tied and big eyed. Monty wiped the back of his coat sleeve across his mouth and sat on a foot stool a couple feet away.

Johnny D tried to speak, but the sock stuffed in his mouth got in the way of his tongue producing comprehensible sound.

“Hell of a thing, right Johnny?”

The bound man wriggled and squirmed, tried to look above the pistol now hanging loose in Monty’s hand right in front of him. He’s yelling, but by the time the words hit Monty’s ears they’re just muffled grunts and squeals.

“I told you, Johnny. How many times I tell you, stay away from the Liberador? You wouldn’t listen, and now the old men want something done. Not my plan, this whole thing. I’m just a trigger finger. Would it be that all those years coaching Little League meant a damn thing, neither of us would be here right now.”

He could see the calculations, the mining of data somewhere in the deep recesses of his amphibian brain, the one hard-wired for survival—Monty Devlin saw it all on the muffled face of the man tied up on the shag carpet in his own basement rumpus room. Johnny D wasn’t ready to go. Like so many of them, Monty knew, he thought he had more to accomplish on this earth.

He didn’t like the killing, but he understood it as a matter of business. He’d done it on an industrial scale in Vietnam with his country’s blessing, he figured he was owed now. Deserved free reign to take care of problems like Johnny Donato without too much fuss. Johnny D like all the others, surprised when a guy like Monty showed up late at night with bad tidings.

There were three types of guys he encountered in this line of work.

The schemers, ones who thought there was some way to trick a guy like Monty Devlin from doing his job.

The bargainers, these guys—and it was guys-only; he’d turned down the rare contracts on women that came his way—who thought they could talk their way out of it, usually by offering Monty huge sums of money they all knew didn’t exist.

The conceders, guys who knew the life had finally caught up to them and here we were, at the end of a long rope that began the first time they boosted hard candy at the Five and Dime, criminality growing like that, a small shoot that becomes a mighty oak over the decades, rings signifying not growth but inner decay.

Johnny D had gone through all three phases tonight, and now, with the bargaining done, the last scheme played, the truth of his situation firm in his own mind, Johnny D prepared to go out of this world the way he came in–crying, incontinent.

He cocked the gun, took a last look at Donato.

Monty put a couch pillow against the top of Johnny D’s prone head and pushed deep into the fabric with the pistol barrel.

It was all so quiet, the anticlimax to another life on the margins, the end of just another wiseguy deluded about his importance, about the impregnable nature of who and what he was, and the utter futile life he’d led. The great expanse of wasted lives was the one part of the job Monty never escaped, no matter how long and hot the shower he took afterward.

When it came, the dog, asleep on one of his kids’ beds three stories up, raised its snout toward the ceiling and searched the air for an answer to what had disrupted its slumber far below, in the basement, then went back to sleep with a deep sigh, resigned to one truth…it was nothing at all.