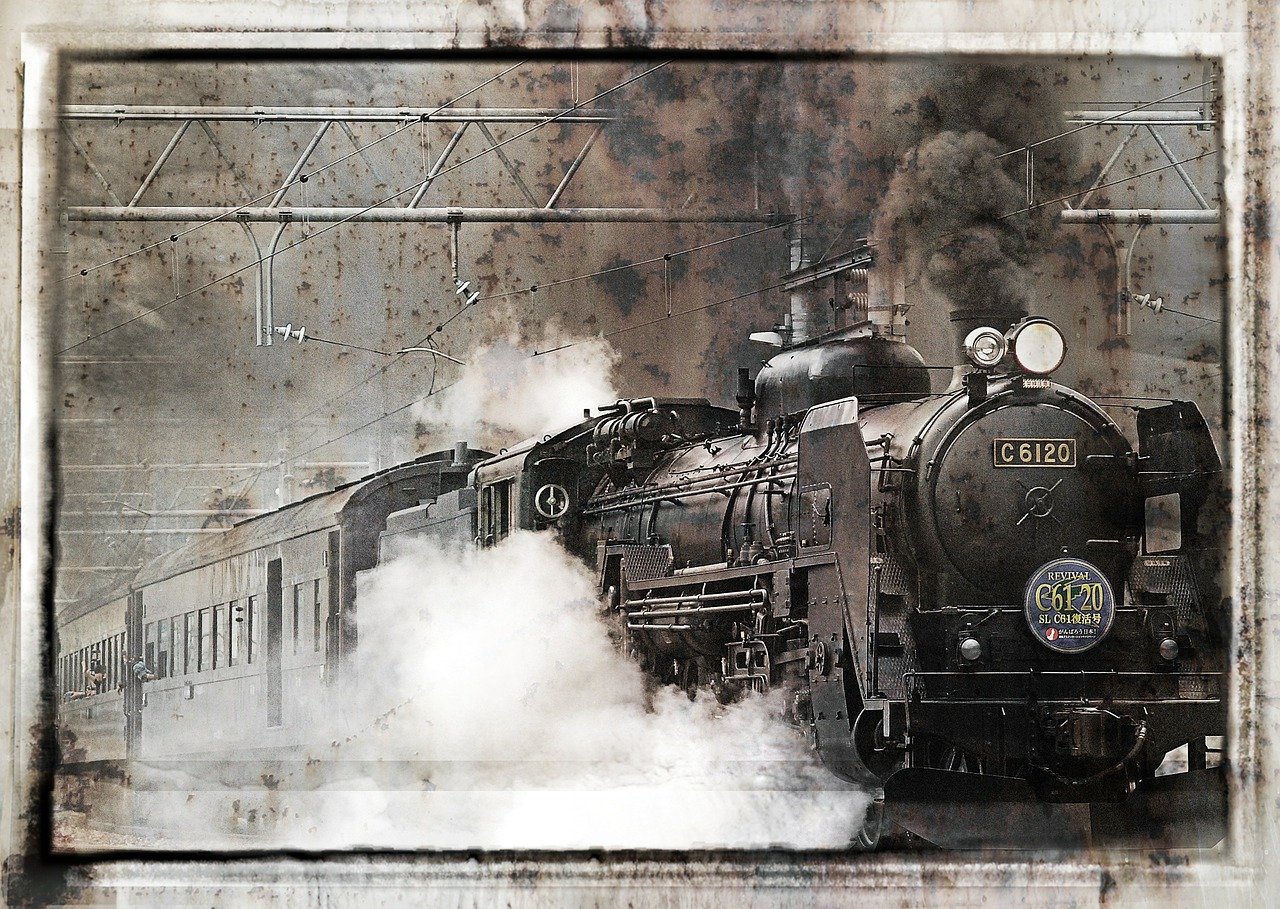 A Sterling Mystery: Vultures In The Sky By Todd Downing

As esteemed a tradition in mystery stories as the country house murder or the locked room puzzle is a plot involving a crime committed, or hatched, on a train.  Examples abound, from Emile Zola’s 1890 novel La Bete humaine to the Golden Age era books written by railway engineer Freeman Wills Croft.

Dorothy Hughes did one mid twentieth century with Dread Journey, as did Patricia Highsmith with Strangers on a Train, and who but a friend of Miss Marple’s would see, looking out her train compartment window, a man strangling a woman on a passing train?  That’s The 4:50 from Paddington by Agatha Christie, and Christie of course wrote the most famous railway crime story of all time with Murder on the Orient Express, published in 1934.

A year after Christie’s book came out, the American author Todd Downing published Vultures in the Sky, and though it is a detective novel that may remind you of Christie’s (the small group of people on a luxury train, an investigator questioning the passengers after murder occurs onboard, a suspected connection to an earlier child abduction), Downing’s book has a flavor all its own.  First and foremost is its setting, the Mexican desert, through which the train moves.

For a Golden Age era mystery, it is an unusual backdrop to the scheming and killings at hand, but Vultures in the Sky is no mere exercise in the exotic written by a person using Mexico strictly for surface color.  Downing, despite being United States born, was quite familiar with Mexico, and Vultures in the Sky is part of a series, featuring U.S Customs Inspector Hugh Rennart, that takes place there.

I had never heard of Todd Downing until recently.  That was when I read, on the CrimeReads site, James Sallis’ introduction to the new edition of Vultures in the Sky.  Downing’s biography intrigued me and in large part is what led me to want to try his book.  He was born in 1902 at Atoka – or Indian Territory that’s now Oklahoma – and he came from Choctaw ancestry, making him among the first crime writers with a Native American background.

Downing…was quite familiar with Mexico, and Vultures in the Sky is part of a series, featuring U.S Customs Inspector Hugh Rennart, that takes place there.

As Sallis says, “He received bachelor’s and master’s degrees from the University of Oklahoma, studying Spanish, French, and anthropology. Following graduation he became an instructor at the University while contributing reviews of mystery novels and nonfiction to the Daily Oklahoman and Books Abroad and leading summer tours in Mexico.  The cancellation of one of those tours found him writing his own first novel.  That novel’s modest success led him to dig in as a full-time writer…”

Vultures in the Sky was his third Rennart novel, succeeding Murder on Tour and The Cat Screams.  Downing works in full classic mystery mode, with a clear group of suspects confined and isolated, a complicated plot, red herrings, a fair dissemination of the clues, and violence committed but not seen.  The first line of the book, someone talking, reads, “Blast the train?” and the tension builds from there as the Pullman makes its journey from Monterrey toward Mexico City.

A man dies mysteriously when the train enters a tunnel and all the lights inside go out, and soon afterwards, engine problems crop up and the train comes to a halt in the desert.  Nobody leaves the cars, and the murders continue.  The answers come in the final chapter, in a touching conversation Rennart has with one character, and the author’s precision is such that a revelation needed for full understanding appears in the closing paragraph.

A man dies mysteriously when the train enters a tunnel and all the lights inside go out, and soon afterwards, engine problems crop up and the train comes to a halt in the desert.

In its structure, Vultures in the Sky is linear and taut.  We meet the suspects and future victims early, and we never leave them.  All the action and conversations occur on the train or, when the train stops, at a platform or patch of sand alongside the train, and Downing is especially good at revealing character through gestures and looks.

He will dip into a person’s mind and give us a glimpse into what is going on in there, but for the most part, the story is told through a limited third person perspective, with Rennart scrutinizing the glances, comments, and reactions of others.  This constant forward movement creates substantial tension, and it’s a tension the author does not allow to slacken.

As the body count rises and Rennart and the others move about between the Pullman car, the diner, the smoker, and their sleeper berths, the reader begins to feel as trapped as they must feel.  Maybe it would be worth getting off the train and taking one’s chances outside, but as Downing shows us in his descriptions, the landscape they’re traveling through promises only what is stalking them inside.

Rennart’s gaze was on a stunted mesquite tree that perched in utter isolation on a rocky slope far above them.  It stood silhouetted sharply against the hot blue sky and in the sky, lazy and black and sinister, floated a zopilote, the gaunt vulture that is a sentinel of every Mexican landscape.

The world over, the sight of vultures connotes the proximity of death, and everyone on board, including the conductor, who is Mexican, notices them.

“Something worries you?” he asked quietly.

“It is the zopilotes,” there was something incongruous about the hollow voice that emerged from the folds of fat about the Mexican’s throat.  “I do not like them.”

“But today there are so many.  All the morning the sky has not been clear of them.  It is,” the voice echoed in a shell, “as if they were following this train.”

Rennart’s laugh sounded harsh in his own ears.  “There has been a drought in this section of the country, hasn’t there.”

“Yes, senor.  For many many weeks it does not rain.”

“That explains the zopilotes then.  Livestock and wild animals have died out in the desert of thirst, and the vultures are waiting for more to die.”

The conductor’s back was framed by the door.  “Of course, senor, that explains them.”  The door closed behind him with a soft swish.

An American and a Mexican talking, and it’s one of many conversations like this in the book.  Downing is adept, as Sallis puts it, at presenting “a collision and intermingling of cultures”, a trait, I’d say, that makes him feel less dated than a number of his detective story writing contemporaries.  The author Curtis Evans has written a lot about Downing, including a book called

Clues and Corpses: The Detective Fiction and Mystery Criticism of Todd Downing (2013), and on his excellent blog, The Passing Tramp, he interviewed a professor named James Cox, who is himself well-read in Downing.  Cox points out how Downing sometimes writes about a figure rarely seen in the popular fiction of the time, the indigenous person not of the past but of the mechanized present.  In Vultures in the Sky, the train’s porter is this person; though the role he plays in the story is small, his appearances and interactions with Rennart are important, and we get the point that he is an indigenous Mexican working, living, and doing fine in the modern world.

Add to this how Downing blends in specifically Mexican social and historical issues, and we get a package with a bit more layering than your typical Golden Age mystery.  Besides the tension on board the train from the murders being committed, the Mexico-City bound Pullman moves through territory in which a workers’ railroad strike is rumored to be imminent.  There are also references to the Cristero Rebellion, a war that took place in Mexico in the late nineteen twenties.

This is not a war well-known in the United States, but it was a brutal one, an uprising that essentially started in reaction to the secularist articles in Mexico’s 1917 Constitution.  It was a rebellion supported by Mexico’s Catholic hierarchy, and the United States got involved arranging talks between the Mexican government and the Church.  In Downing’s novel, one of the passenger-suspects, we eventually learn, has been working on behalf of the Cristero movement; he is on the train after having been in the United States to solicit funds for the Cristeros.

Once that person’s true work is revealed, Rennart continues to investigate and the novel proceeds toward its resolution, but the inclusion of this critical event, the war, serves as a perfect example of what James Cox calls Downing’s ability “to write clever mysteries in which he embeds observations about the social and cultural worlds produced by Spanish colonialism, US interventions in Mexico and the general economic climate” of the time.

In other words, though Vultures in the Sky has fair-play mystery construction at its core, and the escapist factor that comes with that, it takes place in a real and historically anchored world where events beyond the mystery itself continue to happen with great consequence for most people.  Downing, even in the context of a no-flab detective story, does not let you forget that.

…this new edition of Vultures in the Sky is a sterling discovery.

Todd Downing wrote a total of nine mystery novels.  He also produced a wealth of mystery criticism while doing a weekly column reviewing books from 1930 to 1937 for The Daily Oklahoman.  His novels had success in the United States and gained a following in Great Britain, but after the publication of a non-Rennart book called The Lazy Lawrence Murders in 1941, he stopped producing fiction.

Why Downing stopped writing fiction, nobody seems to know, and his output was small, but his obscurity and excellence make him an author ideal to reprint.  For a mystery fan like myself, who did not know him, this new edition of Vultures in the Sky is a sterling discovery.