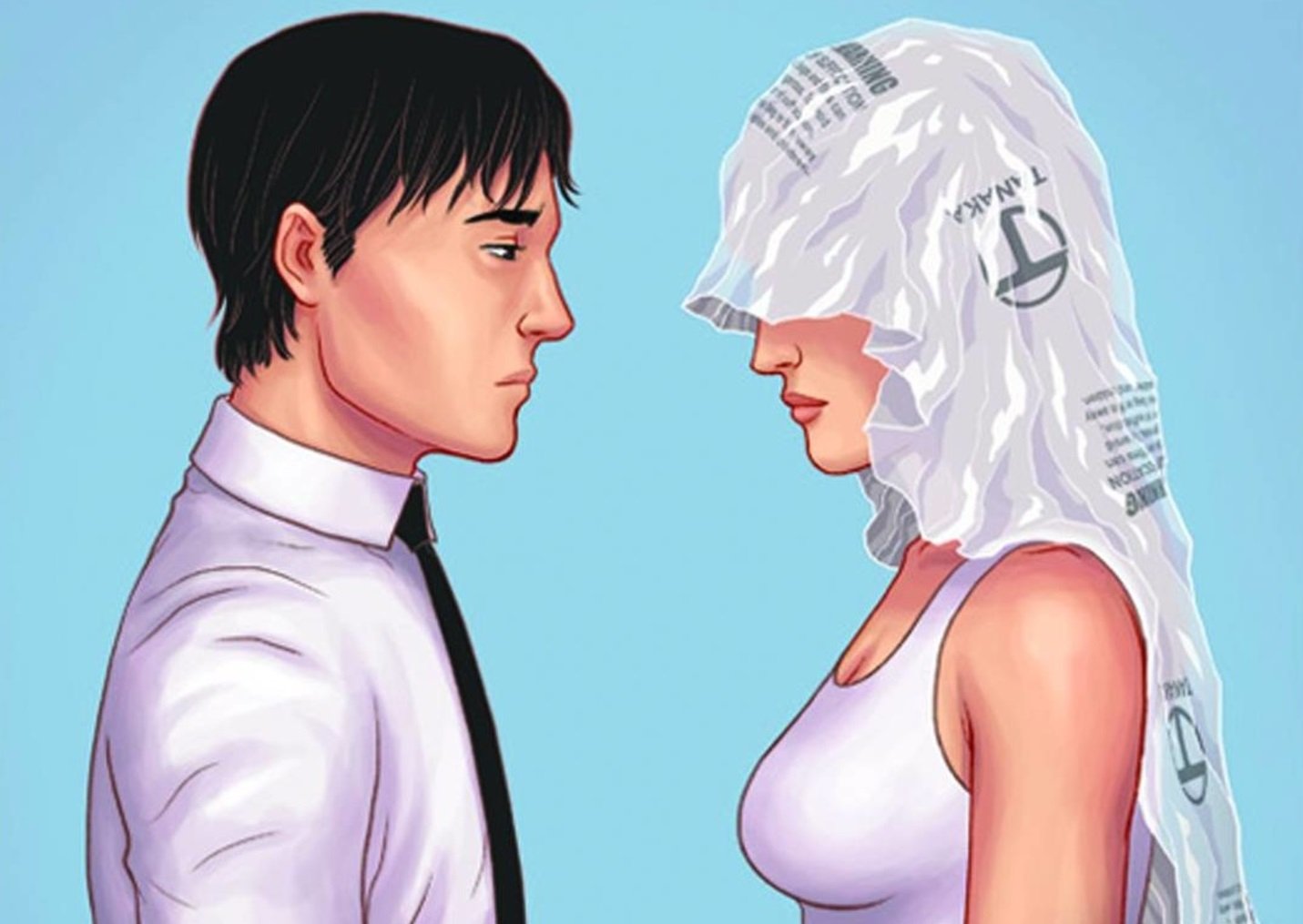 Alex + Ada Written by, Sci Fi novel written by Jonathan Luna and Sarah Vaughn is a graphic novel for today’s day and age. As artificial intelligence applications are becoming an increasingly import part of our lives, Alex + Ada shows what can go wrong if things get out of control.

The book is a sci-fi drama set in the near future. Alex has broken up with his girlfriend 6 months ago but has difficulty moving on. On his birthday, he received an unexpected present from his grandmother: a female android.

The last thing in the world Alex wanted was an X5, the latest in realistic androids. But after Ada is dropped into his life, he discovers she is more than just a robot.

Some Background About The Development

Jonathan Luna had previously created comics with his brother Joshua, but was exhausted after six straight years of work. Inspired by a TED Talk, he decided to take a break from working. During his two years away from comics, he painted Star Bright and the Looking Glass, a fairy tale picture book that was proofread by his friend Sarah Vaughn and published in 2012.

While working on the picture book, Luna realized he missed telling a story panel by panel and decided to return to comics. He and his brother had decided to work on separate projects, so Luna pitched the idea of a young man who falls in love with a female android to Vaughn over dinner. Vaughn, who began writing and drawing romance comics in her youth, jumped at the opportunity. 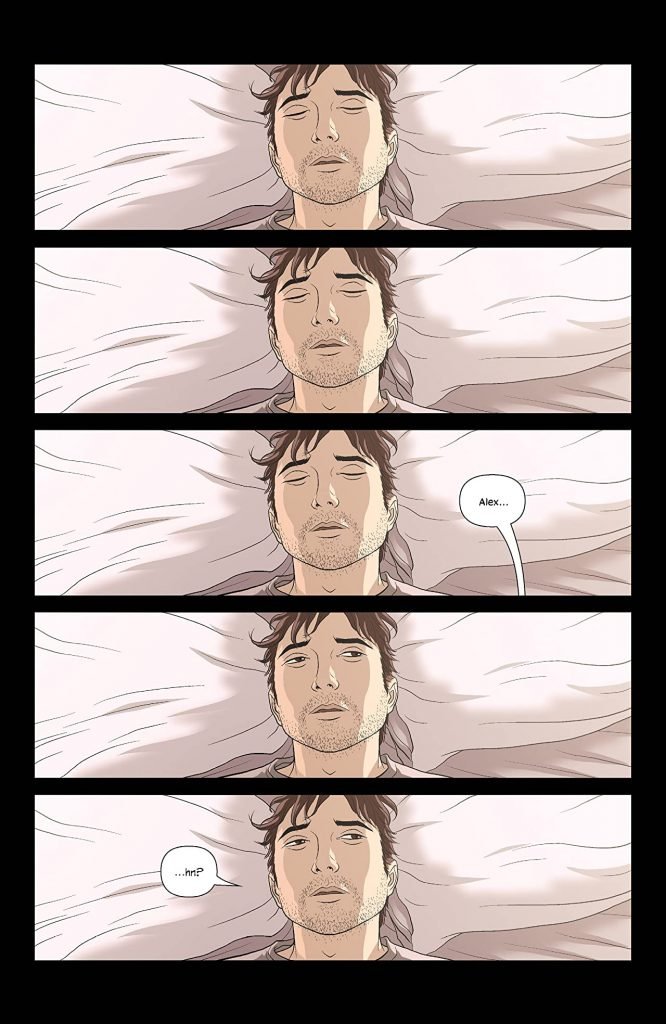 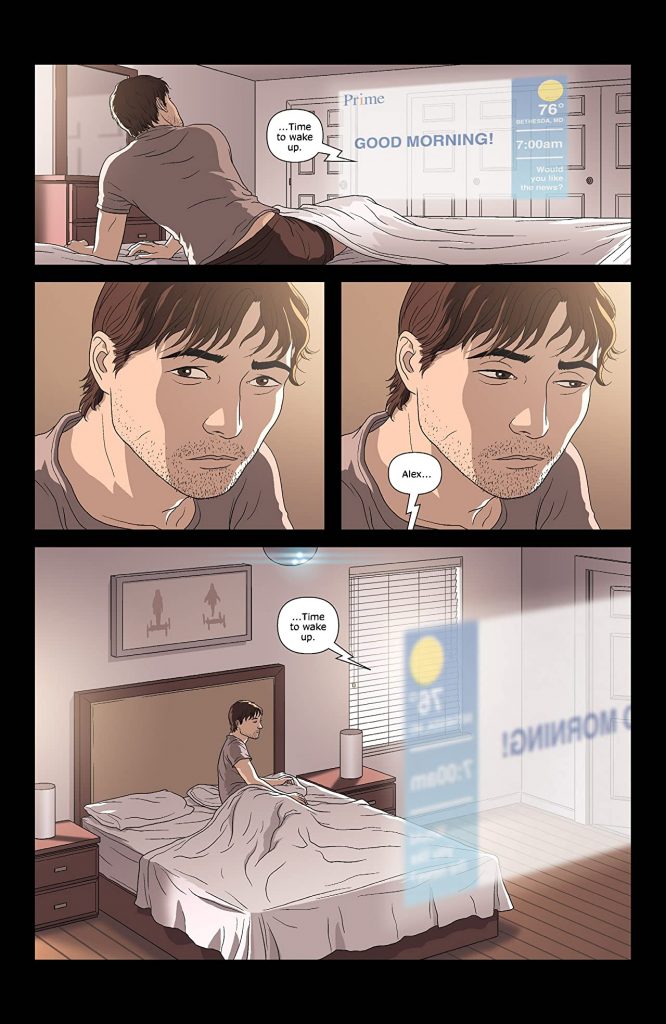 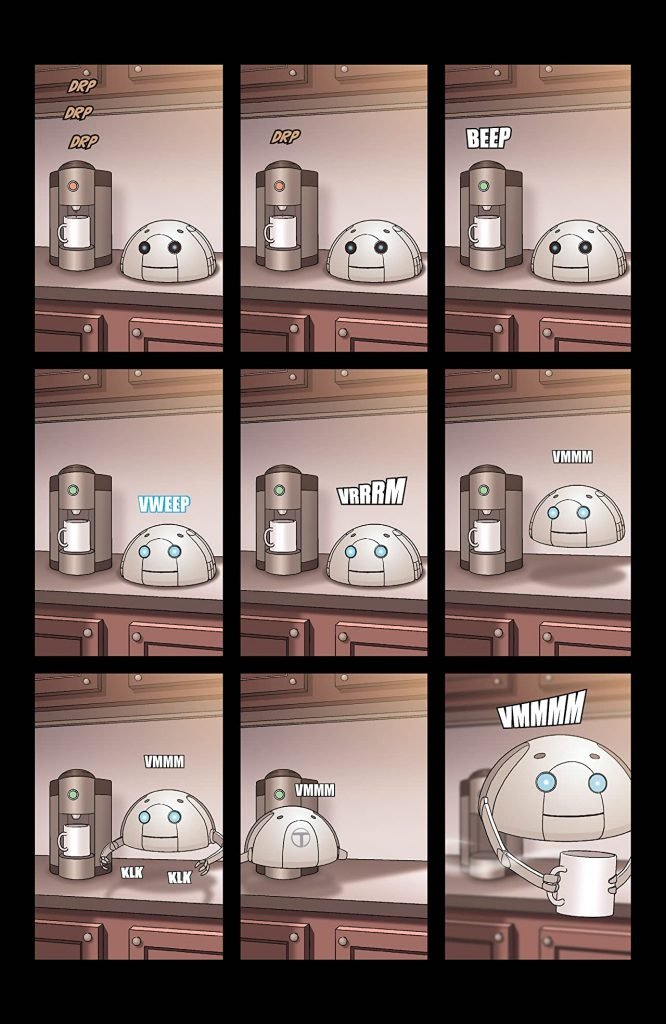 After initializing the concept in January 2013, the two discussed the project for three or four months before creating an outline for the whole story. The original outline was for 12 issues, but it left room for improvisation and a few points were removed as the story progressed. They looked at past and present social movements for civil rights for inspiration for how one would progress and how people might respond to a movement for android rights. Luna wrote the first draft of issue one, then the two worked together to rewrite it.

Luna began drawing around April. Alex + Ada is the first comic Luna drew completely digitally. Because Luna needed to focus on art, Vaughn wrote the first draft of the remaining issues. She and Luna would discuss the draft, then she would rewrite it.

The first issue of Alex + Ada was released November 6, 2013, and was Vaughn’s first published comic work. It was the 141st best selling issue of the month with estimated sales around 15,000, which was more than any book Luna had done previously. During the course of publication, the series length was increased from 12 issues to 15 issues. Each issue was released approximately six weeks apart, with the final issue available June 18, 2015. Issue 15 was the 206th best selling issue of the month with estimated orders around 8,250. The series has been collected into three trade paperbacks, each containing five issues.

Jonathan Luna has co-created and illustrated Eternal Empire and Alex + Ada with Sarah Vaughn, and The Sword Girls, and Ultra with his brother, Joshua Luna.

Jonathan was born in California and spent most of his youth in Iceland and Italy as a military child. He returned to the United States in his late teens. Writing and drawing comics since he was a child, he graduated from the Savannah College of Art and Design with a BFA in Sequential Art. He currently resides in Northern Virginia.