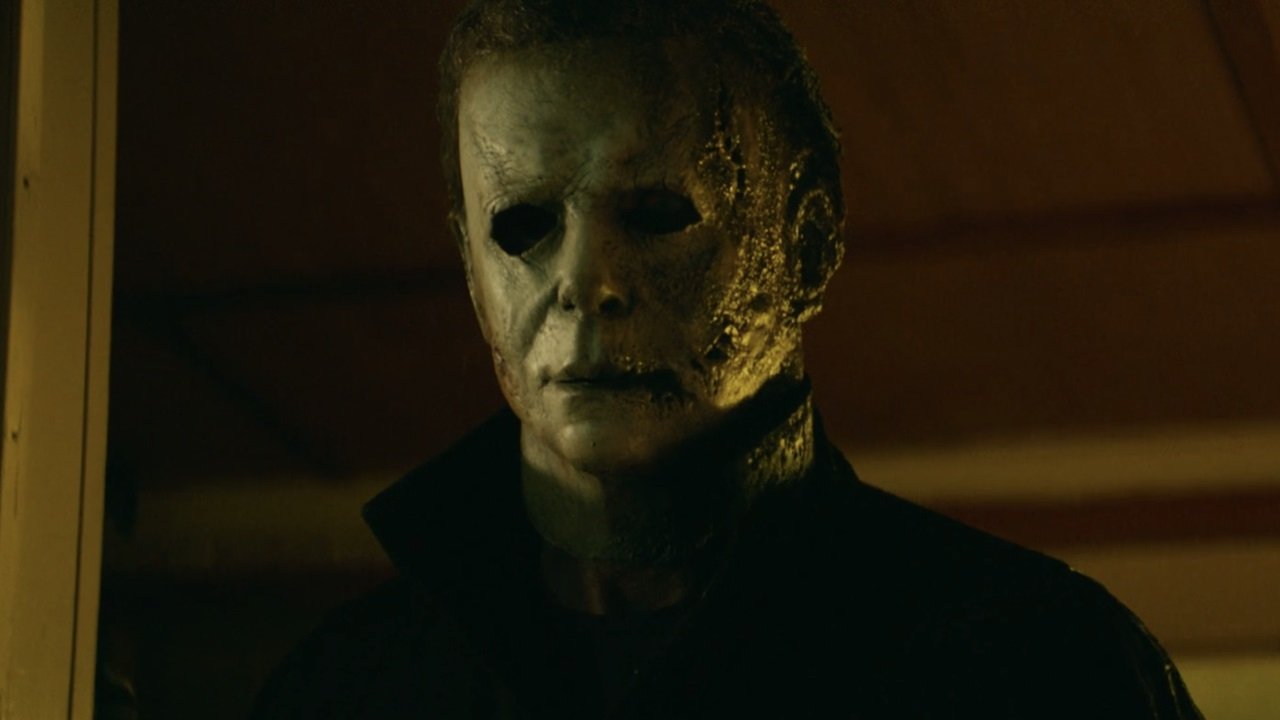 All Michael Myers Movies in Order: A Guide

Michael Myers is one of the most recognizable fictional characters among horror movie fans, thanks to the long-running Halloween series of slasher films.

He first appears in 1978 in John Carpenter’s Halloween as a young boy who murders his elder sister, Judith Myers. Fifteen years later, he returns home to Haddonfield, Illinois, to murder more teenagers.

In the original Halloween, the adult Michael Myers, referred to as The Shape in the closing credits, was portrayed by Nick Castle for most of the film and substituted by Tony Moran in the final scene where Michael’s face is revealed. The character was created by John Carpenter and has appeared in eleven films, as well as novels, multiple video games, and several comic books.

In this guide, we will provide you with the list and overview of all Michael Myers movies in the Halloween franchise. Note: This guide has been last updated in March 2022.

The following is the list of all Michael Myers movies in the Halloween franchise: 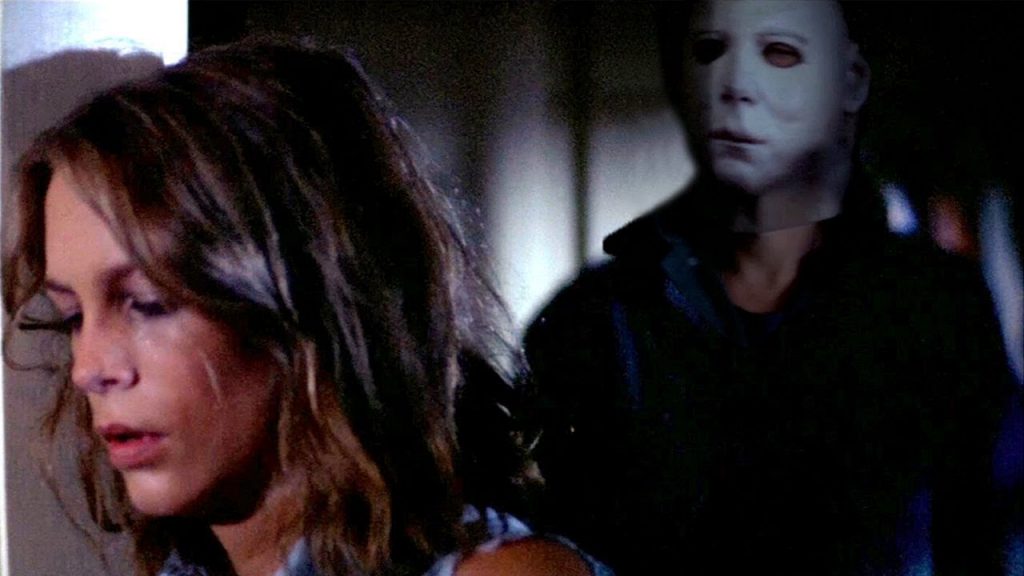 On a cold Halloween night in 1963, six year old Michael Myers brutally murdered his 17-year-old sister, Judith. He was sentenced and locked away for 15 years. But on October 30, 1978, while being transferred for a court date, a 21-year-old Michael Myers steals a car and escapes Smith’s Grove. He returns to his quiet hometown of Haddonfield, Illinois, where he looks for his next victims. 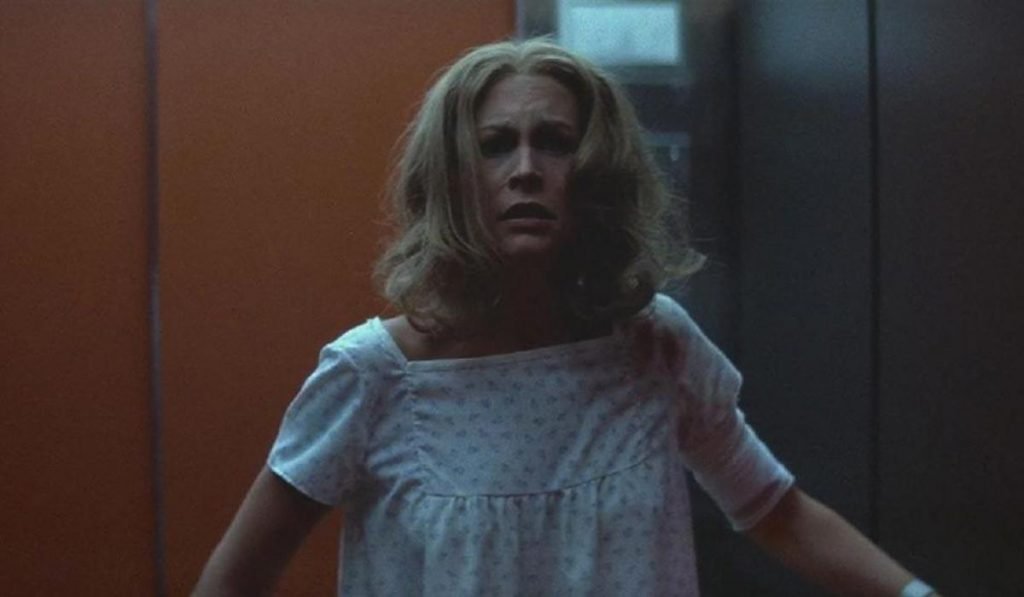 After failing to kill stubborn survivor Laurie (Jamie Lee Curtis) and taking a bullet or six from former psychiatrist Dr. Sam Loomis (Donald Pleasence), Michael Myers (Dick Warlock) has followed Laurie to the Haddonfield Memorial Hospital, where she’s been admitted for Myers’ attempt on her life. The institution proves to be particularly suited to serial killers, however, as Myers cuts, stabs and slashes his way through hospital staff to reach his favorite victim. 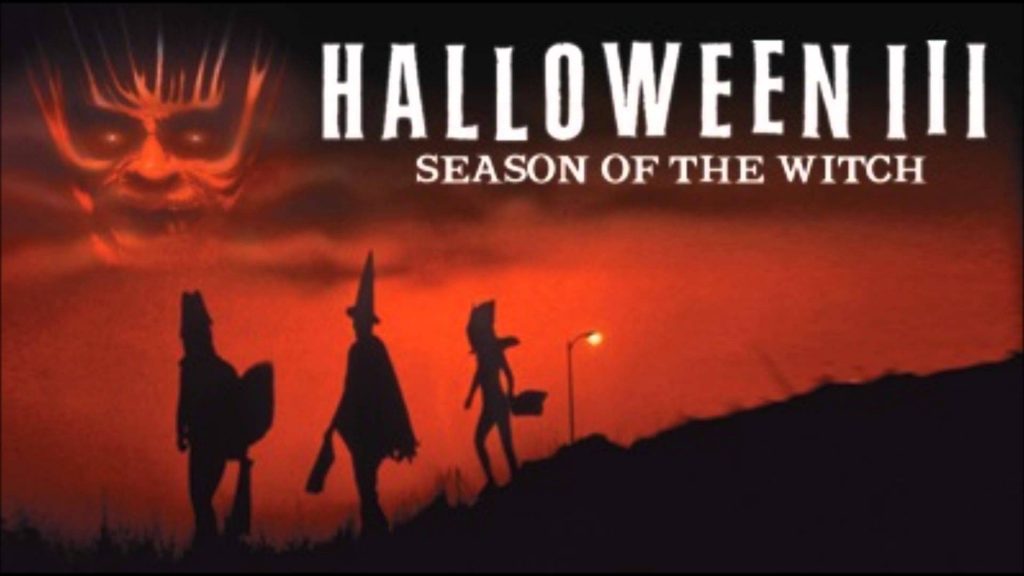 The ritual involves a boulder stolen from Stonehenge, the use of Silver Shamrock masks and a triggering device contained in a television commercial — all designed to kill millions of children. 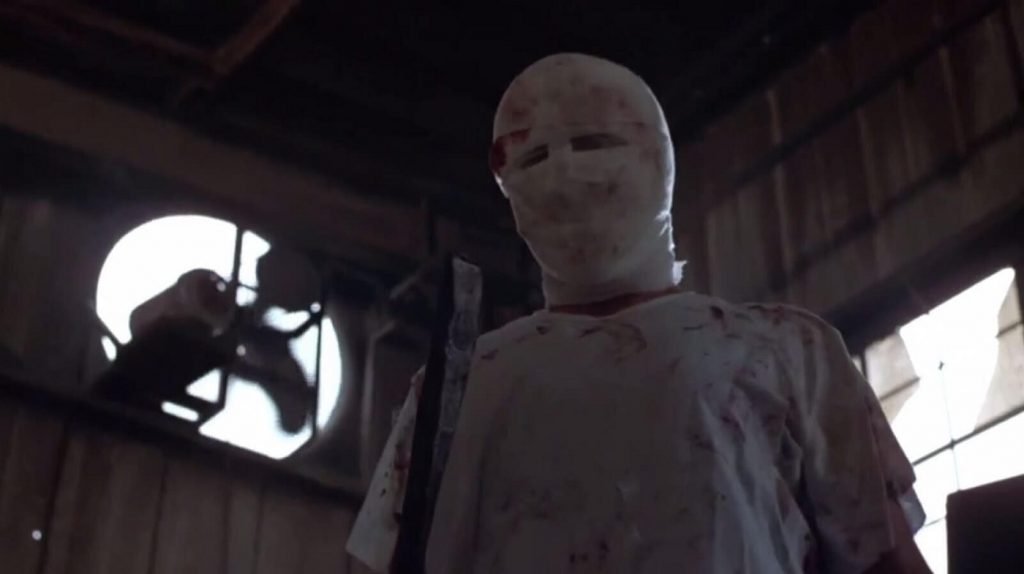 The apparently comatose Michael Myers (George P. Wilbur) is being transferred from one hospital to another, but he wakes up when the ambulance crew talk about his surviving niece, Jamie (Danielle Harris).

After slaughtering his attendants, Myers sets out to find his one living relative who is, fortunately, being cared for by a kind and resourceful foster sister named Rachel (Ellie Cornell). Meanwhile, the ever-cautious Dr. Loomis (Donald Pleasence) remains on the killer’s path. 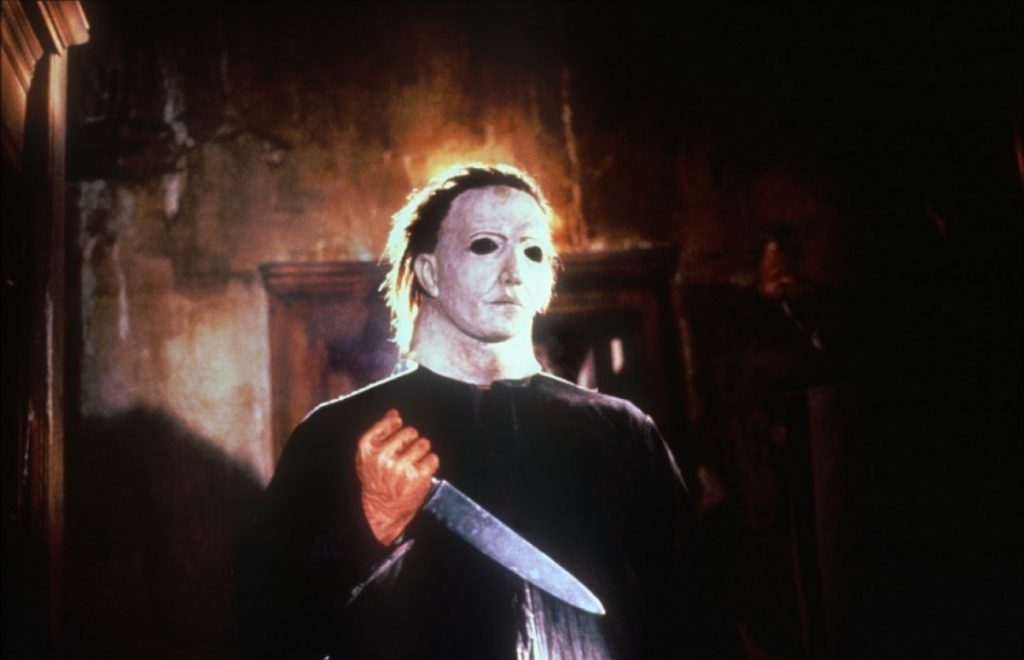 After lying in a coma for a year, Michael Myers (Donald L. Shanks) awakens and stalks his way back to his small hometown in Illinois, intent on killing his niece, Jamie (Danielle Harris), who has been confined to a mental institution since Michael’s last attempt to slay her. 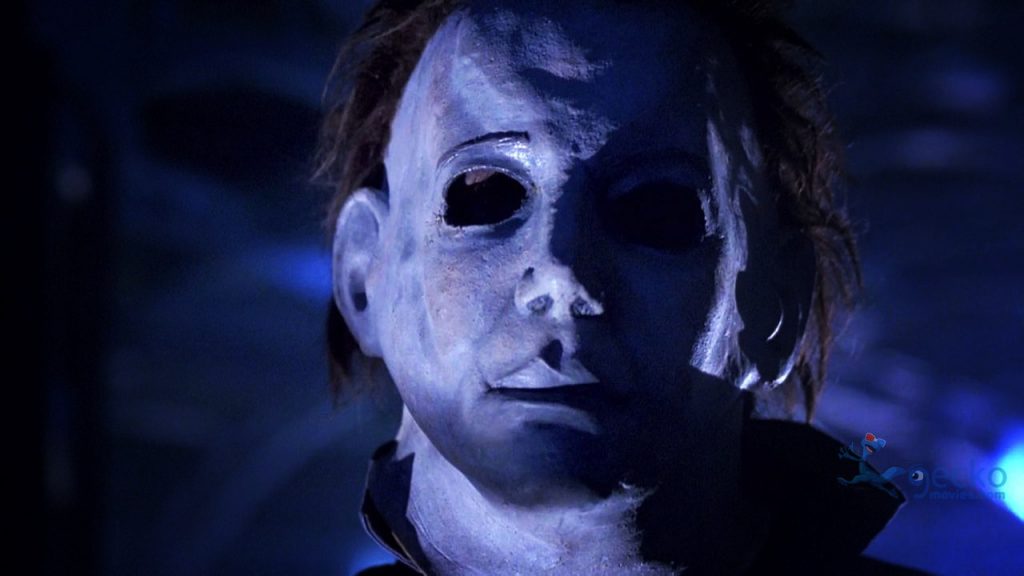 This installment marks the return of the seemingly indestructible masked murderer Michael Myers (George P. Wilbur), who is targeting Tommy Doyle (Paul Stephen Rudd), a young man tied into the legacy of the killer and his connections with the Strode family.

As the supernatural elements of Michael’s macabre abilities are explored, his longtime adversary, Dr. Sam Loomis (Donald Pleasence), is also back in yet another attempt to stop the psychopath’s brutal rampages. 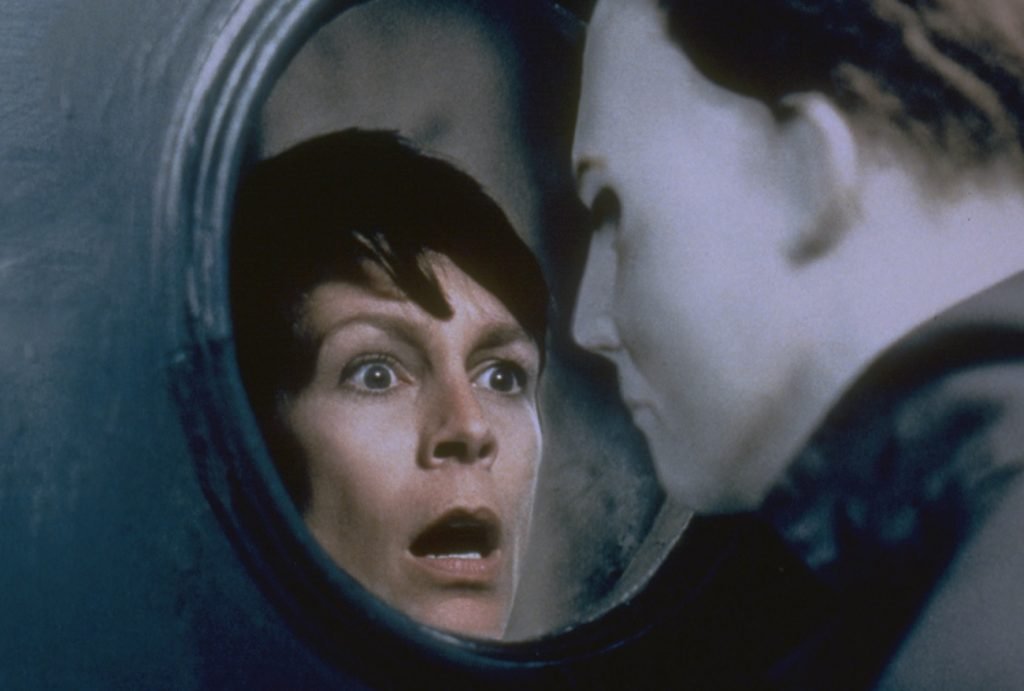 Two decades after surviving a massacre on October 31, 1978, former baby sitter Laurie Strode (Jamie Lee Curtis) finds herself hunted by persistent knife-wielder Michael Myers. Laurie now lives in Northern California under an assumed name, where she works as the headmistress of a private school.

But it’s not far enough to escape Myers, who soon discovers her whereabouts. As Halloween descends upon Laurie’s peaceful community, a feeling of dread weighs upon her — with good reason. 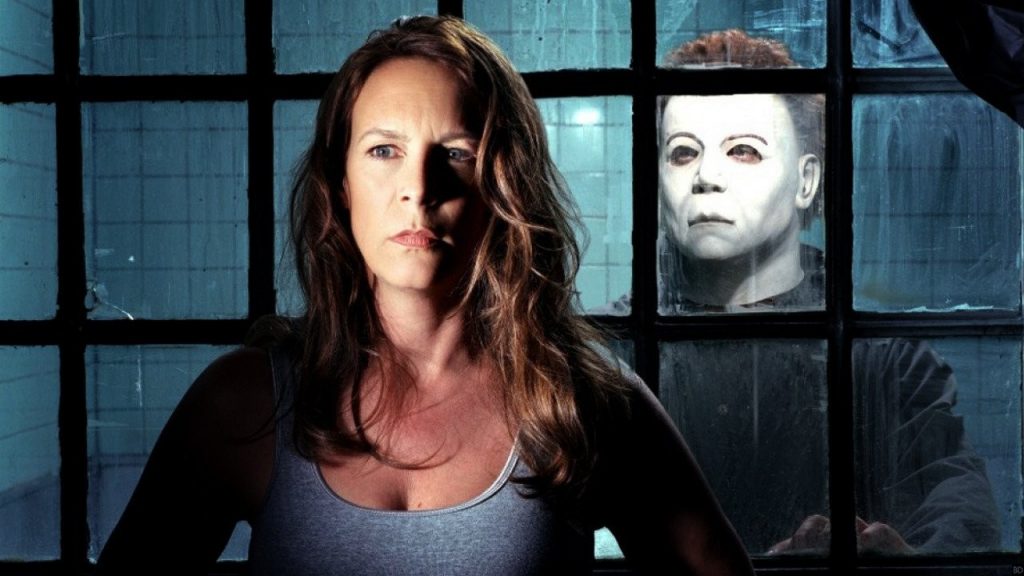 The original house of horrors, the dilapidated home of infamous serial killer Michael Myers, has now become the set of a webcam reality show. But when the veteran slasher discovers that a group of university students has taken over his old killing grounds, he decides it’s time to bring the blades out of retirement. 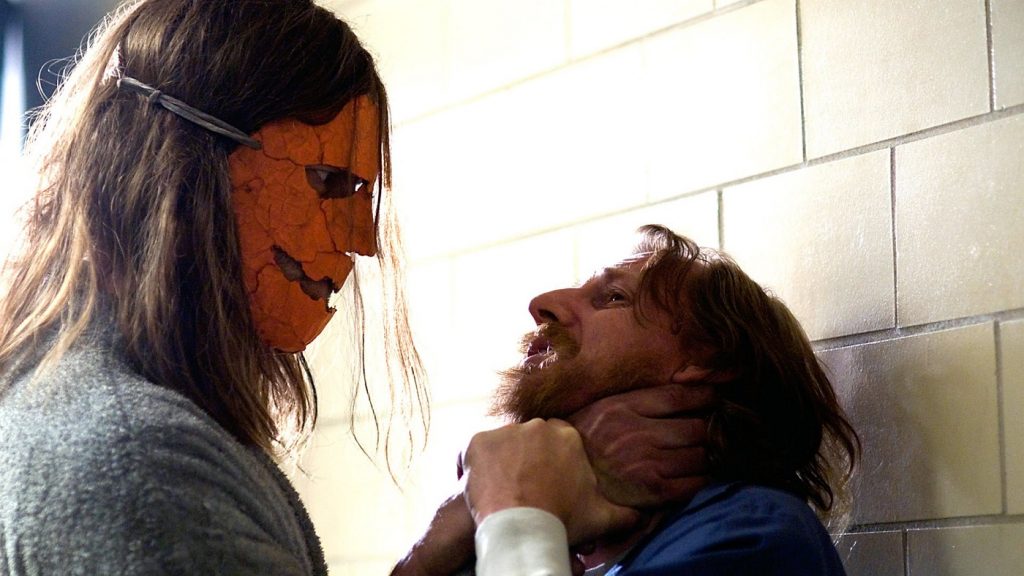 Nearly two decades after being committed to a mental institution for killing his stepfather and older sister, Michael Myers (Tyler Mane) breaks out, intent on returning to the town of Haddonfield, Ill. He arrives in his hometown on Halloween with the indomitable purpose of hunting down his younger sister, Laurie (Scout Taylor-Compton). The only thing standing between Michael and a Halloween night of bloody carnage is psychologist Dr. Samuel Loomis (Malcolm McDowell).

A year after narrowly escaping death at the hands of Michael Myers (Tyler Mane), Laurie Strode is at the breaking point, pushed to the edge by Dr. Loomis’ (Malcolm McDowell) revelation that she’s Michael’s sister. Little does she know, the unstoppable killer is back in Haddonfield and, driven by visions of their dead mother (Sheri Moon Zombie), he is determined to bring about a bloody family reunion.

It’s been 40 years since Laurie Strode survived a vicious attack from crazed killer Michael Myers on Halloween night. Locked up in an institution, Myers manages to escape when his bus transfer goes horribly wrong. Laurie now faces a terrifying showdown when the masked madman returns to Haddonfield, Ill. — but this time, she’s ready for him.

The nightmare isn’t over as unstoppable killer Michael Myers escapes from Laurie Strode’s trap to continue his ritual bloodbath. Injured and taken to the hospital, Laurie reunites with Tommy Doyle, the boy she was babysitting on the night Michael began his reign of terror. As Laurie continues to fight through the pain, Tommy leads an angry mob of vigilantes to rise up against Myers and destroy the evil once and for all.