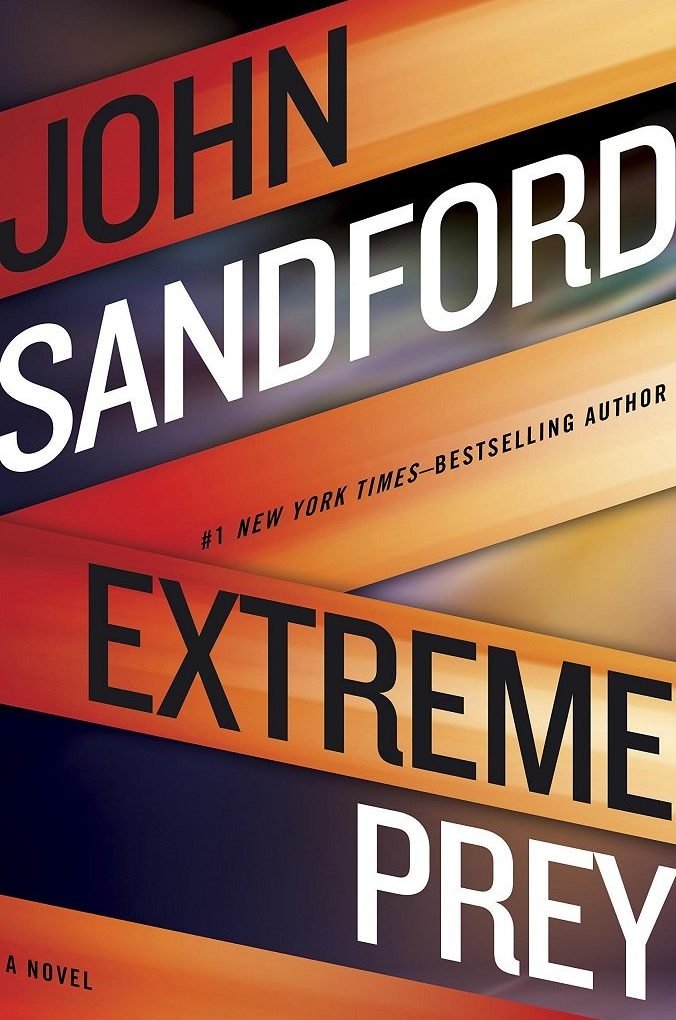 John Sandford is the pseudonym for the Pulitzer Prize–winning journalist John Camp. He is the author of twenty-six Prey novels and his latest work Extreme Prey

is a great read. If you like an exciting witty title, check out this new installment in Lucas Davenport thrillers.

After the events of Gathering Prey

, Lucas is no longer employed by the Minnesota Bureau of Criminal Apprehension. So, what does a veteran cop without a badge do? For Lucas, the answer is: retreat to the Wisconsin woods and build an extension on your weekend cabin. But, such an idyllic escape never lasts for long, and Lucas soon get a call from Neil Mitford, “chief weasel” for Minnesota governor Elmer Henderson, an old friend of Lucas’s who happens to be running for president. You are needed in Iowa, Mitford tells Lucas, and after a little good-natured grumbling, he is on his way.

Lucas doesn’t think much of the idea to come along as part of Henderson campaign staff. “Should be fun!” he says, and it kind of is—until they find they have a shadow: an armed man intent on killing the governor . . . and anyone who gets in the way.

Now that we are actually in presidential election season, reading this novel just makes sense! It’s fast-paced and it keeps you on your toes till the end…Sandford’s language is easy to follow and although the book is kind of tick, you can follow it in one sitting. Highly recommended!

This is one of the most popular novelists producing a solid array of summer reads. Click on the following images to know more about the other titles by him.