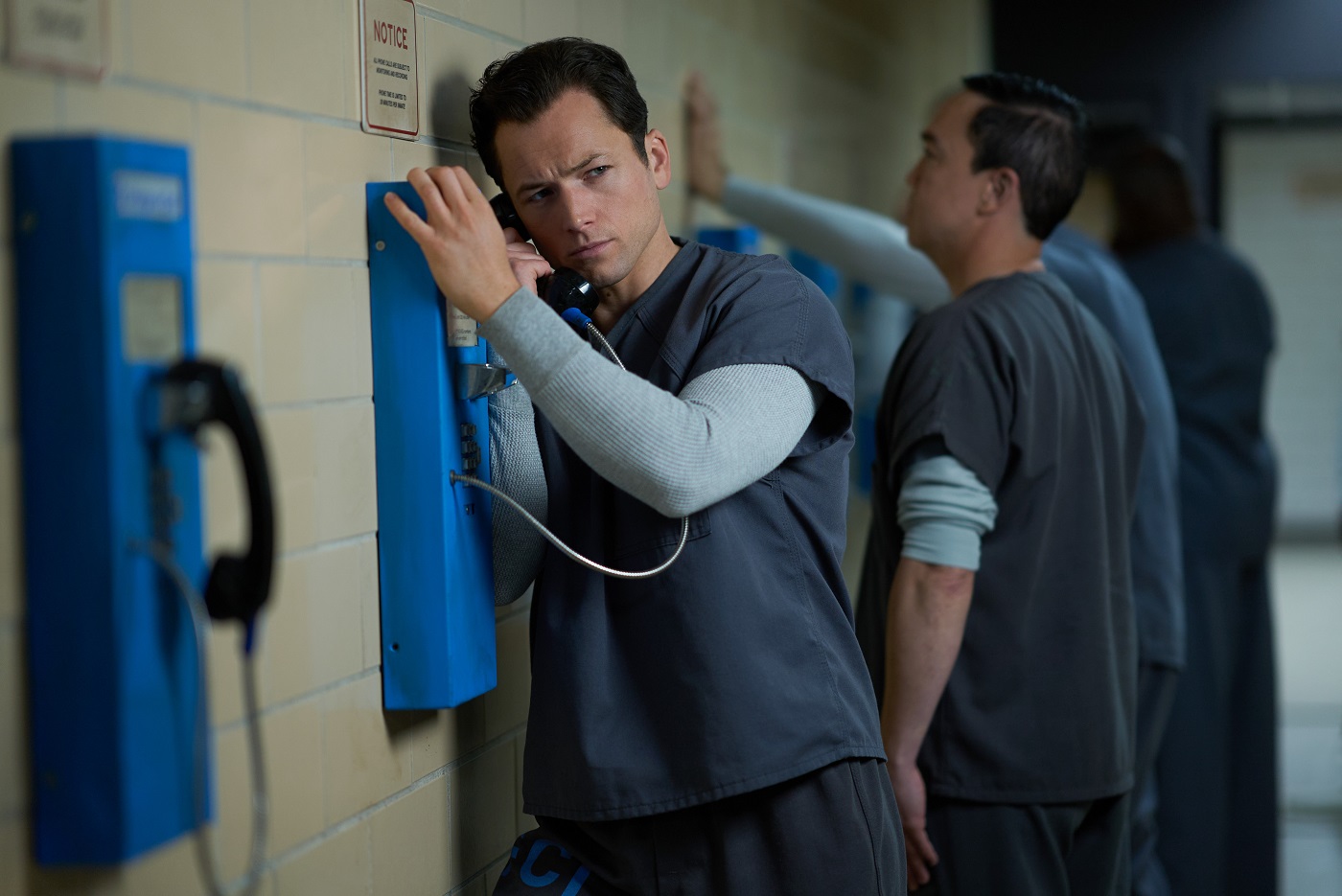 Apple has unveiled a first look and the premiere date for “Black Bird,” a gritty, suspenseful six-episode psychological thriller developed and executive produced by Dennis Lehane, that will premiere globally with the first two episodes on Friday, July 8, 2022 on Apple TV+, followed by one new episode weekly every Friday.

The series is adapted from the true crime memoir “In with the Devil: A Fallen Hero, a Serial Killer, and a Dangerous Bargain for Redemption” by James Keene and Hillel Levin.

Inspired by actual events, when high school football hero, decorated policeman’s son and convicted drug dealer Jimmy Keene (Taron Egerton) is sentenced to 10 years in a minimum security prison, he is given the choice of a lifetime — enter a maximum-security prison for the criminally insane and befriend suspected serial killer Larry Hall (Paul Walter Hauser), or stay where he is and serve his full sentence with no possibility of parole.

Keene quickly realizes his only way out is to elicit a confession and find out where the bodies of several young girls are buried before Hall’s appeal goes through. But is this suspected killer telling the truth? Or is it just another tale from a serial liar? This dramatic and captivating story subverts the crime genre by enlisting the help of the very people put behind bars to solve its mysteries.