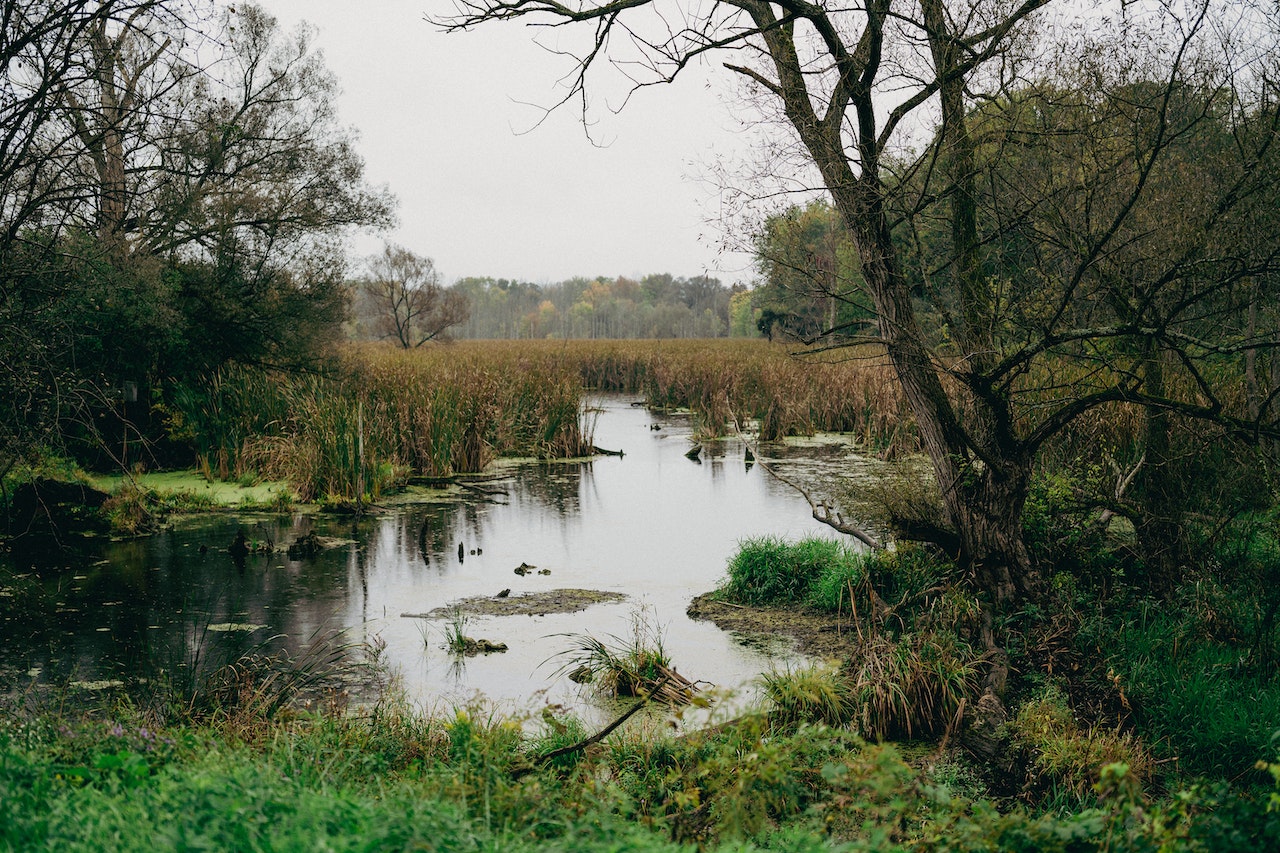 Zachary Vasquez, author of “Arcángeles: A Southern California Gothic”, is a Los Angeles born-and-bred writer of fiction, journalism, and criticism.

His novelette, “Panama”, was published in the Summer 2022 volume of the literary noir journal Vautrin. Mr. Vasquez is a regular contributor to Crooked Marquee, The Guardian, Crime Reads, and Fangoria.

As the brush began to clear before her, the old woman caught the glinting of moonlight off of water and knew they’d followed the right path.

Behind her, her granddaughter asked, “We can stop?”

“For a moment. Just to rest. We have a ways to go yet, but from here it’s a clear path along the river to the dam, and then only 150 yards or so to where it bends west.”

They came out of the clearing and let the heavy load they’d been carrying fall to the ground. Right away, the girl sat down beside it. The old woman remained standing and stretched her aching back. She stared at the river. The moon provided plenty of light, but it was impossible to tell the edge of the water from where the sheet of night fell to meet it.

They came out of the clearing and let the heavy load they’d been carrying fall to the ground.

Sullen, the girl murmured, “Don’t see why we can’t just do it here.”

“Water’s too shallow,” the old woman answered. “But it gets deeper west of the dam.”

“Hush now. You got no call to complain, young and strong as you are.”

This was half a lie. The girl was only 17, but she was weak. Weak of body, weak of mind, weak of spirit. The main reason the old woman was so keen to help her when she showed up crying on her doorstep earlier that day: she intended to use the experience to impart some dearly needed lessons about life; lessons she herself had learned only through doing and which she’d tried, but failed, to teach her daughter, the girl’s mother, gone now almost ten years God rest her. She’d come to her reward by way of a lot of bad decisions, at the center of which had stood—what else?—a bad man.

It had been the better part of a year since her granddaughter had started down the same path, absconding with another such bad man, this one a short greaser nearly twice her age with a slick tongue and slicker haircut. The old woman had all but given her up for lost, same as her mother. Thus, she was overcome with gratitude when the girl she turned up that afternoon, though she didn’t let herself show it. The trouble the girl had brung with her didn’t mean a thing to the old woman; far she was concerned, their reunion was the result not of her rash actions or subsequent desperation, but the carefully orchestrated design of some higher power. Serendipity, she understood it to be called.

“Saint Gabriel,” the old woman spoke the name to the river.

“The river,” the old woman said. “This here’s el río de San Gabriel, el Arcángel. Upon its ford was fought one of the decisive battles of the California campaign in the war against Mexico.”

The old woman savored any chance she got to show off her extensive knowledge of the history and geography of the region, which she’d begun amassing almost as soon as she’d settled in it 40 years ago. Only 17 herself then, she’d been ferried almost 2,000 miles west by yet another bad man, though one whose badness had luckily (for her, not him) reach beyond his moral fiber and into his bloodstream. Dead at only 35 behind a bad heart. Dead for almost that long now, though it wasn’t nearly long enough, far as the old woman was concerned.

“How’s that?” Lost in her memories, the old woman had forgotten what they were talking about. “You saw what?”

“In school. We took a field trip one time where we watched these guys act it out. Like, it was all pretend?”

“Ah,” the old woman nodded. “We had lots of them type shows back in Missouri. Never come upon any out this way, but figures they’d have them here too. This part of the country seen its share of bloodshed, same as the South.”

“I remember some of the soldiers had on these blue uniforms like from The Nutcracker, but all the Mexicans looked like the man on the Alberto’s sign. But I don’t remember who won.”

“Is you speaking Mexican right now?”

The old woman shot her granddaughter a smirk, but the girl didn’t see it. She had her thin knees pulled up to her chest and was staring past the points of her dirty sneakers over to the heavy bulk that lay before her, all twisted and bundled in a black rubber tarp tied together with bungee cords. The old woman’s eyes followed the girl’s. She noticed how the moonlight danced along the creases of the tarp same as it did the dark face of the water.

The girl let out a broken sob and dropped her head to her knees.

The girl ignored her and continued to cry. The old woman counted to five, then walked over to her. Hands on hips, she lorded over the girl and spoke calmly, but harshly.

“Either you do as I say, or else I’ll leave you here. Let you take care of the rest yourself and find your own way back.”

The girl looked up at her, terror shining in her bleary eyes.

The girl snuffled and wiped her eyes on her shirtsleeve. The old woman held out her arm. The girl took it and rose to her feet.

“Come on,” the old woman gestured at their burden on the ground. “You take up your end, I’ll take up mine.”

She walked the five feet, six inches over to the other end, knelt down facing the opposite direction, took the edges of the tarp in hand, and lifted with her knees.

“Thank Christ almighty you’re not particular when it comes to height. He’d been any taller, I don’t know how we’d have managed.”

She did in fact know, but the answer was too grisly to think on.

“That’s how come he combed his hair so high,” the girl said as they got a moving. “He thought it made him look taller.”

“Unfaithful, short and vain,” the old woman shook her head. “I will never understand what you saw in this man.”

“I loved that hair,” the girl said, defiant.

The old woman laughed. “You got a lot to learn, girlie.”

“Damn right, yeah right. You learning some of it now, matter of fact.”

“Like how any messes you make won’t just clean themselves. Or like how anything worth doing is worth doing right. Or how nature don’t know the meaning of tired. Or how just because you give a man your body, it don’t mean he’ll take care with your heart. Or how even bad people can have good hair.”