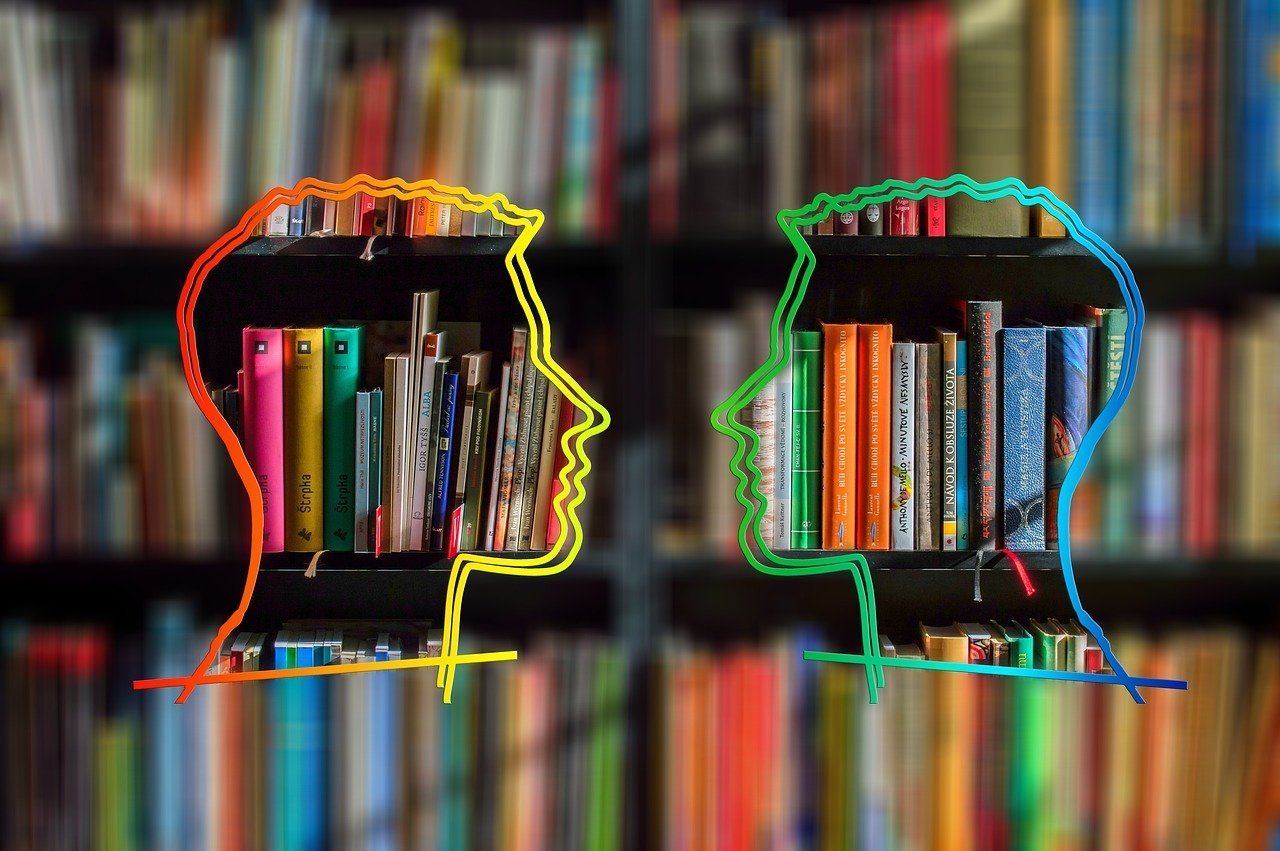 Note: “Author Conversations: Julia Keller And Paul Doiron” is part of a series published by Mystery Tribune which features the dialogue between critically acclaimed crime novelists about their life and work.

Julia Keller: Paul, after I’d written the first two novels featuring Belfa Elkins, I began coming across her in real life — despite the fact that she’s fictional. I’d be at a stoplight and I’d look over at the next car, and invariably the driver would be a woman in her late 30s or early 40s, solemn and preoccupied, surely contemplating some profound issue of crime and punishment, and I’d think, “It’s Belfa!” Does this happen to you as well? Do you see Mike Bowditch when you’re out and about?

Paul Doiron: I have had something stranger happen, I think. Since The Poacher’s Son

came out, there have been at least four classes of graduates from Maine’s Advanced Warden Academy. I find myself meeting these rookie wardens, and it’s clear from our conversations that many of them have read my books and see themselves—or at least aspects of themselves—in Mike.

They’re not emulating his reckless disregard for authority, by any means. But they identify with his love of the outdoors and his commitment to justice. It’s a surprising and gratifying experience because I have never been a game warden or a law enforcement officer of any kind.

I approached the creation of my protagonist by doing a lot of reporting and then trying to imagine my way inside the mind of a twenty-four-year-old warden. Julia, I’m curious to hear the story of how you came to create Bell, both in terms of her life circumstances and her profession as a prosecuting attorney. And to ask the question I always get at readings: how much of her is you?

Julia: Dang it all, Paul, I wish I WERE more like Bell! I love her fierceness. That’s the quality with which I most wanted to imbue a character, especially a female character: fierceness. A sort of rugged, inspired boldness, allied with a sense of justice and fair play. I do think Bell would be, at times, a hard person to be friends with, because of that very intensity.

She’s not casual or easygoing. My knowledge of a small-town prosecutor’s job derives primarily from my work as a journalist; long before I was a literary critic, I actually got my hands dirty by covering what we called ‘cops and courts.’ Some of the cases in A Killing in the Hills

— the murder of a young boy, allegedly by his mentally challenged friend — and in Bitter River — waiting on a riverbank while a car is pulled from the water, amidst the dread of a grisly discovery inside — come from stories I covered. From whence have your story lines originated?

Paul: I’ve known a few small-town prosecutors, and the best ones are fierce. The worst, I think, tend to get tunnel vision where the ends begin justifying the means. My second novel, Trespasser (Mike Bowditch Mysteries)

, was loosely inspired by the most controversial murder case in recent Maine history in which a man was accused of sexually assaulting and killing a little girl.

He was a soft-spoken, handsome farmer who acquired an army of defenders who have argued for decades that he was the victim of prosecutorial malfeasance. The attorney general proved guilt beyond a reasonable doubt in the courtroom, but he cut enough corners to undermine the confidence of the public.

I used the case as a springboard for my own story — which differs considerably from the real events. To me that’s always one of the more interesting questions when I am writing a book: how much do I depart from reality on a number of levels? For instance, Maine game wardens rarely get as tangled up in murder investigations as Mike Bowditch does, but it’s important to me to get as many details right as possible.

A Killing In The Hills projects so much verisimilitude. As a journalist, do you feel a special obligation to tether the action in your novels to the way you know crimes are investigated and prosecuted in the real world?

Julia: I keep a small card at my desk with this lovely line from the novelist John Fowles: “The task of fiction is to create a world as real as, but other than, the world that is.” Verisimilitude is important, yes, but to me, that’s the easy part. The hard part is the imaginative extension of reality into the newly created world of a novel.

Journalism took me places I’d never otherwise have been — to various crime scenes, and inside the Large Hadron Collider in Geneva, Switzerland, for instance — but the real story, of course, begins at the point where the facts leave off. By the way, I loved your perspective on prosecutors, and your reminder that fierceness can sometimes do as much harm as good.

While I admire her, I think Bell Elkins would be a hard person to be friends with. Do you ever worry about the issue of “likability” with your characters? I get the idea that Mike would be a great guy to have a beer with.

Paul: I think one of my first head-smacking moments as an author came when I realized I could move the location of an actual Maine jail from one place to another in The Poacher’s Son, and the ceiling wouldn’t collapse. Even though I knew I was writing fiction, I had a perverse attachment to “the facts” that probably came from my background in magazine journalism.

It took me a while to understand that everything in a novel should serve the needs of the story, and I should stop worrying about certain insignificant details. My theory is that readers need to feel assured that the author knows what he or she is talking about in order to suspend their disbelief, but beyond that they just want to be entertained and inspired. Which (indirectly) gets at your question about likability.

My college classmate Claire Messud created a literary ruckus last year when she told an interviewer: “If you’re reading to find friends, you’re in deep trouble.” I understand what she meant: that we relate to characters who seem fully alive rather than two dimensionally likable. But I wonder how this applies when you’re creating a series, as we are, with a recurring protagonist.

I’ve always said that I’m writing about the process by which a deeply damaged young man becomes a heroic individual. Mike Bowditch makes mistakes, but he learns from them. Some readers find my young warden unbearably frustrating in that regard, but I like to think the annoyance they’re feeling is a reflection of the three-dimensionality of his character.

You don’t get pissed off at a stick figure! I’m curious, though. Do you see Bell Elkins as being on a journey across your novels? And if so, would you be willing to say a little about how you envision her evolving?

Julia: I knew I was applying the proverbial can opener to a well-wrought can of worms when I used the word “likability.” I well remember the tempest-in-an-inkpot issue with Claire Messud and her allegedly “unlikable” characters. To me, though, the word “likability” was somewhat misunderstood in that debate. “Likable” doesn’t mean sweet and gooey and polite and obliging; Lord knows, neither of our main characters is that.

Rather, it’s somebody you’re drawn to and intrigued by. All the great series characters have edges — sometimes sharp ones! Michael Connelly’s Harry Bosch, Sue Grafton’s Kinsey Millhone, Mo Hayder’s Jack Cafferty — these aren’t pleasant, smiling, uncomplicated souls. But I’d argue till the cows come home that they are likable. Okay, on to Bell’s evolution.

A journey, yes. Indeed, that why I love series. We can follow that progress, just as we can with the real people in our lives. I definitely created Bell as a person who would change (for good and for ill) across the wide landscape of multiple novels. She needs, for instance, to fall in love again. And she will. Are there authors and series you read in order to follow the personal and professional evolution of the main characters?

Paul: I was going to ask you the same question! Influences are such will-o’-the-wisps. The entire literature program at Yale when I was there was premised on the idea that authors were blind to their own influences. 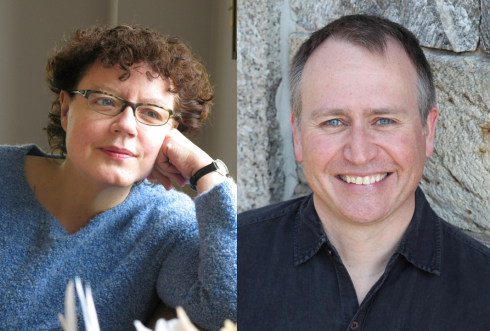 I agree with you completely about likability, by the way. We identify with characters for their flaws more than their virtues. Getting back to authors who have inspired me, I want to make an admission. Frequently, as writers we’re subjected to “read-alike” comparisons, and for the most part I’m grateful for them.

Booksellers and librarians need some way to refer readers to books by unfamiliar authors, and if they want to compare me to C.J. Box (who also writes game warden mysteries) or Steve Hamilton (who describes Michigan’s remote Upper Peninsula so well), I can’t complain. But in reality the authors that inspire me are not the ones I am usually grouped with.

Among living crime novelists, for instance, the one I most identify with is James Lee Burke for his vivid descriptions of places and people and his Christ-haunted sensibility. But most reviewers don’t see the connection. No one seems to notice the many nods I make to Flannery O’Connor, either. I’d love to hear who some of your unacknowledged influences are, Julia.

Julia: I found myself nodding vigorously at your evocation of the flattering — but somehow not entirely satisfactory — comparisons drawn between one’s own work and the work of other writers. I’m sometimes lumped in with Sharon McCrumb, Louise Penny or Laura Lippmann — not too shabby! And yet, and yet. Oh, I LOVE Burke.

His work reminds me of a review I once read of Richard Holmes’ biography of Percy Shelley; reading it, the critic said, makes you feel “like a bee drowning in honey.” So sensually enveloping — even the violence! For me, too, however, the stylistic and thematic influences are varied: Joyce Carol Oates, John Banville, and an Australian writer named Tim Winton top the list.

Developing one’s own style, while still in thrall to the towering work of others, is, I think, a bit like leaving home for the first time: Scary and heartbreaking, but necessary.

Paul: Of course, if you’re lucky there comes the surreal moment when you happen upon a review of someone else’s book and the writer says, “Highly recommend for fans of Paul Doiron.” And you think of the author somewhere fuming, “I don’t write at all like Doiron!” If you haven’t had that happen to you yet, Julia, I promise you it’s coming.

after my tour for The Bone Orchard

is done, and I’m sprawled on a launch chair in the back yard. Tell me truly, is there anything better than the anticipation of reading a good book?