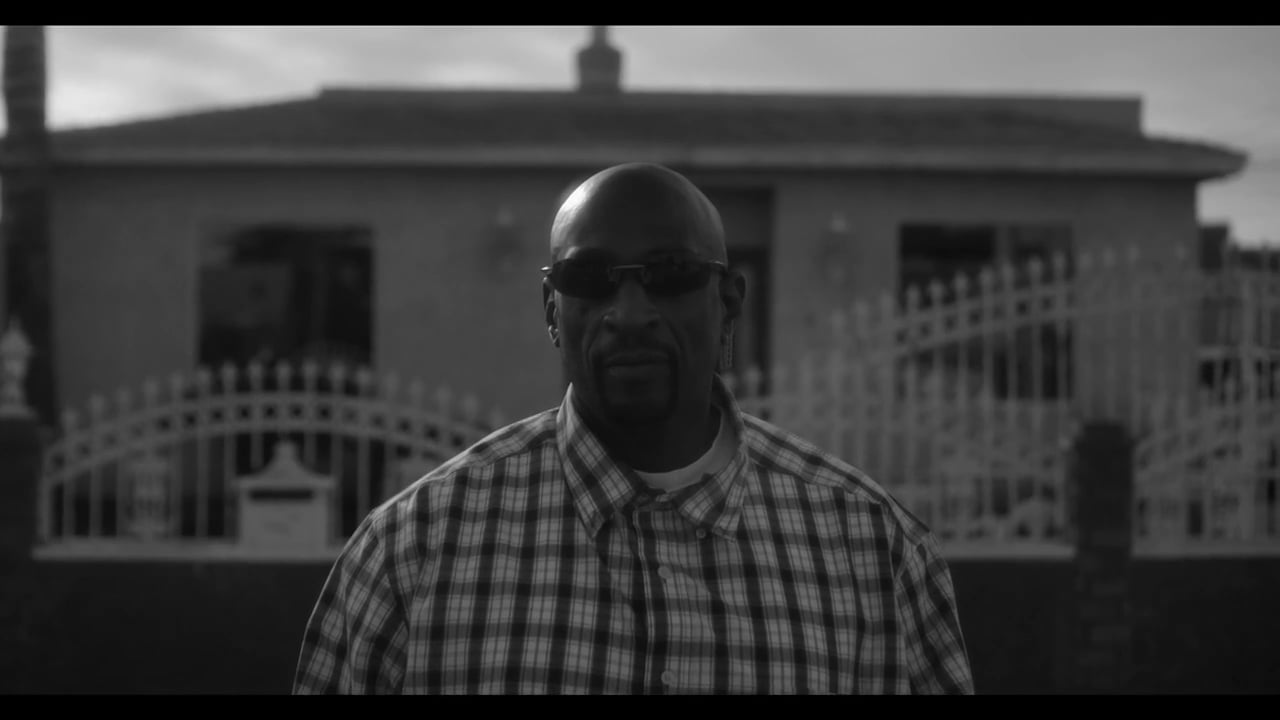 “I was intrigued by a man who had spent all of his drug money on his art: lowriding,” says British director Luke Monaghan of the towering Fredrick James Staves, the reformed 1980s Los Angeles drug kingpin and customized car aficionado, also known as Baby Gangster.

“He’s had some of the most legendary cars and also ran cocaine import and export in Compton. Interesting bloke.” Opening with a swaggering score from the filmmaker’s close collaborator A$AP Rocky, Monaghan’s monochromatic film gets up close and personal with the original member of the Compton Crips in his own neighborhood.

“We hung out at his garage and watched movies a lot,” says Monaghan. “I didn’t want the fact that I liked him as a person to jade the view of the film. I wanted it to be impartial and let you make up your mind on a guy who has done a lot of bad things in his life… and some positive.”

Luke Monaghan grew up in West London’s culturally diverse World’s End Estate, far away from the movie-making culture of Hollywood but never lacking in its inspiration.

After exploring the world of directing music videos for a few years, he gained a reputation for his distinct storytelling and cinematic style which earned him a seat at the table with top musical acts, such as Sam Smith.

This gave him the confidence he needed to push into short film, features and commercials, and after making the decision to move to L.A. in 2013 his talent caught the attention of the advertising industry, including top agencies such as Anomaly NY, Wieden + Kennedy NY and Phenomenon LA.

Now a cross-disciplinary filmmaker, Luke’s expertise in commercial and documentary work has allowed him to work with high-profile brands including Beats by Dre, Nike, adidas, Crown Royal, Levi’s, Wilson and Fox Sports. He’s also won an Emmy for Outstanding Short Sports Documentary for his profile on Mexican boxer Ray Beltran in HBO’s State of Play series.