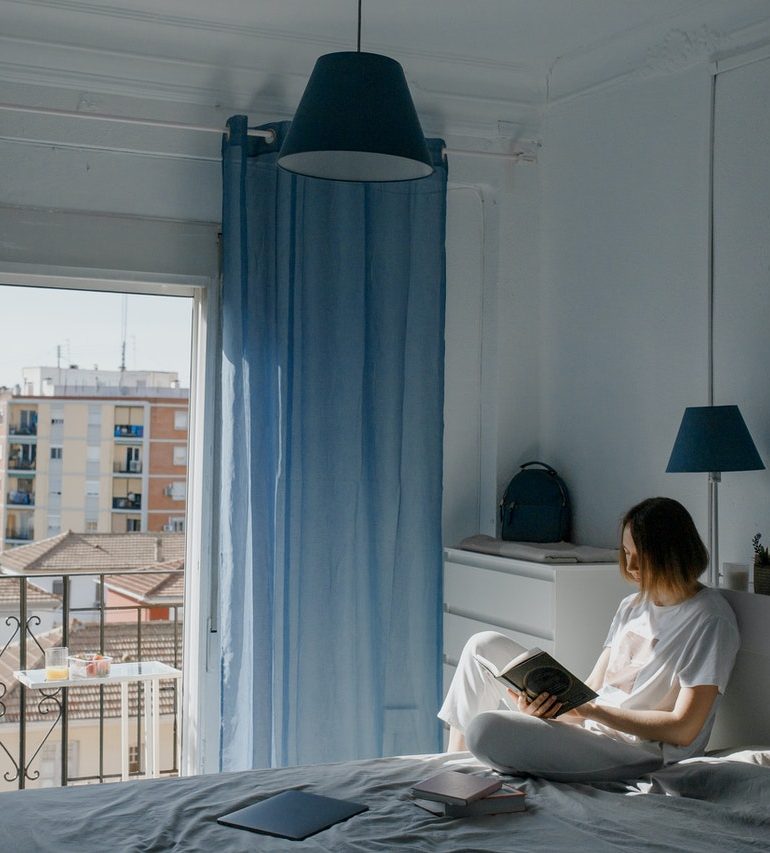 Note: Our online archive of the best books in crime, mystery, and thriller genre is available here.

The Secret Order of the Orchid by Randle Crews (July 1). In eighteenth-century France, the mysterious death of one of the clergies is soon followed by the disappearance of another. It quickly becomes apparent that something sinister has invaded their monastery, and only a former cleric from Avignon can solve the mystery of the missing monks.

Shortly into his investigation, he discovers that the truth behind the sudden tragic events is much more diabolical than he could have ever imagined.

Sleeping Bear by Connor Sullivan (July 6). After her young husband’s untimely death, Army veteran Cassie Gale decides to take a few days of solitude in the Alaska wilderness before she starts her new job. But when she fails to show up on her first day and her dog is discovered injured at her wrecked campsite, her father knows that this is much more than a camping trip gone awry.

As it turns out, Cassie’s not the first person to disappear without a trace in Alaska’s northern interior. Bears. Wolves. Avalanches. Frostbite. Starvation. There are many ways to die in here. But not all disappearances can be explained. Cassie’s is one of them, along with a number of other outdoor enthusiasts who have vanished in recent years.

Regaining consciousness in a Russian prison, Cassie finds herself trapped in a system designed to ensure that no one ever escapes alive. It will require all her grit and skills to survive. Meanwhile, her father rushes to outrun the clock, scouring thousands of acres, only to realize she’s been taken by a far more nefarious adversary—one with the power of the Eastern Bloc behind it. Ties to his past life, one full of secrets, threaten to surface. He knows there’s a price to be paid, but he’s determined it won’t be his daughter.

Fallen by Linda Castillo (July 6). When a young woman is found murdered in a Painters Mill motel, Chief of Police Kate Burkholder is shocked to discover she once knew the victim. Rachael Schwartz was a charming but troubled Amish girl who left the fold years ago and fled Painters Mill. Why was she back in town? And who would kill her so brutally?

Kate remembers Rachael as the only girl who was as bad at being Amish as Kate was—and those parallels dog her. But the more Kate learns about Rachael’s life, the more she’s convinced that her dubious reputation was deserved. As a child, Rachael was a rowdy rulebreaker whose decision to leave devastated her parents and best friend. As an adult, she was charismatic and beautiful, a rabble-rouser with a keen eye for opportunity no matter who got in her way. Her no-holds-barred lifestyle earned her a lot of love and enemies aplenty—both English and Amish.

As the case heats to a fever pitch and long-buried secrets resurface, a killer haunts Painters Mill. Someone doesn’t want Rachael’s past—or the mysteries she took with her to the grave—coming to light. As Kate digs deeper, violence strikes again, this time hitting close to home. Will Kate uncover the truth and bring a murderer to justice? Or will a killer bent on protecting a terrible past stop her once and for all—and let the fallen be forgotten?

A Fatal Footnote by Margaret Loudon (July 6). The wedding of the Duke and Duchess of Upper Chumley-on Stoke has all the makings of a fairy tale, complete with a glowing bride and horse-drawn carriage. But it wouldn’t be much of a story without a villain, and as American Gothic novelist Penelope Parish is coming to learn, happy-ever-afters are as fraught in this charming British town as they are in her books.

When the Duke’s former girlfriend is found murdered at the reception it’s up to Penelope and her newfound family at the Open Book bookshop to catch the killer before they strike again.

The Kobalt Dossier by Eric Van Lustbader (July 8). After thwarting the violent, international, fascist syndicate known as Nemesis, Evan Ryder returns to Washington, D.C., to find her secret division of the DOD shut down and her deceased sister’s children missing. Now the target of a cabal of American billionaires who were among Nemesis’s supporters, Evan and her former boss, Ben Butler, must learn to work together as partners – and navigate their intricate past.

Their search will take them from Istanbul to Odessa to an ancient church deep within the Carpathian Mountains of Romania. And all along the way, an unimaginable enemy stalks in the shadows, an adversary whose secretive past will upend Evan’s entire world and everything she holds dear.

Burying the Crown by TP Fielden (July 22). Windsor, 1942. War rages through Great Britain. Anna Duckworth, former lover of Prince George, Duke of Kent, is found dead after an enemy bomb blast at her country home. When courtier Guy Harford is called to dispose of incriminating love letters between Anna and the Duke, it becomes clear that there’s more to the story than anyone is prepared to reveal.

As the court begins to whisper of a lone gunshot heard in the house that day, another gruesome death befalls the royal circle. With the bodies stacking up, Guy rejoins his old accomplices, East End burglar Rodie Carr and undercover agent Rupert Hardacre, to unmask the dangerous secrets lurking beneath the glittering Crown.

But with tensions rippling from London to Tangier as the Allied Forces prepare to invade North Africa, and Guy’s reputation in the Palace hanging in the balance, can he solve the mystery before more heads roll?

Embassy Wife by Katie Crouch (July 13). Meet Persephone Wilder, a displaced genius posing as the wife of an American diplomat in Namibia. Persephone takes her job as a representative of her country seriously, coming up with an intricate set of rules to survive the problems she encounters: how to dress in hundred-degree weather without showing too much skin, how not to look drunk at embassy functions, and how to eat roasted oryx with grace. She also suspects her husband is not actually the ambassador’s legal counsel but a secret agent in the CIA. The consummate embassy wife, she takes the newest trailing spouse, Amanda Evans, under her wing.

Amanda arrives in Namibia mere weeks after giving up her Silicon Valley job so her husband, Mark, can have his family close by as he works on his Fulbright project. But once they’re settled in the sub-Saharan desert, Amanda sees clearly that Mark, who lived in Namibia two decades earlier, has other reasons for returning. Back in the safety of home, the marriage had seemed solid; in the glaring heat of the Kalahari, it feels tenuous. And the situation grows even more fraught when their daughter becomes involved in an international conflict and their own government won’t stand up for her.

How far will Amanda go to keep her family intact? How much corruption can Persephone ignore? And what, exactly, does it mean to be an American abroad when you’re not sure you understand your country anymore?

The Final Girl Support Group by Grady Hendrix (July 13). Like his bestselling novel The Southern Book Club’s Guide to Slaying Vampires, Grady Hendrix’s latest is a fast-paced, frightening, and wickedly humorous thriller. From chain saws to summer camp slayers, The Final Girl Support Group pays tribute to and slyly subverts our most popular horror films—movies like The Texas Chainsaw Massacre, A Nightmare on Elm Street, and Scream.

Lynnette Tarkington is a real-life final girl who survived a massacre. For more than a decade, she’s been meeting with five other final girls and their therapist in a support group for those who survived the unthinkable, working to put their lives back together. Then one woman misses a meeting, and their worst fears are realized—someone knows about the group and is determined to rip their lives apart again, piece by piece.

But the thing about final girls is that no matter how bad the odds, how dark the night, how sharp the knife, they will never, ever give up.

Tell Me (Inland Empire, 2) by Anne Frasier (July 27). No strangers to evil, criminal profiler Reni Fisher and detective Daniel Ellis both still grapple with traumatizing pasts. It unites them. So has a crime they must solve before someone else dies.

At a campsite on California’s Pacific Crest Trail, a guide is murdered and three young hikers vanish without a trace. The only lead is a puzzle in itself: a video of the crime scene, looking eerily staged, uploaded to social media. The girl who posted it can’t be found. Is it a viral hoax gone unspeakably wrong, or is there something more sinister at play in the forest?

The case intensifies when one of the missing is found wandering down a dirt road, confused and afraid. As Reni and Daniel struggle to sort fact from fiction, a secret past collides with the present, threatening to sever their relationship. Are some truths too much to bear? Will this be the case that finally breaks them?

Not a Happy Family by Shari Lapena (July 27). Brecken Hill in upstate New York is an expensive place to live. You have to be rich to have a house there, and Fred and Sheila Merton certainly are rich. But even all their money can’t protect them when a killer comes to call. The Mertons are brutally murdered after a fraught Easter dinner with their three adult kids. Who, of course, are devastated.

Or are they? They each stand to inherit millions. They were never a happy family, thanks to their vindictive father and neglectful mother, but perhaps one of the siblings is more disturbed than anyone knew. Did someone snap after that dreadful evening? Or did another person appear later that night with the worst of intentions? That must be what happened. After all, if one of the family were capable of something as gruesome as this, you’d know. Wouldn’t you?

Rhode Island Red by Charlotte Carter (July 27). Nan’s day is not off to a good start. Her on-again, off-again relationship with Walter is off…again, and when she offers a fellow busker a place to stay for the night he ends up murdered on her kitchen floor. To make matters worse, the busker turns out to have been an undercover cop. And his former partner has taken an immediate and extreme dislike to Nan. When she finds that the dead man stashed a wad of cash in her apartment, cash that could go to help his blind girlfriend, Nan’s desire to do the right thing lands her in trouble.

Soon she’s on the hunt for a legendary saxophone worth its weight in gold. But there are plenty of people who would kill for the priceless instrument, and Nan’s new beau just might be one of them.

The Timepiece and the Girl Who Went Astray by O.R. Simmonds (July 30). William Wells, a gifted but risk-averse US college dropout living an unadventurous life in London, stumbles upon a mysterious timepiece with the ability to alter time. When the Timepiece’s previous owner is brutally murdered by unknown assailants, Will flees, only to see his girlfriend, Abigayle, vanish before his eyes when she comes into contact with this remarkable watch.

He now finds himself alone in an unfamiliar city, wanted for a murder he didn’t commit and the prime suspect in a woman’s disappearance. Whether he knows it or not, Will does have one advantage – control over the most powerful force in the universe: time. The only problem is that he has no idea how to wield it. Those that do, members of a secretive and long-forgotten organization, are also on his trail and there are no lines they won’t cross to recover The Timepiece.