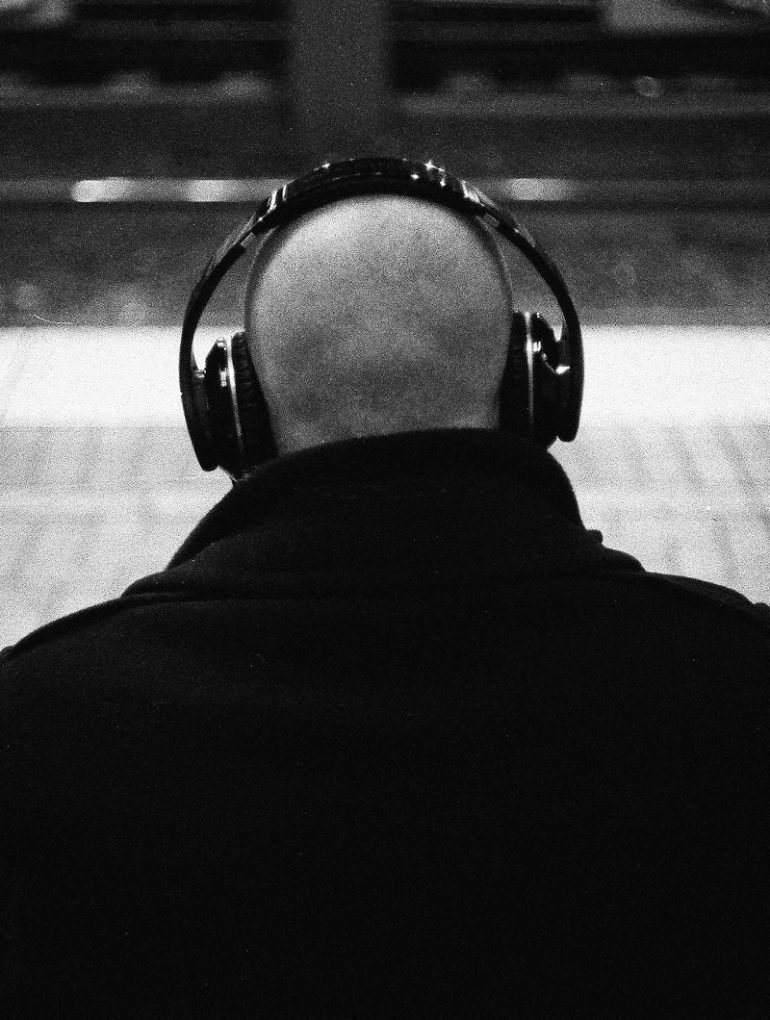 The Best Of The Week In Mystery And Thriller Audiobooks

Among the hot new audiobooks released this month, Minnesota-based author Mindy Mejia delivers a story with great twists and turns in Everything You Want Me to Be

. The novel reconstructs a year in the life of a dangerously mesmerizing young woman, during which a small town’s darkest secrets come to the forefront, and she inches closer and closer to her death.

High school senior Hattie Hoffman has spent her whole life playing many parts: the good student, the good daughter, the good citizen. When she’s found brutally stabbed to death on the opening night of her high school play, the tragedy rips through the fabric of her small-town community. Local sheriff Del Goodman, a family friend of the Hoffmans, vows to find her killer, but trying to solve her murder yields more questions than answers. It seems that Hattie’s acting talents ran far beyond the stage.

Told from three points of view – Del, Hattie, and the new English teacher whose marriage is crumbling – Everything You Want Me to Be weaves the story of Hattie’s last school year and the events that drew her ever closer to her death.

Evocative and razor sharp, Everything You Want Me to Be challenges you to test the lines between innocence and culpability, identity and deception.

, the latest novel by Edgar Award-Winner Thomas Perry is a narrative about new adventures for an old spy soul. To all appearances, Dan Chase is a harmless retiree in Vermont with two big mutts and a grown daughter he keeps in touch with by phone. But most 60-year-old widowers don’t have multiple driver’s licenses, savings stockpiled in banks across the country, and a bugout kit with two Beretta Nanos stashed in the spare bedroom closet. Most have not spent decades on the run.

Thirty-five years ago, as a young hotshot in army intelligence, Chase was sent to Libya to covertly assist a rebel army. When the plan turned sour, Chase reacted according to his own ideas of right and wrong, triggering consequences he could never have anticipated. And someone still wants him dead because of them. Just as he had begun to think himself finally safe, Chase must reawaken his survival instincts to contend with the history he has spent his adult life trying to escape.

Armed mercenaries, spectacularly crashed cars, a precarious love interest, and an unforgettable chase scene through the snow – this is lethal plotting from one of the best in crime fiction.

, about the unexpected, shattering, and lethal consequences of a one-night stand on a seemingly happily married couple.

, Kate loves her life. At 44 she’s happily married to her kind husband, Ron, blessed with two wonderful children, and has a beautiful home in San Francisco. Everything changes, however, when she and Ron attend a dinner party and meet another couple, Peter and Jill. Kate and Peter exchange only a few pleasant words, but that night, in bed with her husband, Kate is suddenly overcome with a burning desire for Peter.

What begins as an innocent crush soon develops into a dangerous obsession, and Kate’s fixation on Peter results in one intense, passionate encounter between the two. Confident that her life can now go back to normal, Kate never considers that Peter may not be so willing to move on. Not long after their affair, a masked man barges into the café Kate is sitting in with her best friend, firing an assault weapon indiscriminately into the crowd. This tragedy is the first in a series of horrifying events that will show Kate just how grave the consequences of one mistake can be.

An explosive story of infidelity, danger, and moral ambiguity, John Lescroart’s latest thriller will excite and satisfy both his current and new fans.

Lisa Gardner’s thriller Right Behind You

takes her wildly popular brand of suspense to new heights. Eight years ago, Sharlah May Nash’s older brother beat their drunken father to death with a baseball bat in order to save both of their lives. Now thirteen years old, Sharlah has finally moved on. About to be adopted by retired FBI profiler Pierce Quincy, and his partner, Rainie Conner, Sharlah loves one thing best about her new family: they are all experts on monsters.

Then the call comes in. A double-murder at a local gas station, followed by reports of an armed suspect shooting his way through the wilds of Oregon. As Quincy and Rainie race to assist, they are forced to confront mounting evidence: the shooter may very well be Sharlah’s older brother, Telly Ray Nash, and it appears his killing spree has only just begun.

As the clock winds down on a massive hunt for Telly, Quincy and Rainie must answer two critical questions: Why after eight years has this young man started killing again? And what does this mean for Sharlah? Once upon a time, Sharlah’s big brother saved her life. Now, she has two questions of her own: is her brother a hero, or a killer? And how much will it cost her new family before they learn the final, shattering truth? Because as Sharlah knows all too well, the biggest danger is the one standing right behind you.

A small town hides big secrets in The Dry

, an atmospheric, captivating debut mystery by award-winning author Jane Harper. After getting a note demanding his presence, Federal Agent Aaron Falk arrives in his hometown for the first time in decades to attend the funeral of his best friend, Luke. Twenty years ago, when Falk was accused of murder, Luke was his alibi. Falk and his father fled under a cloud of suspicion, saved from prosecution only because of Luke’s steadfast claim that the boys had been together at the time of the crime. But now more than one person knows they didn’t tell the truth back then, and Luke is dead.

Amid the worst drought in a century, Falk and the local detective question what really happened to Luke. As Falk reluctantly investigates to see if there’s more to Luke’s death than there seems to be, long-buried mysteries resurface, as do the lies that have haunted them. And Falk will find that small towns have always hidden big secrets.

When a woman’s body is discovered submerged in a crab pot in the chilly waters of Puget Sound, Detective Tracy Crosswhite finds herself with a tough case to untangle. Before they can identify the killer, Tracy and her colleagues on the Seattle PD’s Violent Crimes Section must figure out who the victim is. Her autopsy, however, reveals she may have gone to great lengths to conceal her identity. So who was she running from?

After evidence surfaces that their Jane Doe may be a woman who suspiciously disappeared months earlier, Tracy is once again haunted by the memory of her sister’s unsolved murder. Dredging up details from the woman’s past leads to conflicting clues that only seem to muddy the investigation. As Tracy begins to uncover a twisted tale of brutal betrayal and desperate greed, she’ll find herself risking everything to confront a killer who won’t go down without a deadly fight.

. In the second installment of this series The Nowhere Man

, he delivers a blistering, compelling new novel. Spoken about only in whispers, it is said that when the Nowhere Man is reached by the truly desperate, he can and will do anything to save them.

Evan Smoak is the Nowhere Man. Taken from a group home at twelve, Evan was raised and trained as part of the Orphan program, an off-the-books operation designed to create deniable intelligence assets – i.e. assassins. Evan was Orphan X. He broke with the program, using everything he learned to disappear and reinvent himself as the Nowhere Man. But the new head of the Orphan program hasn’t forgotten about him and is using all of his assets – including the remaining Orphans – to track down and eliminate Smoak.

But this time, the attack comes from a different angle and Evan is caught unaware. Captured, drugged, and spirited off to a remote location, heavily guarded from all approaches. They think they have him trapped and helpless in a virtual cage but they don’t know who they’re dealing with – that they’ve trapped themselves inside that cage with one of the deadliest and most resourceful Orphans.