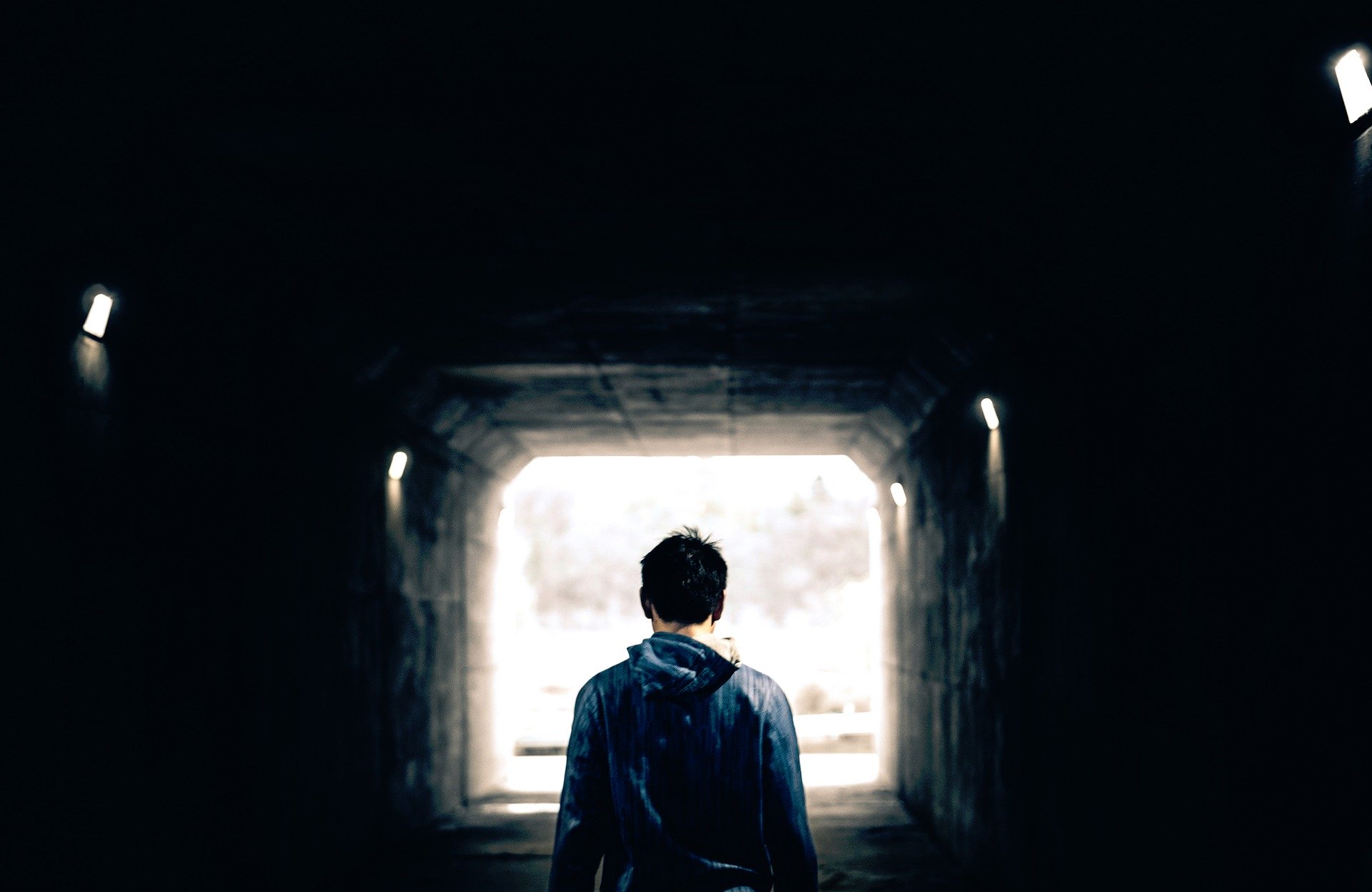 Short fiction by Alex Z. Salinas, author of Blind, has appeared in Every Day Fiction, Zero Flash, 101 Words and Mystery Tribune (see Wrong Order and An Exercise In Futility). He lives in San Antonio, TX.  Blind is a companion piece to “Angels and Elves,” previously published by Mystery Tribune.

I shot the blind old man in his face cuz I was scared they’d do me the same. I screamed at him it’s you or me, I’m sorry God, old man, but this is my life, no one showed me the way, Mom and Pops have been dead these 21 years so I sucked black poison outta the world, became a proud and violent son making thugs in stolen J’s my fathers, and how I landed here on Zarzamora Street, this shithole with strangers with holes in their veins, is beyond me.

I don’t ask questions anymore, don’t pray. I eat the time I have left so it’s go go go. One thing led to the next and my boss Mario tells me, threatened me really, you better take what’s yours—ours—don’t you for a second tolerate an ounce of shit from him, that old fucker who turned my mother away, that devil with God’s tongue passing out His books like a king. You’re gonna punish him right and good tonight, Mario said, his daughter too if she’s around, they’ve had it coming a long time.

I don’t ask questions anymore, don’t pray. I eat the time I have left so it’s go go go.

That’s when I knew, that’s when I knew, Mario was possessed and blood or no blood this was my life, the boys, Zarzamora. The Alamo. The Dome and every murdering piece of shit fighting for breath and scratch cuz it’s them or you, us or you, and the choice is made already. I squeezed the trigger and boom boom, it was done, he was gone, his blind eyes were no longer of the earth.

I jacked all the shit I could from his shelter and busted out running outside, and as I hauled ass I noted the weight in my arms and thought, said to myself, this is the price of life, mine too, hatred serves two masters but one in the same, the wicked and the selfish, nothing matters though, it was me or him, me or him always, God destined it this way, I played my part the best I could.

It snowed crazy like a motherfucker, and damn was it beautiful. For my troubles Mario gave me $200…

Then it snowed. It snowed crazy like a motherfucker, and damn was it beautiful. For my troubles Mario gave me $200 and said, you done good tonight, kid, you made it rain, literally, go and celebrate, build a snowman or some shit, rest up, we got work tomorrow. So I did just that. I stopped by Whataburger and ordered a double and ate it right across from some tired-looking dude who smelled like a cop.

After I finished but before I could do anything stupid I got up outta there and wandered out in the snow. For once that night I cracked a smile, cried a little bit—yes, cried. I remember thinking, the sky cries too, it hurts a lot tonight. It bleeds. It buried every one of us in powder, millions and millions of crystals that looked like falling little stars. God how the stars did fall.