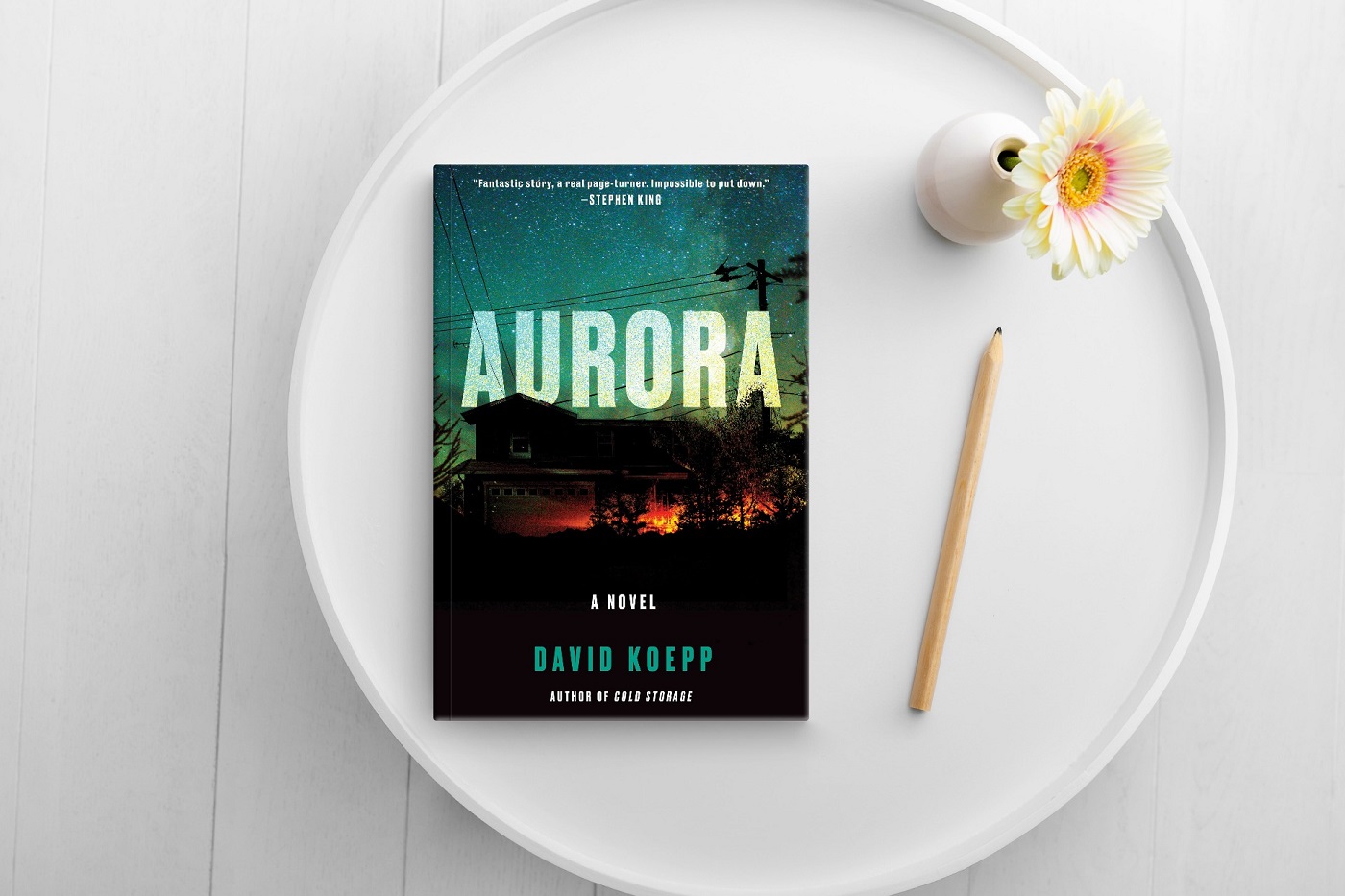 Book of The Day: Aurora By David Koepp

Aurora By David Koepp is “Book of the Day” for June 20, 2022. Mystery Tribune’s “Book of the Day” features hot new releases in crime, mystery and thriller space that have garnered critical acclaim and a rapidly growing legion of fans throughout the world.

This dystopian thriller is a real page-turner and is impossible to put down.

From the author of Cold Storage comes a riveting, eerily plausible thriller, told with the menace and flair of Under the Dome or Project Hail Mary, in which a worldwide cataclysm plays out in the lives of one complicated Midwestern family.

In Aurora, Illinois, Aubrey Wheeler is just trying to get by after her semi-criminal ex-husband split, leaving behind his unruly teenage son.

Then the lights go out—not just in Aurora but across the globe. A solar storm has knocked out power almost everywhere. Suddenly, all problems are local, very local, and Aubrey must assume the mantle of fierce protector of her suburban neighborhood.

Across the country lives Aubrey’s estranged brother, Thom. A fantastically wealthy, neurotically over-prepared Silicon Valley CEO, he plans to ride out the crisis in a gilded desert bunker he built for maximum comfort and security.

But the complicated history between the siblings is far from over, and what feels like the end of the world is just the beginning of several long-overdue reckonings—which not everyone will survive.

Some of the films he’s both written and directed are Stir of Echoes, Secret Window, Ghost Town, and Premium Rush, the latter two co-written with John Kamps. Koepp is also the author of the novel Cold Storage.