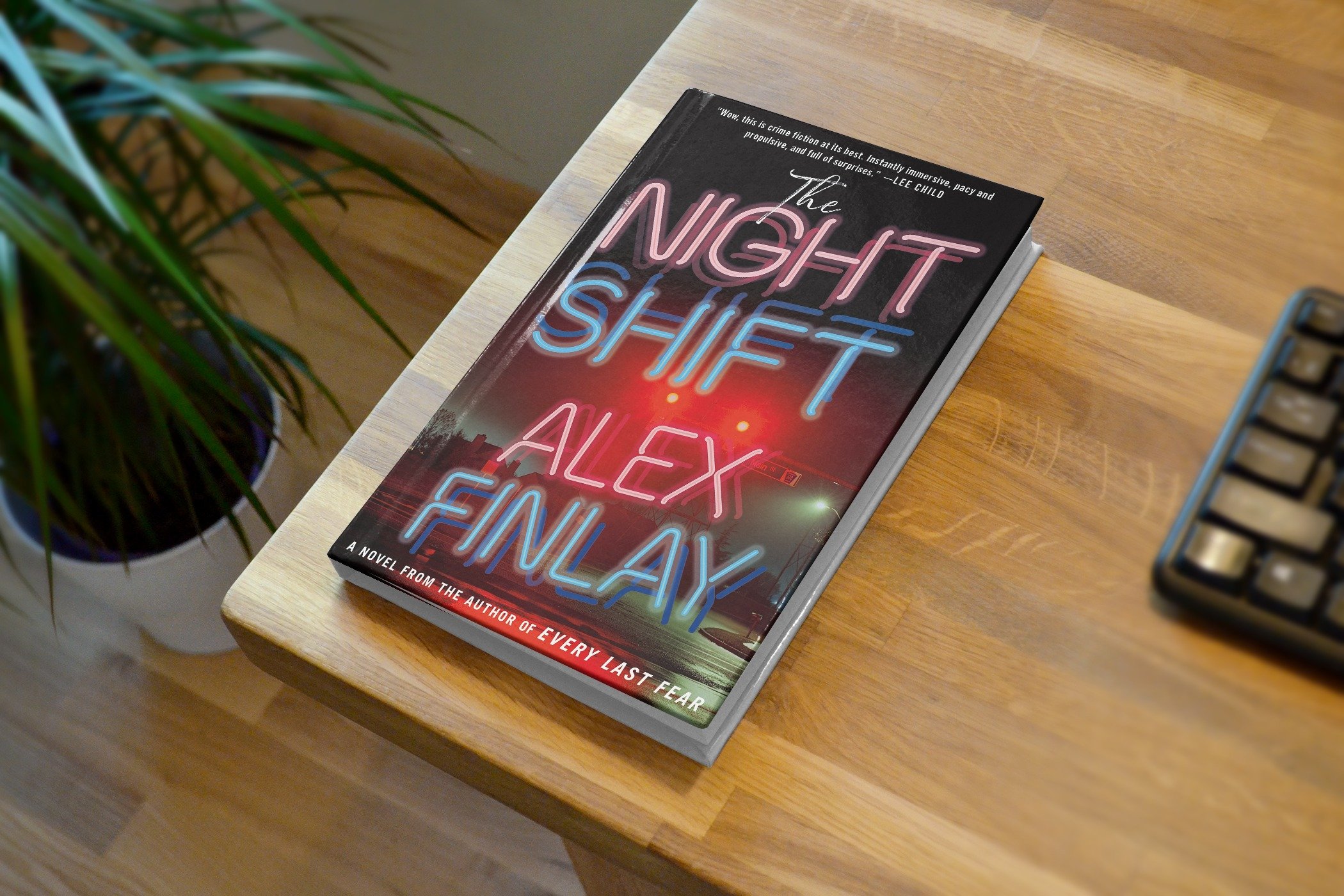 Book of the Day: The Night Shift by Alex Finlay

The Night Shift by Alex Finlay is “Book of the Day” for March 7, 2022. Mystery Tribune’s “Book of the Day” features hot new releases in crime, mystery and thriller space that have garnered critical acclaim and a rapidly growing legion of fans throughout the world.

From the author of the breakout thriller Every Last Fear, Alex Finlay’s electrifying novel The Night Shift is about a pair of small-town murders fifteen years apart—and the ties that bind them (see our review here).

One of the Best or Most Anticipated Books of 2022: Newsweek • PopSugar • E! News • Goodreads • Book Riot • BookBub • The Nerd Daily • SheReads • Novel Suspects • Crime by the Book • London Times

“The night was expected to bring tragedy.” So begins one of the most highly-anticipated thrillers in recent years.

It’s New Year’s Eve 1999. Y2K is expected to end in chaos: planes falling from the sky, elevators plunging to earth, world markets collapsing. A digital apocalypse. None of that happens. But at a Blockbuster Video in New Jersey, four teenagers working late at the store are attacked. Only one inexplicably survives. Police quickly identify a suspect, the boyfriend of one of the victims, who flees and is never seen again.

Fifteen years later, more teenage employees are attacked at an ice cream store in the same town, and again only one makes it out alive.

In the aftermath of the latest crime, three lives intersect: the lone survivor of the Blockbuster massacre who’s forced to relive the horrors of her tragedy; the brother of the fugitive accused, who’s convinced the police have the wrong suspect; and FBI agent Sarah Keller who must delve into the secrets of both nights—stirring up memories of teen love and lies—to uncover the truth about murders on the night shift.

Twisty, poignant, and redemptive, The Night Shift is a story about the legacy of trauma and how the broken can come out on the other side, and it solidifies Finlay as one of the new leading voices in the world of thrillers.