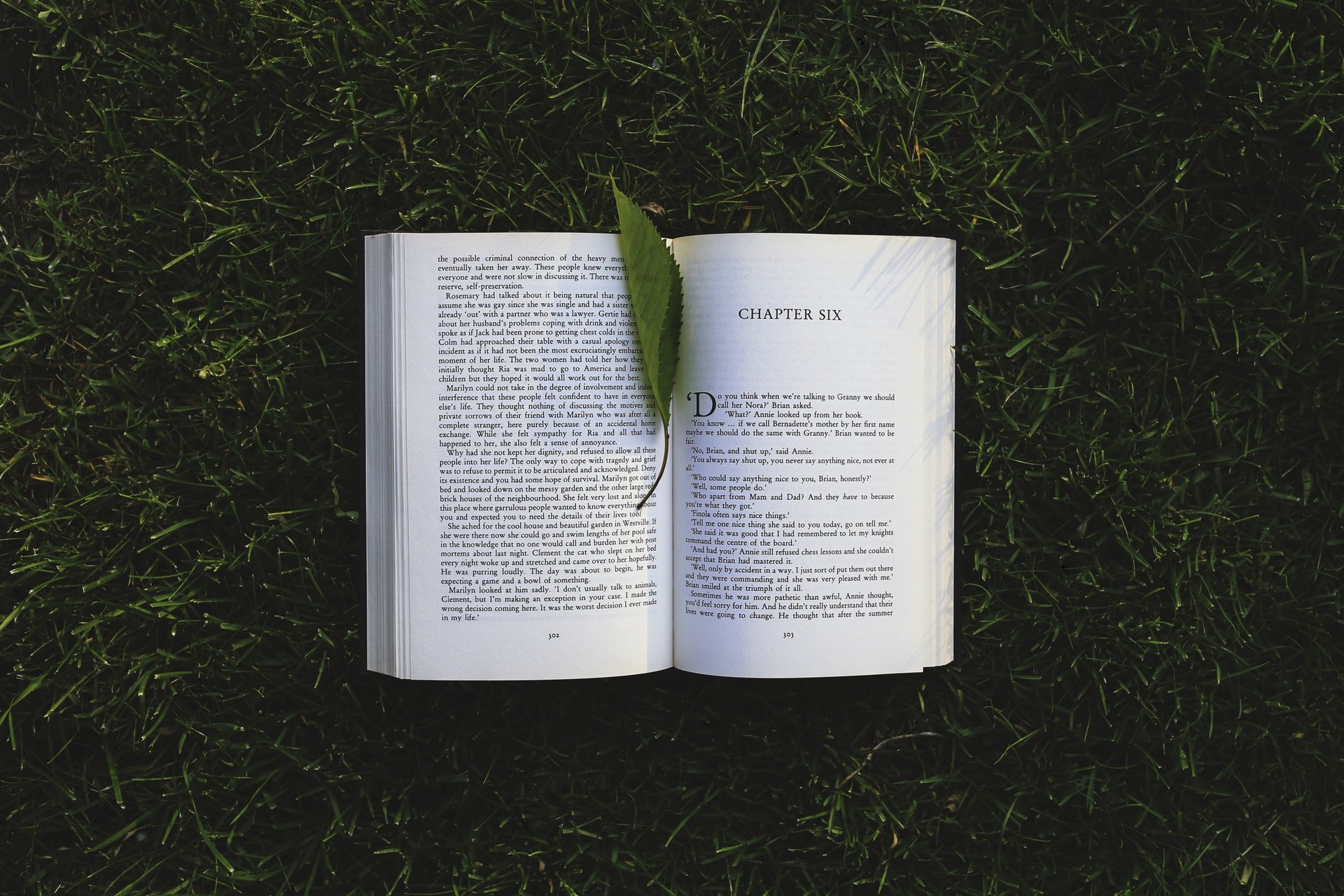 I am a bookseller, publisher, and fan of mystery fiction with eclectic tastes. Here’s what I’m recommending this season:

William Boyle, A Friend Is a Gift You Give Yourself

In the past year, which saw both the publication of a new novel (The Lonely Witness) and the re-issue of his debut (Gravesend), William Boyle has quickly gained a reputation for his bleak, gritty noirs set in the tough Italian enclaves of South Brooklyn.

A native of the borough, the author writes with an intimate knowledge of the place and its people, depicting a life far from distant Manhattan both physically and psychologically, in neighborhoods where the train rattles overhead on elevated tracks, lifelong residents keep daily routines, and a cycle of violence persists, even in an age of waning mafia influence.

Which is precisely where A Friend Is a Gift You Give Yourself begins, opening with two crimes—one minor, one major—that rock Bensonhurst mob life to its core, unleashing a madcap chase from Brooklyn to the Palisades and beyond.

I won’t get into the details too much, but the majority of the novel finds an elderly widow, her granddaughter, and an ex-pornstar fleeing with a trunkful of weapons and cash, pursued at various times by various men, including a geriatric mafioso and a truly terrifying hammer-wielding hitman, all of whom threaten their lives in one way or another.

…the most striking aspect of the novel is the role that memory plays, fusing the characters to the landscape and to each other.

The tense journey that follows is punctuated not only by scenes of graphic violence but by laughs as well, as the book’s hardboiled tone gives way to darkly comic moments. There are more laughs to be found in the expressive, direct, and casually-obscene dialogue that reveals a sharp ear for the patterns of Brooklyn dwellers’ speech.

Above all this, however, the most striking aspect of the novel is the role that memory plays, fusing the characters to the landscape and to each other and pouring forth periodically to inundate the narrative with a lifetime’s worth of experiences, joys, and regrets. Boyle’s characters don’t just come alive on the page—they have lived there as well.

Lauren Wilkinson’s remarkable debut is, first and foremost, an espionage novel, but it is also a hybrid of sorts, not limiting the scope of its story to typical genre constraints. As much a timely meditation on race and American foreign policy as it is a high-stakes narrative of Cold War-era spycraft and international intervention, the book’s various themes form a cohesive whole in the masterfully-crafted protagonist and narrator, Marie Mitchell.

When the story opens in New York, in 1987, Mitchell is a young black FBI agent whose opportunities have been stunted by racism and sexism in the bureau, and who has long grown tired of her dead-end assignment surveilling black radical groups in Harlem.

When she finally gets a new mission, however, she only reluctantly accepts, unable to shake the suspicion that there is something she isn’t being told, something beyond the relatively simple task she is given: to get close with the revolutionary new president of Burkina Faso, seduce him, and gain evidence that, when exposed, will cause him and his Communist ideals to lose the favor of the people, allowing for the election of a new leader aligned with American capitalist interests.

As a spy novel, Wilkinson’s book relishes the more subtle aspects of intelligence…

Simple enough, but the mission becomes much more difficult for Marie after she arrives in Ouagadougou and finds herself sympathizing more with her target’s vision for his country than with that of her employers.

As a spy novel, Wilkinson’s book relishes the more subtle aspects of intelligence: the arts of self-control, dissimulation, and conversation that allow an agent to develop sources and draw useful information from them.

The interiority of our hero is on full display, and, unlike the one-dimensional spies too often encountered in fiction, she draws from a whole lifetime of experiences (as a sister, a daughter, and a black American) to perform her role. Deeply-felt and powerfully-written, this is sure to be one of the most talked-about novels of the season.

The most recent serial killer to stalk the seemingly crime-ridden streets of Stockholm is also the city’s most recent voyeur; the police receive his footage of women undressing, filmed from outside bedroom windows, hours before each victim is discovered dead.

Beyond these untraceable videos, however, there are few clues as to the murderer’s identity, even after the squad’s resident hypnotist questions a witness to one of his crimes. Soon after the second murder, a star cop who faked his suicide years before comes back from the dead to provide his expertise—and this is only the first of many, many unexpected turns taken by the investigation that follows.

…this is the first of Kepler’s books that I’ve read. If the others are even half as good as this one, I will certainly be reading them all.

That being said, the discovery of the killer is every bit as stunning as one might hope.

This is fast-paced, readable fare—the type of writing that makes the hours disappear. Clean and consumable, Kepler’s unflinching prose gives lucid rendering to scenes of suspense, graphic violence, and hand-to-hand combat, elevating the sense of unease or excitement they produce.

This being the fifth novel in the Joona Linna series, there are references made to relationships and storylines that have been developed in previous books, but Stalker can be enjoyed independently of those titles—and I should know, since this is the first of Kepler’s books that I’ve read. If the others are even half as good as this one, I will certainly be reading them all.

The Paragon Hotel’s first mystery is introduced right at the book’s opening: how did Alice James, now nearing death on a train from New York to Portland, end up with a bullet wound, and why did she flee instead of seeking treatment in her hometown? Half of the book sets out to reveal just that, with a series of flashbacks that begin with her upbringing among the Italian mafia in Harlem and follow her descent into a life of crime.

These flashbacks alternate with chapters set in the present, chapters that show James’s arrival and recovery at the Paragon, which, as the only hotel in all of Portland catering to the city’s black residents, proves the perfect place for an out-of-towner on the lam to lay low, even if some of the inhabitants remain suspicious of a white woman in their midst.

And they have reason to be suspicious: at this point in history, Oregon’s statewide Jim Crow laws are still on the books, though constitutional amendments have made them illegal, and the state boasts the largest Ku Klux Klan membership west of the Mississippi. As the most visible target for this racial animosity, the hotel and its staff must be cautious who they let in, and Alice James is, after all, a complete stranger, a woman with no past.

…Faye’s ability to explore them in such a gripping and entertaining novel will surprise only those readers who are new to her excellent work.

But she soon has the opportunity to prove herself when an orphan boy, beloved by the Paragon community and raised largely within its walls, goes missing. Never one to shy from danger, James jumps at the opportunity to earn her keep and find him, and uses the privilege granted by her race to cross boundaries that others in the hotel cannot. The search that follows takes her straight into the heart of a city plagued by racial terror.

The local histories examined by Faye’s narrative have far-reaching implications and an urgency that persists into the present; her ability to explore them in such a gripping and entertaining novel will surprise only those readers who are new to her excellent work.

Rendered in a language that is obsessive in its commitment to historical accuracy, the book lives totally in the period it depicts, making James’ snappy, witty, wisecracking narration all the more enjoyable. This is top-shelf historical suspense.