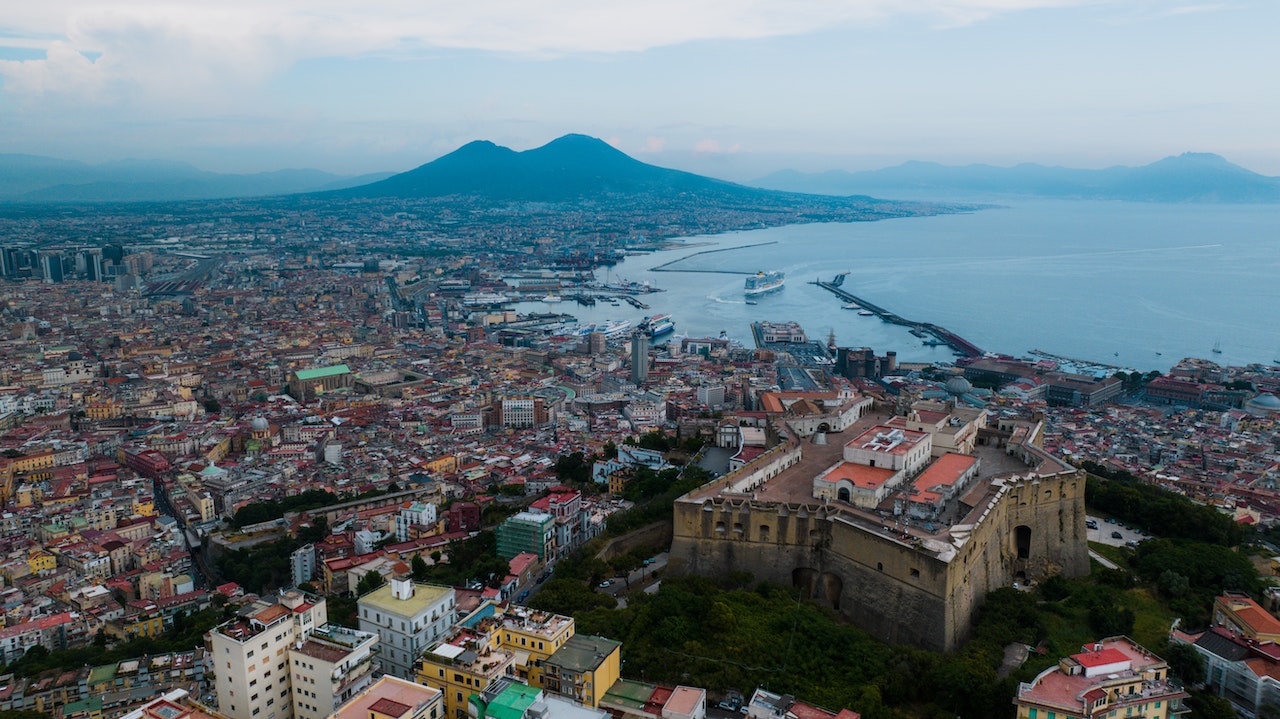 Joshua Wetjen, author of Clean, has previously published short fiction in Opossum, Newfound and Yalobusha Review among other publications.

The Carabiniere sergeant massaged his wife’s legs in their hotel room overlooking the piazza. He pulled from the roundness of her hips down to the balls of her feet as she lay on the exposed sheets of the bed unclothed and on her stomach. The sergeant wished to alleviate the soreness that plagued her after their celebratory afternoon dress shopping on Corso Umberto I.

When the thirteen-year-old boy hired to do the deed saw the sergeant’s face, he felt his gorge rise. It reminded the boy of his deceased grandfather who had raised him until the age of ten on an olive grove north of the city.

After the boy had discharged the round into the sergeant’s skull, the wife covered herself in the sheet streaked with the husband’s blood. The boy took note of her soft chin as well as her dark eyebrows and her pale nakedness as it curved beneath the sheet. She told the boy to rot in hell.

By the time the sergeant’s wife was screaming, the boy had run out of the room and stuffed the bellhop hat, coat and pistol in a putrid garbage chute of the centuries-old hotel, one that had paid host to many politicians, writers and intellectuals who got lightly drunk on champagne in its glittery ballroom at the peak of the city’s romantic glory.

By the time the sergeant’s wife was screaming, the boy had run out of the room and stuffed the bellhop hat, coat and pistol in a putrid garbage chute of the centuries-old hotel…

When the boy got to the lobby, he waved at the clerks, then exited out the front of the building, pushing open the heavy brass-framed doors, earning a doubtful glance from the narrowed eyes of the aging doorman. The boy kept walking with the first hundred Euro bill of the eventual ten he would earn for the deed in his trouser pocket so he could reward himself with a pizza and Coca Cola. Or several pizzas and several Colas.

The boy was so happy to have the money. He was once told he would inherit his grandfather’s olive grove but upon his grandfather’s death, the lawyers appeared and following a stern and obscure round of stentorian speeches, had the boy sign the property to his uncle, who hated him. This had sent the boy to the city where he begged and committed petty theft in the smelly back alleys to survive until a gangster took note of his pluck and offered him a thousand Euros to commit the murder so the sergeant would not deliver the evidence to the municipal government which indicated that the gangster’s boss ran a heroin, perfume and luxury handbag smuggling enterprise that fed many of the families who lived hand-to-mouth in the rundown concrete brutalist apartments outside the city of Naples.

That morning, in the gangster’s apartment, the boy had washed up with fragrant soap and expensive shampoo. The gangster trimmed his hair onto newspaper spread over the bathroom tiles as the sex worker, the only other naked woman the boy had ever seen, fixed her dyed blonde hair in a bun, and smoked by the window before leaving for a cornetto and coffee.

The gangster was an expert in haircutting, and the boy’s hair took on the elegant coif of a football star after he applied pomade. Before handing over the money the gangster told him, “When you’re clean, they don’t ask questions.”

It was the boy’s first murder. The sky was white, and heat came off the dark road as the ornate facades of the buildings blocked the glow of the sun. The boy felt both very clean and very dirty.