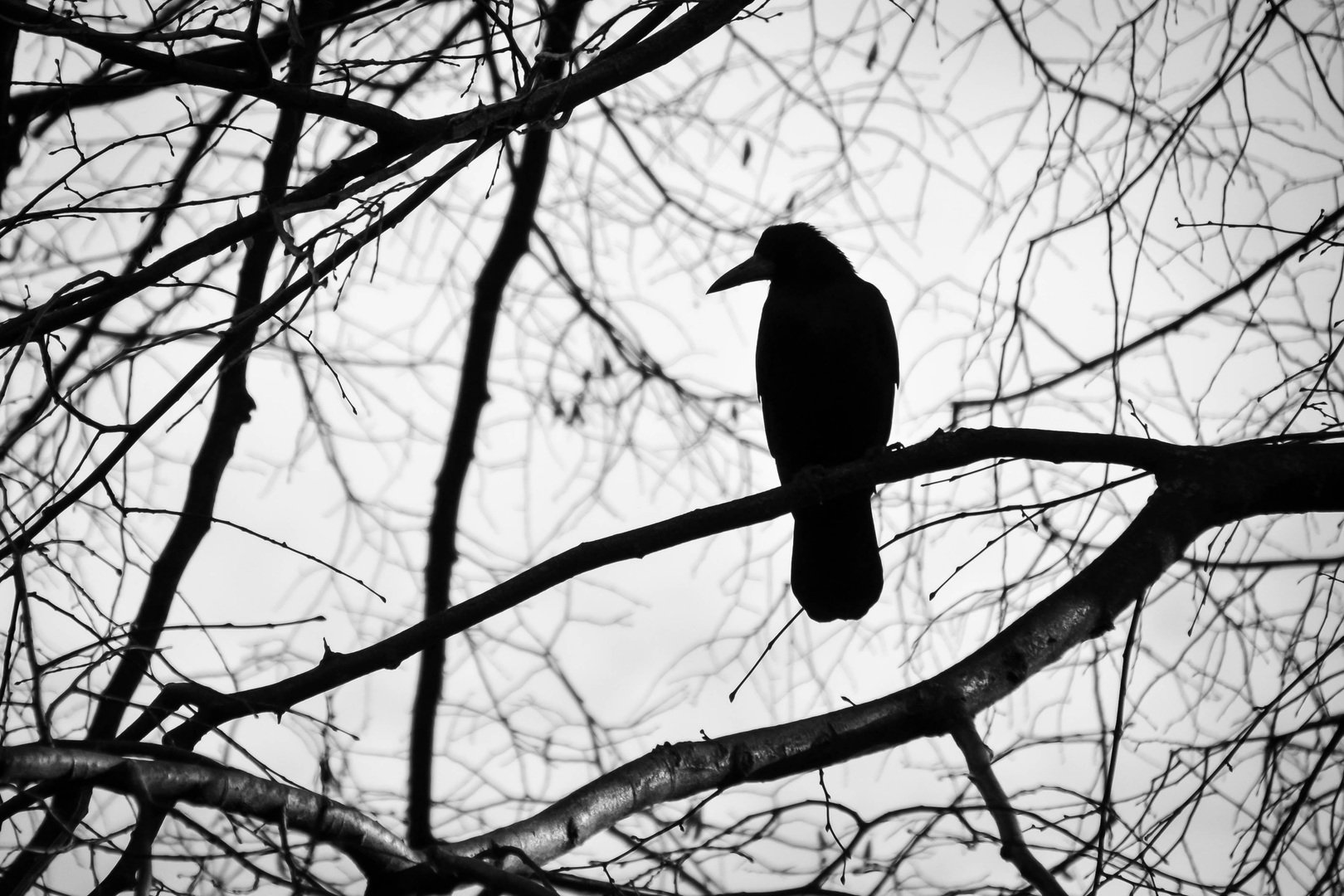 As it’s been customary every year, Mystery Writers of America (MWA) announced the winners for the 2019 Edgar Awards at its annual Gala Banquet (its 73rd), held on April 25, 2019 at the Grand Hyatt Hotel, New York City.

The awards are intended to honor “the best in mystery fiction, non-fiction and television published or produced in 2018.”

What follows is an overview of the winners for different categories (for complete list of nominees, see here).

Down the River Unto the Sea by Walter Mosley (Hachette Book Group – Mulholland).Joe King Oliver was one of the NYPD’s finest investigators, until, dispatched to arrest a well-heeled car thief, he is framed for assault by his enemies within the NYPD, a charge which lands him in solitary at Rikers Island.

A decade later, King is a private detective, running his agency with the help of his teenage daughter, Aja-Denise. Broken by the brutality he suffered and committed in equal measure while behind bars, his work and his daughter are the only light in his solitary life. When he receives a card in the mail from the woman who admits she was paid to frame him those years ago, King realizes that he has no choice but to take his own case: figuring out who on the force wanted him disposed of–and why.

Running in parallel with King’s own quest for justice is the case of a Black radical journalist accused of killing two on-duty police officers who had been abusing their badges to traffic in drugs and women within the city’s poorest neighborhoods.

Joined by Melquarth Frost, a brilliant sociopath, our hero must beat dirty cops and dirtier bankers, craven lawyers, and above all keep his daughter far from the underworld in which he works. All the while, two lives hang in the balance: King’s client’s, and King’s own.

Bearskin by James A. McLaughlin (HarperCollins Publishers – Ecco). Rice Moore is just beginning to think his troubles are behind him. He’s found a job protecting a remote forest preserve in Virginian Appalachia where his main responsibilities include tracking wildlife and refurbishing cabins. It’s hard work, and totally solitary—perfect to hide away from the Mexican drug cartels he betrayed back in Arizona. But when Rice finds the carcass of a bear killed on the grounds, the quiet solitude he’s so desperately sought is suddenly at risk.

More bears are killed on the preserve and Rice’s obsession with catching the poachers escalates, leading to hostile altercations with the locals and attention from both the law and Rice’s employers. Partnering with his predecessor, a scientist who hopes to continue her research on the preserve, Rice puts into motion a plan that could expose the poachers but risks revealing his own whereabouts to the dangerous people he was running from in the first place.

James McLaughlin expertly brings the beauty and danger of Appalachia to life. The result is an elemental, slow burn of a novel—one that will haunt you long after you turn the final page.

If I Die Tonight by Alison Gaylin (HarperCollins Publishers – William Morrow). Late one night in the quiet Hudson Valley town of Havenkill, a distraught woman stumbles into the police station—and lives are changed forever.

Aimee En, once a darling of the ’80s pop music scene, claims that a teenage boy stole her car, then ran over another young man who’d rushed to help.

As Liam Miller’s life hangs in the balance, the events of that fateful night begin to come into focus. But is everything as it seems?

The case quickly consumes social media, transforming Liam, a local high school football star, into a folk hero, and the suspect, a high school outcast named Wade Reed, into a depraved would-be killer. But is Wade really guilty? And if he isn’t, why won’t he talk?

Told from a kaleidoscope of viewpoints—Wade’s mother Jackie, his younger brother Connor, Aimee En and Pearl Maze, a young police officer with a tragic past, If I Die Tonight is a story of family ties and dark secrets—and the lengths we’ll go to protect ourselves.

Tinderbox: The Untold Story of the Up Stairs Lounge Fire and the Rise of Gay Liberation by Robert W. Fieseler (W.W. Norton & Company – Liveright). Buried for decades, the Up Stairs Lounge tragedy has only recently emerged as a catalyzing event of the gay liberation movement. In revelatory detail, Robert W. Fieseler chronicles the tragic event that claimed the lives of thirty-one men and one woman on June 24, 1973, at a New Orleans bar, the largest mass murder of gays until 2016.

Relying on unprecedented access to survivors and archives, Fieseler creates an indelible portrait of a closeted, blue- collar gay world that flourished before an arsonist ignited an inferno that destroyed an entire community. The aftermath was no less traumatic—families ashamed to claim loved ones, the Catholic Church refusing proper burial rights, the city impervious to the survivors’ needs—revealing a world of toxic prejudice that thrived well past Stonewall.

Yet the impassioned activism that followed proved essential to the emergence of a fledgling gay movement. Tinderboxrestores honor to a forgotten generation of civil-rights martyrs.

Classic American Crime Fiction of the 1920s by Leslie S. Klinger (Pegasus Books). American crime writing was reborn in the 1920s. After years of dominance by British authors, new American writers—with fresh ideas about the detective and the mystery—appeared on the scene and rose to heights of popularity not witnessed since the success of the Sherlock Holmes tales in America.

Classic American Crime Writing of the 1920s—including House Without a Key, The Benson Murder Case, The Roman Hat Mystery, Red Harvest, and Little Caesar—offers some of the very best of that decade’s writing. Earl Derr Biggers wrote about Charlie Chan, a Chinese-American detective, at a time when racism was rampant. S. S. Van Dine invented Philo Vance, an effete, rich amateur psychologist who flourished while America danced and the stock market rose.

Each of the five novels included is presented in its original published form, with extensive historical and cultural annotations and illustrations added by Edgar-winning editor Leslie S. Klinger, allowing the reader to experience the story to its fullest. Klinger’s detailed foreword gives an overview of the history of American crime writing from its beginnings in the early years of America to the twentieth century. This gorgeously illustrated volume includes over 100 color and black and white images as well as an introduction by the eminent mystery publisher Otto Penzler.

Otherwood by Pete Hautman (Candlewick Press). “Hatred combined with lies and secrets can break the world.” Grandpa Zach used to say that before he died, but Stuey never really knew what he meant. It was kind of like how he used to talk about quantum physics or how he used to say ghosts haunted their overgrown golf course.

But then one day, after Stuey and his best friend, Elly Rose, spend countless afternoons in the deadfall in the middle of the woods, something totally unbelievable happens.

As Stuey and Elly Rose struggle to come to grips with their lives after that reality-splitting moment, all the things Grandpa Zach used to say start to make a lot more sense.

This is a book about memory and loss and the destructive nature of secrets, but also about the way friendship, truth, and perseverance have the ability to knit a torn-apart world back together.

Sadie by Courtney Summers (Wednesday Books). Sadie hasn’t had an easy life. Growing up on her own, she’s been raising her sister Mattie in an isolated small town, trying her best to provide a normal life and keep their heads above water.

But when Mattie is found dead, Sadie’s entire world crumbles. After a somewhat botched police investigation, Sadie is determined to bring her sister’s killer to justice and hits the road following a few meager clues to find him.

When West McCray—a radio personality working on a segment about small, forgotten towns in America—overhears Sadie’s story at a local gas station, he becomes obsessed with finding the missing girl. He starts his own podcast as he tracks Sadie’s journey, trying to figure out what happened, hoping to find her before it’s too late.

Courtney Summers has written the breakout book of her career. Sadie is propulsive and harrowing and will keep you riveted until the last page.

“The One That Holds Everything” – The Romanoffs, Teleplay by Matthew Weiner & Donald Joh (Amazon Prime Video)

“How Does He Die This Time?” – Ellery Queen Mystery Magazine by Nancy Novick (Dell Magazines)

The Widows of Malabar Hill by Sujata Massey (Soho Press – Soho Crime). Perveen Mistry, the daughter of a respected Zoroastrian family, has just joined her father’s law firm, becoming one of the first female lawyers in India. Armed with a legal education from Oxford, Perveen also has a tragic personal history that makes women’s legal rights especially important to her.

Mistry Law has been appointed to execute the will of Mr. Omar Farid, a wealthy Muslim mill owner who has left three widows behind. But as Perveen examines the paperwork, she notices something strange: all three of the wives have signed over their full inheritance to a charity. What will they live on? Perveen is suspicious, especially since one of the widows has signed her form with an X—meaning she probably couldn’t even read the document.

The Farid widows live in full purdah—in strict seclusion, never leaving the women’s quarters or speaking to any men. Are they being taken advantage of by an unscrupulous guardian? Perveen tries to investigate, and realizes her instincts were correct when tensions escalate to murder. Now it is her responsibility to figure out what really happened on Malabar Hill, and to ensure that no innocent women or children are in further danger.

Inspired in part by the woman who made history as India’s first female attorney, The Widows of Malabar Hill is a richly wrought story of multicultural 1920s Bombay as well as the debut of a sharp new sleuth.

Shell Game by Sara Paretsky (HarperCollins – William Morrow). When V. I Warshawski gets word that her closest friend and mentor Lotty Herschel’s nephew has become a suspect in a murder, the legendary detective will do everything she can to save him. The cops found Felix Herschel’s name and phone number on the unknown victim’s remains, but Felix insists he doesn’t know why.

As Vic digs deeper, she discovers that the dead man was obsessed with Middle Eastern archeology—the first clue in a bewildering case that leads to a stolen artifact and a shadowy network of international criminals. But the trouble multiplies when Vic’s long lost niece, Reno, goes missing. A beautiful young woman with a heartbreaking past and a promising future, Reno is harboring a secret that may cost her her life. V.I. can hear the clock ticking on her niece’s safety and is frantic in her efforts to find her.

Vic won’t leave any stone unturned until these very personal cases are cleared—a complex investigation that will entangle the Russian mob, ISIS backers, rogue ICE agents, a nefarious corporation preying on the poor, and a shady network of stock scams and stolen antiquities stretching from Chicago to the East Indies and the Middle East.

In Shell Game, no one can be trusted and nothing is what it seems, except for the indomitable detective and her thirst for justice.