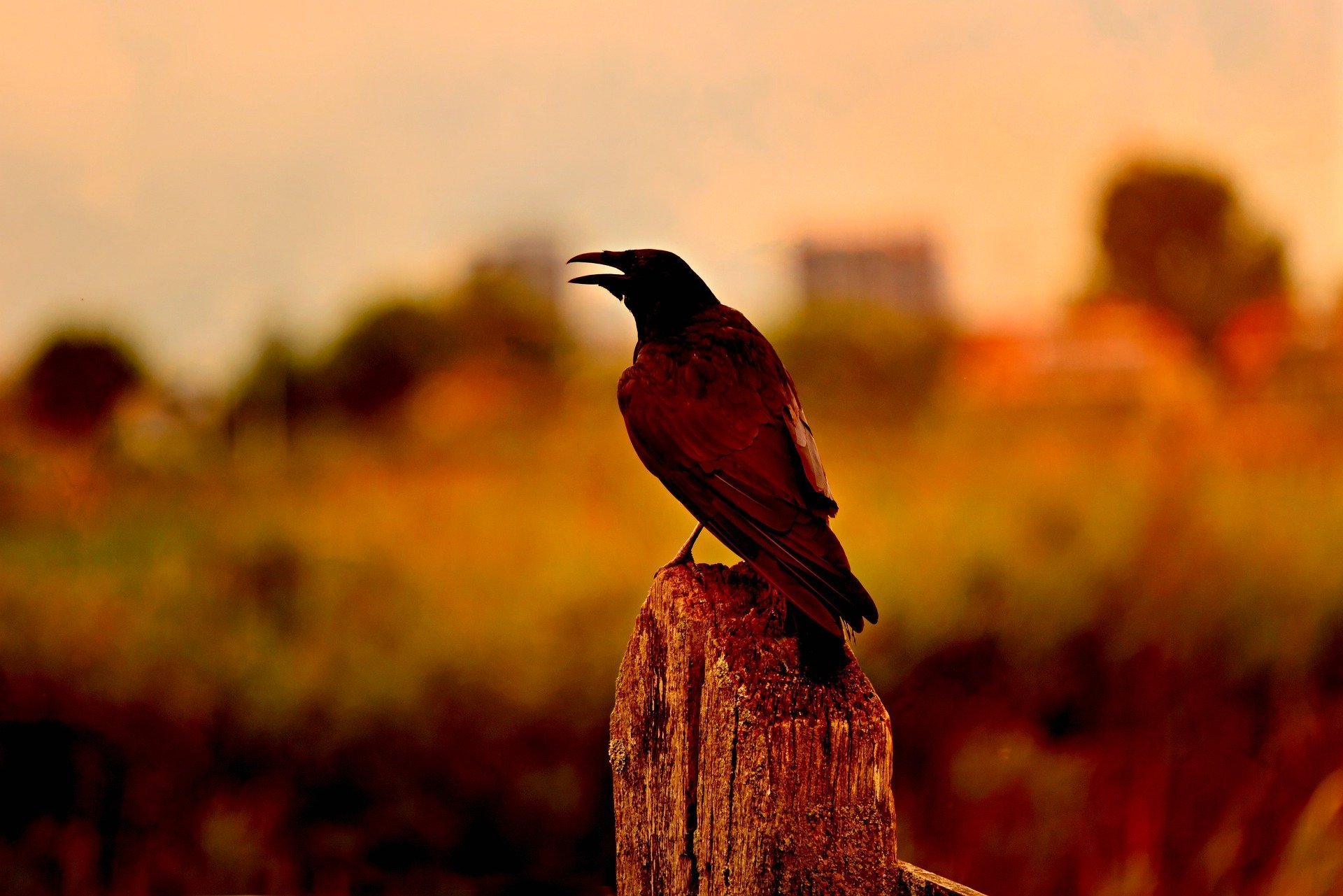 Mystery Writers of America (MWA) announced the winners for the 2020 Edgar Awards differently this year: Due to outbreak of COVID-19, the usual ceremony and annual Gala Banquet in New York City got cancelled and instead the Awards were presented via a live presentation on Twitter.

The awards for this year are intended to honor “the best in mystery fiction, non-fiction and television published or produced in 2019.”

What follows is an overview of the winners for different categories (The winning speeches can be found on MWA’s YouTube channel).

The Stranger Diaries by Elly Griffiths (Houghton Mifflin Harcourt). Clare Cassidy is no stranger to murder. A high school teacher specializing in the Gothic writer R. M. Holland, she even teaches a course on him. But when one of Clare’s colleagues is found dead, with a line from Holland’s iconic story “The Stranger” left by her body, Clare is horrified to see her life collide with her favorite literature.

The police suspect the killer is someone Clare knows. Unsure whom to trust, she turns to her diary, the only outlet for her suspicions and fears. Then one day she notices something odd. Writing that isn’t hers, left on the page of an old diary:

Hallo Clare. You don’t know me. Clare becomes more certain than ever: “The Stranger” has come to terrifying life. But can the ending be rewritten in time?

Miracle Creek by Angie Kim (Farrar Straus and Giroux –Sarah Crichton). How far will you go to protect your family? Will you keep their secrets? Ignore their lies?

In a small town in Virginia, a group of people know each other because they’re part of a special treatment center, a hyperbaric chamber that may cure a range of conditions from infertility to autism. But then the chamber explodes, two people die, and it’s clear the explosion wasn’t an accident.

A powerful showdown unfolds as the story moves across characters who are all maybe keeping secrets, hiding betrayals. Chapter by chapter, we shift alliances and gather evidence: Was it the careless mother of a patient? Was it the owners, hoping to cash in on a big insurance payment and send their daughter to college? Could it have been a protester, trying to prove the treatment isn’t safe?

This mysterious vanishing—and the ones that follow—will brand the lives of three generations. At the root of it all is Asher Sikorsky, the ambitious and ruthless patriarch whose purchase of the hotel in 1931 set a haunting legacy into motion.

His daughter Jeanie sees the Hotel Neversink into its most lucrative era, but also its darkest. Decades later, Asher’s grandchildren grapple with the family’s heritage in their own ways: Len fights to keep the failing, dilapidated hotel alive, and Alice sets out to finally uncover the murderer’s identity.

The Less People Know About Us: A Mystery of Betrayal, Family Secrets, and Stolen Identity by Axton Betz-Hamilton (Hachette Book Group – Grand Central Publishing). Axton Betz-Hamilton grew up in small-town Indiana in the early ’90s. When she was 11 years old, her parents both had their identities stolen. Their credit ratings were ruined, and they were constantly fighting over money. This was before the age of the Internet, when identity theft became more commonplace, so authorities and banks were clueless and reluctant to help Axton’s parents.

Axton’s family changed all of their personal information and moved to different addresses, but the identity thief followed them wherever they went. Convinced that the thief had to be someone they knew, Axton and her parents completely cut off the outside world, isolating themselves from friends and family. Axton learned not to let anyone into the house without explicit permission, and once went as far as chasing a plumber off their property with a knife.

As a result, Axton spent her formative years crippled by anxiety, quarantined behind the closed curtains in her childhood home. She began starving herself at a young age in an effort to blend in–her appearance could be nothing short of perfect or she would be scolded by her mother, who had become paranoid and consumed by how others perceived the family.

Years later, her parents’ marriage still shaken from the theft, Axton discovered that she, too, had fallen prey to the identity thief, but by the time she realized, she was already thousands of dollars in debt and her credit was ruined.

Hitchcock and the Censors by John Billheimer (University Press of Kentucky). Throughout his career, Alfred Hitchcock had to deal with a wide variety of censors attuned to the slightest suggestion of sexual innuendo, undue violence, toilet humor, religious disrespect, and all forms of indecency, real or imagined.

From 1934 to 1968, the Motion Picture Production Code Office controlled the content and final cut on all films made and distributed in the United States. Code officials protected sensitive ears from standard four-letter words, as well as a few five-letter words like tramp and six-letter words like cripes. They also scrubbed “excessively lustful” kissing from the screen and ensured that no criminal went unpunished.

During their review of Hitchcock’s films, the censors demanded an average of 22.5 changes, ranging from the mundane to the mind-boggling, on each of his American films. Code reviewers dictated the ending of Rebecca (1940), absolved Cary Grant of guilt in Suspicion (1941), edited Cole Porter’s lyrics in Stage Fright (1950), decided which shades should be drawn in Rear Window (1954), and shortened the shower scene in Psycho (1960).

In Hitchcock and the Censors, author John Billheimer traces the forces that led to the Production Code and describes Hitchcock’s interactions with code officials on a film-by-film basis as he fought to protect his creations, bargaining with code reviewers and sidestepping censorship to produce a lifetime of memorable films.

Despite the often-arbitrary decisions of the code board, Hitchcock still managed to push the boundaries of sex and violence permitted in films by charming — and occasionally tricking — the censors and by swapping off bits of dialogue, plot points, and individual shots (some of which had been deliberately inserted as trading chips) to protect cherished scenes and images.

By examining Hitchcock’s priorities in dealing with the censors, this work highlights the director’s theories of suspense as well as his magician-like touch when negotiating with code officials.

“One of These Nights,” from Cutting Edge: New Stories of Mystery and Crime by Women Writers by Livia Llewellyn (Akashic Books)

Me and Sam-Sam Handle the Apocalypse by Susan Vaught (Simon & Schuster Children’s Books – Paula Wiseman Books). I could see the big inside of my Sam-Sam. I had been training him for 252 days with mini tennis balls and pieces of bacon, just to prove to Dad and Mom and Aunt Gus and the whole world that a tiny, fluffy dog could do big things if he wanted to. I think my little dog always knew he could be a hero.

I just wonder if he knew about me.

When the cops show up at Jesse’s house and arrest her dad, she figures out in a hurry that he’s the #1 suspect in the missing library fund money case. With the help of her (first and only) friend Springer, she rounds up suspects (leading to a nasty confrontation with three notorious school bullies) and asks a lot of questions.

But she can’t shake the feeling that she isn’t exactly cut out for being a crime-solving hero. Jesse has a neuro-processing disorder, which means that she’s “on the spectrum or whatever.” As she explains it, “I get stuck on lots of stuff, like words and phrases and numbers and smells and pictures and song lines and what time stuff is supposed to happen.” But when a tornado strikes her small town, Jesse is given the opportunity to show what she’s really made of—and help her dad.

Catfishing on CatNet by Naomi Kritzer (Tom Doherty Associates – Tor Teen). Because her mom is always on the move, Steph hasn’t lived anyplace longer than six months. Her only constant is an online community called CatNet—a social media site where users upload cat pictures—a place she knows she is welcome. What Steph doesn’t know is that the admin of the site, CheshireCat, is a sentient A.I.

When a threat from Steph’s past catches up to her and ChesireCat’s existence is discovered by outsiders, it’s up to Steph and her friends, both online and IRL, to save her.

“There’s a Riot Goin’ On,” from Milwaukee Noir by Derrick Harriell (Akashic Books)

The Night Visitors by Carol Goodman (HarperCollins – William Morrow). ALICE gets off a bus in the middle of a snowstorm in Delphi, NY. She is fleeing an abusive relationship and desperate to protect.

OREN, ten years old, a major Star Wars fan and wise beyond his years. Though Alice is wary, Oren bonds nearly instantly with.

MATTIE, a social worker in her fifties who lives in an enormous run-down house in the middle of the woods. Mattie lives alone and is always available, and so she is the person the hotline always calls when they need a late-night pickup. And although according to protocol Mattie should take Alice and Oren to a local shelter, instead she brings them home for the night. She has plenty of room, she says. What she doesn’t say is that Oren reminds her of her little brother, who died thirty years ago at the age of ten.

But Mattie isn’t the only one withholding elements of the truth. Alice is keeping her own secrets. And as the snowstorm worsens around them, each woman’s past will prove itself unburied, stirring up threats both within and without.

Borrowed Time by Tracy Clark ( Kensington Publishing). Sitting in cold cars for hours, serving lowlifes with summonses…being a P.I. means riding out a lot of slow patches. But sometimes the most familiar paths can lead straight to danger—like at Cass’s go-to diner, where new delivery guy Jung Byson wants to enlist her expertise. Jung’s friend, Tim Ayers, scion of a wealthy Chicago family, has been found dead, floating in Lake Michigan near his luxury boat. And Jung is convinced there’s a murderer on the loose . . .

Cass reluctantly begins digging only to discover that Jung neglected to mention one crucial fact: Tim Ayers was terminally ill. Given the large quantities of alcohol and drugs found in his body, Ayers’ death appears to be either an accident or suicide. Yet as much as Cass would like to dismiss Jung’s suspicions, there are too many unanswered questions and unexplained coincidences.

Why would anyone kill a dying man? Working her connections on both sides of the law, Cass tries to point the police in the right direction. But violence is escalating around her, and Cass’s persistence has already attracted unwanted attention, uncovering sinister secrets that Cass may end up taking to her grave.