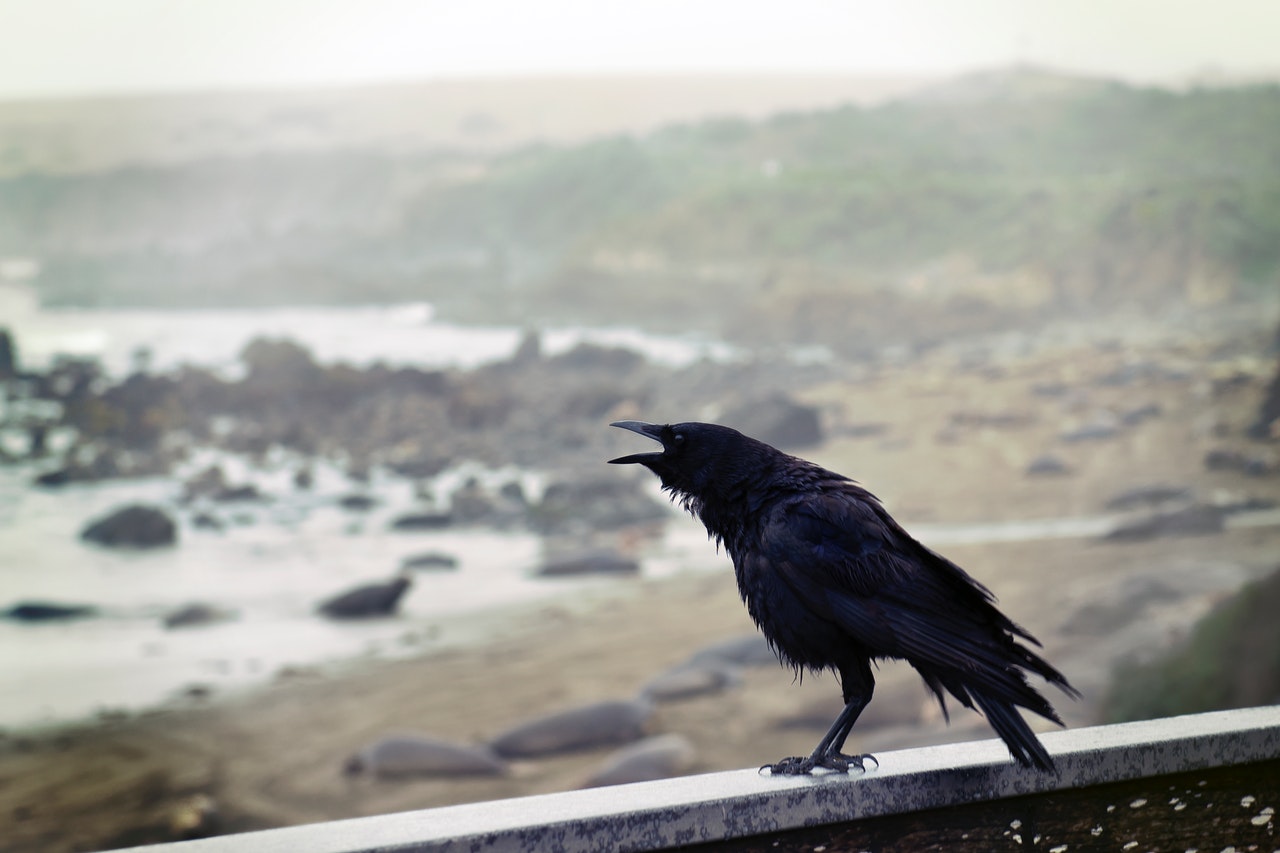 Mystery Writers of America recently announced the Winners for the 2022 Edgar Allan Poe Awards, honoring the best in mystery fiction, non-fiction and television published or produced in 2021. The Edgar® Awards were presented at the New York Marriott Marquis Times Square on Thursday April 28, 2022.

You can check out the full livestream video of the event below:

The winners for this year are as follow (For the list of nominees and the synopsis for the books, see here):

December 1941. America teeters on the brink of war, and in Honolulu, Hawaii, police detective Joe McGrady is assigned to investigate a homicide that will change his life forever. Because the trail of murder he uncovers will lead him across the Pacific, far from home and the woman he loves; and though the U.S. doesn’t know it yet, a Japanese fleet is already steaming toward Pearl Harbor.

This extraordinary novel is so much more than just a gripping crime story—it’s a story of survival against all odds, of love and loss and the human cost of war. Spanning the entirety of World War II, FIVE DECEMBERS is a beautiful, masterful, powerful novel that will live in your memory forever.

It’s the opening weekend of deer season in Gunthrum, Nebraska, in 1985, and Alma Costagan’s intellectually disabled farmhand, Hal Bullard, has gone hunting with some of the locals, leaving her in a huff.

That same weekend, a teenage girl goes missing, and Hal returns with a flimsy story about the blood in his truck and a dent near the headlight. When the situation escalates from that of a missing girl to something more sinister, Alma and her husband are forced to confront what Hal might be capable of, as rumors fly and townspeople see Hal’s violent past in a new light.

A drama about the complicated relationships connecting the residents of a small-town farming community, Deer Season explores troubling questions about how far people will go to safeguard the ones they love and what it means to be a family.

July 1973. The Glasgow drug trade is booming and Bobby March, the city’s own rock star hero, has just overdosed in a central hotel. But even that tragedy competes for headlines with the story of a thirteen-year-old girl who’s gone missing. As Det. Harry McCoy knows only too well, every hour that goes by makes the Alice Kelly case more of a lost cause.

Meanwhile, the niece of McCoy’s boss has fallen in with a bad crowd and when she goes missing, McCoy is asked—off the books—to find her. McCoy has a hunch that there’s a connection between these events. But time to prove it is running out, the papers are out for blood, and the department wants results fast. Justice must be served.

The third novel in the acclaimed Harry McCoy series combines a “breathless and tense retro crime caper” with a pitch-perfect depiction of 1970s Glasgow—its music, hard men, political infighting, class divisions, and the moral questions at its heart (The Sun, UK).

The gripping true story, told here for the first time, of the Last Call Killer and the gay community of New York City that he preyed upon.

The Townhouse Bar, midtown, July 1992: The piano player seems to know every song ever written, the crowd belts out the lyrics to their favorites, and a man standing nearby is drinking a Scotch and water. The man strikes the piano player as forgettable.

He looks bland and inconspicuous. Not at all what you think a serial killer looks like. But that’s what he is, and tonight, he has his sights set on a gray haired man. He will not be his first victim.

Nor will he be his last.

The Last Call Killer preyed upon gay men in New York in the ‘80s and ‘90s and had all the hallmarks of the most notorious serial killers. Yet because of the sexuality of his victims, the skyhigh murder rates, and the AIDS epidemic, his murders have been almost entirely forgotten.

This gripping true-crime narrative tells the story of the Last Call Killer and the decades-long chase to find him. And at the same time, it paints a portrait of his victims and a vibrant community navigating threat and resilience.

The Twelve Lives of Alfred Hitchcock: An Anatomy of the Master of Suspense by Edward White (W.W. Norton & Company)

In The Twelve Lives of Alfred Hitchcock, Edward White explores the Hitchcock phenomenon – what defines it, how it was invented, what it reveals about the man at its core, and how its legacy continues to shape our cultural world.

The book’s 12 chapters illuminate different aspects of Hitchcock’s life and work: “The Boy Who Couldn’t Grow Up”, “The Murderer”, “The Auteur”, “The Womanizer”, “The Fat Man”, “The Dandy”, “The Family Man”, “The Voyeur”, “The Entertainer”, “The Pioneer”, “The Londoner”, and “The Man of God”. Each of these angles reveals something fundamental about the man he was and the mythological creature he has become, presenting not just the life Hitchcock lived, but also the various versions of himself that he projected and those projected on his behalf.

White’s portrayal illuminates a vital truth: Hitchcock was more than a Hollywood titan; he was the definitive modern artist, and his significance reaches far beyond the confines of cinema.

Whatever her name is, it won’t last long. Katrina doesn’t know any of the details about her past, but she does know that she and her parents are part of the Witness Protection Program. Whenever her parents say they have to move on and start over, she takes on a new identity. A new name, a new hair color, a new story.

Until their location leaks and her parents disappear. Forced to embark on a dangerous rescue mission, Katrina and her new friend Parker set out to save her parents—and find out the truth about her secret past and the people that want her family dead.

But every new discovery reveals that Katrina’s entire life has been built around secrets covered up with lies and that her parents were actually the ones keeping the biggest secret of all. Katrina must now decide if learning the whole truth is worth the price of losing everything she has ever believed about herself and her family.

Eighteen-year-old Daunis Fontaine has never quite fit in, both in her hometown and on the nearby Ojibwe reservation. She dreams of a fresh start at college, but when family tragedy strikes, Daunis puts her future on hold to look after her fragile mother. The only bright spot is meeting Jamie, the charming new recruit on her brother Levi’s hockey team.

Yet even as Daunis falls for Jamie, she senses the dashing hockey star is hiding something. Everything comes to light when Daunis witnesses a shocking murder, thrusting her into an FBI investigation of a lethal new drug.

Reluctantly, Daunis agrees to go undercover, drawing on her knowledge of chemistry and Ojibwe traditional medicine to track down the source. But the search for truth is more complicated than Daunis imagined, exposing secrets and old scars. At the same time, she grows concerned with an investigation that seems more focused on punishing the offenders than protecting the victims.

Now, as the deceptions—and deaths—keep growing, Daunis must learn what it means to be a strong Anishinaabe kwe (Ojibwe woman) and how far she’ll go for her community, even if it tears apart the only world she’s ever known.

Chicago, 1944: Twenty-year-old Aki Ito and her parents have just been released from Manzanar, where they have been detained by the US government since the aftermath of Pearl Harbor, together with thousands of other Japanese Americans. The life in California the Itos were forced to leave behind is gone; instead, they are being resettled two thousand miles away in Chicago, where Aki’s older sister, Rose, was sent months earlier and moved to the new Japanese American neighborhood near Clark and Division streets. But on the eve of the Ito family’s reunion, Rose is killed by a subway train.

Aki, who worshipped her sister, is stunned. Officials are ruling Rose’s death a suicide. Aki cannot believe her perfect, polished, and optimistic sister would end her life. Her instinct tells her there is much more to the story, and she knows she is the only person who could ever learn the truth.

Chicago in the dead of winter can be brutal, especially when you’re scouring the frigid streets for a missing girl. Fifteen-year-old Ramona Titus has run away from her foster home. Her biological mother, Leesa Evans, is a recovering addict who admits she failed Ramona often in the past. But now she’s clean. And she’s determined to make up for her mistakes—if Cass can only help her find her daughter.

Cass visits Ramona’s foster mother, Deloris Poole, who is also desperate to bring the girl home. Ramona came to Deloris six months ago, angry and distrustful, but was slowly opening up. The police are on the search, but Cass has sources closer to the streets, and a network of savvy allies. Yet it seems Ramona doesn’t want to be found. And Cass soon begins to understand why.

Ramona is holding secrets dark enough to kill for, and anyone who helps her may be fair game. And if Ramona can’t run fast enough and hide well enough to keep the truth safe, she and Cass may both be out of time.

The Edgar Awards, or “Edgars,” as they are commonly known, are named after MWA’s patron saint Edgar Allan Poe and are presented to authors of distinguished work in various categories. MWA is the premier organization for mystery writers, professionals allied to the crime-writing field, aspiring crime writers, and those who are devoted to the genre. The organization encompasses some 3,000 members including authors of fiction and non-fiction books, screen and television writers, as well as publishers, editors, and literary agents.