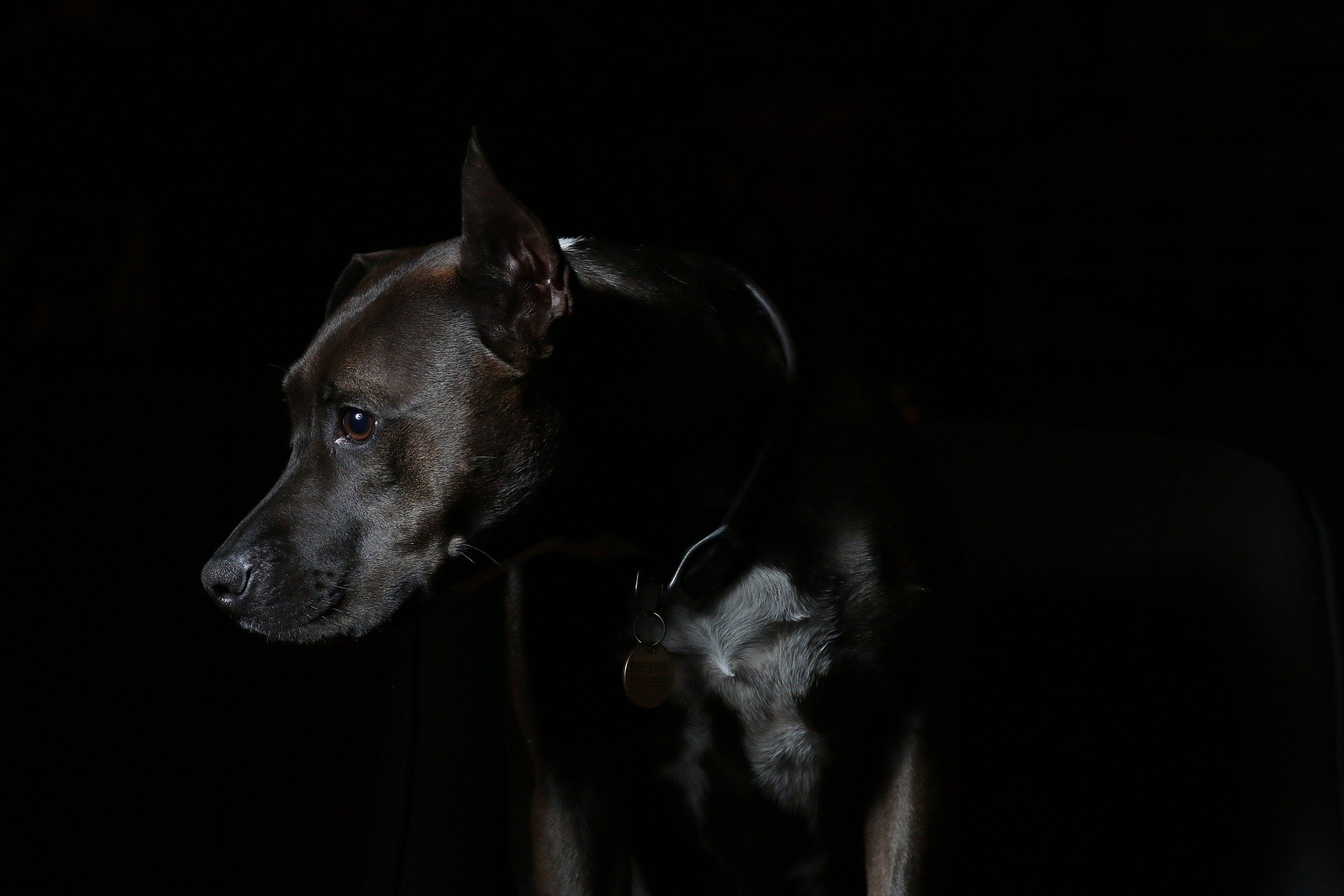 Margot Douaihy, PhD, is the author of “Scranton Lace” and “Girls Like You,” both published by Clemson University Press. Her true crime poetry project, “Bandit Queen: The Runaway Story of Belle Starr,” is forthcoming with Clemson University Press. Douaihy’s work has been featured in PBS NewsHour, The Colorado Review, The Madison Review, North American Review, The Tahoma Review, The Wisconsin Review, and The Petigru Review. She is the editor of the Northern New England Review.

Everybody has a story about Lark Miller. His electric white hair. His glass eye. His nine rescue dogs. His miracle cures. Lark was a New Age celebrity. That’s saying a lot for Northampton.

But no one has seen Lark Miller for 391 days and five hours. You might wonder how I know this with such specificity, but details are critical in my line of work. I’m a groundskeeper, or as I think of it, a groundscarer. I care for everything on Lark’s retreat—every blade of grass, each dogwood blossom. I give extra care to his pond, checking pH levels, battling algae blooms, pulling out trash and foreign bodies. It’s a small pond, shaped like an eye, but it’s perfect for taking the rowboat out and floating in the quiet center.

I met Lark two years ago when I was at UMass. Adjuncting. Grading 80 biology reports every week “written” by freshman was agony. Gardening, composting, being a handy-lady—it was an absolute delight by comparison. When I saw that Northampton’s wellness retreat, run by the world-famous hypnotist Lark Miller, needed a groundkeeper, I applied. Of course.

Before Lark said hello, he hugged me, his eyes dancing up at the edges behind his black-frame glasses.

When I arrived at the retreat for my interview, I was astonished. Meticulous moss carpets. Elegant hyacinth. Cultivated pond rush. It was like he had enchanted the landscape.

Before Lark said hello, he hugged me, his eyes dancing up at the edges behind his black-frame glasses. His nine dogs in a tight line behind him. I kept my wits about me. Townspeople said he charmed women while they were under his spell. He didn’t mess with anyone physically, they said, but he brainwashed women—Pauline, Martha, Tammy—into leaving everything to him in hastily written wills.

Townspeople also said his nine dogs were actually half wolf, but Lark Miller saved them from being put down. Just hour before they were all set to be gassed, Lark marched into that kill shelter in Shelburne and broke the poor creatures free. These half-wolves graduated from feral to tame in two days. They were so relaxed when I met them—nuzzling me, nipping at each other’s ears, loving my warm hands on their lean, needy bodies.

Townspeople also said his nine dogs were actually half wolf, but Lark Miller saved them from being put down.

It was obvious that he had hypnotized them. Lark walked through Northampton with the nine dogs as one single-file being—to the library lawn, the herbalist, and Haymarket for a kale smoothie. The dogs moved only when he instructed, like his marionettes.

As the heat thickens and the dogs raced to the pond’s edge, it’s easy to forget the brutal winters here. Lush pines and peach trees. Shadows dripped along the rail tail. Light spilled through the lattice of red leaves as I sat on the dock eating my peanut-butter sandwich and sipping tea from my thermos (hot beverages cool the body in the summer). I listened to the cicadas, tried to imagine their hiding spots in the neon green grass, their songs everywhere and nowhere, like a ghost chorus. When the water was still, I liked to lay on the dock, one ear pressed to the wood, imagining what hungers stir below.

A silent world inside the water, like the slow-beating heart of a body. The moon incandescent, yellow as wolf eyes. My folks were relieved when I started working here. Worked so much I practically moved in. I’d crawl into an empty guest cabin and sleep when I worked too late. Dad was proud. Said I finally seemed anchored.

It was usually like that at the retreat, always a project, but peaceful. Except the handful of times an angry family member pounded the doors in the dead of the night for answers. They hammered the door, screaming, “DAMN YOU LARK MILLER!” Men—always men—accused Lark of manipulating a wife, a mother, a sister, an aunt.

The day Lark went missing, the dogs whined. Oh, did they whimper. One found me as I sat on the dock. She licked my hand, led me to the bottom of the old gravel pit where I found Lark’s wallet and phone.

Police swept the forest with their sticks and human chain. They dredged the pond, too. But nothing was found except the wedding ring of Lark’s client, Martha Thompson. She vanished five years ago, before I started working here. Her son, Billy Thompson, was one of those angry fists on the door in the inky night, accusing Lark of tearing Martha from the family, and killing her so Lark would inherit her great fortune.

Police swept the forest with their sticks and human chain. They dredged the pond, too. But nothing was found except the wedding ring of Lark’s client, Martha Thompson.

Lark told me a pond is defined by how much light it can hold.

“Light can reach all the way to the bottom,” he said with an easy smile, “that’s what makes it a pond rather than a lake.”

What if people were like that, if light touched every inch of our bodies? Where would we hide?

Martha wasn’t tricked. She fell in love with Lark, and he loved her. I read their texts—hundreds of messages—after finding his phone. Their love unfolded slowly, like a crocus opening at twilight.

Lark Miller didn’t take Martha. The dogs did. They ate as much of her body as they could. The rest was carefully hidden. The femur under the lilac. The skull buried behind the limelight hydrangea. They were hypnotized, sure, but can we ever squeeze out that last drop of wild blood? My sense is when they saw Lark—the man who saved them, who needed them, who gave them a home—falling in love with Martha, they moved in, together.

Her body inside nine bodies. I suspect that if Police searched Billy Thompson’s truck, they would find Lark’s glass eyeball rolling around his glovebox. But he’s long gone.

Or, maybe it was somebody else that did him in. Someone that wanted to free the dogs—let them be their true, wild selves.

Now I care for the dogs. Rather, the dogs care for me.