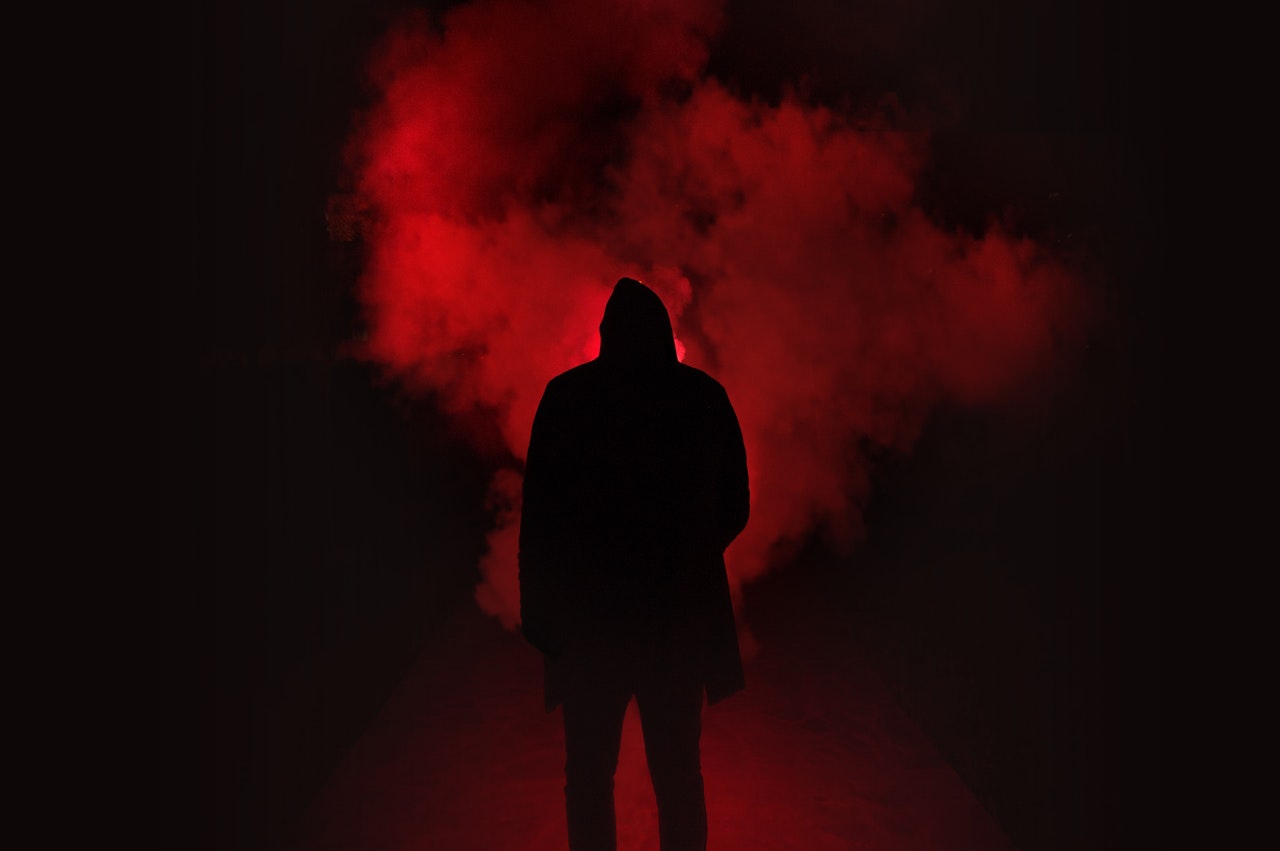 Cover Reveal And Excerpt: A Strange Habit of Mind By Andrew Klavan

Mystery Tribune is pleased to reveal the cover for “A Strange Habit of Mind: A Cameron Winter Mystery”, the upcoming Andrew Klavan novel, published by Mysterious Press (October 25, 2022).

In A Strange Habit of Mind, English professor and ex-spy Cameron Winter confronts a Big Tech billionaire to solve the suspicious suicide of a former student.

The world of Big Tech is full of eccentric characters, but shamanic billionaire Gerald Byrne may be the strangest of the bunch. The founder of Byrner, a global social media platform, Byrne is known for speaking with vague profundity and for dabbling in esoteric spiritual practices; he wears his hair in a long black ponytail to reveal a large flower tattooed on his neck; he’s universally admired as a visionary, a philanthropist, and a devoted husband and father. And every person who gets in the way of his good work seems to die. 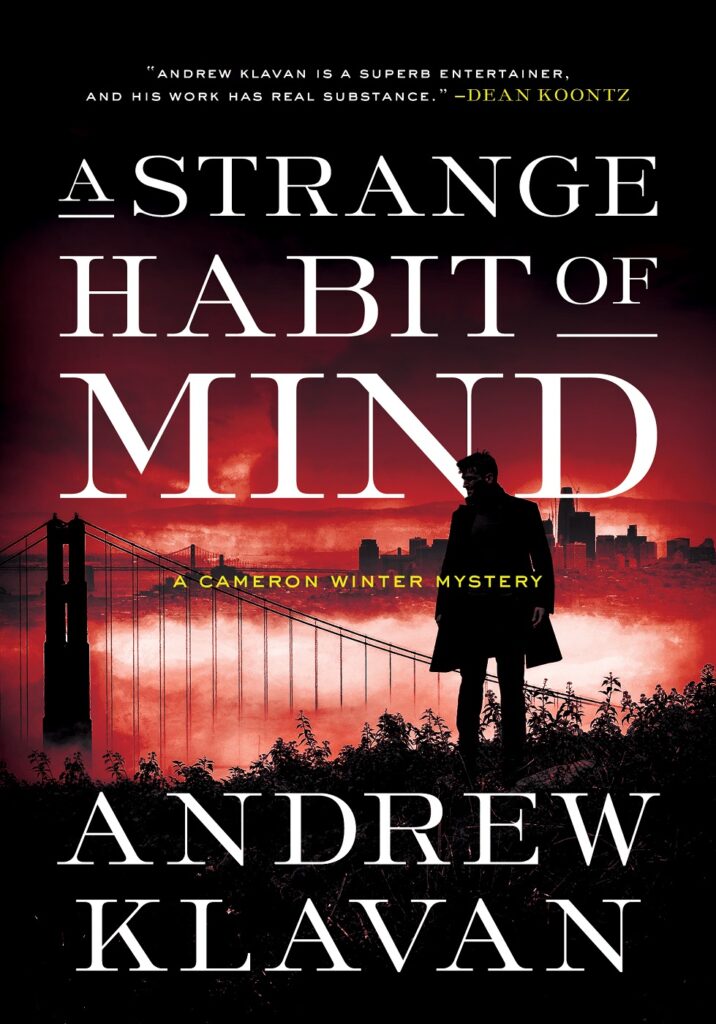 When a former student commits suicide, English professor and ex-spy Cameron Winter takes it upon himself to understand why. The young man was expelled from the university in an unfortunate episode that left Winter sympathetic to his plight; after a prolonged silence, he reached out to his teacher with two words just before taking the fatal plunge from the roof of his San Francisco apartment: “Help me.”

Winter has what he calls “a strange habit of mind”—the ability to imagine himself into a crime scene, to reconstruct it mentally and play through various possible causes and outcomes to understand exactly what took place. When he applies this exercise to Adam Kemp’s desperate final moments, he discovers a troubling inconsistency. And when he learns that Kemp was in a tumultuous relationship with Gerald Byrne’s niece, he begins to suspect that the suicide was the result of a carefully-engineered plot, put in motion by the powerful businessman.

Featuring the tough-but-learned protagonist from 2021’s When Christmas Comes, A Strange Habit of Mind is a thrilling mystery set in the cutthroat world of tech money and tech influence, where unchecked fortunes produce unstoppable power for a lawless few.

What follows is an excerpt from this new Cameron Winter mystery:

Help me, he wrote. Then after that—nothing.

The music and the lights from the clubs below pulsed through the walls and windows as he lay despairing. The throbbing bass lines, the pounding melodies seemed to lend an aura of hostility to the shifting flashes of white and red and yellow that bathed the shadows all around him.

Somewhere out in the world, he knew, women were dancing. Their shapes electric. Their movements sinuous. Their nakedness-in-motion setting off a spark of life in the dead eyes of the men watching them from their stations at the bar.

Sprawled on the sweaty bedsheets, he peered dully at the words he had tapped onto the text screen of his phone.

Was there any point in pressing send? Would the man receive it? Would he answer the call? Would he come? And, if he came, could he save him? How could he? How could anyone save him?

Adam’s thumb caressed the button that would dispatch his words into the ether. It would be like praying, he thought. Useless, like praying. What was the point?

But he never answered that question. He never made a conscious decision at all. He just pressed the button on impulse and off went the message into the empty air.

For some reason, sending the text gave him a burst of fresh energy. He rolled off the bed and walked to the window. He stood staring down at the broad boulevard three stories below. The music from the strip clubs hammered against his chest. The lights from the signs flashed on his face.

For a second, he dared to entertain a little hope; a little. His message had been sent—sent to the one man who had ever done a decent thing for him, or tried to. Maybe the man would come. Maybe he would find a way to help him. It could happen.

But the very next moment even that little hope was gone.

A car had come into view from his left. It moved slowly in the heavy traffic beneath the blinking strip club signs. It was a fine silver car, a sleek Tesla 3. A car he knew well. How he’d loved it once. Its sharp lines seemed slashed out of living metal. It looked like some so-cool rocket from the future smoking into this present darkness. He could remember sitting in the passenger seat, awe-struck at the interior quiet and the dazzling dashboard array. “Wow! Wow!” he had murmured—partly to flatter the proud driver, sure, but partly because—wow. Wow.

Adam gazed sickly down at the car. He swallowed bile. The car was Death. It was his death, coming for him. Rolling with slow certainty through the traffic, nearer and nearer.

It was the answer to his texted prayer: Help me. It was the name in which he had put what little faith he had. Cameron Winter.

Adam made a little whining noise as the terror and inevitability of what was about to happen engulfed him again. He shuddered helplessly. Now, in a trance of fear, he turned from the window and walked directly to the apartment door and then directly out. He went to the end of the hall, into the stairwell, still in a trance. He climbed up the fire stairs. Pushed through the heavy door at the top. Stepped out onto the roof.

He was barefoot. He was wearing nothing but jeans and a soiled orange T-shirt. It was cold out here, really cold, but he didn’t care. He didn’t think to care. He couldn’t feel the cold. He couldn’t feel anything, neither regret nor simple sorrow. He didn’t even know that he was weeping now, the tears streaming down his cheeks as he reached the edge of the roof and stepped up onto the low ledge at the border of it.

Crying, he glanced up briefly at the sky. The city lights had washed it clean of stars. It was just blue-blackness. Blue-black emptiness above and the flashing signs below.

What a crap life he was ending. Maybe it was just as well he missed the final, unpleasant irony of it: the fact that as he stepped off the ledge, as he plummeted sick with misery past his apartment window toward the unforgiving pavement, his phone—the phone he had left lying on the bedsheets—was buzzing, the name of the caller appearing on the screen.

It was the answer to his texted prayer: Help me.

It was the name in which he had put what little faith he had. Cameron Winter.