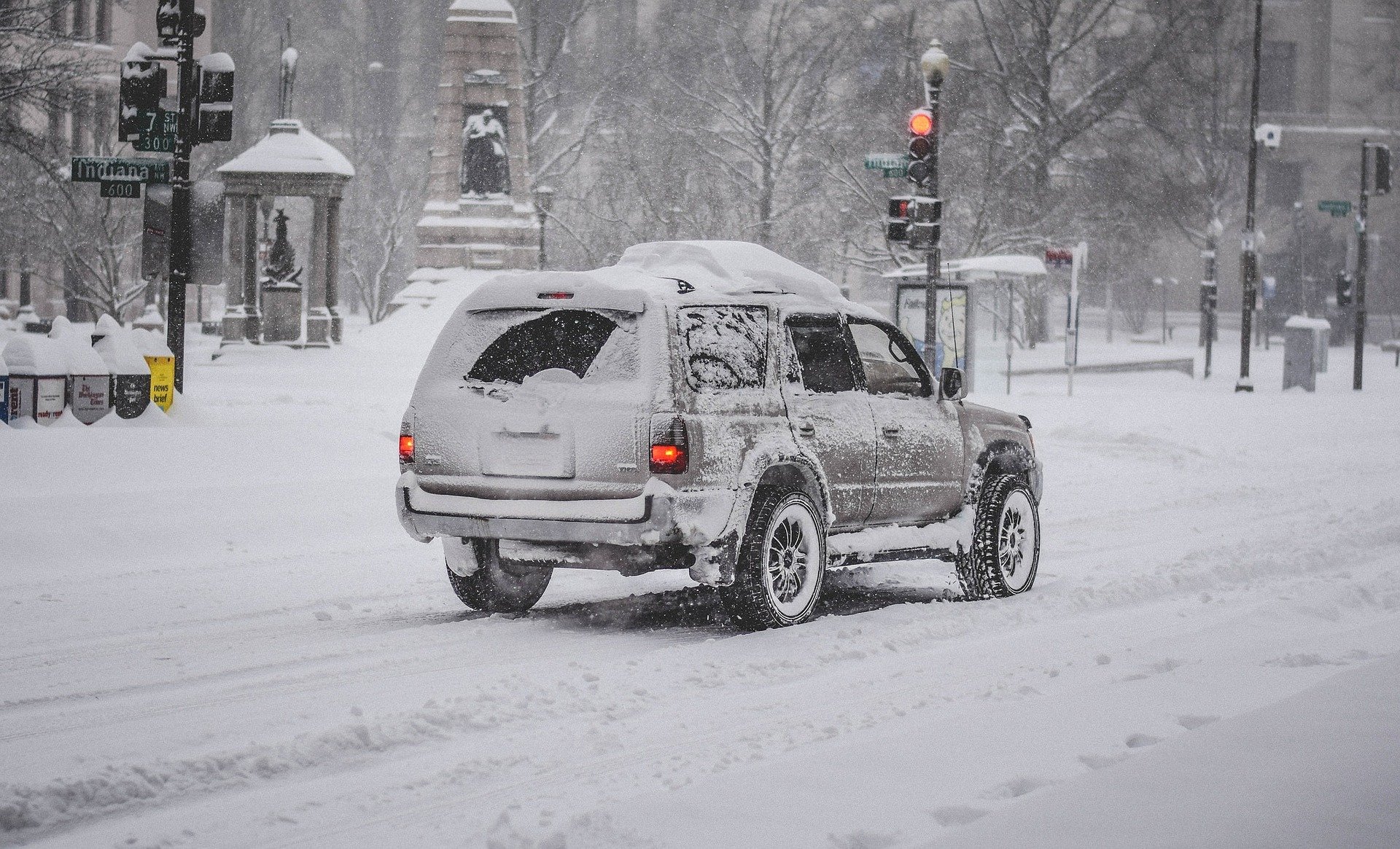 The angels and elves had stirred up trouble again.

A 500-year event, the weatherman said. But people here will tell you—just ask them—that they remember January 1985 like yesterday; kids sledding in driveways, young men firing snowballs at their crushes, snowmen bumming rides on the backs of pickup trucks, dogs licking up melt across from the Alamo.

I looked outside the fingerprinted window at Whataburger and thought, You’re somewhere else. Then the same old strain on my neck.

The migraine was coming. Shit.

I sipped coffee and flipped another page of my book, Sam Shepard’s final novel. He’d died back in July. ALS. Didn’t tell nobody. Death is like that sometimes.

The book was on top of my notes. I couldn’t bear to look at them anymore.

“Last Christmas” played loudly on somebody’s phone. My mind drifted—back to the start.

They killed him, the blind man who ran the ramshackle shelter on Zarzamora. Shot both his useless eyes out, stole his wallet, Rolex, a couple cheap paintings and a few bags of donations. Used clothes. They left him like a piece of trash. I told myself a long time ago I should’ve went into journalism.

They killed him, the blind man who ran the ramshackle shelter on Zarzamora.

The blind man was a widower, a pastor. He ran his shelter with his daughter for ten years. Good man, she called him. They handed out little green New Testament Bibles to addicts, pampers to single mothers. They were usually one in the same. Usually kids.

My guess is it was a jealous boyfriend, a baby-daddy who was Blood or MS-13. But that hardly made sense because the blind man, Mr. Reyes, was in his seventies, no criminal record. His daughter was divorced, college educated, also no criminal record. She was tore up when she said who could do something like this. Why? I was embarrassed to admit I asked myself the same things—asked myself the same things every single goddamn day.

I checked my watch. Five till ten. Time to head home. Good thing since the words on the page had become just words on a page. Once the migraine hit, I’d be dead out.

I gathered my notes and downed the rest of my coffee. It tasted worse. I was two or three steps outside Whataburger when, for whatever reason, I looked back and saw an old man and an old woman slowly approaching the door. They were tiny, barely five feet tall, could barely walk. She was helping him walk.

“Allow me,” I said, holding open the door.

They looked up at me with trepidation, then smiles.

“Thank you very much,” said the woman.

Walking back to my truck, the snow crunched under my boots like roaches. I felt my hair getting wet. A 500-year event, they said. Better enjoy it while it lasts.

I started my truck, put my palms against the air vents blowing heat.

Where I was parked, the highway—410—looked like a giant gray serpent jutting out from the ground. From hell. My mind had long thought weird like this. The therapist said that was OK. People are weird.

Looking at the tall highway, I remembered where I was headed. I let my hands warm up a bit more then I put my truck in Drive. I checked my phone. A few missed calls from the station and a text from Karina.

She was with her mom this week, probably the next week, too.

Miss you too, princess.

I drove through the flurry and thought, You’re somewhere else. At some point, I asked myself, “Will you be pushed further south too?”

“Way down south,” I answered. “Way way down.” The therapist said it was also OK to answer my own questions. People are very, very weird.

Before the migraine knocked me out—it was starting to squeeze the back of my eyes—I was sure I was in Chicago, or Detroit, or New York. Yeah, I was sure I was in New York, where the snow and the dead piled as high as the Empire State Building. “Let them live,” I heard the green woman called Lady Liberty say. “Let them die—I don’t give a shit.” My mind was talking crazy again. Good thing I was almost home.

“Let them live,” I heard the green woman called Lady Liberty say. “Let them die—I don’t give a shit.”

What I want you to know about the night it snowed in San Antone, December 2017, is how the snowflakes shined like pale diamonds in the streetlights. God, they were beautiful. The kids would remember the night for the rest of their lives. They’d tell their children and their grandchildren about it. They’d pray in church for another night like it. Maybe God would listen to them. A 500-year event, they said.

The next day, by noon, all the snow was gone. The dead blind man greeted me at my desk bright and early. His files were there with the others, getting cold. Colder. All of them.

I remember thinking with a lingering migraine pinching my eyes, Before I’m done here—before I’m pushed way down south—hopefully I’ll get to the bottom of this. Hopefully I’ll find the answers I’m looking for, that the angels and elves will throw me a bone. Hopefully I’ll make Mr. Reyes’s sad daughter proud, God rest his soul. Her soul. My soul. Hopefully I’ll still be around for the next big snowstorm, my daughter in my arms, enjoying the weather with her like a child.

Short fiction by Alex Z. Salinas has appeared in Every Day Fiction, Zero Flash, 101 Words and Mystery Tribune (see Wrong Order and An Exercise In Futility). He lives in San Antonio, TX.