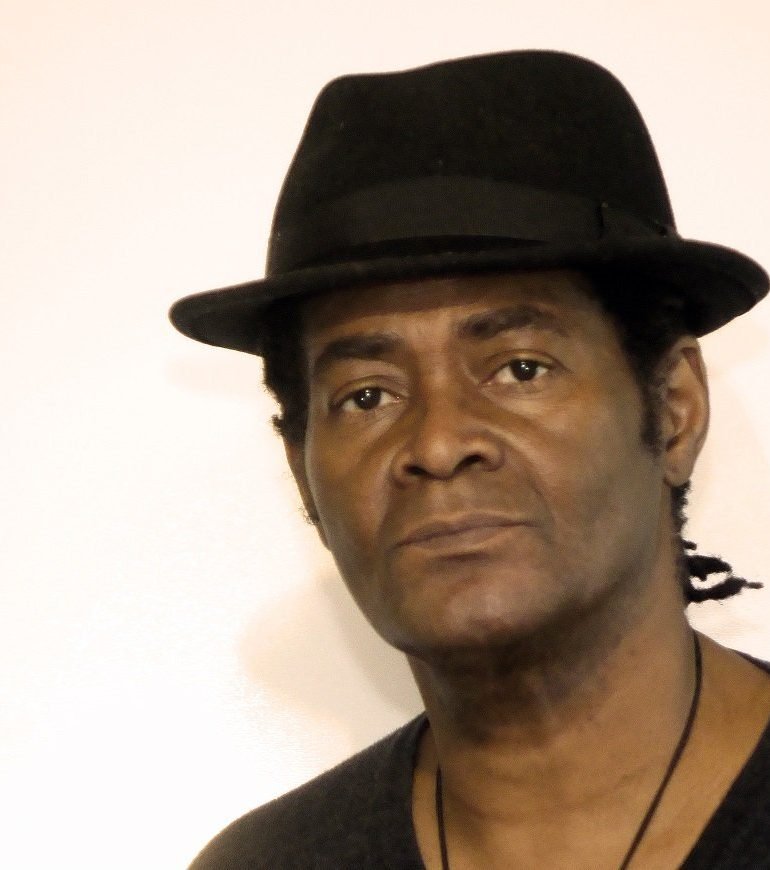 Caribbean crime thriller The Bone Readers by Jacob Ross has won The Jhalak Prize for Book of the Year by a Writer of Color. Jhalak prize is a new annual award that seeks to celebrate books by British/British resident black, Asian and minority ethnic writers (BAME), and the overall winner is presented with a prize of £1,000.

Jacob Ross, novelist, short story writer and tutor, wins the £1000 prize with his first foray into crime fiction, The Bone Readers. The book, described by judge Musa Okwonga as ‘by turns thrilling, visceral and meditative, and always cinematic’, is the first in the Camaho Quartet and set on the small Caribbean island of Camaho.

The judging panel, consisting of acclaimed author and co-founder of the award, Sunny Singh (chair), YA author Catherine Johnson, author and poet Alex Wheatle MBE, poet and broadcaster Musa Okwonga and Booker-longlisted fiction writer Yvvette Edwards, chose Jacob’s book in a close contest and after much heated discussion. Chair Sunny Singh described it as ‘breath-taking, thought-provoking and…brilliant read’. Catherine Johnson added that it ‘effortlessly draws together the past and the present, gender, politics and the legacy of colonialism in a top quality Caribbean set crime thriller’.

The shortlist consisted of fiction, YA, non-fiction, debuts, short stories and genre. The prize is unique in that it accepts entries published in the UK by writers of color. These include (and are not limited to) fiction, non-fiction, short stories, graphic novels, poetry, children’s books, YA, teen and all other genres. The prize is also open to self-published writers. The aim is to identify, promote and celebrate the best writers of color in the country.

Sunny Singh (Chair): “The final decision was very difficult and very close. The entire shortlist is so extraordinary that any and all of them are deserving winners. For me Jacob Ross’s The Bone Readers stood out not only as an exemplar of the genre but for rising well above it. The book engages – and with a masterly, feather light touch – with history as well as contemporary politics of the Caribbean. Complex issues of memory, identity and, individual and collective sense of self, are stunningly woven into this beautifully written novel. As the first of the Camaho Quartet, it hints at the expanse and scale of the forthcoming books. But it also stands alone as a breath-taking, thoughtprovoking, and yes brilliant read. I know this is a book I shall go back to again and again.”

Catherine Johnson: “Ross’s novel is one that effortlessly draws together the past and the present, gender, politics and the legacy of colonialism in a top quality Caribbean set crime thriller. The Bone Reader is a wonderful read and a massively worthy winner.

Musa Okwonga: “This was an exceptional shortlist, with every book a worthy winner in its own way. Irenosen Okojie’s work has a staggering fearlessness. Gary Younge provided a forensic yet deeply tender dissection of American society. David Olusoga produced a magisterial text that should be a staple of every school syllabus. Abir Mukherjee wrote a murder-mystery of remarkable scope, while Kiran Millwood Hargrave gave us a magical tale that was beguiling and heartbreaking. The overall winner, Jacob Ross, has written a novel that was by turns thrilling, visceral and meditative, and always cinematic. Each author should be proud, and we are privileged to have judged their work.”

Alex Wheatle: “2016 was a stellar year for BAME writing across many genres. Any of the shortlist would have been a worthy winner. Jacob Ross has been producing intelligent, compelling, original work for many years now and I hope he will now find a wider audience that his writing so richly deserves.”

The winner was announced at a special event at The Authors’ Club on 17th March 2017.

Who were the finalists?

Overall, the following six titles were among the titles in which the judges reviewed as finalists for the prize:

The Girl Of Ink And Stars by Kiran Millwood Hargrave (Chicken House): Isabella lives on the isle of Joya, an island rich in history and myth. Surrounded by the maps her father has skilfully drawn of far-off lands such as Afric, Amrica and Europa, Isabella longs to uncover the mysteries of lands much closer to home.

Since the Governor Adori arrived in Joya, the borders to the Forgotten Territories have been closed, the seas have been off limits and any hopes for adventure and intrigue have been firmly quashed. Something in the air is changing however, strange occurrences, sightings and a dark oppressive force lurks on the horizon. When Isabella’s best friend goes missing, only the skills she learned from her father offer her friend any hope for a safe return. Armed with her tools and knowledge of cartography, Isabella joins the scouting team and discovers that the world beyond the curtain of mystery contains more than she could have ever imagined.

A Rising Man by Abir Mukherjee (Harvill Secker): In the days of the Raj, a newly arrived Scotland Yard detective is confronted with the murder of a British official—in his mouth a note warning the British to leave India, or else…

Calcutta, 1919. Captain Sam Wyndham, former Scotland Yard detective, is a new arrival to Calcutta. Desperately seeking a fresh start after his experiences during the Great War, Wyndham has been recruited to head up a new post in the police force. He is immediately overwhelmed by the heady vibrancy of the tropical city, but with barely a moment to acclimatize or to deal with the ghosts that still haunt him, Wyndham is caught up in a murder investigation that threatens to destabilize a city already teetering on the brink of political insurgency.

The body of a senior official has been found in a filthy sewer, and a note left in his mouth warns the British to quit India, or else. Under tremendous pressure to solve the case before it erupts into increased violence on the streets, Wyndham and his two new colleagues—arrogant Inspector Digby and Sergeant Banerjee, one of the few Indians to be recruited into the new CID—embark on an investigation that will take them from the opulent mansions of wealthy British traders to the seedy opium dens of the city.

Okojie has created a world with errant Londoners caught between here and the hereafter, where insensitive men cheat on their mistresses and can only muster enough interest to fall for one- dimensional poster girls and where brave young women attempt to be erotically empowered at their own peril.

Black And British: A Forgotten History by David Olusoga (Macmillan): A Waterstones History Book of the Year Longlisted for the Orwell Prize Shortlisted for the inaugural Jhalak Prize In Black and British, award-winning historian and broadcaster David Olusoga offers readers a rich and revealing exploration of the extraordinarily long relationship between the British Isles and the people of Africa. Drawing on new genetic and genealogical research, original records, expert testimony and contemporary interviews, Black and British reaches back to Roman Britain, the medieval imagination and Shakespeare’s Othello.

It reveals that behind the South Sea Bubble was Britain’s global slave-trading empire and that much of the great industrial boom of the nineteenth century was built on American slavery. It shows that Black Britons fought at Trafalgar and in the trenches of the First World War. Black British history can be read in stately homes, street names, statues and memorials across Britain and is woven into the cultural and economic histories of the nation. Unflinching, confronting taboos and revealing hitherto unknown scandals, Olusoga describes how black and white Britons have been intimately entwined for centuries. Black and British is a vital re-examination of a shared history, published to accompany the landmark BBC Two series.

The Bone Readers by Jacob Ross (Peepal Tree Press): When Michael (Digger) Digson is recruited into DS Chilman’s new plain clothes squad in the small Caribbean island of Camaho he brings his own mission to discover who amongst a renegade police squad killed his mother in a political demonstration.

Sent to London to train in forensics, Digger becomes enmeshed in Chilman’s obsession with a cold case, the disappearance of a young man whose mother is sure has been murdered. But along with his new skill in forensics, Digger makes rich use of the cultural knowledge he has gained from the Fire Baptist grandmother who brought him up, another kind of reader of bones.

And when the enigmatic Miss K. Stanislaus joins him on the case, Digger finds that his science is more than outmatched by her observational skills. Together, they find themselves dragged into a world of secrets, disappearances and danger that demands every ounce of their brains, persistence and courage to survive.

Another Day In The Death Of America by Gary Younge (Faber): On an average day in America, seven children and teens will be shot dead. In Another Day in the Death of America, award-winning journalist Gary Younge tells the stories of the lives lost during one such day. It could have been any day, but he chose November 23, 2013. Black, white, and Latino, aged nine to nineteen, they fell at sleepovers, on street corners, in stairwells, and on their own doorsteps. From the rural Midwest to the barrios of Texas, the narrative crisscrosses the country over a period of twenty-four hours to reveal the full human stories behind the gun-violence statistics and the brief mentions in local papers of lives lost.

This powerful and moving work puts a human face–a child’s face–on the “collateral damage” of gun deaths across the country. This is not a book about gun control, but about what happens in a country where it does not exist. What emerges in these pages is a searing and urgent portrait of youth, family, and firearms in America today.