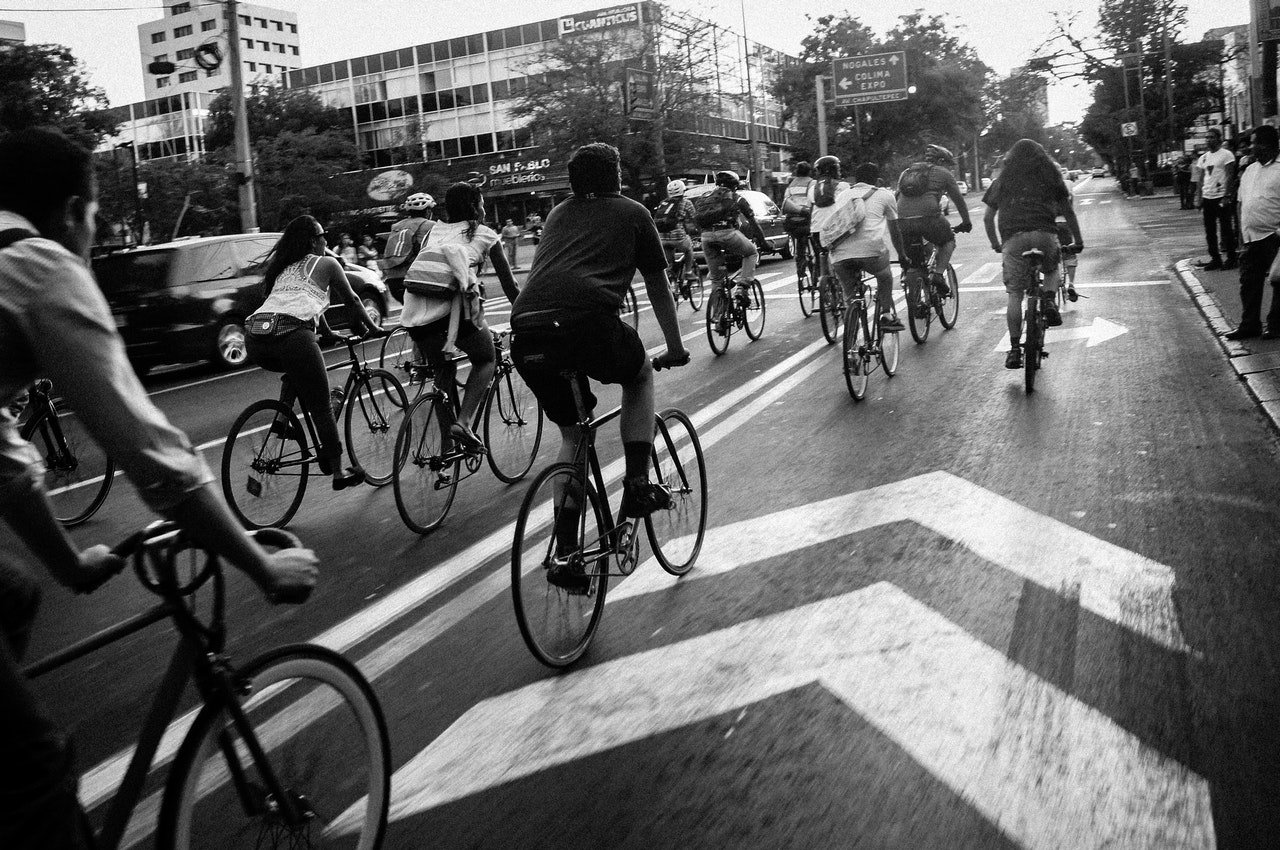 Patty stepped off the curb at Second Ave and 14th Street. A bike headed the wrong way crashed into her left thigh. As the biker sped down Second, Patty lay on the street circled by concerned citizens taking iPhone shots and mouthing platitudes. Did he hit her on purpose? Who cares? He hit her. Two buxom traffic cops took their time disengaging from their cells before strolling over.

“What do you think?” The words snaked out of Patty’s mouth.

Patty clung to her large purse. She didn’t want these animals touching her eggs.

“Come on, Grannie.” A young guy put out his hand and yanked her up. “Don’t want to block rush hour traffic.”

She put on her lady voice, “You’re very kind,” she said to the guy, loud enough for the traffic cops to hear her. He shuffled and stood there, blocking traffic himself.  Underneath her sweet old lady smile Patty thought, “Does this character want a tip?”

“Barely.” Patty limped to the sidewalk.

At home she checked the eggs and told Mort what had happened. After tuna fish supper and iced tea with therapeutic bourbon, she settled hubby in his La-Z-Boy recliner.  She pictured him soothing himself by stroking his NRA Slider Holster and gun. The gun is what she called it. He called it the Sig Sauer P938. Since they lived in Manhattan, he stripped the NRA stickers off the Dodge Challenger’s fender but was still a proud member.

She pictured him soothing himself by stroking his NRA Slider Holster and gun.

After dosing her thigh with Absorbine Plus, Patty took the elevator to the twelfth floor.  The management avoided spending money on the roof. No one went up there except workmen and under aged kids who wanted a smoke. She carried a carton of large eggs in a colorful tote bag with a goofy drawing of an adorable dog. Her neighbors assumed her gentle smile and soft voice were genuine. The tote’s cuteness confirmed this.

Patty’s only sport was throwing eggs from the roof. Her routine: Never buy more than a dozen and never frequent the same supermarket twice in a row. Go to the roof between 9:30 p.m. and 10:30 pm except when Betty White was on. Too late for anybody except her and the bikers racing from work or zooming to a club.

Patty’s eyesight and aim were lousy but it was fun. She liked the traffic lights blinking red and green as unsuspecting bicyclists sped through them.

She peeked over the railing. In luck, a girl was speeding along. Mort claimed only girls used underhand. I’ll show him. She swung her left hand behind her, cradling the egg and flinging. She missed but the yoke splattered close enough for the biker to slam on her brakes and look up. Patty ducked. What a nasty girl. No manners. And the language!

Ten minutes later, she spied a guy riding his bike on the sidewalk. No helmut. What a shame. By some miracle she hit him on his braided head. The bike skidded then crashed into the truck that always blocked the side street to the bus stop. Two for the price of one.

The broken shells were white specks in his hair. With his left arm, he wiped the egg yoke streaming down his face.  He steered the bike down the street. What’s this? He’s stopping at the front door to their condo. He turned suddenly and looked up. Patty stared into Mort’s no-good nephew’s hate filled eyes. Always coming by for a hand-out.

She was downstairs and opening her front door in seconds. Even so, Hank was already yapping at Mort while he wiped his face with one of their dish towels.

“What happened, Hank?” she said with a gentle smile.

He stared at her. Threw the towel onto a table and pushed his iPhone into her face.

Patty saw herself peeking off the roof. “That’s a nice shot. I was watering the roof plants.”

“I bet this sweet lady can help a starving student attacked from her roof.” Hank had a way with words.

Patty reached into her purse.