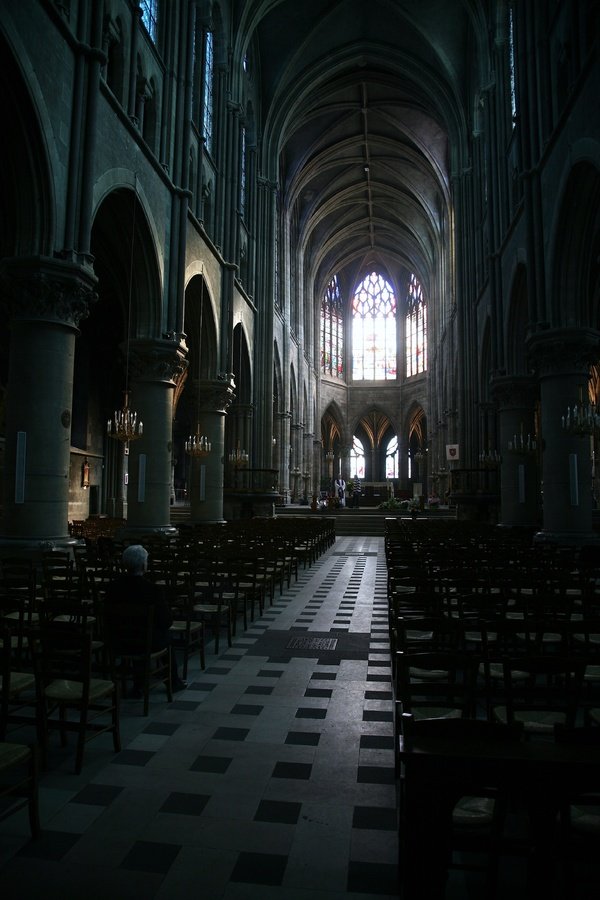 If You Like Dan Brown Novels, You’ll Enjoy “The Blood Gospel”

James Rollins, the name behind The Blood Gospel, is a New York Times bestselling author who is famous for his Dan Brown-type of stories. In his first-ever collaboration, he combines his skill for cutting-edge science and historical mystery with Rebecca Cantrell’s talent for haunting suspense a gothic tale about an ancient order: The Blood Gospel

is a new exciting work by this duo and seems the beginning for a very promising series.

An earthquake in Masada, Israel, kills hundreds and reveals a tomb buried in the heart of the mountain. A trio of investigators—Sergeant Jordan Stone, a military forensic expert; Father Rhun Korza, a Vatican priest; and Dr. Erin Granger, a brilliant but disillusioned archaeologist—are sent to explore the macabre discovery, a subterranean temple holding the crucified body of a mummified girl.

But a brutal attack at the site sets the three on the run, thrusting them into a race to recover what was once preserved in the tomb’s sarcophagus: a book rumored to have been written by Christ’s own hand, a tome that is said to hold the secrets to His divinity. The enemy who hounds them is like no other, a force of ancient evil directed by a leader of impossible ambitions and incalculable cunning.

From crumbling tombs to splendorous churches, Erin and her two companions must confront a past that traces back thousands of years, to a time when ungodly beasts hunted the dark spaces of the world, to a moment in history when Christ made a miraculous offer, a pact of salvation for those who were damned for eternity.

Here is a novel that is explosive in its revelation of a secret history. Why do Catholic priests wear pectoral crosses? Why are they sworn to celibacy? Why do the monks hide their countenances under hoods? And why does Catholicism insist that the consecration of wine during Mass results in its transformation to Christ’s own blood? The answers to all go back to a secret sect within the Vatican, one whispered as rumor but whose very existence was painted for all to see by Rembrandt himself, a shadowy order known simply as the Sanguines.

In the end, be warned: some books should never be found, never opened—until now.

Although we are a bit skeptical of collaboration between best-selling authors with other less known novelists, a trend which is getting more popularity, Mr. Rollins and Ms. Cantrell seem to be off to a strong start with this series. This novel introduces some intriguing characters with complex backgrounds and motivations. And it features a plot that surprises the reader at every turn.

The authors do a good job of finishing their plot in this book and leave some general questions unanswered for the following sequels. The language is very easy and the book reads fast and is definitely a good read for every occasion especially for the readers who love Dan Brown type of stories.

Like Books By James Rollins? Check out the following titles.