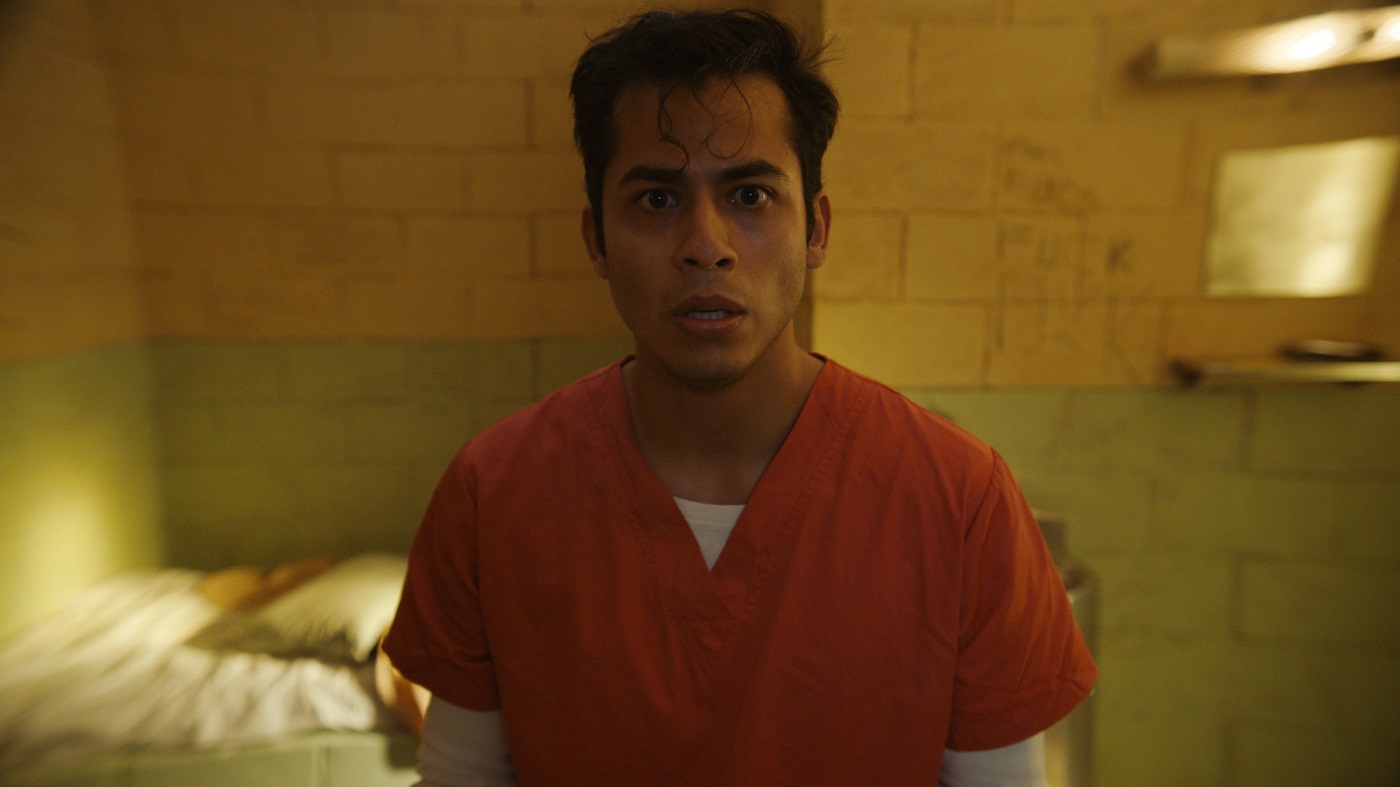 Please Hold is the first Live Action Short Film Oscar-nominee this season to land with the major streamer HBO Max in the first quarter of 2022.

Following a successful festival run, the film was acquired by WarnerMedia OneFifty to stream exclusively on HBO Max starting on March 17. It is directed by KD Dávila, who also wrote the film along with Levin Menekse.

Set five minutes into the future, Please Hold is a sci-fi dark comedy that follows Mateo Torres (played by Erick Lopez), a young man who is erroneously arrested by a police drone. Mateo finds himself trapped in a fully automated jail, where he must fight his way through the Kafkaesque labyrinth of a privatized justice system to find a human being who can set things right.

Set five minutes into the future, Please Hold is a sci-fi dark comedy that follows Mateo Torres, a young man who is erroneously arrested by a police drone.

“The idea for the film came to us after I read this article about a Latino man who got arrested and jailed by mistake because he had a common Spanish name. He was unable to convince anyone that they had the wrong guy.

Even his public defender didn’t believe him. It’s not unusual for people of color to fall through cracks in the justice system, and we wanted to look at this all-too-common story through a sci-fi and dark comedy lens. “Please Hold” explores what it means for people of color when the remaining human element in our justice system slowly gives way to automation and privatization,” filmmaker KD Dávila says.

“This film exemplifies what WarnerMedia OneFifty is all about: It is a powerful, unique, and bold vision from a talented creative team and an innovative filmmaker that perfectly juxtaposes art, science and culture,” said Axel Caballero, Head of WarnerMedia OneFifty & Vice President, Artistic and Cultural Innovations.

Negotiations for “Please Hold” were finalized by Amanda Trokan, Director of Content Acquisitions for HBO Max.