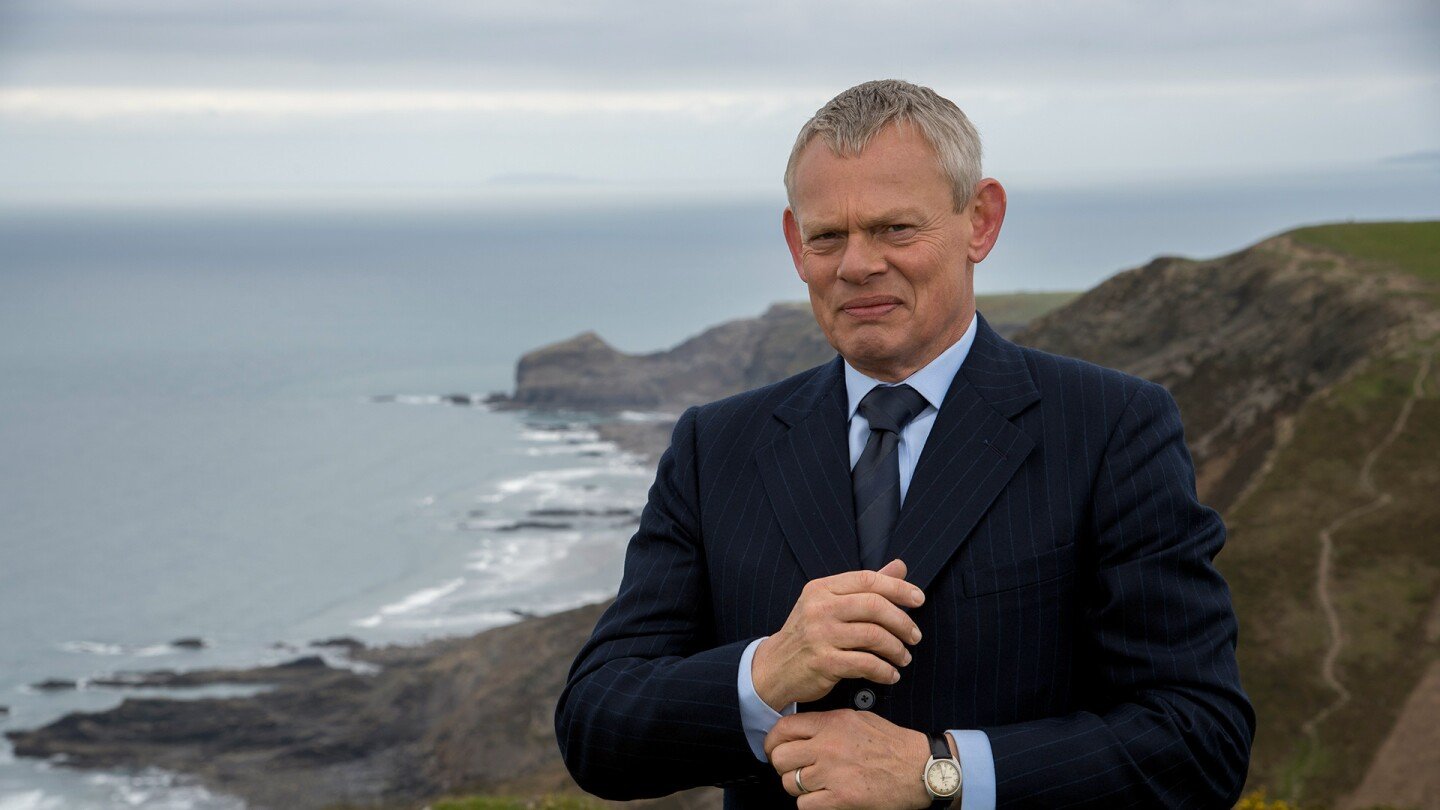 “Doc Martin”: Season 10 And All Other Stuff You Need To Know

The latest season of popular “Doc Martin” series has started filming in February 2022. Since its first season in 2004, the series has developed a loyal fan base who’ve been waiting for the last two years to see the new season kicking off. The latest developments are a good sign that the wait will be over soon.

Doc Martin is a British television medical comedy drama series starring Martin Clunes as Doctor Martin Ellingham. It was created by Dominic Minghella after the character of Dr Martin Bamford in the 2000 comedy film Saving Grace.

The show is set in the fictional seaside village of Portwenn and filmed on location in the village of Port Isaac, Cornwall, United Kingdom, with most interior scenes shot in a converted local barn. Fern Cottage is used as the home and surgery of Doctor Ellingham.

The story starts when successful surgeon Dr. Martin Ellingham abruptly leaves his London practice to become general practitioner in the sleepy fishing village of Portwenn, where he spent the holidays during his youth.

But his luxury car and lavish wardrobe immediately rub the locals the wrong way, and once they get a load of his abrasive attitude and lack of bedside manner, he quickly alienates most of the townsfolk.

Who plays the role of Doc Martin? 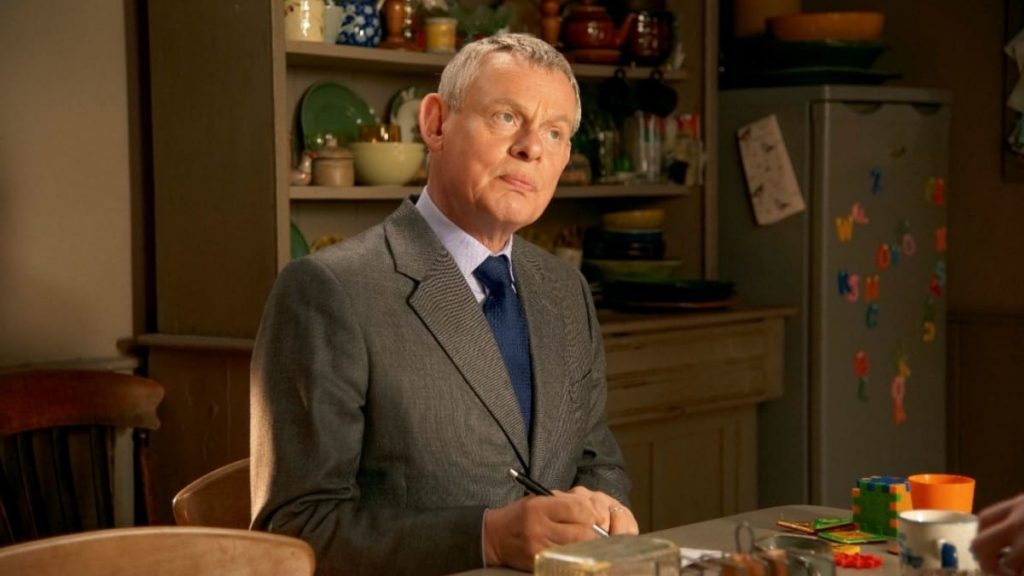 Clunes was appointed an Officer of the Order of the British Empire (OBE) in the 2015 Birthday Honors for services to drama, charity and the community in Dorset.

The show will most likely air in the Fall of 2022 on ITV and will also be available on streaming services at that time.

The following are the answers to some of the most frequently asked questions about Doc Martin:

Will there be a Doc Martin season 10?

Yes. There will be a season 10 but that’s going to be the last season of the show.

Yes, slightly autistic. According to Martin Clunes: “Lots of people say that he is Aspergic or something to some degree—which yes, I think he is.”

What town is the show filmed in?

Port Isaac. There is a fully guided walking tour that will take fans around the fictional Cornish seaside village of Portwenn. Port Isaac, the actual location, is a small and picturesque fishing village on the Atlantic coast of north Cornwall.

Where can I stream Doc Martin?

All 9 seasons of the show are available to stream on Acorn TV.

The following is an overview of the plot for the show:

He obtains a post as the sole general practitioner (GP) in the sleepy Cornish village of Portwenn, where he had spent childhood holidays with his Aunt Joan (Stephanie Cole) and Uncle Phil, who owns a local farm. Upon arriving in Portwenn – where, to his frustration, the locals address him as “Doc Martin” – he finds the surgery in chaos and inherits an incompetent receptionist, Elaine Denham (Lucy Punch).

In series 2–4, she is replaced by Pauline Lamb (Katherine Parkinson), a new receptionist, and later also a phlebotomist. In Series 5, Morwenna Newcross (Jessica Ransom) takes up the post.

The show revolves around Ellingham’s interactions with the local Cornish villagers. Despite his medical excellence, Ellingham is grouchy, abrupt, and lacks social skills. His direct, emotionless manner offends many of the villagers, made worse by his invariably unpleasant responses to their ignorant, often foolish, comments.

They perceive him to be hot-tempered and lacking in a bedside manner, whereas he feels he is performing his duties in a professional and by-the-book manner, not wasting time chatting.

Ellingham is very deadpan and dresses formally in a business suit and tie, regardless of the weather or the occasion, and he never takes off his jacket, even when delivering babies. He does not smoke and has no hesitation in pointing out the risks of unhealthy behaviors, both in private and in public gatherings.

The villagers eventually discover his fear of blood, and the frequent and debilitating bouts of nausea and vomiting it causes. In spite of this handicap, Ellingham proves to be an expert diagnostician and responds effectively to various emergencies in his medical practice; thus, he gradually gains grudging respect from his neighbors.

Ellingham does not get on with his parents, but has a warm relationship with his aunt Joan, who provides emotional support. When she dies after a heart attack, her sister Ruth (Eileen Atkins), a retired psychiatrist, comes to Portwenn to take care of her affairs, and eventually decides to use the village as a permanent retreat, offering Martin the support Joan had provided.

A major theme throughout the series is Ellingham’s relationship with primary schoolteacher (eventually school headmistress) Louisa Glasson (Caroline Catz). Due to his difficulty in expressing feelings and his insensitive nature, the relationship has many ups and downs; though they eventually have a child and later marry.

Other series regulars are father and son Bert and Al Large who are always trying to run a small business of some type; pharmacist Sally Tishell who is infatuated with Martin; and Mark Mylow, a quirky police officer who is replaced in series 3 by the bumbling Joe Penhale.

Mystery Tribune’s Ultimate Guides provide an overview of major authors, characters and figures in the crime, horror, mystery and thriller world. You can visit our latest guides here.