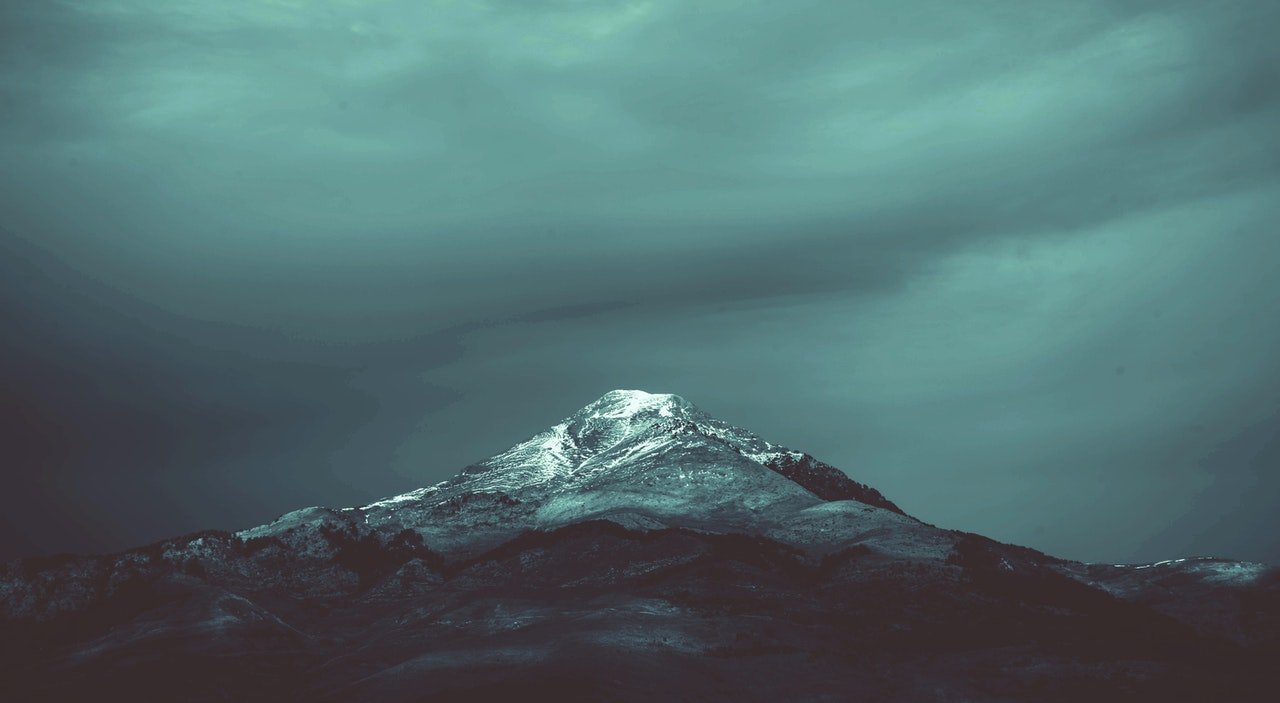 Christopher Cleary, author of Dog Food, resides in an Atlanta suburb where he teaches English at a public high school. His young adult novel Writing on the Wall was published by Immortality press in 2007. More recently, his short story “A Good Bar” was published by Better Than Starbucks in 2021.

Actually, the cat tasted pretty good. At least that’s what I keep silently repeating because it will soon be necessary to convince myself that the dog will taste even better. It’s a hard task to accomplish since the cat had the flavor of week-old meat left on the counter and was the consistency of the little rubber buttons found on a remote control.

There were only a handful of seasonings available in the isolated cabin, and I wasn’t sure how cat was best prepared. Cajun? Teriyaki? Did it make a difference if it was a calico or a tabby? The labels on the seasoning mixes didn’t provide any culinary guidance. They read “Great with steak” or “Perfect for fish.” None read “Fantastic on felines.” Simple is best. I used an abundance of salt mixed with the appropriate amount of pepper with a dash or two of paprika.

Rusty, my Irish setter, was slightly confused. It wasn’t lost on him that dinner had been the animal he was often chided for chasing.

There were only a handful of seasonings available in the isolated cabin, and I wasn’t sure how cat was best prepared. Cajun?

I ate the cat first because the dog had proved to be an essential companion, plus I thought she would taste better. Rusty is the lone reason that I haven’t gone wholly insane from literal cabin fever – only if you believe eating a cat and then considering devouring a dog to be sane behavior.

The snowfall continues and attempting the forty-mile walk to Estes Park through waist-high snow would turn me into the latest experiment in cryogenic storage.

I sigh and Rusty, sitting on the bed next to me, does the same. Both of us are tired and weak from a lack of sustenance. He seems to comprehend that we are trapped in the mountains and at the mercy of the weather.

Rusty is an intuitive dog with an immense heart who is disappointed in himself when he does anything but please me. If I were to send him out for help, he’d go proudly and wouldn’t stop until he found someone or perished from the effort. And that would be a terrible waste of potential food.

Betsy, my wife, dropped me off weeks ago to prepare for our one-month stay. We would unload the vehicle and survey the cabin. Then, while I set up camp and began the planned maintenance to our mountain getaway, Betsy would drive through the hills to Estes Park for provisions and additional materials necessary for unforeseen repairs. This became our annual routine for year three of owning the cabin. We are now in year five.

A snowstorm unexpectedly developed into a mountain blizzard which prevented me from finishing the planned maintenance and, presumably, it prevented Betsy from reaching town; otherwise, a rescue team would have been out to save me. I am deserted. My only provisions are the meandering thoughts on the welfare of my spouse, useless luggage, and enough firewood and propane to last another two weeks with wishful thinking.

I rub Rusty’s head and scratch behind his ears. He sits up and pants a few happy-smile pants, tongue bouncing in and out of his mouth. Then he stops and lies back down. Even his optimism is dwindling.

He is incredibly faithful and loving and such a good friend that eating him would be a form of cannibalism. I can’t do it. There’s no way. I clap loudly once to stop myself from thinking about it anymore.

I recline on the bed, pull several layers of blankets over me, and pick up a book about a pirate radio station in Los Angeles, where it is probably sunny and warm right now. My deflated stomach causes so much pain that it’s impossible to focus on the story for more than a paragraph. Inadvertently, I begin considering making a meal out of Rusty again.

Since he is bigger than the cat and I wouldn’t have to share, there would be more for me to eat. Rusty would last a while. After I cook him, whatever I don’t eat can be stored in the freezer that surrounds me.

Whoa, whoa. What am I talking about? Cook Rusty? Eat Rusty? No way! Not my pal. He’s all that I have. It would be better to die of starvation.

“Come here, buddy,” I say to him, my voice hoarse from the cold and lack of use. He obediently listens and cuddles up next to me. My arm wraps around him, and I stroke his scrumptious coat of fur.

He’s been a good listener. When Betsy didn’t return to the cabin, he was there for me. I explained our dilemma to him and realized the severity of the situation for myself. Without speaking a word, he helped me decide that attempting the long walk would kill me. We rummaged for food together. We even argued over the Broncos’ best quarterback since Elway. Rusty never fully accepted Manning as a free agent from the Colts despite his success and considered it a mistake to give up on Tim Tebow so soon. Every dog is entitled to his opinion, no matter how crazy.

The one topic I never mention during our conversations is snacking on him. It really isn’t something I feel comfortable speaking to him about.

I toss my book aside and struggle to sit up on the thin mattress. This is what it is coming down to. In another day, I won’t have the energy to end his life, skin him, and cook him. I will have to make a meal out of the dog sooner rather than later. Bar-B-Que sauce. For some odd reason, I think that Rusty will taste good with a little BBQ spread on him. There’s an unopened bottle in the cabinet.

Without moving his body, the dog shifts his medium brown eyes and looks at me.

He sits up and sheds his covers. Like a dog twice his age, Rusty delicately steps down from the bed and shakes his fur until it lies comfortably against his thinned body. With his head gently bobbing to the cadence of his stride, he walks to his water dish, filled with melted snow. He laps once. He laps twice. He sits and faces me as if he too is deep in thought, pondering possible solutions to the problem.

It’s hard to eat an animal that you’ve named. Eating Rusty is my last resort and I need to be absolutely certain that zero options remain. If I kill him and have even the faintest notion that I could have lasted a little longer, I would never forgive myself. And, to play it safe, I’ll never name another pet.

Rusty paces aimlessly, searching for a place to go where he hasn’t been. No such place exists for us in this one-room cabin.

He is going to die anyway. At some point, I won’t be able to care for him. If I’m no good to him, then he’s not going to make it. I’m going to have to kill and eat Rusty if I am to survive. It can’t be put off any longer. He’s wasting away and soon there won’t be anything left of him to eat. It’s time to retrieve the knife from the butcher’s block.

Rusty jumps on the bed next to me and tilts his head from one side to the other in silent observation.

Tears emerge around the edges of my eyes. It isn’t fair for either one of us that I have to eat him. I suck back my sadness and tell myself to save it for later. Now is the time for action. It is a pure matter of survival.

A burst of energy that contradicts his lethargy explodes from Rusty. His fangs pierce my neck from both sides, and he shakes it like a stuffed toy. The shock, the pain, and the dog’s effort forces me to my back. I reach to shove him off but suddenly feel like I’m drowning. Rusty’s paws spread across my face and chest and his muzzle clamps down even harder. My lungs crave large breaths of air but are denied. A peculiar gurgling noise emanates from my own neck, signaling my demise.