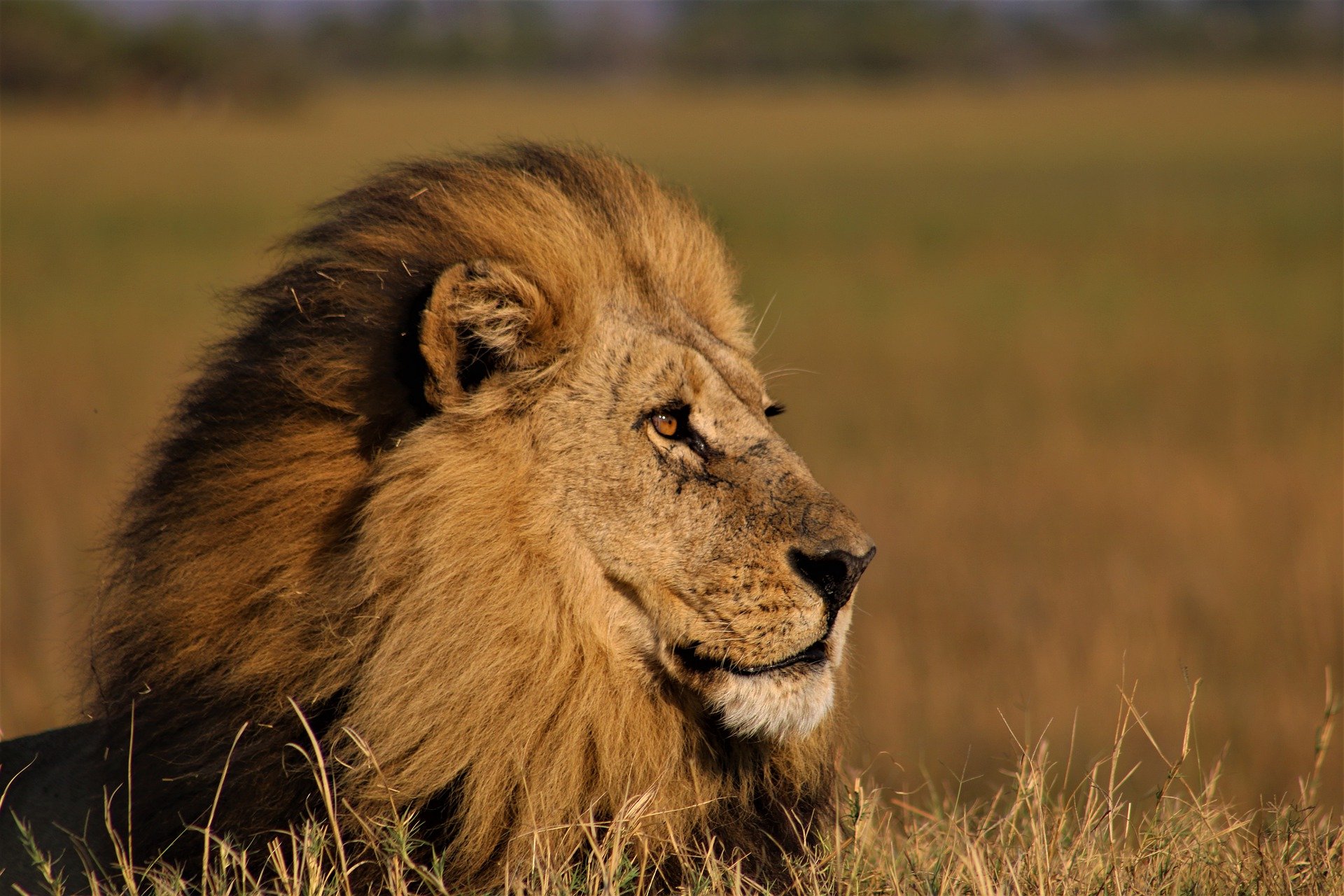 Aeryn Rudel, author of Don’t Laugh, is a writer from Seattle, Washington. He is the author of the Acts of War novels by Privateer Press, and his short fiction has appeared in The Arcanist, Factor Four Magazine, and Pseudopod, among others.

In Don’t Laugh, a crime boss looks to buy unique merchandise, dangerous African wildlife, through a South African man who owes him a debt. Mystery Tribune has previously published The Father Of Terror and The Sitting Room by this author.

“Leibenberg is my friend, my boet. He get you what you want, Mr. O’Leary,” Christo said from the back seat, his South African accent thick and difficult to understand.

O’Leary glanced in the rearview and grimaced. Christo had been talking nonstop for the entire ride. Neither the hulking form of Deluca beside him nor the pistol shoved into his stomach had slowed his mouth. “Deluca, if he says another word, pistol whip the teeth out of his fucking head.”

The headlights of the Mercedes SL 500 splashed onto the parking lot of an abandoned fairground. The cracked asphalt’s only other occupant was an F-350 truck pulling a horse trailer.

“Ja, that’s my boet, Liebenberg,” Christo replied. “He imports animals for all the zoos straight from Africa, man. He got what you need.”

O’Leary parked the Mercedes near the trailer and left the headlights on. A man got out of the truck–tall, muscular, his skin burnt a permanent brownish-red. He looked tough, a man whose harsh living had made him harsh in turn.

Stepping out of the Mercedes, O’Leary made no attempt to hide the pistol on his hip. He didn’t trust Christo, but the pasty South African tweaker had turned him on to interesting opportunities as compensation for money he borrowed, then gambled or smoked, and borrowed again. “Deluca, bring him.”

O’Leary parked the Mercedes near the trailer and left the headlights on.

“How do you know Christo?” O’Leary said as Deluca dragged the South African out of the car.

Liebenberg’s eyes widened, but he maintained his composure. “Not many South Africans in Seattle.”

“They in the trailer?” O’Leary asked, detecting an animal stink.

Liebenberg nodded. “They eat anything: bone, hooves, horn. Leave nothing but a smear on the ground.”

“You ain’t exactly buying them for me, Christo, and with how much you owe me, we aren’t even close to straight.”

“I don’t know what my boet is involved in here,” Liebenberg said. “I don’t want trouble.”

O’Leary ignored his concern, though he noted the South African didn’t seem afraid, just concerned about details he was only now learning. “How much?”

Liebenberg put his hands on his hips and glanced back at the horse trailer. “I’d let them go for thirty thousand.”

The South African had been cool and calm, so O’Leary decided to test his nerve. “I want a demonstration.”

Liebenberg’s eyes narrowed. “How do you mean?”

“You say hyenas eat anything. Let’s see how they like South African meth-head fuck up.”

Liebenberg put his hands on his hips and glanced back at the horse trailer. “I’d let them go for thirty thousand.”

“Mr. Liebenberg.” O’Leary drew his pistol and pointed it in the South African’s general direction. “You can make a lot of money tonight or you can die with a bullet in your brain. Which’ll it be?”

Liebenberg held up his hands. “No trouble.” He still didn’t look nervous, and that was starting to bother O’Leary. Even bona fide tough guys got twitchy when the guns came out. “Bring him to the trailer.”

Deluca dragged Christo forward. The little South African fought, but it was like an ant fighting a mountain.

Liebenberg went to the back of trailer and put his hand on the locking bar holding the gate closed. “I’ll open it. Your man puts him in. I’ll let them out from inside the truck once we shut the gate.”

“Fine, do it,” O’Leary said, grinning. He’d seen a lot of gruesome shit in his time, but a man eaten alive by hyenas was a new one. He looked forward to the spectacle.

Liebenberg hit the latch and the double doors of the trailer swung wide. Two pairs of yellow eyes shone within. Behind them, a dozen more.

“Wait a second–” O’Leary began, but two sleek, tawny forms barreled out of the trailer and the warning died on his lips. The first lion hit Deluca like a battering ram, knocking him off his feet. Christo scrambled away with a terrified squawk.

O’Leary aimed his pistol at the beast atop Deluca. The big man screamed as the lion tore into him. O’Leary didn’t hear the second lion coming up behind him until pain ripped through his shoulders, and then he was on the ground. The gun flew from his hand as an awful weight crushed the breath from his lungs.

O’Leary looked up to see two lions sitting beside Liebenberg. The fur around their huge jaws was stained red. The South African’s right hand rested on one cat’s massive head. “Get his gun, Christy, you fuckin’ domkop.”

Christo scooped up O’Leary’s gun and scuttled back toward what? A friend? His brother?

O’Leary tried to stand, but his legs didn’t work. He rolled over onto his back, trying not to scream as the asphalt scraped against raw open wounds. “You fucked me good, Christo,” he said, feeling something like respect for the scrawny, desperate South African.

“I just needed more time to pay you.” Christo actually sounded remorseful. “You didn’t leave me a choice, bru.”

An excited tittering came from the trailer, like laughing.

“Enough of that, my boet. This is a bad man. You did right bringing him to me.” Liebenberg approached O’Leary, his lions flanking him, obedient and terrifying.

O’Leary laughed. It was so absurd. “I suppose being eaten by lions is at least a novel way to go.”

Liebenberg grinned, predatory and all teeth. “Ja, nee, bru. My lions eat good meat.” An excited tittering came from the trailer, like laughing. “Hyenas clean up the garbage.”