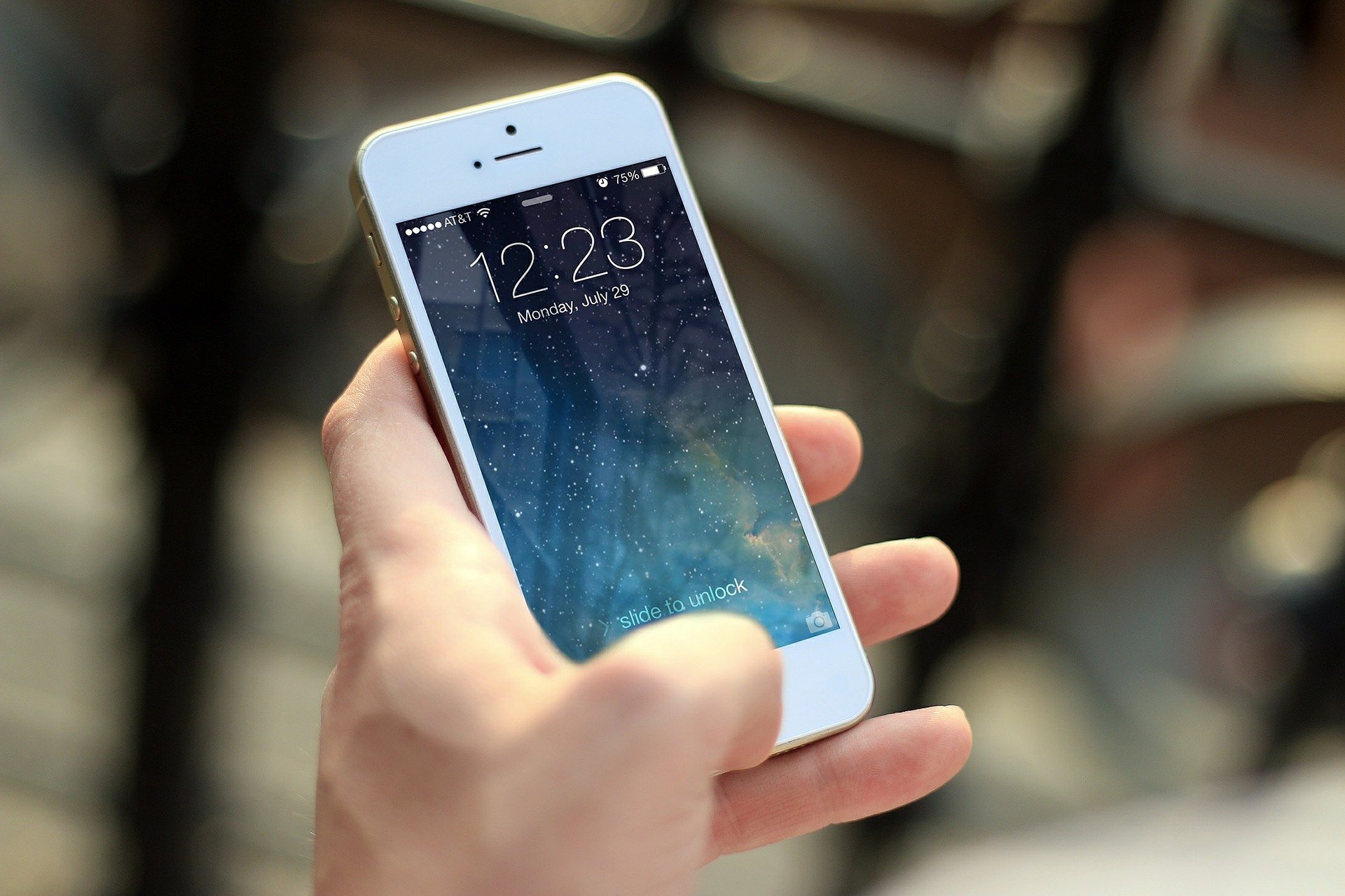 In Don’t Swipe Left by David Kunz, a hit man runs into an old college buddy at a bar with unexpected results.

I was waiting on a text message, a particularly lucrative one, so I decided to kill time at an uptown bar.

A cold beer had just arrived when I heard a voice shouting through the crowd: “Hey, Larry! Are you kidding me?! Larry Williams!”

The voice was distantly familiar, but also annoying. So I ignored it and kept checking my messages. But the LED glow from my phone turned out to be exactly like a fucking porch light in June. A minute later the yelling guy deposited himself in front of me.

And he knew my name. My former name, that is.

It took me a minute to place him.

It was Doug Hayward, an old college bro. We had bonded over computer games and red plastic cups filled with whatever booze happened to be handy. But I only hung out with Doug for a couple years before leaving campus, right around the time I realized I preferred games of a more serious nature.

I noticed Doug’s clothes. He’d clearly been through a long day in the corporate trenches. His eyes were glassy and the knot on his tie had been yanked hard to one side. He wasn’t shit-faced, but he was getting there.

“Doug,” I said making the minimum of effort. “How’ve you been?”

“Larry! Let me buy you a drink, we’ll catch up.” He gestured broadly; the sort of gesture that usually goes along with alcohol and bad impulse control.

His eyes were glassy and the knot on his tie had been yanked hard to one side. He wasn’t shit-faced, but he was getting there.

A phone chirped in his pocket. He pulled it out and worked the device. “Hang on,” he said, “just gotta text one of my money guys. Bills to settle, you know how it is.” He hit a few buttons then looked up again, beaming. “Come on, Larry, help me celebrate. My ship just came in and I need a buddy to brag to.” He was loud and self-centered. I was starting to remember all the reasons I hadn’t stayed in touch.

I told him I didn’t need a drink, but wouldn’t mind a smoke.

On our way to the alley Doug bent my ear about a man named Skinner.

“Yeah, Skinner,” Doug said. “He’s a boss at my firm. But, well, let’s just say the old guy’s being forced to retire. Which gives me free reign over a whole new empire.”

In the alley Doug showed me a picture of a yacht. “See that? She’s all mine, as soon as I take over Skinner’s accounts.”

I barely glanced at the photo as my phone pinged. It was the message I’d been waiting for. I smiled as I read it.

I took out a cigarette but didn’t light it.

“You know what, Doug? I was just on a boat. Care to have a look?” I called up a photo on my phone, but before I could turn the screen in Doug’s direction he snatched it from my hand.

“Let me see,” Doug said. He frowned as he evaluated the picture. “She’s okay, I guess. Nothing special, that’s for sure. Not like the one I can afford now that Skinner’s gone.” He immediately swiped to the next picture on my phone.

He immediately swiped to the next picture on my phone.

“Hey, Larry, you know what?” Doug said and kept swiping. “You never said what you do for a living.”

“Didn’t I?” I raised an eyebrow as I lit my cigarette.

“Because, you know, maybe we could…”

Doug’s voice trailed off. The series of pictures on my phone had his brain spinning. Spinning so fast that he failed to notice the pistol I’d pulled out from under my jacket. Or the suppressor I was quietly attaching.

I watched as a cold wave of reality washed over Doug. “Um, Larry? these pictures, that’s, that’s Skinner on your boat.”

“And he’s wrapped in chains.”

“Yup, all weighted down and ready for the bottom of the ocean.”

I shrugged, “Pretty simple, really. It all happened exactly as you ordered. You reached out to a guy named Lawson, told him Skinner was a road block to your career. You said you’d pay a lot of money to have the obstacle removed. Lawson specializes in that sort of thing. So Lawson called Parachenko, and Parachenko contacted me. And now, thanks to an unfortunate twist of fate, you know who carried out the contract. Which breaks the rules, Dougie Boy.”

I waited as Doug struggled with the cold hard facts of his situation. But Doug Hayward wasn’t the kind of guy who could ever admit he was in trouble. “That’s okay,” I said, “we can forget about all that. Because the payment, your payment, just landed in my offshore account.”

“My payment?” Doug’s words came out flat and hollow.

“I tried to warn you: never swipe left.”

He looked at me, his head tilted. “Huh?”

I raised the pistol and gave him a double tap. Then, just for old time’s sake, added a third. The three rounds formed a neat little cluster directly over his heart, roughly a foot above the look of complete and utter shock on his face.

I collected my phone and finished my cigarette on my way out to the street. The crowded and anonymous street.