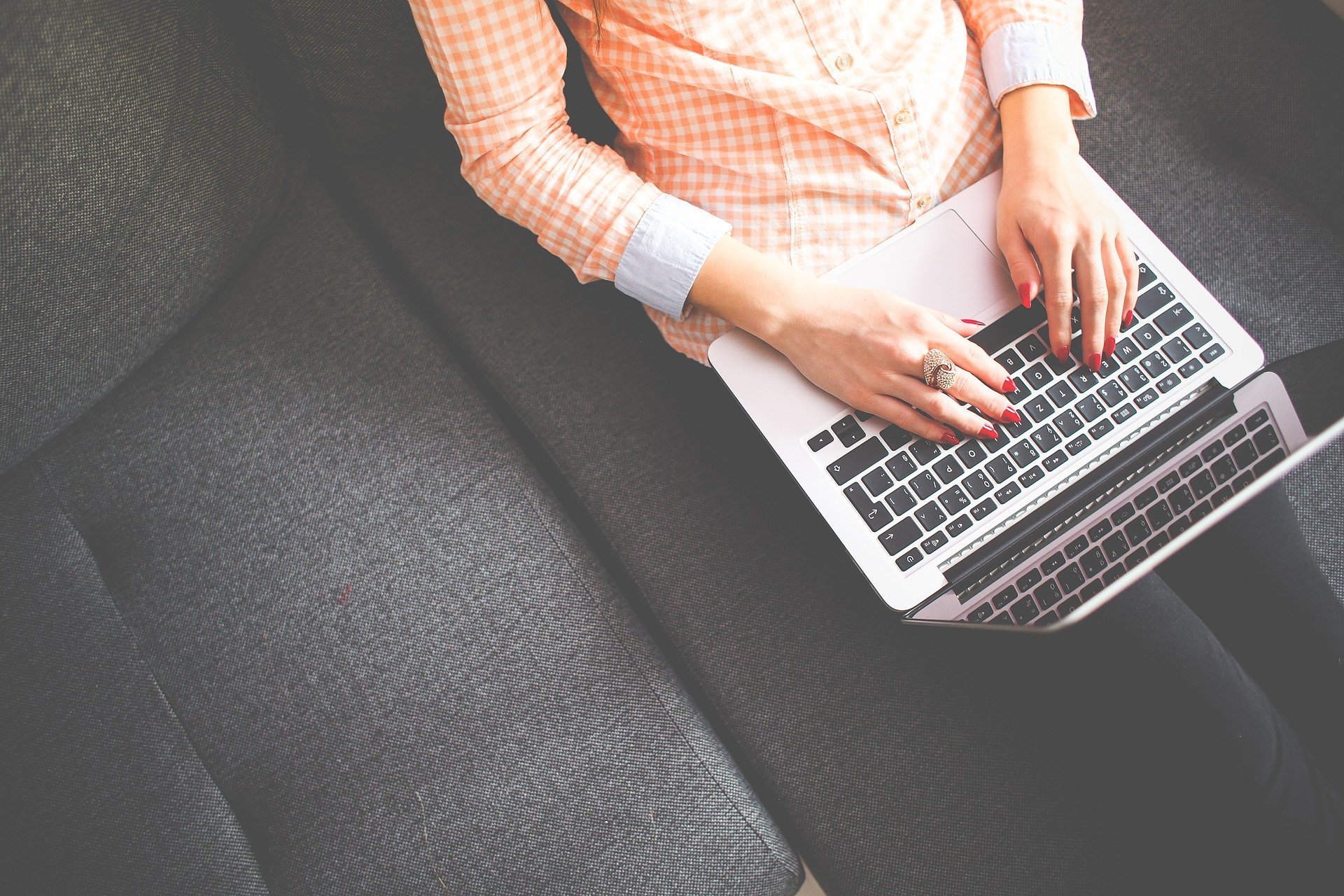 Edgar, Queer Authors, And New Readers: The Kids Are All Right

Each year, the Edgar Awards are a thrilling opportunity to celebrate the best in crime writing, to cheer on friends, and–perhaps most importantly–add books to my towering TBR pile which includes titles from Queer authors. The 2019 winners include two notable titles for folks who are interested in queer books: Robert W. Fieseler’s Tinderbox: The Untold Story of the Up Stairs Lounge Fire and the Rise of Gay Liberation (Best Fact Crime) and Courtney Summers’ Sadie (Best Young Adult).

Have you read Sadie yet? A breakout YA mystery-thriller by Courtney Summers, the book weaves together a revenge narrative with a true-crime podcast, resulting in a novel that’s both an instant classic and inventively, powerfully now. But Sadie is a remarkable book–and its Egdar Award a remarkable win–beyond just the quality of its storytelling, because the eponymous Sadie is queer.

If you look at the winners of the major mystery awards over the years, the diverse main characters you see are far outnumbered by harmful representations of marginalized identities that rely heavily on tropes to tell stories: I’m talking non-dimensional minority sidekicks, toxic masculinity, queer characters either cast as villains or as casualties, etc.

The mainstream mystery-crime-thriller-suspense genre has always been a bit behind the curve when it comes to our changing world. There’s a vibrant group of LGBTQ+ crime writers and readers out here, but these books aren’t celebrated outside the queer community nearly often enough.

A lot of mystery readers–myself included–came to the genre first by way of middle-grade and young adult novels. But Nancy Drew wasn’t exactly an outspoken queer ally back then (the recent comic from Dynamite is a different story) and the shelves of my beloved library weren’t exactly overflowing with books that featured queer main characters.

There’s a vibrant group of LGBTQ+ crime writers and readers out here, but these books aren’t celebrated outside the queer community nearly often enough.

YA has changed a lot since I was a young adult. Harry Potter quite literally changed the way the industry thinks–the series did away with the silly idea that books about young people can only be enjoyed by young people. While YA novels are written to speak to teenagers about the types of issues they’re facing, good writing is good writing, and a story well-told can–and should–appeal to all readers.

In the twenty years since Harry Potter debuted, both teen and adult readers have made the YA category into a huge percentage of fiction sales, but that isn’t the only thing that has changed.

Young Adult novels are some of the most inclusive, groundbreaking, and genre-bendingly inventive fiction being published today. It’s often refreshingly free of those tropes that can bog down genres like mystery, perhaps because it is written primarily to speak to readers who don’t give a crap about what a mystery is “supposed” to be.

Queer representation in YA novels is stunning when you compare it to Adult fiction. The brilliant LGBTQ Reads list (put together by author and blogger Dahlia Adler) tracks books with queer rep in both age categories, and the YA list is roughly three times longer than the Adult list.

Not only that, but it features multiple books featuring identities that you’d be very hard-pressed to find in mainstream Adult fiction at all: trans, nonbinary, genderqueer, demi, ace, pan, intersex, and so on. This means that young people who identify somewhere on the queer spectrum can see themselves in books that are written for them.

And not only are the teen readers of today growing up reading…diverse points of view, they’re likely to grow up expecting it.

This means that cis/het readers have a chance to see the world through the eyes of these identities. Think of the old adage that you need a walk a mile in someone’s shoes to understand them. What better way to walk that mile than through an entire narrative in their point of view?

And not only are the teen readers of today growing up reading these diverse points of view, they’re likely to grow up expecting it–and that could transform the Adult category as well. Authors can change the world one chapter at a time this way, and it makes me so, so hopeful for what’s to come.

In addition to Sadie, here are some other YA mystery/thriller titles for your (and your favorite teen’s) TBR pile:

The Fever King by Victoria Lee. A speculative thriller with an entirely queer cast.

In the former United States, sixteen-year-old Noam Álvaro wakes up in a hospital bed, the sole survivor of the viral magic that killed his family and made him a technopath.

His ability to control technology attracts the attention of the minister of defense and thrusts him into the magical elite of the nation of Carolinia.

The son of undocumented immigrants, Noam has spent his life fighting for the rights of refugees fleeing magical outbreaks—refugees Carolinia routinely deports with vicious efficiency.

Sensing a way to make change, Noam accepts the minister’s offer to teach him the science behind his magic, secretly planning to use it against the government. But then he meets the minister’s son—cruel, dangerous, and achingly beautiful—and the way forward becomes less clear.

Caught between his purpose and his heart, Noam must decide who he can trust and how far he’s willing to go in pursuit of the greater good.

Sawkill Girls by Claire Lagrand. A terrifying horror-thriller with one hell of a hook.

Who are the Sawkill Girls? Marion: The newbie. Awkward and plain, steady and dependable. Weighed down by tragedy and hungry for love she’s sure she’ll never find.

Zoey: The pariah. Luckless and lonely, hurting but hiding it. Aching with grief and dreaming of vanished girls. Maybe she’s broken—or maybe everyone else is.

Val: The queen bee. Gorgeous and privileged, ruthless and regal. Words like silk and eyes like knives; a heart made of secrets and a mouth full of lies.

Their stories come together on the island of Sawkill Rock, where gleaming horses graze in rolling pastures and cold waves crash against black cliffs. Where kids whisper the legend of an insidious monster at parties and around campfires. Where girls have been disappearing for decades, stolen away by a ravenous evil no one has dared to fight…until now.

Death Prefers Blondes by Caleb Roehrig. The most fun you’ll have reading this year.

Teenage socialite Margo Manning leads a dangerous double life. By day, she dodges the paparazzi while soaking up California sunshine. By night, however, she dodges security cameras and armed guards, pulling off high-stakes cat burglaries with a team of flamboyant young men. In and out of disguise, she’s in all the headlines.

But then Margo’s personal life takes a sudden, dark turn, and a job to end all jobs lands her crew in deadly peril. Overnight, everything she’s ever counted on is put at risk. Backs against the wall, the resourceful thieves must draw on their special skills to survive.

But can one rebel heiress and four kickboxing drag queens withstand the slings and arrows of truly outrageous fortune? Or will a mounting sea of troubles end them—for good?

A Line In The Dark by Malinda Lo. A smart psychological thriller.

Jess Wong is Angie Redmond’s best friend. And that’s the most important thing, even if Angie can’t see how Jess truly feels. Being the girl no one quite notices is OK with Jess anyway. If nobody notices her, she’s free to watch everyone else.

But when Angie begins to fall for Margot Adams, a girl from the nearby boarding school, Jess can see it coming a mile away. Suddenly her powers of observation are more a curse than a gift.

As Angie drags Jess further into Margot’s circle, Jess discovers more than her friend’s growing crush. Secrets and cruelty lie just beneath the carefree surface of this world of wealth and privilege, and when they come out, Jess knows Angie won’t be able to handle the consequences.

When the inevitable darkness finally descends, Angie will need her best friend.

“It doesn’t even matter that she probably doesn’t understand how much she means to me. It’s purer this way. She can take whatever she wants from me, whenever she wants it, because I’m her best friend.”

On A Larp by Stefani Deoul. The first in the compulsively readable Sid Rubin adventure-thriller series.

On a LARP introduces readers to teen coder, Sid Rubin, a smartass—and super-smart—high school kid with a strong conscience and a knack for solving problems. This high concept, frenetic ride dives into the fascinating world of interactive role-playing when Sid recognizes the photo of a murder victim during an AP field trip to a police station.

What starts out as an Aha! moment soon finds Sid and her unlikely posse of friends chasing a dark web killer through the middle of a live action role playing game.

For more coverage of titles from queer authors, please see Add These Crime Novels By Queer Authors To Your TBR List In 2019.