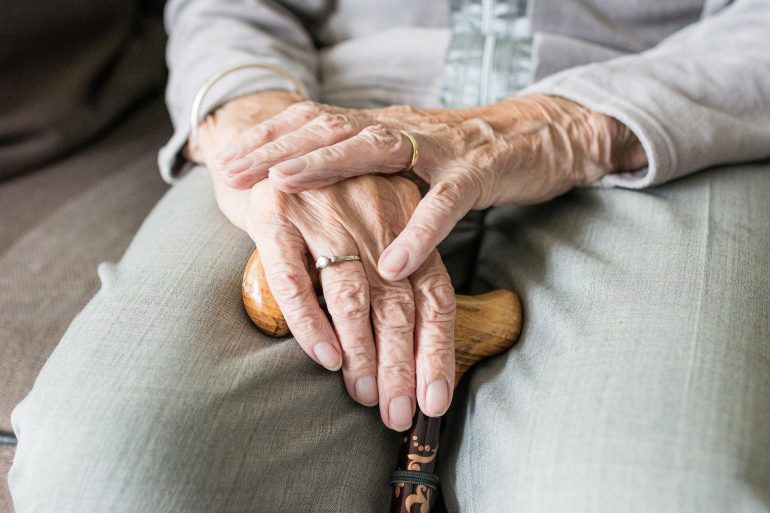 Etiology of a Tragedy: Flash Fiction By Paul Kindlon

Her alarm was set as usual at 7 AM, but Nora awoke earlier that October morning when Fluffy – a birthday present from her granddaughter – made whimpering noises by her bedside. Although it was only six o’clock, some pre-dawn light was already peeking through the kitchen window providing a modest contrast with the still darkened bedroom down the hallway where she put on her blue robe and pink slippers.

After visiting the bathroom to relieve herself, she promised Fluffy a quick walk in the park before breakfast so that her “little stinker” might do the same. Nora clicked on the coffeemaker that had been filled up the night before and got dressed to go outside.

Anticipating the visit to the park, Fluffy began to bark and Nora had to shush her a few times so as not to awaken the neighbors. The Finleys were late risers and “not the friendliest people in the world”. Unlike Benson the door man who always had a smile.

Fluffy went about her business almost immediately and returned to her owner with a big smile or so it seemed to Nora. About half-way through the park they strolled as birds sang and squirrels jumped from tree to tree like professional acrobats in the big top.

Nora’s sense of wonder and well-being was disturbed, however, by a figure in the distance that she could not quite make out. It wasn’t the paperboy – that she knew.

Her old fears began to resurface and her hands shook as she held Fluffy’s leash tighter. It was a black man – she was sure – and he was heading straight for her. Running at full speed half-naked. Oh God…the trauma resurfaced. A childhood episode she thought she thought she had overcome years ago. But no… all the fear and terror of that day returned in a torrent of vivid memories. The screams, the panic, the pain, the feeling of being abandoned by God and the world all at once.

As the black man raced towards her he seemed to be in a state of extreme excitation for he was breathing heavily, arms flailing. A wild man. Fluffy began barking loudly, but she was only a tiny Maltese. Hardly a source of protection.

Nora felt a sharp pain – was it a knife that he held to her throat now piercing her neck? And then it felt as though her rib cage was being squeezed by two powerful vice-like arms.

As she lost consciousness she could see the black man stop just a few feet away with a look of fearful astonishment. He bent down to check Nora’s pulse as Fluffy continued barking. The early morning sunlight filtered through the red and yellow leaves and softly illuminated Nora’s face as the nervous jogger made an emergency call on his phone.

The following weeks would be filled with conversations by Nora’s relatives searching for the clues to the cause of this tragedy. But even we who have full knowledge of the incident cannot be sure of the main cause. Was it not an instance of unlucky chance? Or was it simply old age and a weakened heart? Was it due, perhaps, to the trauma she suffered earlier on in life? Or should we pin the blame on Fluffy? It was the little stinker, after all, who had to go pee early making it possible for the chance encounter with Leon who had been hired by the granddaughter.

A Professor of Humanities, Paul Kindlon has previously published 10 short stories, 9 poems, 30 polemics, a brief Memoir and a collection of Aphorisms. He lives somewhere in New York State.