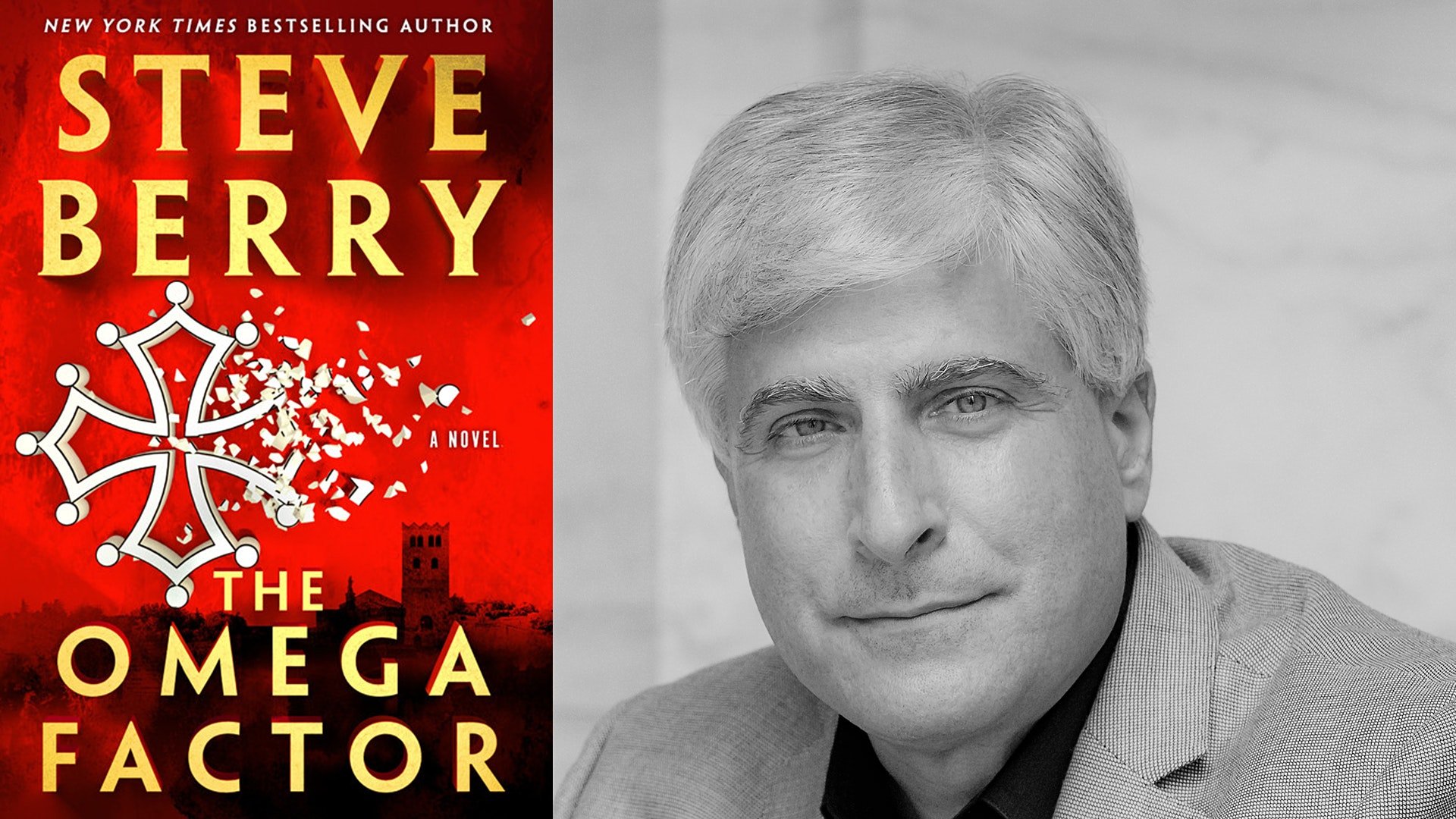 Join Steve Berry as he discusses his new book, THE OMEGA FACTOR.

STEVE BERRY is the New York Times and #1 internationally bestselling author of sixteen Cotton Malone novels, five stand-alone thrillers, and several works of short fiction. He has 25 million books in print, translated into over 40 languages. With his wife, Elizabeth, he is the founder of History Matters, an organization dedicated to historical preservation. He serves as an emeritus member of the Smithsonian Libraries Advisory Board and was a founding member of International Thriller Writers, formerly serving as its co‑president.

THE OMEGA FACTOR The Ghent Altarpiece is the most violated work of art in the world. Thirteen times it has been vandalized, dismantled, or stolen. Why? What secrets does it hold?

Enter UNESCO investigator, Nicholas Lee, who works for the United Nations’ Cultural Liaison and Investigative Office (CLIO). Nick’s job is to protect the world’s cultural artifacts—anything and everything from countless lesser-known objects to national treasures.

When Nick travels to Belgium for a visit with a woman from his past, he unwittingly stumbles on the trail of a legendary panel from the Ghent Altarpiece, stolen in 1934 under cover of night and never seen since. Soon Nick is plunged into a bitter conflict, one that has been simmering for nearly two thousand years. On one side is the Maidens of Saint-Michael, les Vautours—the Vultures—a secret order of nuns and the guardians of a great truth. Pitted against them is the Vatican, which has wanted for centuries to both find and possess what the nuns guard. Because of Nick the maidens have finally been exposed, their secret placed in dire jeopardy—a vulnerability that the Vatican swiftly moves to exploit utilizing an ambitious cardinal and a corrupt archbishop, both with agendas of their own.

From the tranquil canals of Ghent, to the towering bastions of Carcassonne, and finally into an ancient abbey high in the French Pyrenees, Nick Lee must confront a modern-day religious crusade intent on eliminating a shocking truth from humanity’s past. Success or failure—life and death—all turn on the Omega Factor.