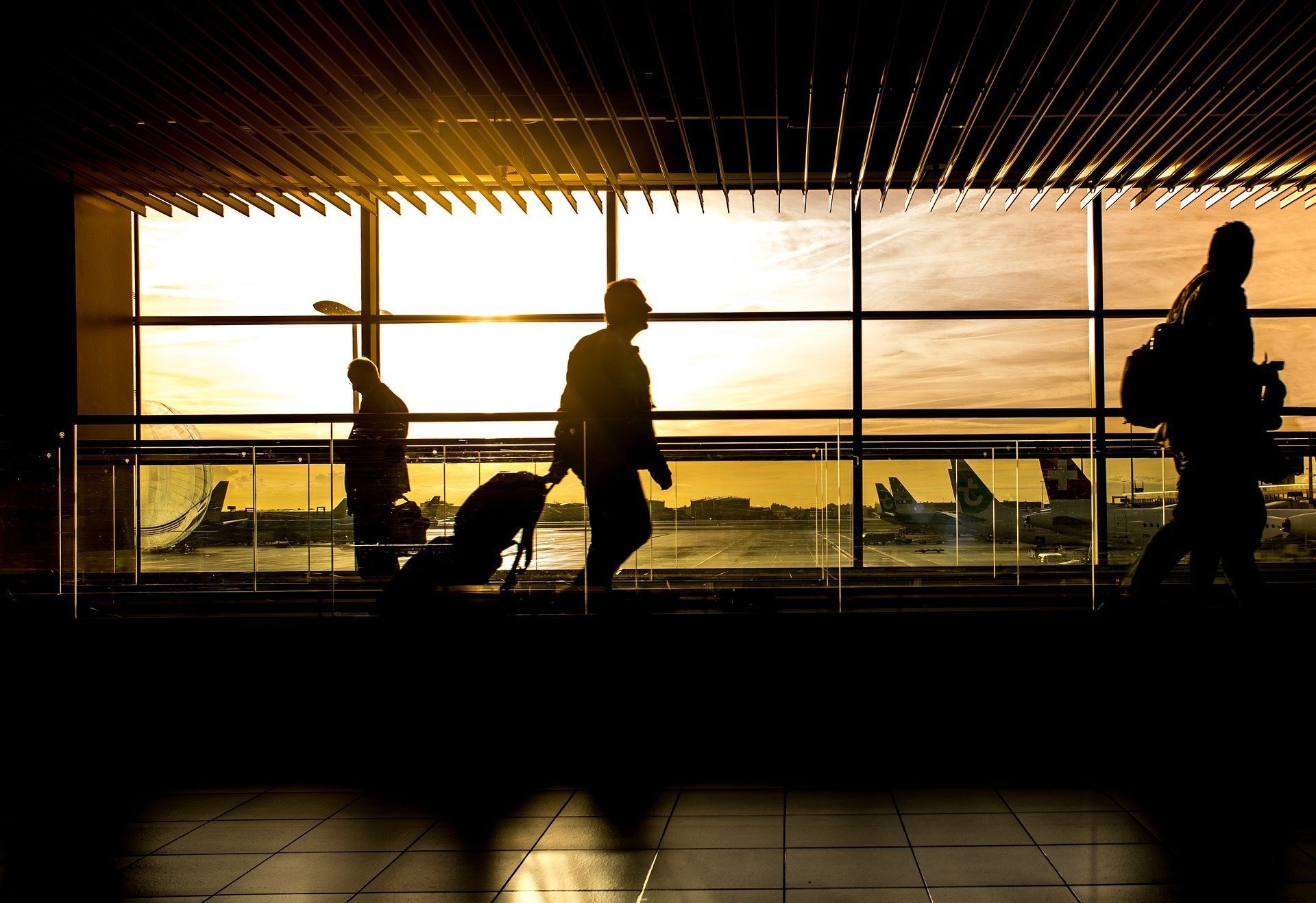 For The Russians By J.B. Stevens: Flash Fiction Inspired By A Youtube Video

J.B. Stevens, author of For The Russians, lives in the southeastern United States with his wife and daughter. His short fiction and narrative non-fiction has been published by Mystery Tribune, Out of the Gutter, Close To The Bone, and Punk Noir Magazine among others.

For The Russians is inspired by an airport incident featured in the following Youtube video.

The Airport’s carpet was sticky and smelled of too many unwashed travelers. I didn’t like having my face jammed into it, but these things happen in my line of work. My nose hurt. I pushed myself up and rubbed the appendage. I looked at my hand—blood. I secured the surgical mask over my face and put on my sunglasses.

Tina, my partner, was raising hell. She was the best at drawing attention. I cared for her, maybe even loved her, and that made the next part so hard. I didn’t want to screw her over, but I had twenty million reasons.

I looked left, then right. Tina’s commotion was working perfectly. She stood there in her cheap weave and Wal-Mart sweatpants, playing the part. Even I half believed it, and I’d been at her Princeton graduation.

She’d picked a fight with a young mother, and the father stepped in. Tina started acting ghetto, throwing things, waiving her hands. It was like a match to tinder, the world exploded.

The father got in Tina’s face. A baggage-handler told the father to back the fuck off. Soon, the two men were punching and writhing and screaming and cursing. Tina was egging them along. She was amazing at playing parts. When we first got into the game, she’d taken acting lessons at Julliard.

As the father and bagman struggled, more yelling broke out. The gate agent tackled a passenger. Someone yelled “Worldstar”. Cameras started filming. Violent pairs rolled on the floor, spitting and yelling.

The father got in Tina’s face. A baggage-handler told the father to back the fuck off. Soon, the two men were punching and writhing and screaming and cursing.

Tina smiled, she’d put it all in motion. She was better at playing people then anyone I’d ever seen—the best. Well, except for me. I was playing her.

She stood by the entry to the jetway and pointed at the scrum, “they scrappin!”

I looked at her and winked. She flicked her head towards the airplane.

The cops started pulling people apart. “What the hell is going on?”

The fighting continued. Above the check-in station, little red light flashed, and a siren started blared. Two pilots stomped out of the jetway and four stewardesses followed.

Tina and I had done our research, that was the entire crew. Tina gave me a thumbs up. I slipped into the empty space and sprinted to the plane. I stepped onto the aircraft, no staff stopped me. The seated passengers were buried in their phones and oblivious to what was really happening.

I strode to the cockpit—no one ever stopped a man who acted like he belonged. No one ever stopped me. I pulled the flash drive out of my pocket and put adhesive gum on the back. I secured it under the pilot’s seat.

I looked left and right. I was fully un-noticed, a ghost. I smiled, turned, and jogged up to the terminal.

As I moved, I pulled my burner phone and texted the Russian. “The package is in the mail.”

He texted me back. “Payment is forthcoming.” I smiled. It was all coming together… As soon as I took care of Tina it was over. I was out of the game. She would take the fall, and I was clean forever.

The burner dinged and I checked the digital bitcoin wallet. I did a quick conversion in my head—$40 million U.S., not a bad day’s work. I slipped the phone in my pocket, took a deep breath, and tried to slip out.

As I stepped into the terminal the airport was quiet. There was no fighting, no yelling, just tranquility. Tina was in the center of the crowd. She’d removed the stupid weave and put on a well-tailored trench coat. She was tall and proud, every bit herself—an Ivy-league educated lawyer turned corporate spy.

She nodded at me. “Hello Jimmy.”

Two men in dark coats stomped over, grabbed my arms, and handcuffed me. They were rough.

I looked at Tina. “The fuck is this?”

She turned her back to me and waived at the silent crowd. “Great arrest, team. Impressive work. The director will be very pleased.”

Tina patted a passenger on the back. She shook the gate-agent’s hand. They all smiled and laughed.

My heart pounded. I felt tears well. My ears buzzed.

She shrugged and walked over. She leaned close and whispered in my ear. “Most of it.”

My neck got hot. “Did you ever really love me?”

She laughed. “Are you serious? You fucking bitch, you believe in love? What is this, a Lifetime movie?”

I felt nausea rising. “So, what was real?”

“The Russians, and their payment, that was legit. Of course, I’m the only one that has access to the bitcoin wallet…” She pulled back, looked at me, and winked.

She pointed towards the exit. “Take him away, boys.”

The rough men took me to a holding cell in the bowels of the airport.

If you’ve enjoyed For The Russians by J.B. Stevens, you can check out other stories by the author here. Additionally, our free digital archive of crime, thriller, and horror flash fiction is available here. Premium short fiction published by Mystery Tribune on a quarterly basis is available digitally here.