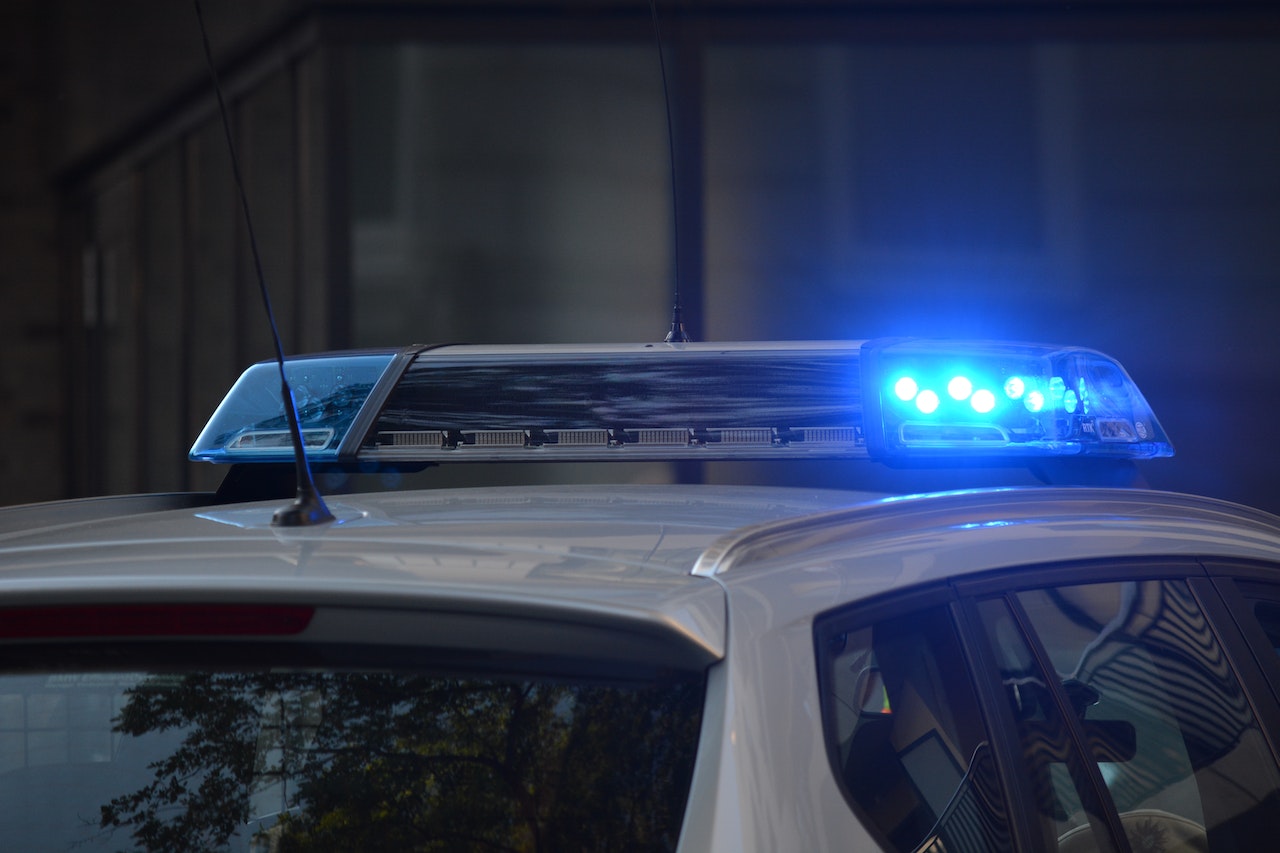 Patrick B. Simpson, author of Getaway, lives in Montgomery Village, MD. He graduated from Southern New Hampshire University with an M.A. in English and Creative Writing and has previously been published in The Penmen Review.

The bullet struck me in the left shoulder as I made the wide turn onto Venice Street. I kept my sights on the streets, but the gunshot wound dictated to me where the car would go. I must’ve gotten another forty yards before I crashed the Toyota into a lamppost. My head banged against the steering wheel. I didn’t pass out, but I was seeing three of everything. The noise of the outside world went in and out. I grabbed the only two items from the passenger seat that had any purpose to me now: the Smith & Wesson .38 and the sack dark blue pillowcase of bank money.

After opening the car door, my body slipped out onto the paved street. I clutched the pillowcase to my chest like it was a newborn baby. A few people rushed to me, but stopped themselves when they saw the gun in my right hand. Instead of running away, the tourists took out their phones to document the incident.

After opening the car door, my body slipped out onto the paved street.

I tried getting up but my left leg wouldn’t let me. It was broken in a couple of places. All I could do was stand and keep the concentration on the right leg. I took a few seconds to remember how many bullets were in the gun. I fired one into the ceiling to get everyone’s attention, and then fired one into the head of the bank teller after she reached for a panic button. That meant I had four bullets left.

I hobbled a few feet before my sights caught the uniformed cop walking towards me. The nine-millimeter Glock he carried was still smoking. He wasn’t running towards me, but looked at me like a lion would with a wounded gazelle. The cop must’ve known I was thinking of using the Smith & Wesson because he aimed his gun before I could raise mine. I knew I wasn’t going to make a clean escape, so I dropped the gun. I clutched the pillowcase to my chest, giving myself a few more moments before losing the money forever.

The cop stopped about twenty feet from me. Closer examine showed he was younger than what I originally thought. He was somewhere in his mid-thirties, with an oval face, and a buzz cut that would make any officer proud. The wrinkle-free uniform reflected off the sun, nonmoving by a soft breeze. His gun was still pointed at me.

I stopped myself when I looked into his eyes. They were the same green eyes I had seen in the bank when I shot the bank teller. My head slowly moved to the nametag on his left breast pocket. It said McCauley. That was the same last name on the nametag of the bank teller before I shot her. I tried my best to show remorse when our eyes met again.

He put a round into my chest. My back struck the side of the car. I slumped down until the left side of my body hit the ground. All I could hear were people screaming.

McCauley walked up to me, his eyes turning red. He didn’t take out his radio, nor did he tell any of the screaming people that the situation was under control. He knelt down so our faces were only a few inches away from each other. The last thing he wanted to see was the fire burn out inside me.

And I gave him the satisfaction.